The Great American Road Trip: Follow in the Footsteps of American Authors

Hit the Road in Search of America on These Book-Inspired Road Trips.

Let’s face it; road trips are as American as blue jeans, apple pie, and the Fourth of July. There are few things more liberating than the sense of freedom that comes with hitting the road, never sure what adventures await. Freeform meanderings not only satiate your wanderlust, but they can introduce you to places and people you’d never see when traveling by plane.

A great road trip creates memories that last a lifetime. They generate plenty of tall tales and wild stories too. Perhaps that’s why the inspiration for some of the best books ever written by American authors come from their journeys by car, truck, van, or motorcycle.

Some of those books remain classic works of literature that have inspired new generations of travelers for decades since they were first published. If you’re looking for a bit of inspiration for your own upcoming road trip, these are the American authors whose footsteps—or tire tracks—you should follow.

It’s impossible to list all the great stories that reflect a diverse nation. So please leave your book recommendations in the comments below. 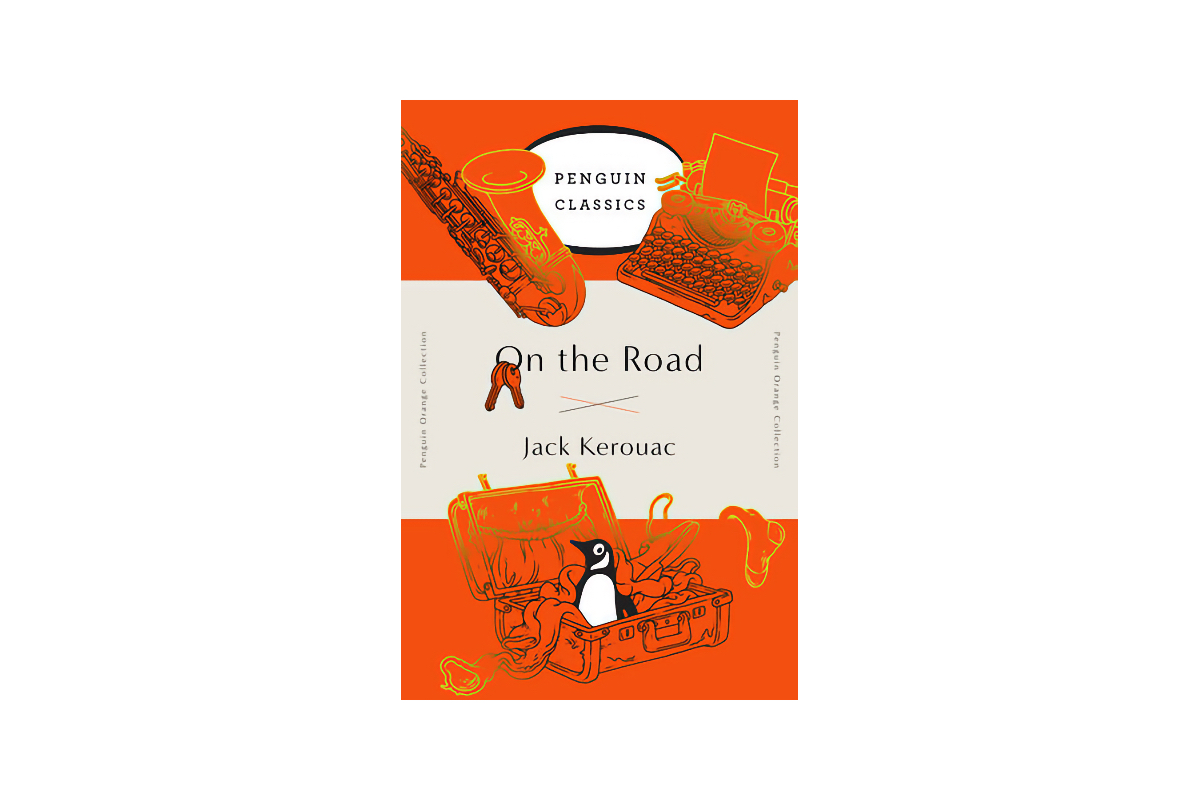 On the Road by Jack Kerouac

A list of great American road trip books wouldn’t be complete without a mention of Jack Kerouac’s On the Road. A fictionalized account of a series of road trips that Kerouac made with friends throughout the late 1940s; the book is regarded as a seminal work of American literature by fans and critics alike.

Published in 1957, the novel takes readers from New York to San Francisco, with stops in Chicago, Houston, Los Angeles, New Orleans, and dozens of other American cities and towns. One adventure even sees Kerouac’s alter ego, Sal Paradise, and best friend, Dean Moriarty, head south of the border into Mexico. Highlights of their travels include philosophical late-night debates, alcohol and drug-fueled parties, and a shared love of jazz.

Route: Kerouac and his friends launched their journey from New York and drove through nearly a dozen states on their way to San Francisco. The return trip took them across California, Arizona, New Mexico, Texas, and Louisiana before turning north for home. A drive of that size and scope seems custom-made for an RV. 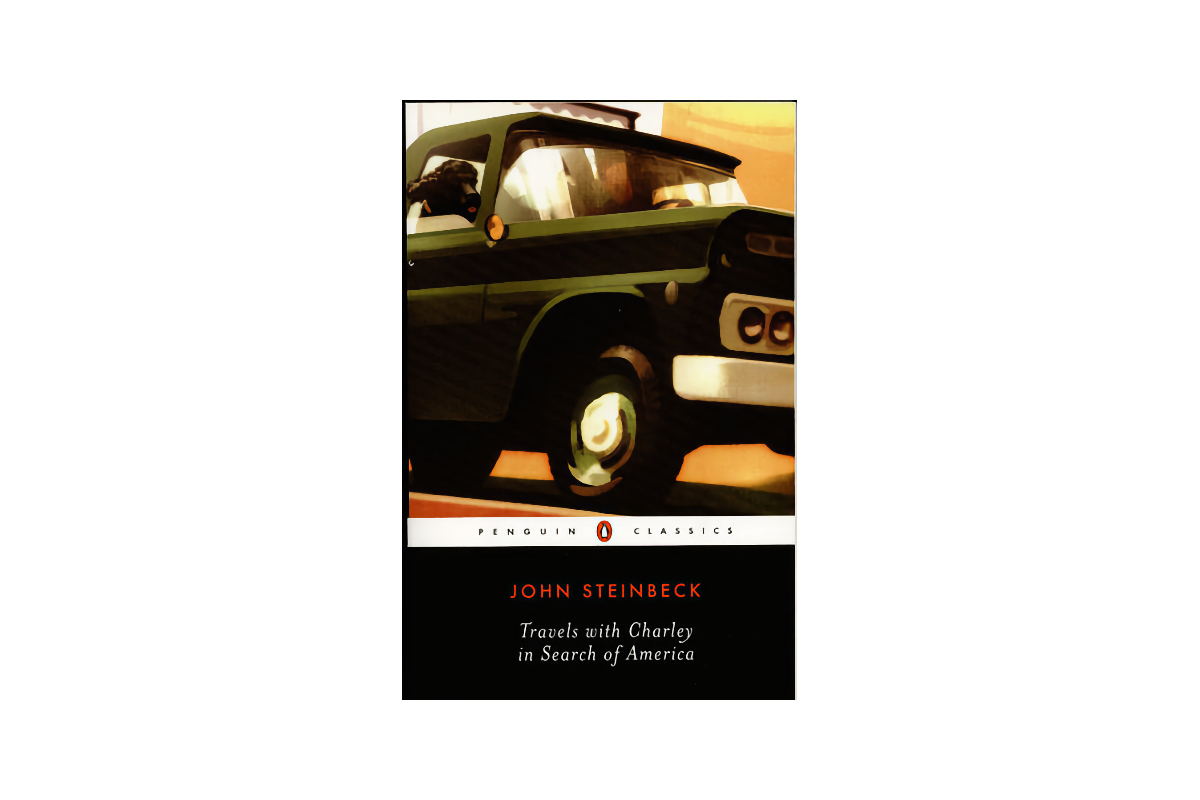 Travels with Charley by John Steinbeck

John Steinbeck was adept at blending humor, tragedy, and wit while chronicling life in America. One of his later works, Travels with Charley, resulted from a 1960 road trip with his French poodle—the titular Charley—during which they spent three months driving around the country. At the time, Steinbeck was ill and nearing the end of his career but felt compelled to pack up and hit the road with no clear destination or route in mind.

Driving a pick-up truck with a custom-made bed camper, Steinbeck and Charley visited 38 states. The truck—which he named “Rocinante” after Don Quixote’s horse—served as the perfect companion as they explored a rapidly-changing nation that Steinbeck didn’t always recognize. His stories from the road are often sweet, sometimes sad, and occasionally funny. This travelogue is as much about the author’s philosophical journey as his physical one.

Route: Steinbeck’s route covered nearly 10,000 miles, starting in Maine and heading west to Montana and Washington. After reaching the Pacific Northwest, he turned south to California before turning Rocinante east to Texas and pushing on into the Deep South. The trip’s final leg was along the East Coast before the author returned to his home on Long Island.

Zen and the Art of Motorcycle Maintenance by Robert M. Pirsig

This 1974 semi-autobiographical book follows a road trip taken by its author and his 11-year-old son, Chris. The duo traveled from Minnesota to California by motorcycle, spending 17 days wandering the backroads of the American West and often sleeping at remote campsites.

Zen and the Art of Motorcycle Maintenance is as much about philosophy and discovering oneself as it is about travel. It chronicles the author’s journey and asks profound philosophical questions about living a grounded life versus one that embraces romantic ideals. Those themes helped to make it an instant classic when it was released, selling more than five million copies worldwide.

Route: The route began in Red River Valley, Minnesota and ended in San Francisco, California. The two travelers visited North and South Dakota, Montana, Idaho, and Oregon en route, making this a scenic and accessible journey for anyone to follow. 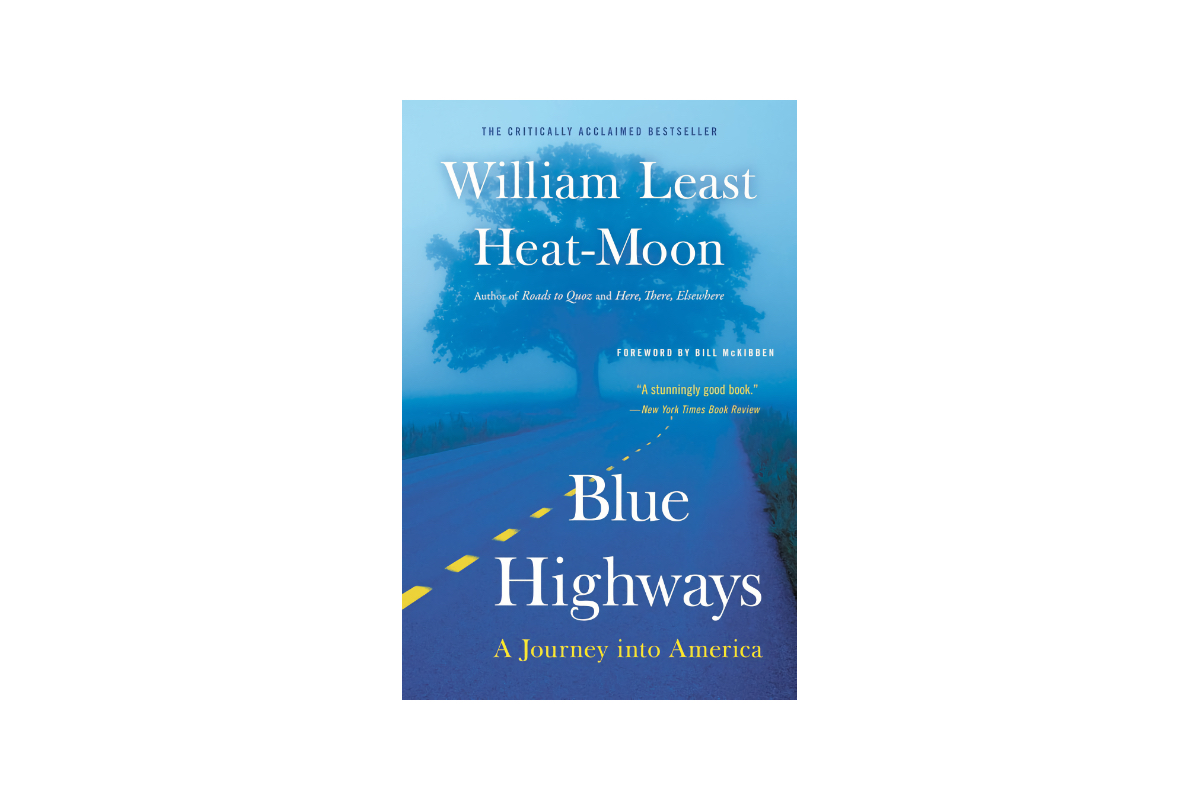 Blue Highways: A Journey into America by William Least Heat-Moon

After losing his job and separating from his wife, William Least Heat-Moon set off in his van on a three-month road trip around the US. His goal was to leave the fast-paced, crowded cities behind to visit smaller rural communities oozing with character and charm. To reach those places, Heat-Moon would only follow the “blue roads,” which was the color used by the Rand McNally Road Atlas to designate two-lane routes that diverged from busy highways.

Before embarking, the author overhauled the interior of his van, adding a bed, a small camping stove, and a portable toilet. It would serve as his home for most of the road trip, which he shares in detail in Blue Highways. The book offers historical information about the places he visited and conversations he shared with the people he met in his wanderings. Those stories paint America as a place with deep traditions and richness of character that can only be found on the road.

Route: Heat-Moon wandered far and wide on his travels, visiting nearly every state in the continental US. His path went up and down both coasts and through the states that border Canada and Mexico. He spent plenty of time exploring the southern states as well before detouring into the Heartland with stops in Missouri, Illinois, Indiana, and Ohio. 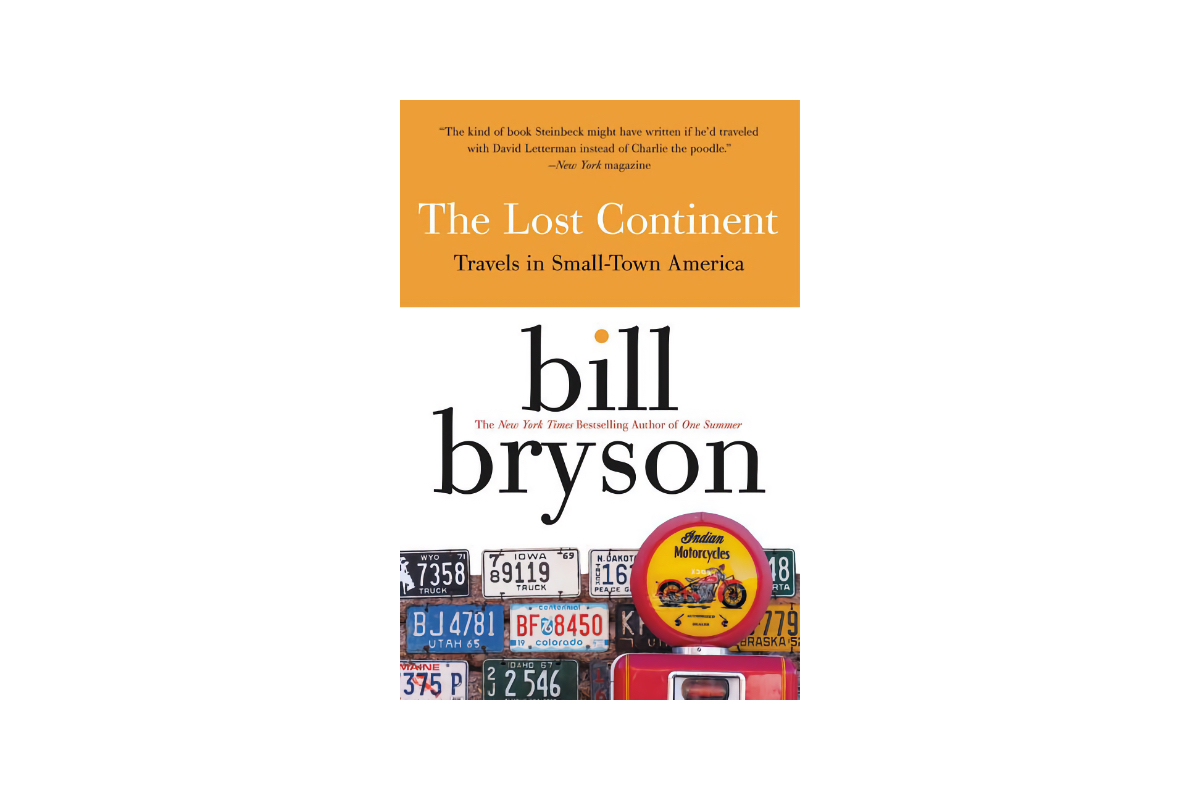 After living abroad for nearly 20 years, author Bill Bryson returned to the US and went in search of the idyllic small town. His travels take him to almost every corner of the country, covering nearly 14,000 miles in the process. Intentionally avoiding the more popular tourist traps and overcrowded cities, he instead finds himself visiting rural communities, making humorous—and sometimes biting—observations as he goes.

The Lost Continent was one of Bryson’s first attempts to write about travel, although the book is more than just an account of his road trip in an old Chevy Chevette he borrowed from his mom. It also mixes in wistful stories of his childhood in Iowa while desperately trying to reconnect with a country that has changed dramatically while he was away. In true Bryson style, the book will make you laugh out loud while inspiring plans for travels of your own.

Route: Bryson’s road trip—and book—was broken into two parts: East and West. Both journeys started and ended in Des Moines, Iowa. The first part circles through the eastern US, visiting parts of the Midwest, South, East Coast, and the New England States. The western leg came later, with the author wandering across the Great Plains into the American Southwest before heading on to California and back through the Rocky Mountains. 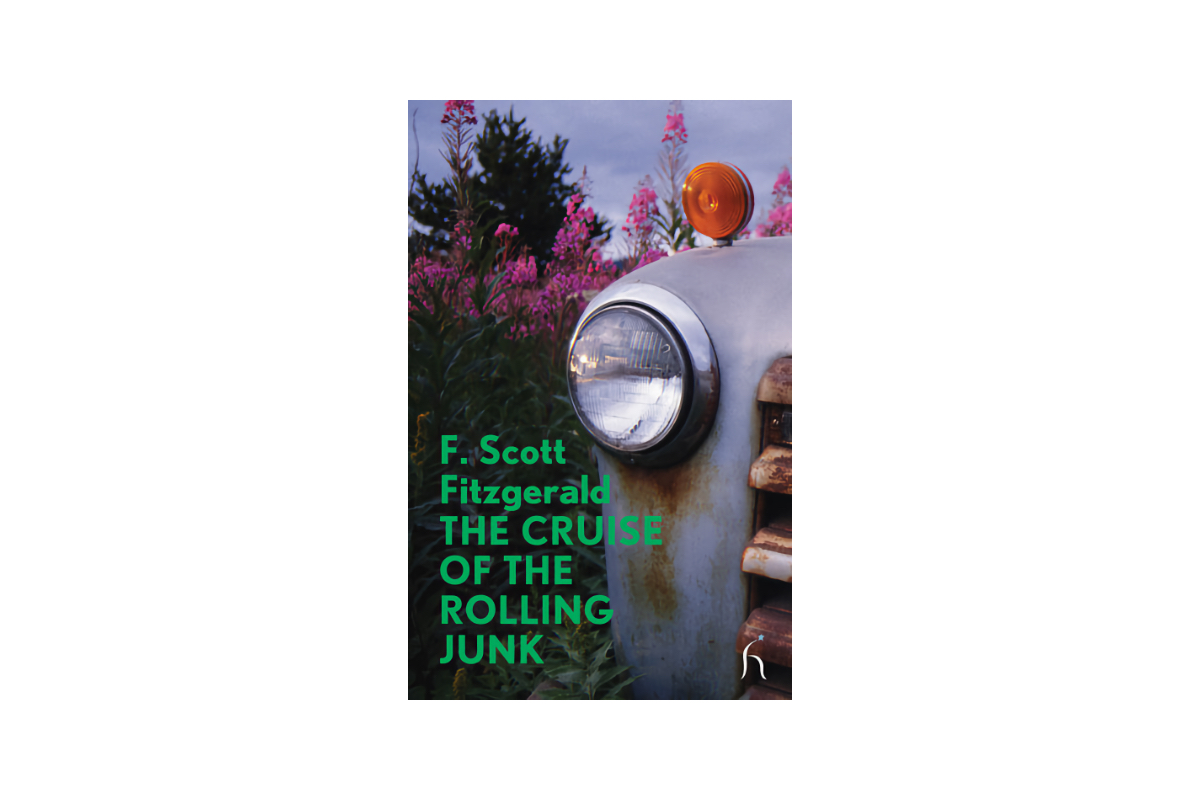 The Cruise of the Rolling Junk by F. Scott Fitzgerald

Road trips weren’t as common in 1920 as they are today, but that didn’t deter writer F. Scott Fitzgerald and his wife Zelda from setting out on an adventure. The duo traveled in a 1918 Marmon that they nicknamed the “Rolling Junk,” driving from Connecticut to Montgomery, Alabama, on a quest for biscuits and peaches.

The book consists of articles initially written for Motor magazine. It details life on the road for the newly married couple, sharing glimpses of America’s early love affair with the automobile. However, that love is put to the test on this adventure, which spanned eight days and covered 1,200 miles.

Route: The Cruise of the Rolling Junk started in Connecticut and ran south through New York City, Philadelphia, Washington DC, Charlotte, and Atlanta, before arriving in Montgomery. That’s a road trip that remains a worthy one to this day, combining history, culture, and cuisine throughout. 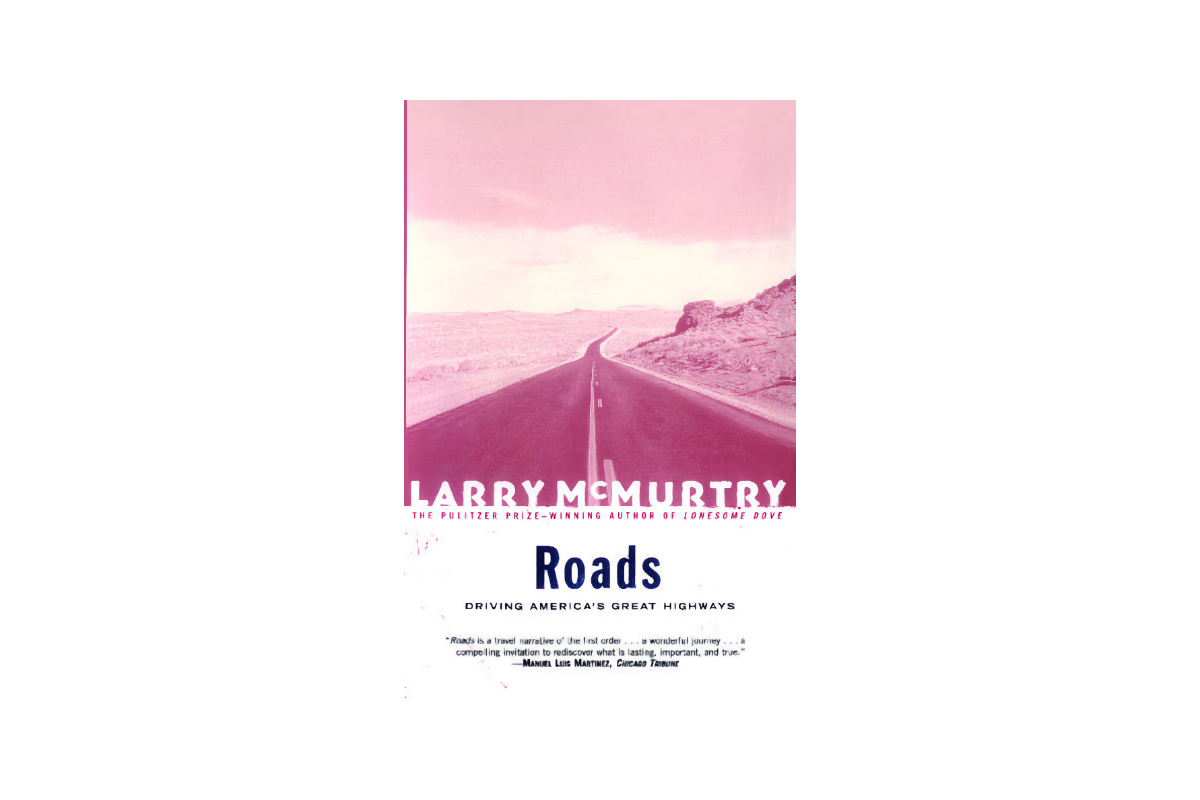 Image Courtesy of Simon and Schuster

Unlike other authors on this list, Larry McMurtry didn’t eschew the main highways that crisscross the country in favor of smaller backroads. Instead, he embraced the busy interstates, finding much to love—and a few things to criticize—along the way. The result is a book that embraces all there is to love about a good road trip, even as technology has made those journeys more impersonal than they were in the past.

A fast-paced read, McMurtry fills Roads with the lovely prose readers have come to expect from his best-selling works of fiction. Whether he’s taking in a picturesque sunset over the plains of Kansas or basking in the glow of city lights, the author paints a vivid picture of the places he visited. This is a road trip through modern America that relishes in the idea that the journey is far more important than the destination.

Route: McMurtry’s exploration of America’s highways took him all over the country, although it was his fascination with Highway 281 that inspired this book. That road slices through the Heartland, running from the Mexican border in Brownsville, Texas, to the New York City, border in Dunseith, North Dakota. For the first seven years of his life, the author lived within a stone’s throw of that freeway, and it inspired a wanderlust that remained with him his entire life.

These are just a few exceptional road trip books from some of America’s greatest writers. Their words will undoubtedly provide inspiration for setting out on a grand adventure of your own. The only hard part will be deciding where you want to go first. 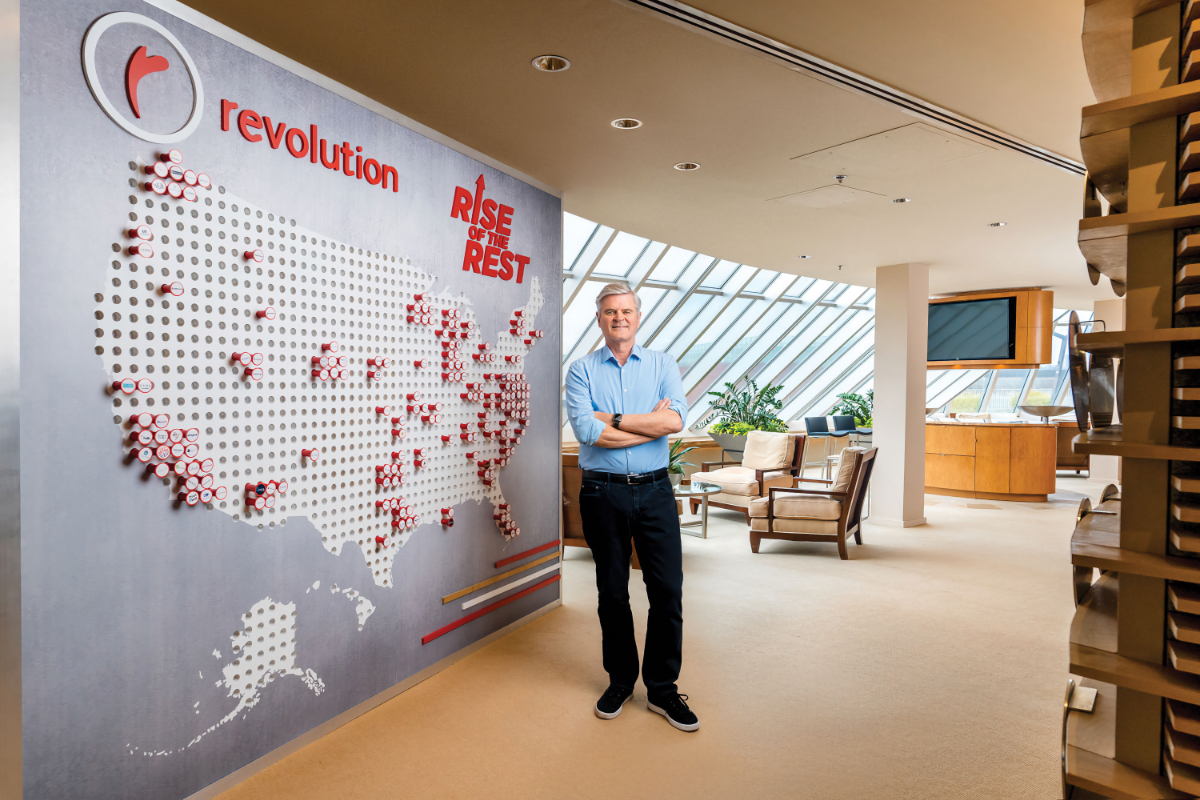 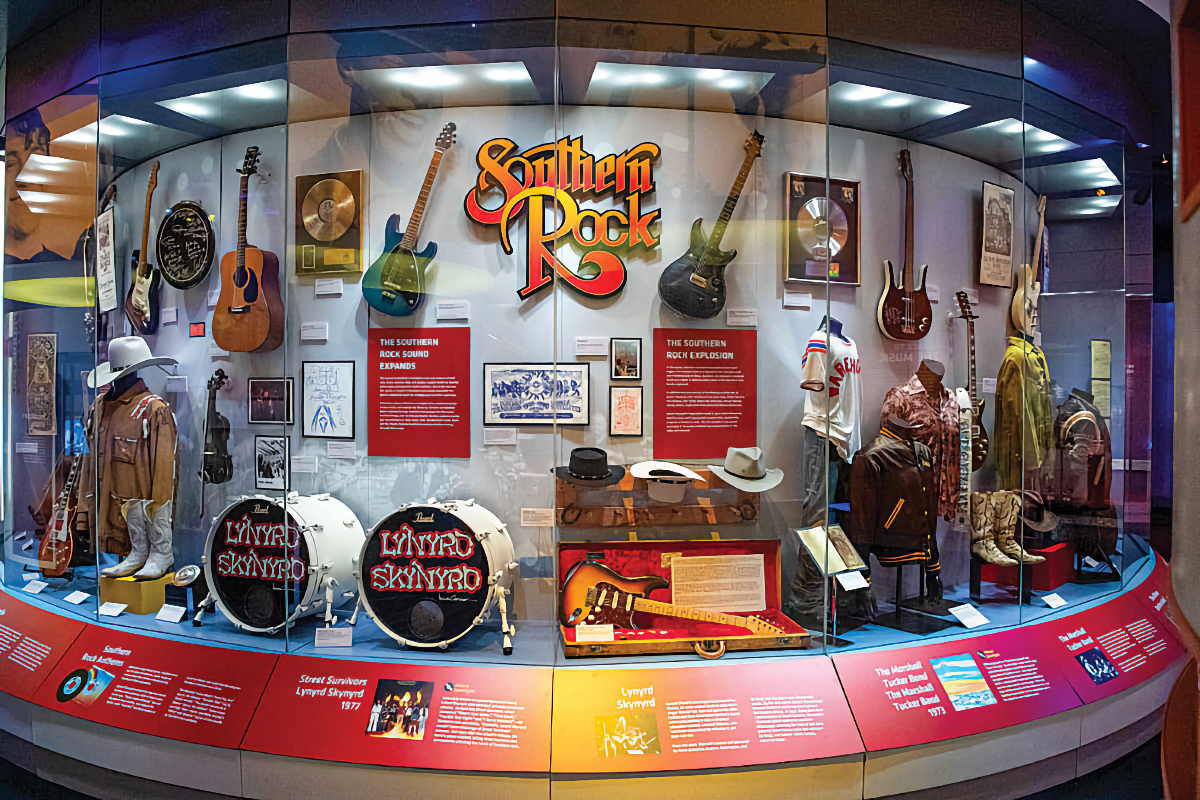 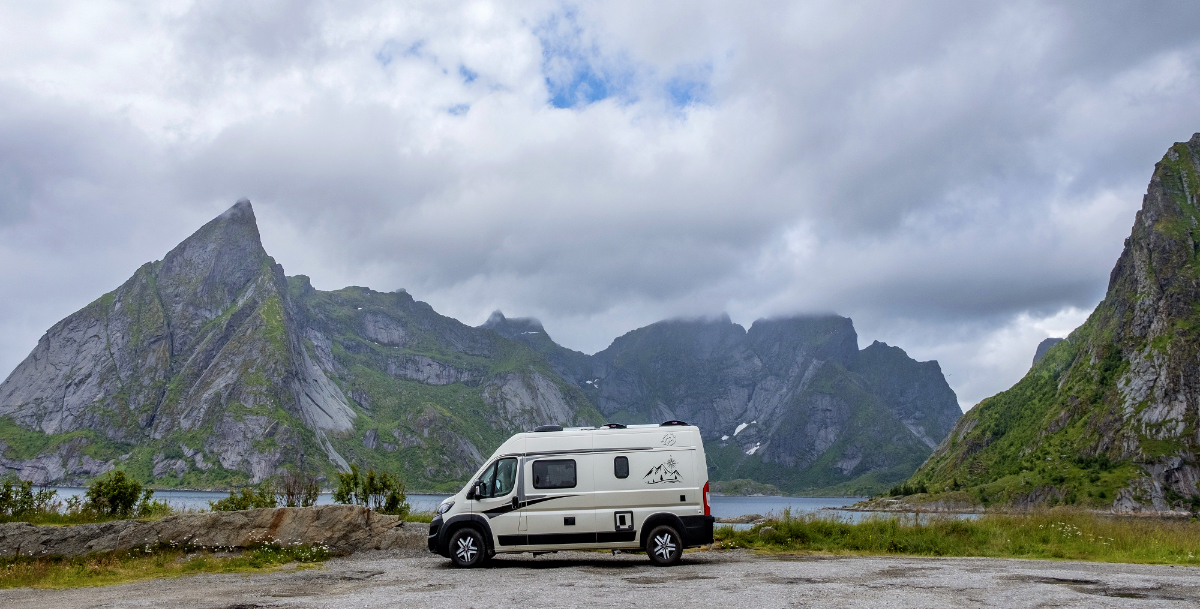 How to Select the Perfect Boondocking Campsite