The Minimalist Slide-In is a Versatile Option for Truck Owners

As pickup trucks continue to evolve, so to do the campers designed to fit snugly into their beds. In recent years, we’ve seen a number of unique models with creative floorplans that utilize their limited interior space in new and exciting ways. Many of these campers include impressive technology and upscale amenities that rival those found in much larger RVs. But the Project M from Four Wheel Campers goes the opposite direction, providing a simple interior and ultra-light design that offers plenty of opportunities for customization.

Built to fit most modern pickup trucks, the Project M is less a traditional camper and more of a truck bed topper. The unit slides into place and connects to the bed rails of the vehicle, covering the space without filling it in the same that most truck campers do. This allows owners to completely customize the interior to their liking, adding chairs, a table, appliances, or whatever else they might need. In this way, the Project M brings the same level of customization found in camper vans while keeping its price down to an affordable level. 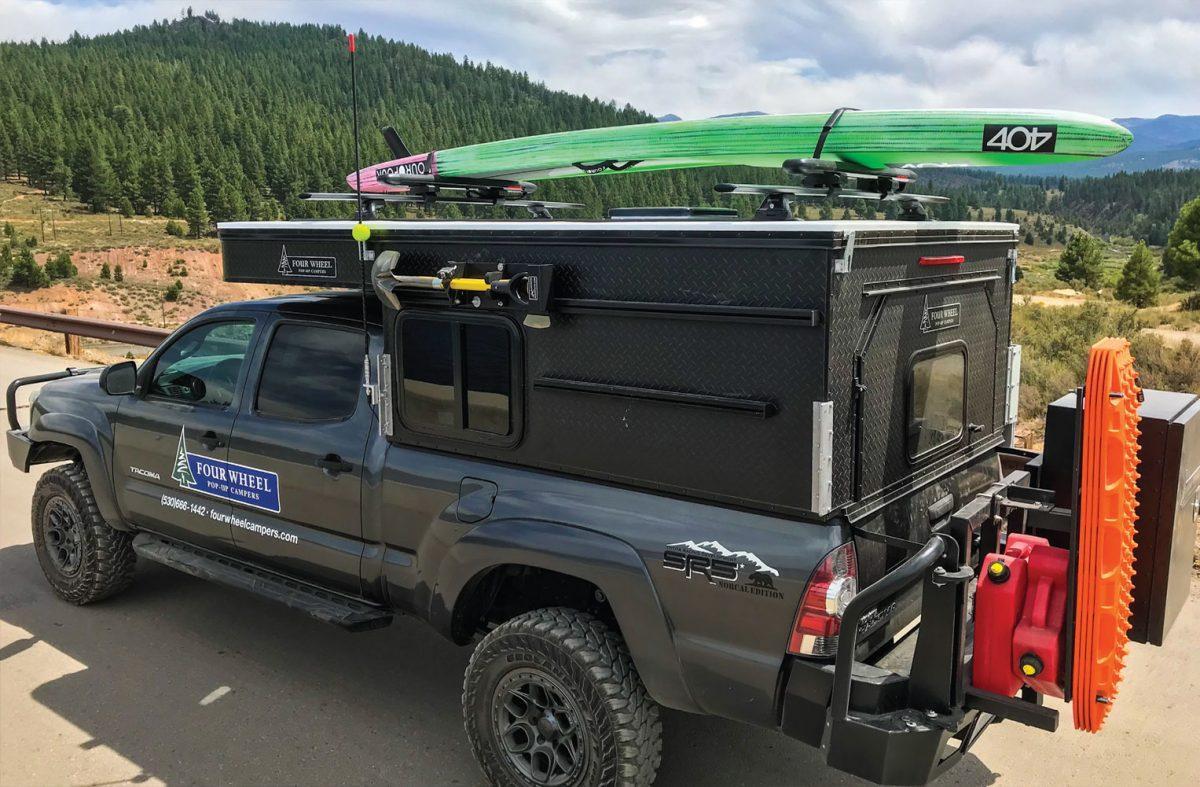 While in transit, the Project M stays locked into a low-profile, more aerodynamic position. But once parked at the campsite, the camper’s roof pops up, revealing a cabover sleeping area and higher ceiling, making it much easier to stand up inside. The bed offers ample room on mid-sized trucks but expands to make use of the space available on larger pickups.

As mentioned, the interior of the Project M leans toward a more minimalistic design. The camper doesn’t have a long list of features and amenities but does offer aluminum jack brackets, sliding windows, and a 13″-wide shelf along either side of the truck bed. It also comes pre-wired for power and solar and has a fire extinguisher, smoke detector, and carbon monoxide alarm. Otherwise, most of the interior is a blank slate, allowing owners to customize to fit their needs. 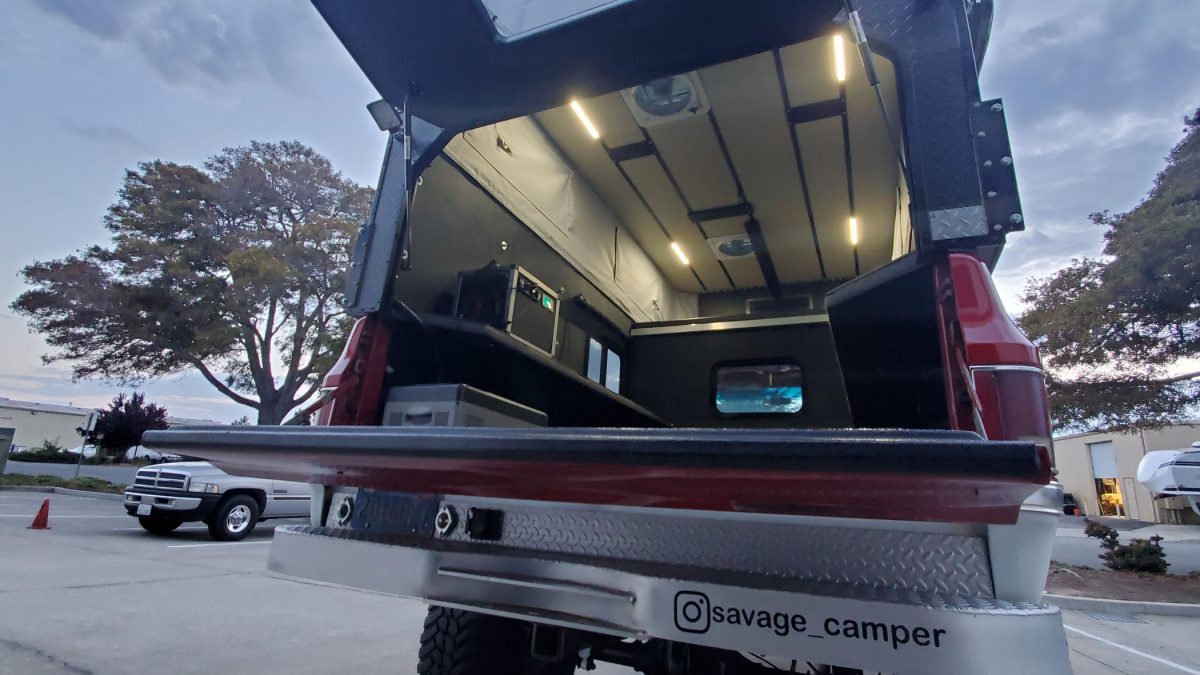 Four Wheel Campers offers several optional upgrades for those who would prefer a few luxuries in their RV. For instance, the company will install a Dometic mini-fridge, rear flood lights, awnings, and a portable toilet upon request. It also has a wide variety of roof racks for carrying additional gear and has a solar package that includes panels and battery packs for onboard power.

Perhaps the most impressive feature of the Project M is its weight—or lack thereof. The camper tips the scales at a mere 375-475 pounds, depending on the model and its installed options. That is hundreds of pounds less than most other truck bed campers, meaning it should have less of an impact on fuel economy. It also means the camper might make an excellent companion for an electric pickup truck like the Ford F-150 Lightning, which has struggled with range when towing a travel trailer.