The Spacious Off-Road Capable Towable is Only Available in Australia

The Space X Air travel trailer from Mars Campers is proof that a rugged towable can still deliver plenty of amenities. Built to survive Australia’s demanding Outback, the pop-up includes an impressive list of features that make it an enticing option for glamping at a remote campsite. That is, if it ever becomes available internationally.

The travel trailer includes plenty of onboard storage space, including an external slide-out drawer designed to accommodate a refrigerator. A built-in pantry compliments a massive outdoor kitchen, which features a three-burner stove, sink, and sizeable meal-prep area. The camper even comes with external speakers for listening to music and a bracket for mounting a television.

The interior of the dual-fold pop-up camper is accessed by raising its integrated tent. But Space X Air owners don’t have to mess with tricky stabilizing bars, flimsy poles, or complicated locking mechanisms. Instead, they push a button on the trailer’s electronic command center and watch as it automatically unfolds. Once the two ends of the vehicle have flipped open, the tent auto-inflates to its full size in less than 30 seconds. And when they’re ready to leave the campsite, it deflates and packs itself up just as quickly. 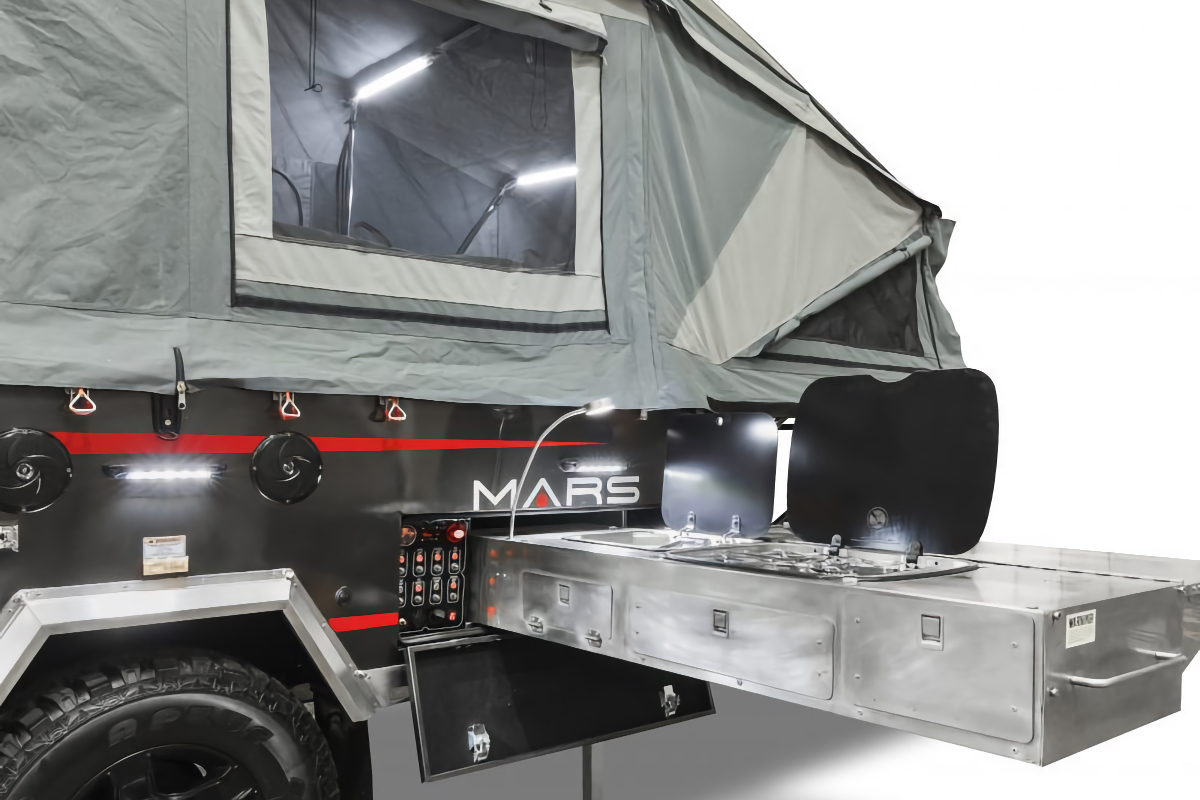 Inside, the Space X Air has a spacious lounge large enough to accommodate eight people. That same lounge converts to a double bed, which, when paired with the two sleeping areas located at either end, gives the camper space to sleep six comfortably. A built-in battery pack powers a series of internal lights and supplies power to USB ports for charging mobile devices. A small refrigerator keeps food and beverages cold, and a multimedia entertainment system offers audio and video options.

The addition of a large annex extends the living area outside the camper. Once secured in place, the add-on shelter offers screened windows that keep insects at bay while maintaining excellent ventilation. A tall ceiling and plenty of floor space—along with a removable window on the trailer itself—make this a perfect place to relax and entertain guests.

Mars sells the Space X Air for AUD 39,990, which converts to roughly USD 29,600. That makes it a reasonably affordable travel trailer, particularly when you factor in all of its features. But as mentioned, the camper is currently only available in Australia, and there don’t seem to be any plans to bring it abroad. Considering the Air’s off-road chops, it would probably be a hit with the boondocking and overlanding crowd. 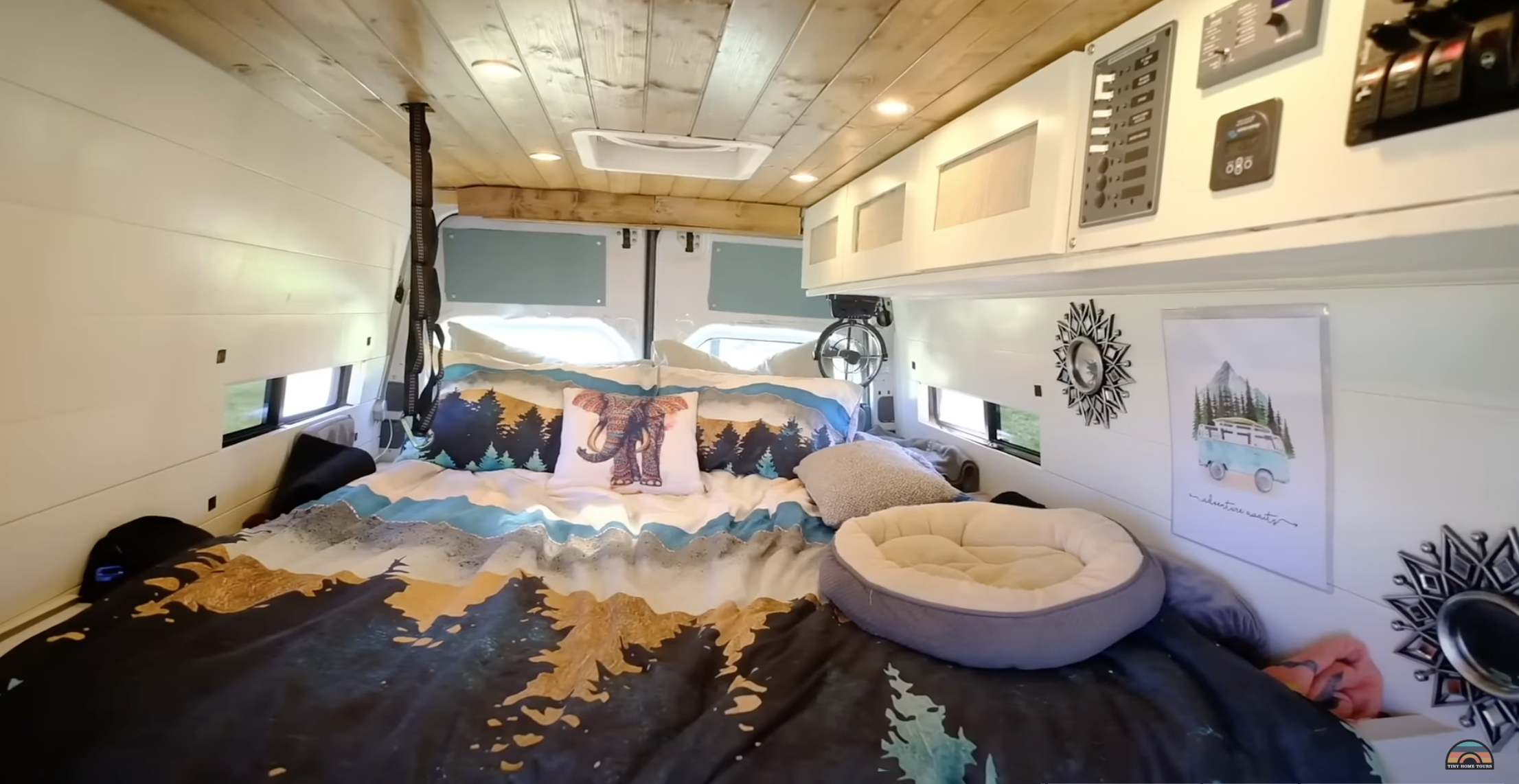