The Hottest Hotel in Boston is Renting Renovated Travel Trailers

Live Like a Rockstar at The Verb’s Backstage Urban Campground

Boston’s The Verb hotel is one of the more unique places to stay in the entire city. Located less than a block from the legendary Fenway Park, the boutique establishment adorns its walls with rock and roll memorabilia, offering guests a musical-themed retreat unlike any other. Here, travelers will discover not only great food and a fun atmosphere but shrines dedicated to bands like Aerosmith, Queen, and the Rolling Stones. 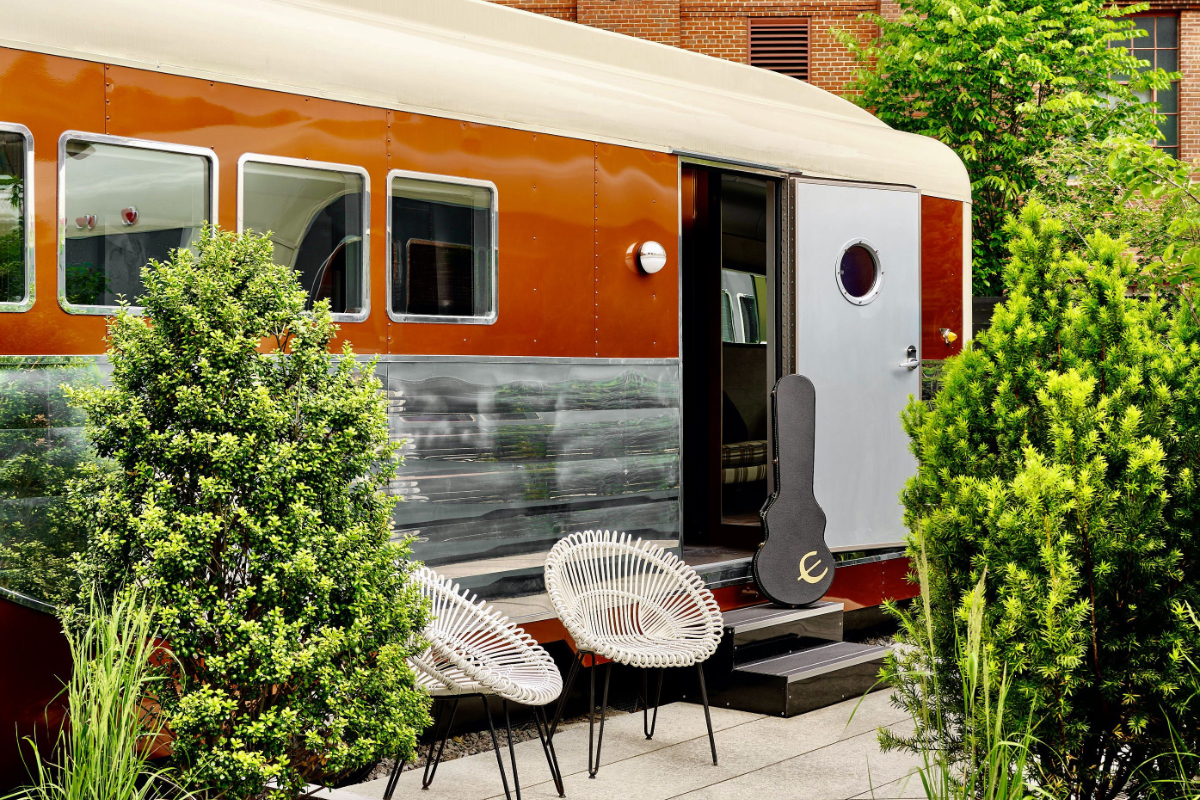 So what does a place already named one of the ten best hotels in Boston by Travel + Leisure magazine do for an encore? In the case of The Verb, it adds custom renovated travel trailers to its list of accommodations, giving lucky visitors a chance to experience what life was like for a rock star living on the road. Minus the actual performances and groupies or course.

Scheduled to open in September, this new addition to The Verb is called Backstage. Found around the back of the main building, the site hosts ten classic travel trailers updated with a slew of modern amenities. The interior spaces of the RVs retain the hotel’s musical theme, evoking the feel of a personal trailer belonging to a famous rock star. Photos of bands and album covers adorn the walls, and a vinyl record player cranks out the tunes. 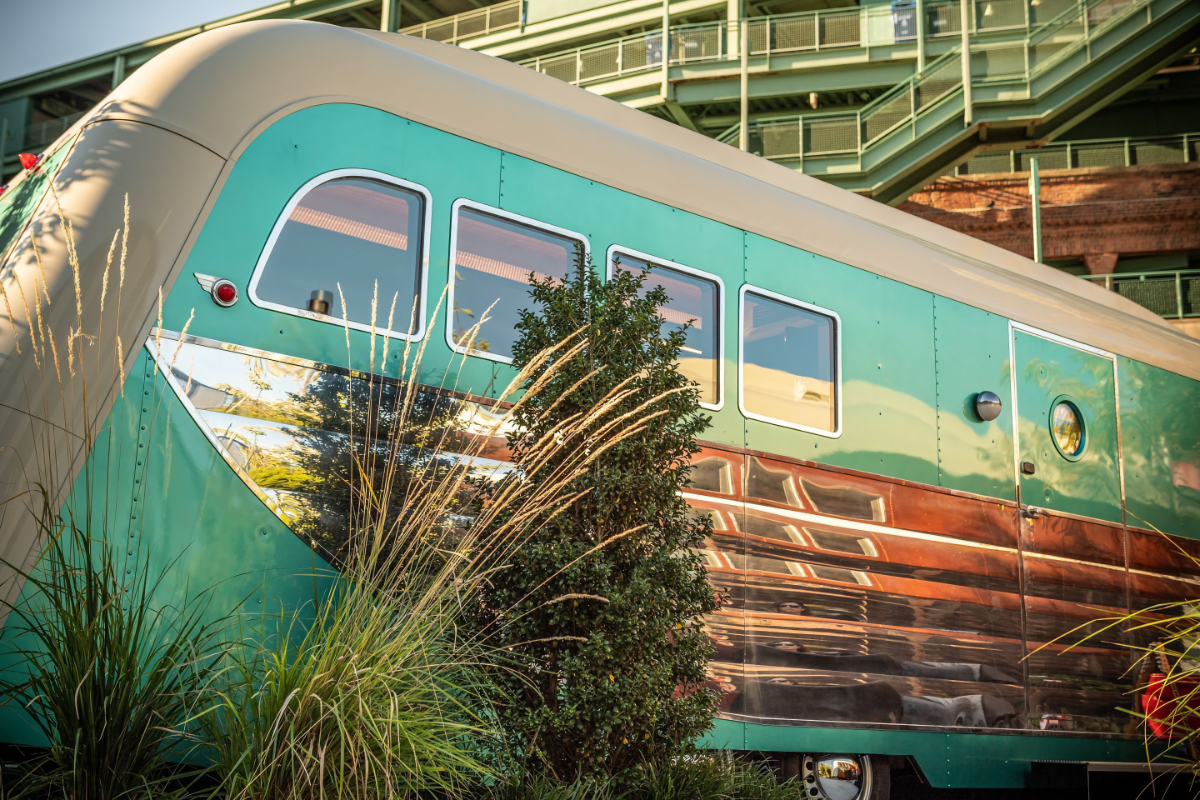 The accommodations are both retro chic and thoroughly modern, all at the same time. Each trailer has a king-size bed, personal minibar, and a Bose sound system for rocking the night away. Comfy couches, plush pillows, a 43” 4K smart TV, and a Nespresso coffee machine are just a few of the additional luxuries. The campers are heated and air-conditioned, have their own private patios and come with full bathrooms complete with rainfall showers.

Guests at Backstage can take full advantage of the amenities offered while staying at The Verb. These include a heated outdoor swimming pool, a Japanese-themed rock and roll restaurant, and an extensive library of vinyl records. The hotel’s fantastic location also provides easy access to museums, art galleries, entertainment venues, and a wide variety of eateries. Baseball fans can even walk across the street to catch a game at Fenway. 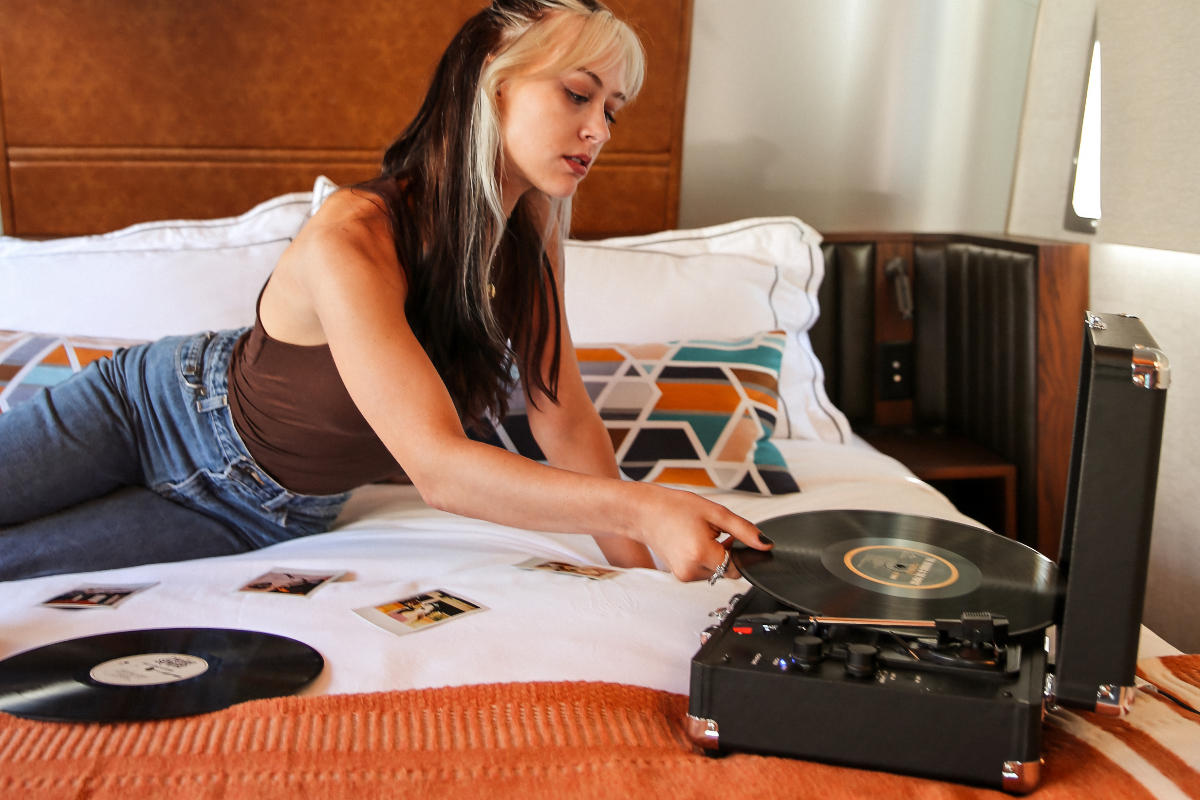 Backstage at The Verb promises to be an urban glamping experience unlike any other. Its location and musical theme set it apart from most other accommodations, and its renovated retro travel trailers provide sanctuary and privacy in the heart of a bustling city. Sure, it isn’t quite the same as camping in your RV, but that is the price you pay to live the rock and roll lifestyle.

The Verb will begin taking reservations for its Backstage area soon. For more information and to book a stay, visit the hotel’s website.