Vintage, Retro, or Just Old? Will Your RV Be Turned Away at Campgrounds in 2022?

Thanks to the continued growth in popularity of RVing, booking a campsite has become more challenging. Many popular locations are booked solid for months in advance, with new reservations disappearing as soon as they become available. However, some RV owners have found it increasingly difficult to secure a site for an entirely different reason—the age of their vehicle.

In recent years, it has become more common for campgrounds to inquire about the age of an RV or request photos of the vehicle when making a reservation. Some sites have even gone so far as to ban all motorhomes and travel trailers that are more than 10 years old, turning away paying customers simply due to the age of their RV.

The question is, what is the reasoning behind the so-called “10-year rule,” and what can you do to avoid getting turned away from an RV park?

Why Does the 10-Year Rule Exist?

On the surface, the 10-year rule feels discriminatory and exclusionary. After all, an RV is a significant investment, and most people don’t trade them in for a new model every few years like they would a car. On top of that, there are plenty of older motorhomes and travel trailers on the road that are in excellent condition and have low mileage. Banning them simply because of their age seems like an overreaction.

As it turns out, some campgrounds may have legitimate reasons for wanting to keep older RVs out. For instance, older vehicles are more prone to fluid leaks, which depending on local laws and regulations, could result in hefty fines for the owner of the campground. An RV that is past its prime may also have faulty electrical wiring, increasing the chance of a fire. These kinds of issues pose a legitimate risk to the health and safety of other guests and are a genuine liability.

Sometimes the 10-year rule is used to maintain the aesthetic of the campgrounds. Most RVers don’t like to spend their time at the campsite looking at rundown motorhomes in desperate need of repair. By banning all vehicles older than a decade, campground owners are actually exercising quality control over which RVs are allowed on the premises. This helps to weed out potential eyesores.

Yet another reason for enforcing the 10-year rule is to avoid older RVs from breaking down while at the campsite. If a motorhome has a mechanical issue, it can sometimes take time to track down the parts needed to fix it, leaving the vehicle stranded at the campground in the meantime. Depending on local laws, it can also be challenging to force the owners of an RV to leave the premises. By restricting access to newer vehicles, there is less chance of these issues occurring.

Public campsites don’t enforce the 10-year rule, which means all campgrounds that practice this policy are privately owned businesses. Because of this, the owners have the right to restrict access to anyone they choose, so long as they don’t discriminate based on race, gender, color, or religion.

In much the same way that it is legal for a restaurant to enforce a dress code, the RV park can set standards for the vehicles it allows on the property. In other words, the 10-year rule isn’t illegal in any way and is a legitimate way to keep older RVs out. 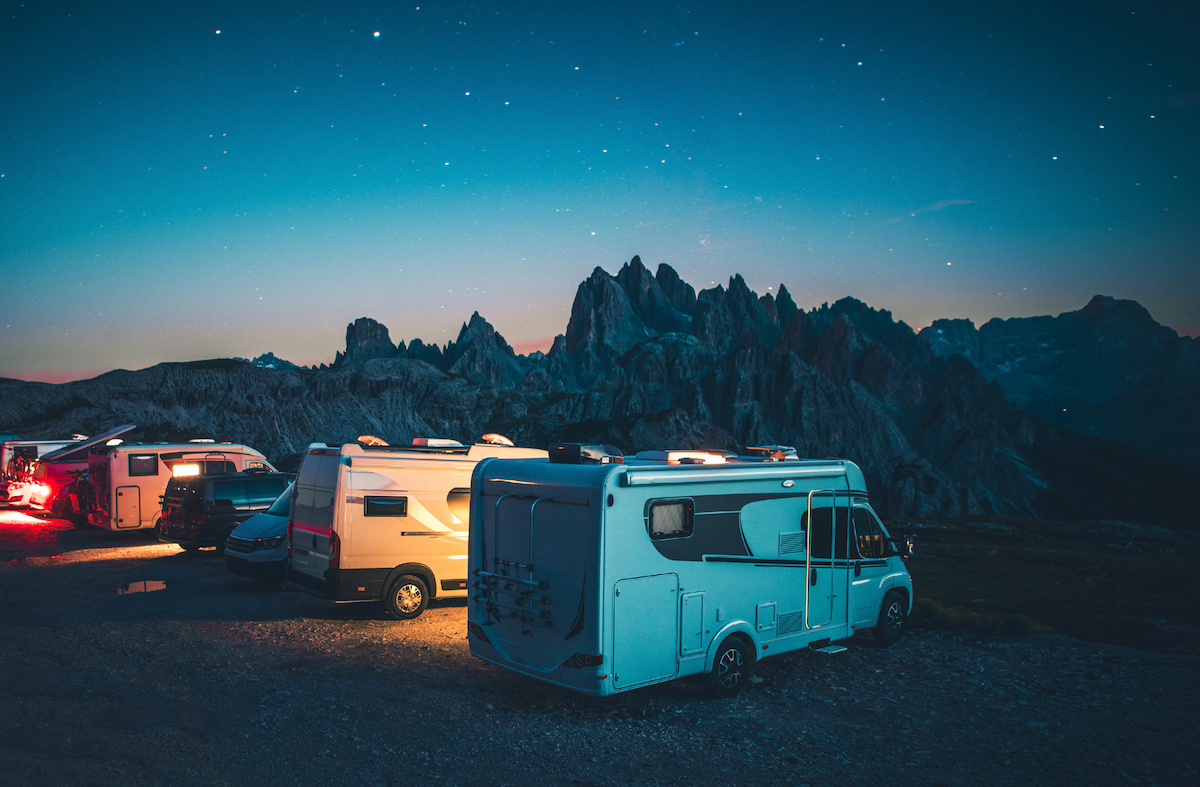 How to Avoid the 10-Year Rule

As troublesome as the 10-year rule can be, there are some ways to avoid getting turned away from an RV park. The most obvious way to do that is not to own an RV that is more than 10 years old. That isn’t very realistic, however, as most of us don’t replace our motorhomes simply because they are more than a decade old.

As already mentioned, some private campgrounds use the 10-year rule to prevent older RVs from breaking down while on the premises. By keeping your RV well maintained and in good working order, there is less chance you’ll get turned away, even if your vehicle is older than ten years. The rule is meant to keep out problematic motorhomes that could have mechanical failures or fluid leaks at the campsite. If your vehicle isn’t experiencing those kinds of issues, RV parks are more likely to let you in.

Maintaining the appearance of your RV is equally important when it comes to circumventing the 10-year rule. It is not uncommon for campgrounds that enforce this policy to request recent photos of your motorhome. This allows them to inspect the vehicle and decide whether or not to let it in, regardless of its age. That is more likely to happen if the RV looks to be in good condition and well maintained.

If you happen to be the owner of a vintage travel trailer, you could easily find yourself banned from a campground due to the age of your RV. Some models have been around for decades, often undergoing multiple renovations throughout their lifespans. When it comes to the 10-year rule, vintage trailers are often given a pass if they have been updated to modern appliances and HVAC systems and have had their exteriors restored. If you’re asked about your camper’s age when booking a reservation, be sure to point out any recent renovations or modernizations that you have done. It could help you nab a campsite that might have otherwise been elusive.

The length of your stay could impact how stringent the RV park is with enforcing the 10-year rule. Some locations will allow older vehicles to set up camp, provided they only stay for a night or two. A campground is more likely to enforce the policy if the reservation is for an extended stay, lasting for several weeks or even longer.

If your RV is in good condition, there is a good chance that the RV park will accept your reservation, even if the vehicle is over its stated age limit. By providing recent photos of your motorhome, the staff at the campground can assess the vehicle themselves and make a ruling. As noted, the 10-year rule is usually implemented as a way to sort out RVs that could be problematic and isn’t always strictly applied. 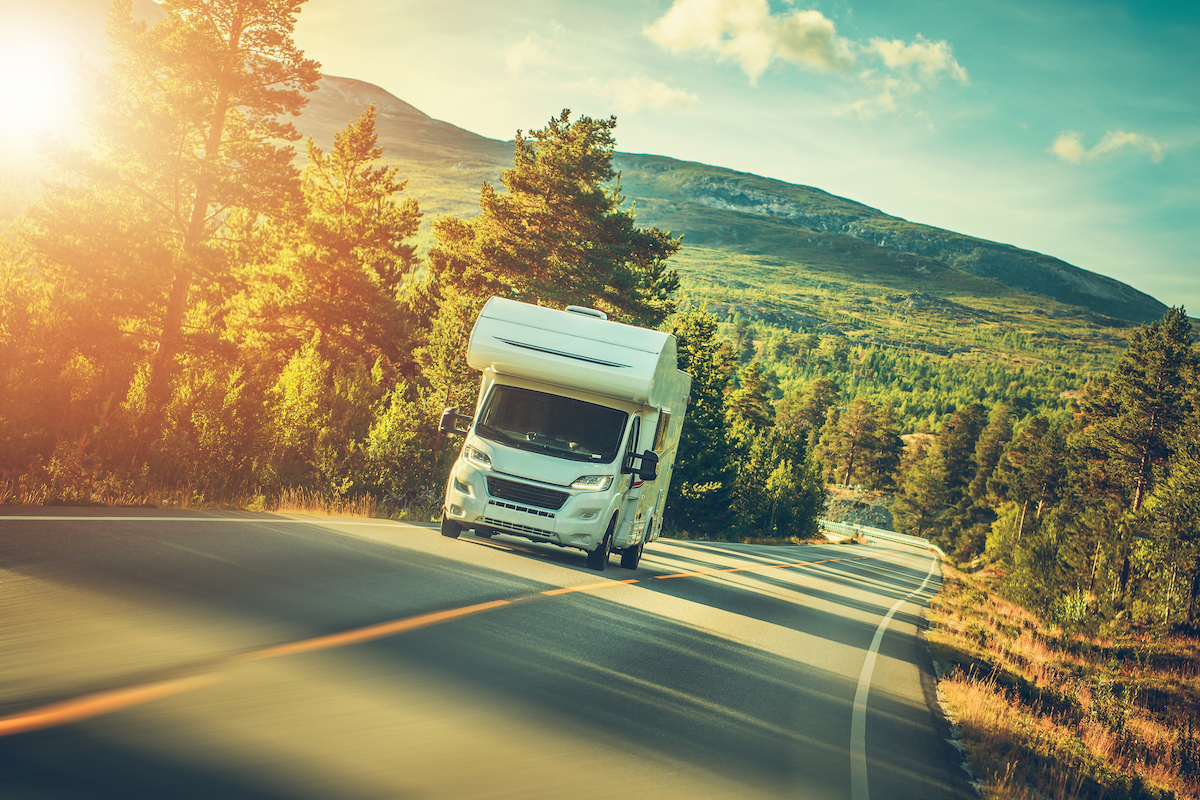 Of course, you can always ask yourself if you really want to stay at a campground that strictly adheres to the 10-year rule in the first place. There are plenty of RV parks where this is not an issue, and one way of avoiding such policies is to simply take your business elsewhere. Booking a campsite at a place that is more open and accommodating to older RVs is an excellent way to vote with your dollars. Even if your motorhome is still relatively new, you can elect to stay somewhere else as a protest against these exclusionary tactics.

While the 10-year rule has become somewhat more common in recent years, the number of RV parks that actively enforce the policy remains relatively small. It is possible that you may encounter this rule when trying to book a campsite—particularly at a newer campground—but for the most part, it remains fairly unusual. However, it is something to keep in mind, particularly if your motorhome is older and in need of some mechanical or cosmetic updates.

Thankfully, there are plenty of places to camp throughout the US, and finding an alternative shouldn’t be a challenge. When booking a site, do your research ahead of time and make sure it is a location where you will feel comfortable parking your RV.