Best Rivers to Kayak in the Western United States

There are plenty of places to kayak in the West, but these are the best places to go.

Image Caption: Senior couple having fun kayaking in the lake.

The American West has long been calling adventurers to explore its incredible terrain and to this day, it is still where most of the country’s untamed wilderness lies. Extreme sports enthusiasts can find perfect conditions for everything from rock climbing, to mountain biking, to backcountry skiing. While many folks may think of hill- and mountain-based activities like these when looking for fun out west, one of the best options requires you to pick up a paddle.

The endless variety of rivers out west make the region a kayaker’s dream. From tranquil streams rolling through a meadow, to raging rapids at the base of a mountain, western rivers have some of the most scenic backdrops around. Whether you’re a novice looking to relax as you take in the sights or you’re hoping for some heart-pounding whitewater action, read on below for some great Western U.S. kayaking options for all skill levels and interests.

The Colorado River is one to put on your kayaking bucket list. Well-known for its role in forming the impressive and beautiful Grand Canyon, kayaking the Colorado is sure to provide some incredibly memorable views. The nearly 1,500-mile behemoth of a river features an incredible mix of forest, mountain, and desert scenery as it winds its way through seven U.S. states on its way down to Mexico.

Although most folks are focused on the Arizona stretch to partake in some canyon kayaking, there are plenty more spots along the Colorado that are worth checking out. For the extreme thrill-seekers, Gore Canyon up in Colorado features Class V rapids that are sure to challenge even the most seasoned paddlers. More relaxing waters can be found near Moab in Utah, a trip that is perfectly paired with a visit to Arches National Park.

Idaho is a heck of a lot more than potato country. In the rugged mountain forests of west-central Idaho, you’ll find the famous Salmon River. Regional kayakers and rafters know the 425-mile river well. Paddlers will encounter a mixture of deep canyons and forests along the water, with a number of nice beaches that also serve as fantastic and scenic stopping points. 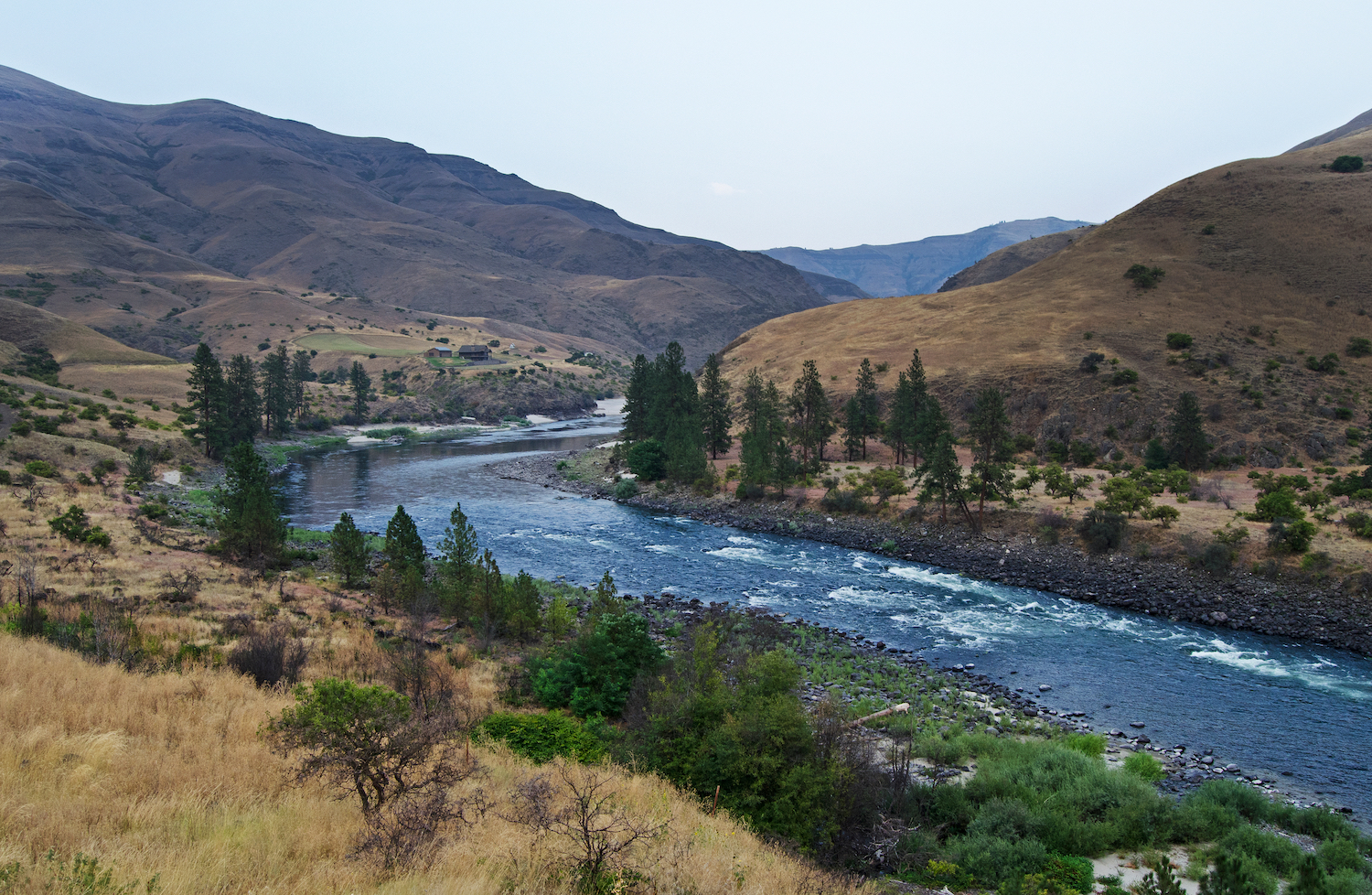 The Salmon is broken into three primary sections. While still challenging to your average kayaker, the Main and Lower portions of the river are tamer, with no rapids exceeding Class III. Seasoned veterans looking for excitement, though, often head right for the Middle Fork to get some Class IV action.

Kayaking isn’t all about the thrill of whitewater. It can also be a new vantage point to take in the beauty of natural landscapes and their wildlife. The Snake River outside of Grand Teton National Park offers a perfect opportunity to do just that. 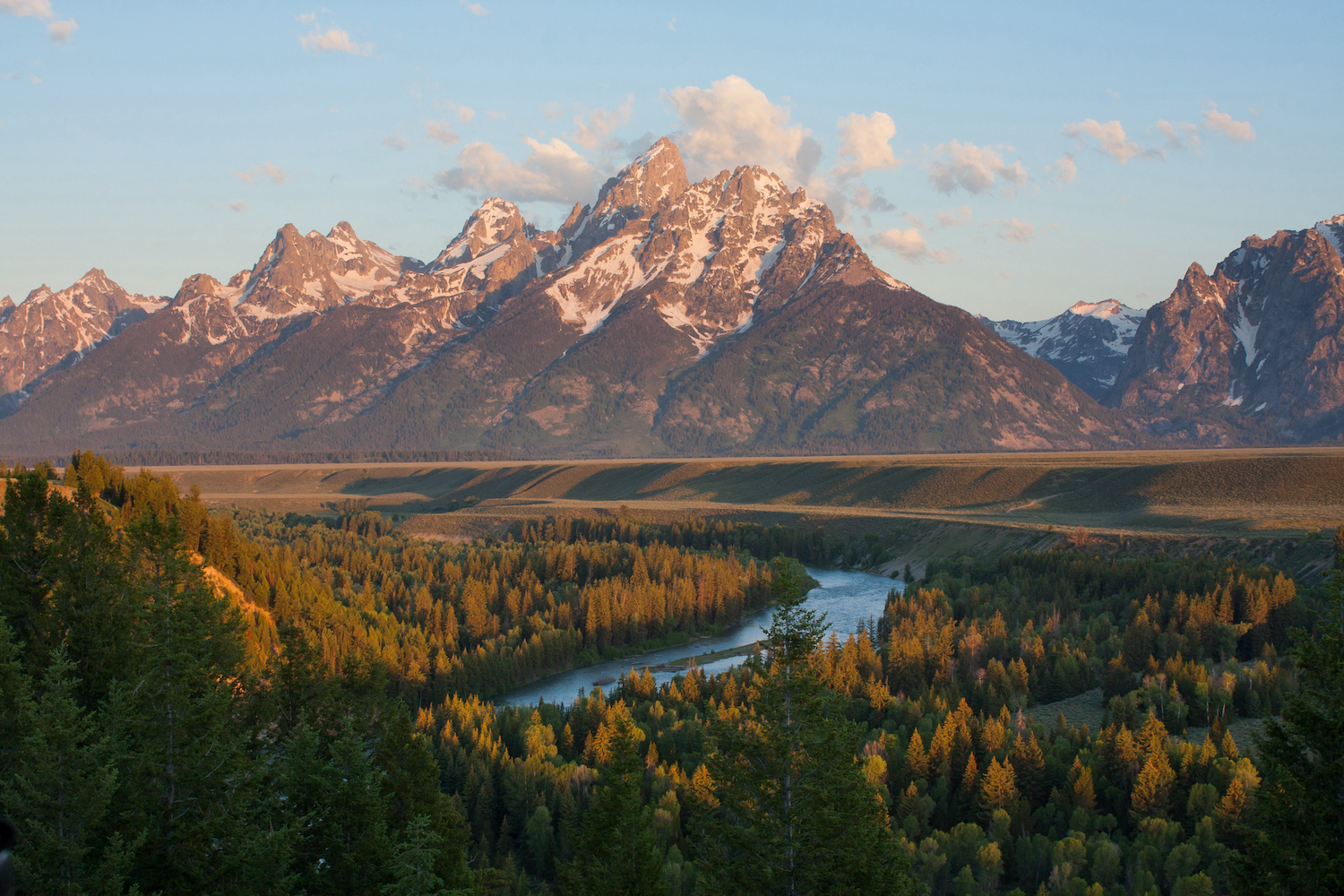 It’s tough to beat the backdrop of the uniquely rugged peaks of the Tetons as you meander down the Snake. The wildlife viewing opportunities are especially great here as well and kayakers should keep an eye out for bald eagles, moose, elk, otter, pronghorn, and so much more. With the exception of the spring season, the river is quite accessible to most kayakers, with most of the rapids clocking in at Class II with a number of Class III’s along the way.

For the more advanced kayaker, the Tuolumne River in Northern California offers a fantastic mix of thrills and beautiful scenery. The “T” as the locals call it originates in the Sierra Nevada Mountains of Yosemite National Park. Although much of the paddling water lies outside of the park, a trip down the river provides a great snapshot of all its beauty. 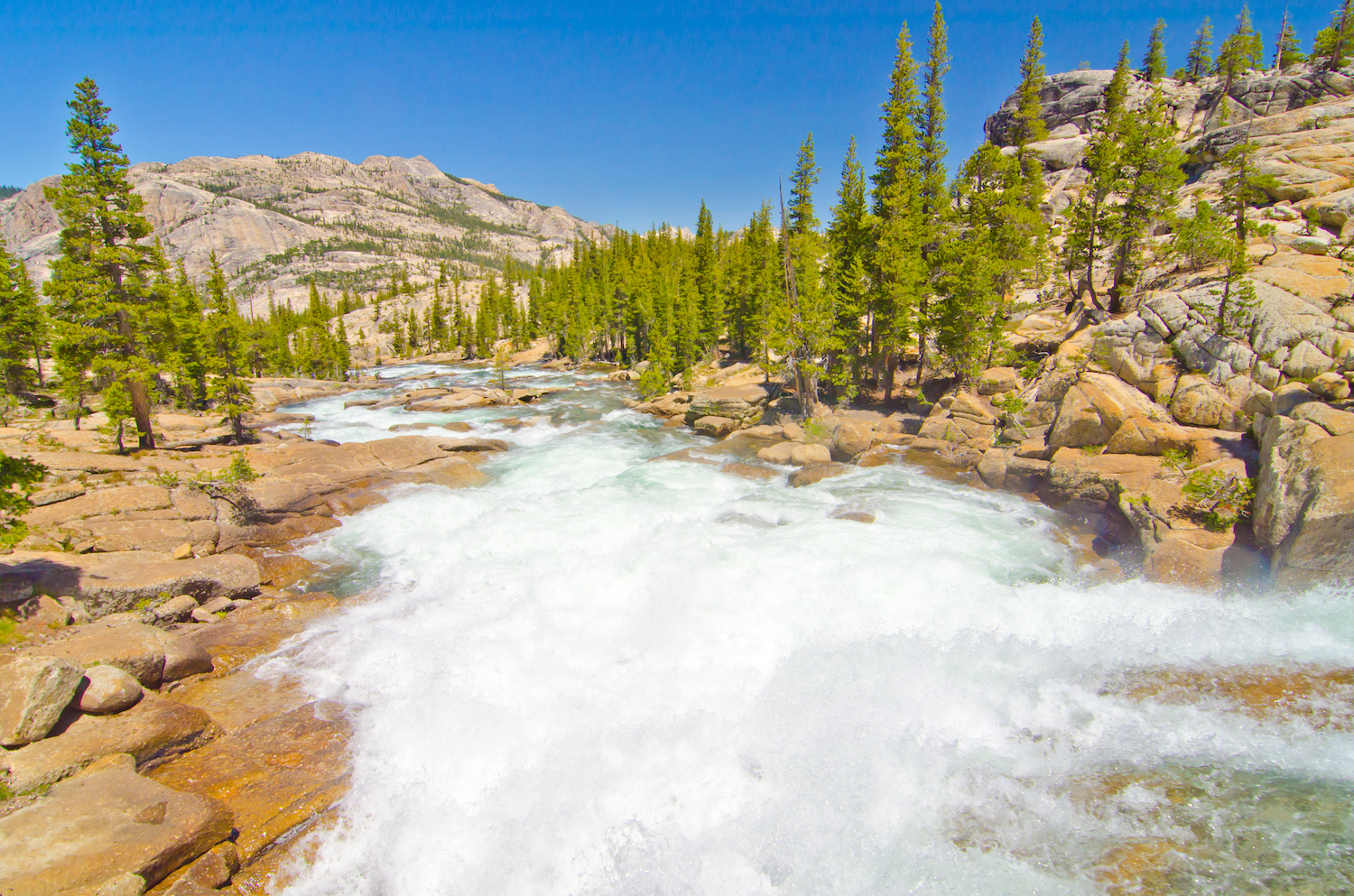 Canyons and waterfalls abound as kayakers travel down the 150-mile Tuolumne from east to west. Local ecologists say that the river features one of the most biologically rich riparian (meaning along a riverbank) habitats in the region, so keep an eye out for the especially diverse bird population. As mentioned earlier, the “T” is a tough one, with plenty of Class III and IV rapids, so only experienced kayakers should consider this particular adventure.

This southern Oregon gem is full of scenic views and history. Hundreds of years ago, the Rogue River was a significant site of quarreling between Native Americans and European Settlers vying for resources. Today, it is a wonderfully preserved natural area that is extraordinarily rich in wildlife. 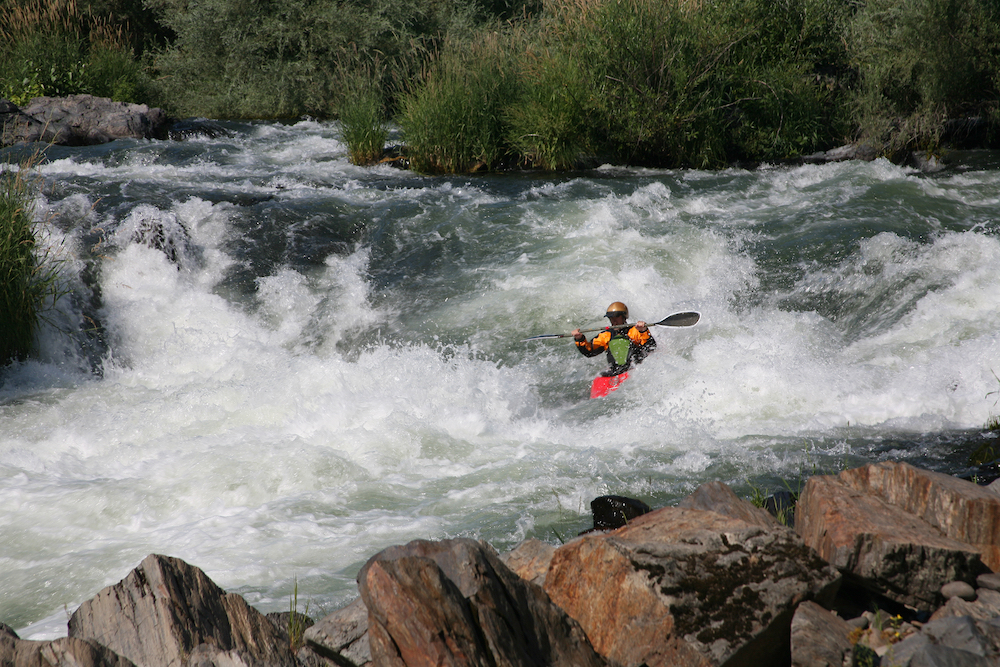 Along the Rogue, kayakers will have the opportunity to watch bald eagles soar, bears roam, and newts scurry along the riverbank. This is all along the backdrop of the famously green evergreen forests of the Cascade Mountains. The river is best suited to Intermediate kayakers, featuring predominantly Class III rapids.

Kayaking offers the opportunity to take in the scenery of the rugged American West in a unique and personal way. Rivers can bring you through natural areas that are unreachable by car and allow you to cover significant distances in a matter of hours. Whether you’re a newbie or veteran kayaker, the scenic rivers of the Western U.S. cannot be missed.