How to Prepare for Hiking in Bear Country

Surely the image has entered most of our heads at some point. You’re out for your hike and you hear a twig snap. Or maybe something that sounds like deep, heavy breathing. You cautiously look to the side and imagine the black, beady eyes of a massive bear staring right back at you…

Far more often an imagined scenario perpetuated by stories and TV shows rather than reality, bear attacks are not a true threat to the everyday hiker. For example, in Yellowstone National Park, which is home to a healthy population of brown bears, the odds of a bear attack come in at around one in 2.7 million visits. So comparatively, opening that second bag of chips is likely to be more hazardous for your health.

While rare, it is well-known that human-bear encounters are becoming more common over the years. As we continue to expand and develop into once-wild areas, it is maybe not all that surprising to see news segments of black bears stuck in traffic. As the growth of human civilization continues to shuffle these bears about, it could become increasingly more likely that you may encounter one hiking someday.

Let’s be honest: bears are dangerous. They are large and powerful and in certain scenarios, could pose life-threatening risks. However, it is important to keep in mind that they would prefer to never encounter humans in the first place. While you shouldn’t be overly scared to hike in bear country, there are some important steps you can take to 1) reduce the likelihood of a bear encounter and 2) have a proper defense for yourself should the worst happen. 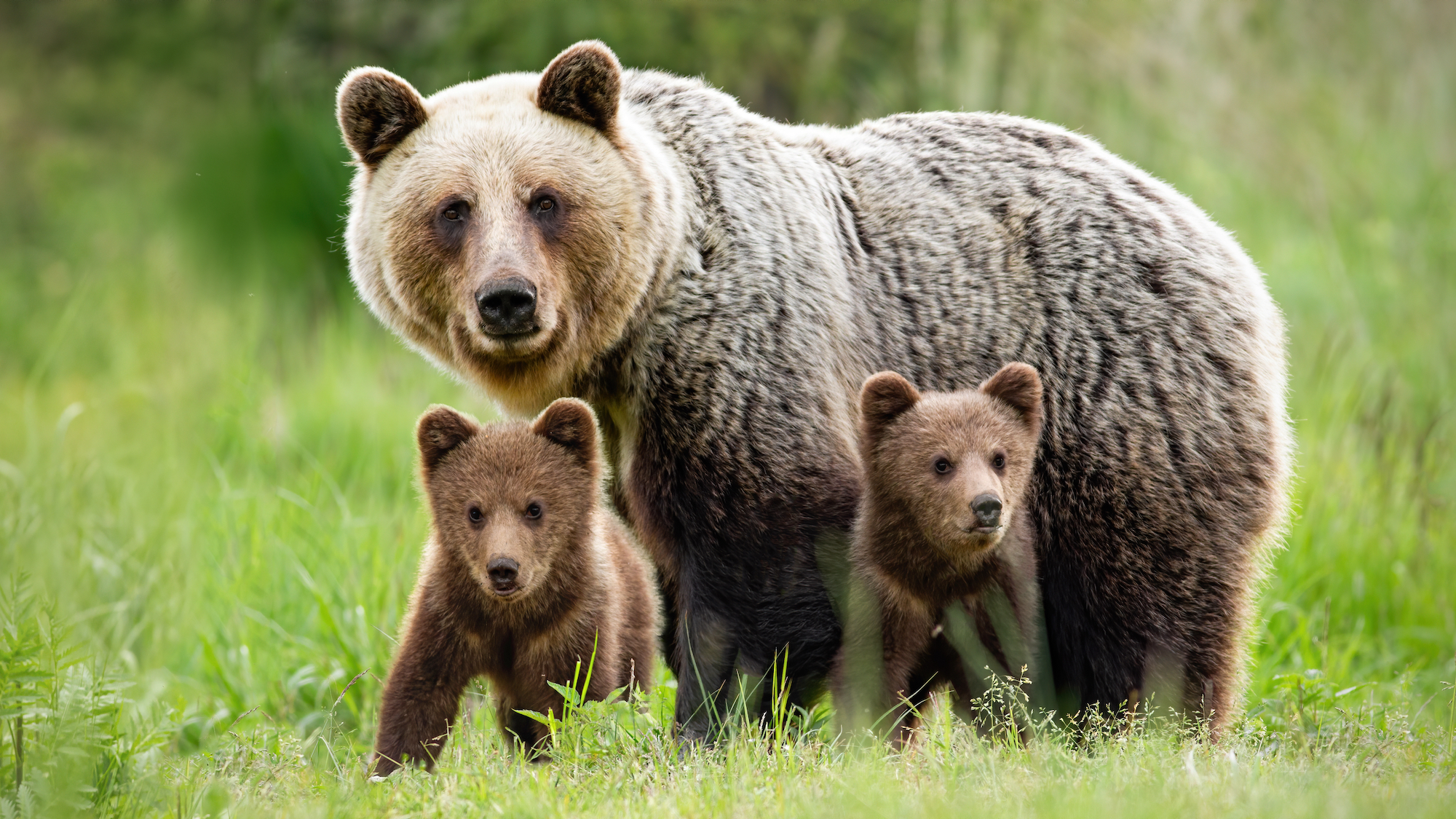 Understand the Level of Bear Activity in the Area

Before you head out on the trails, it’s good to know what you’re getting into. In other words, how bear-y (is that even a word?) is the area? What are you comfortable with?

First, do a little research on whether bears are known to inhabit the region and then, dive a little deeper into recent activity. Reach out to park staff or locals about the frequency of recent sightings. Have bear encounters increased recently? You may be surprised to learn that a park that sits on the cusp of the suburbs is seeing a significant uptick in bear activity.

Watch Out for Cubs

Yes, bear cubs are cute, but you will not be happy if you find yourself between them and their momma… Perhaps the most dangerous bear encounter scenario is when a mother bear feels that her cubs are in danger. Bears are extremely protective over their young and will seek to neutralize the threat (unfortunately, that means you). This is primarily a seasonal concern as young cubs are particularly vulnerable in the spring and early summer months.

If you encounter a cub or two, whatever you do, DO NOT approach them. Calmly look around and see if the mother bear is visible and if so, verify that she is not a threat. Slowly and calmly back away from the cub and leave the way you came. In this scenario, being frantic may lead to more problems.

Be Careful with Food

Especially with our worlds becoming increasingly intertwined, bears will actively seek out our food sources. It may not be surprising that meat is especially attractive for a hungry bear and they can be quite creative and skilled to get to it. Human food is highly palatable for bears and an animal that is used to our tasty treats can become aggressive.

Properly disposing of your food waste and any excess food is critical to both your safety and that of the bear’s. Unfortunately, bears that become too comfortable approaching human areas for food are considered dangerous and are typically euthanized. You can also protect yourself and the bears in your area by selecting low-odor foods to take on your backcountry hike and keep everything in airtight containers to reduce the chance of an encounter. 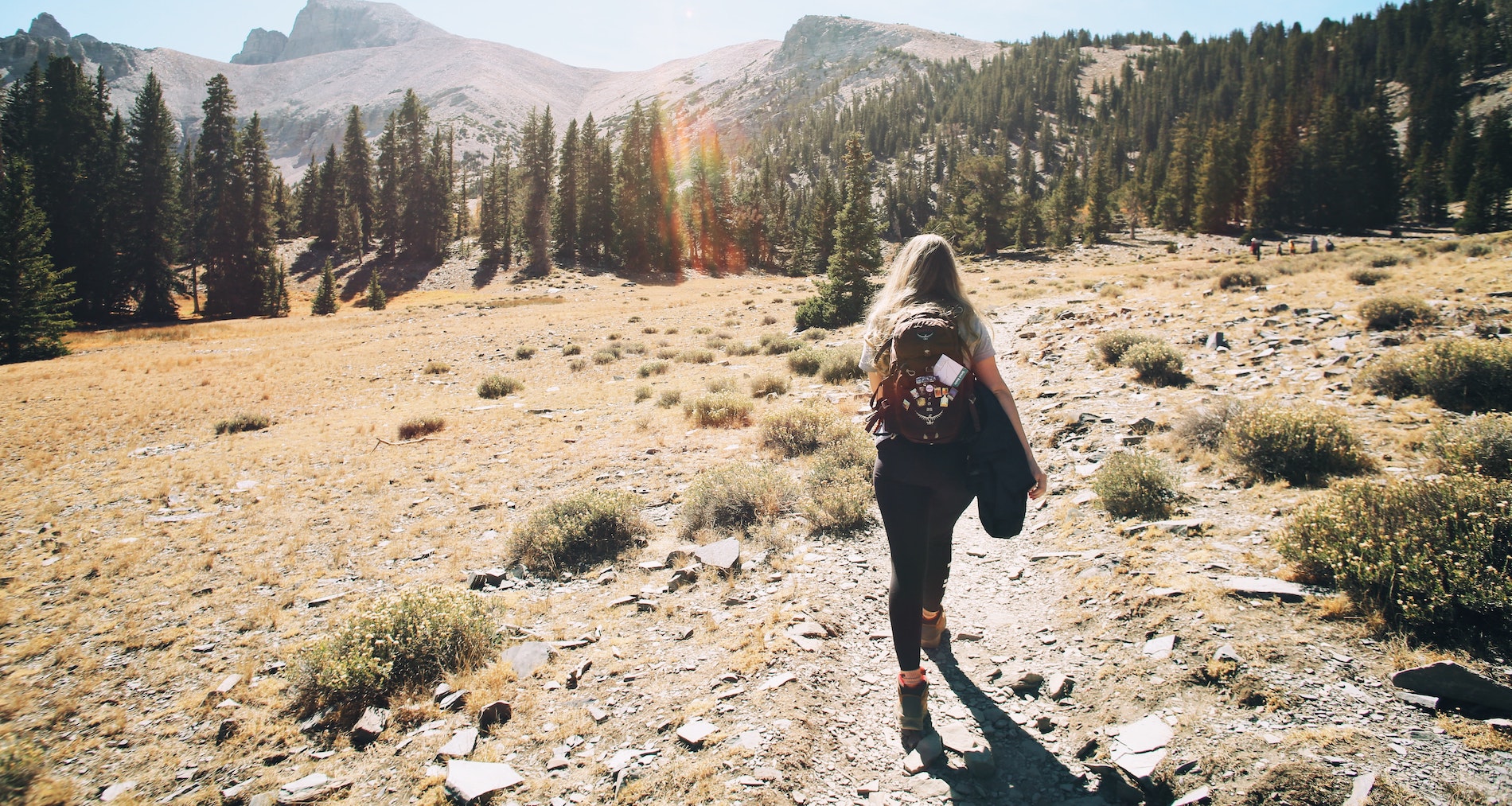 Image by Giorgio Trovato from Unsplash

One of the main rules when it comes to bear safety is “do not surprise them.” Just like myself when it comes to a surprise party, bears do not deal well with the unexpected and may act out defensively and aggressively. The best way to do this is to make yourself known.

If you’re traveling in a group, keep a fun conversation going at a decent volume or if you’re alone, shout or sing periodically. Some hikers swear by bear bells (basically a large jingle bell attached to your backpack), although the national park service suggests that a bear will only hear it when you’re too close. You can also pack an air horn to really be sure that every bear nearby knows you’re coming.

Be Prepared to Defend Yourself

Should you find yourself in a less than desirable situation with an aggressive bear, you need to be prepared to take defensive action. You first need to be sure that the bear is indeed taking an aggressive stance. This is probably the case if the bear initiates a charge and is closing within 60 feet. If you overreact to a non-charging bear, you may end up making the situation worse.

The best option for most hikers to avoid any physical contact with an aggressive bear is to deploy a can of bear spray. This stuff is essentially supercharged pepper spray that can travel distances over 30 feet. Bears can run very fast so you’ll want to start deploying your spray towards the animal when it is within about 60 feet or so. Aim your spray so it will force the bear to travel into the peppery cloud, forcing it to change course and flee.

No, it is not likely that you will encounter a bear on your hikes, even in densely populated bear areas. However, the chances of these rare encounters are increasing and the best thing you can do for your safety is to learn and be prepared. Even if you never encounter one of these magnificent beasts in the wild, all of your research will provide you with a bunch of fun facts to share with family and friends.