The Lightweight Trailer can be Towed Behind Nearly Any Vehicle

Carbon fiber truly is a miracle material. Not only is it incredibly lightweight, it is also extremely strong and highly resistant to corrosion. This makes it a good option for high-performance vehicles and sporting goods, including bike frames, fishing poles, and golf clubs. Now, thanks to a company called Carbon Lite Campers, you can also add RVs to that list.

Based in the state of  Washington, the startup is looking to carve out its own niche in the increasingly competitive RV industry. It has done that by introducing a teardrop trailer made from carbon fiber. Dubbed the Rift, the lightweight towable is designed to be ultra-versatile, doubling as both a camper and a utility trailer. It achieves this level of flexibility thanks to features like a removable galley wall, which frees up interior space for hauling gear and equipment. 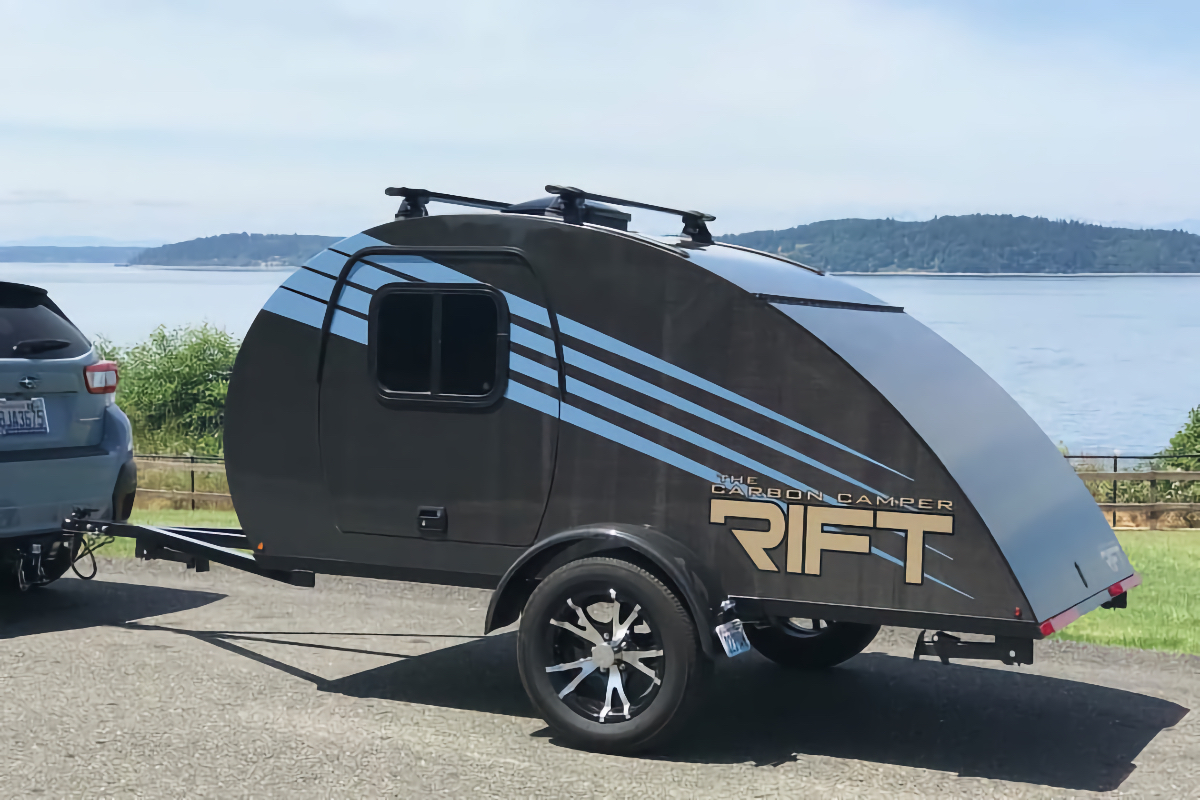 The basic Rift Utility Camper weighs in at just 500 pounds and has a tongue weight of just 61 pounds. That’s light enough to tow it behind a small car or even a motorcycle. Despite being so lightweight, the teardrop comes with some excellent standard features. Those include a Yakima sport rack, a Goal Zero Yeti power station, and a Nash Sub Z cooler. An inflatable queen-size mattress serves as a bed when camping, and built-in lighting illuminates the Rift inside and out.

Carbon Lite offers the Rift in two other configurations—the Adventure Sport Camper and the Fly. The Adventure Sport model is an upgraded version of the Utility Camper that includes off-road tires, a ceiling hatch, a larger power station, and a built-in refrigerator. It also comes with a pullout stove and sink and a foldable queen-size mattress. These additional features add some extra weight, although the teardrop still manages to come in at a svelte 660 pounds. 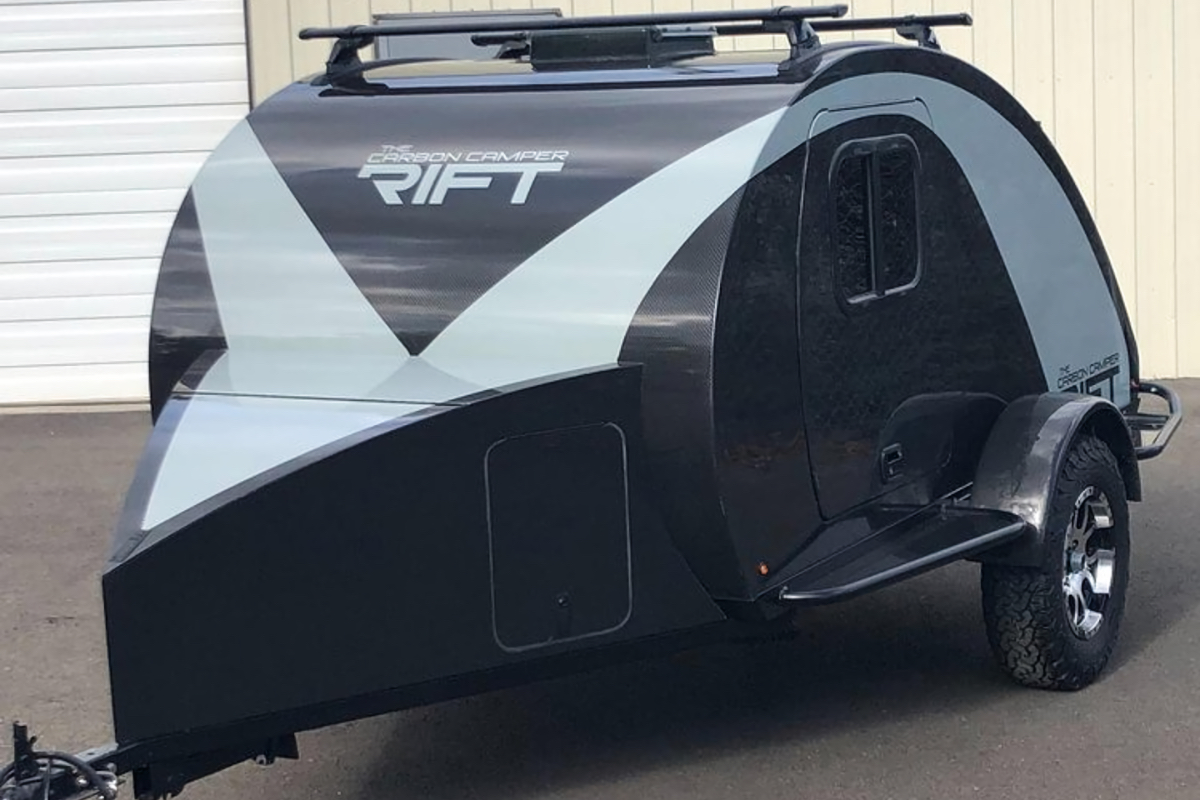 The Fly, on the other hand, ships as a blank slate, ready for owners to customize themselves. It is just the basic carbon fiber teardrop shell devoid of any features, including exterior graphics. The advantage of this model is that it sells at a lower price and allows buyers to completely configure it to fit their personal needs.

Speaking of price, the Fly starts at $19,000, while the Rift Utility Camper sells for $29,000. Those looking to upgrade to the Adventure Sport model will need to shell out a little more, as it is priced at $39,000.

Because these trailers are so lightweight, they should pair well with a wide variety of tow vehicles, including cars and SUVs, that wouldn’t traditionally fulfill that role. The carbon fiber trailer would compliment an electric vehicle, too, having less of an impact on the EVs range compared to other travel trailers.

To learn more about the Rift, visit the Carbon Lite Campers website.