The Bowlus Volterra is an All-Electric Luxury Travel Trailer

If the latest press release from upscale travel trailer manufacturer Bowlus is to be believed, the company is preparing to ship the first production RV to be 100% electric. The company has taken the wraps off its latest model, which comes equipped with plenty of technology and features. It can also reportedly live off the grid indefinitely, thanks to a large battery pack and a first-of-its-kind solar charging system. 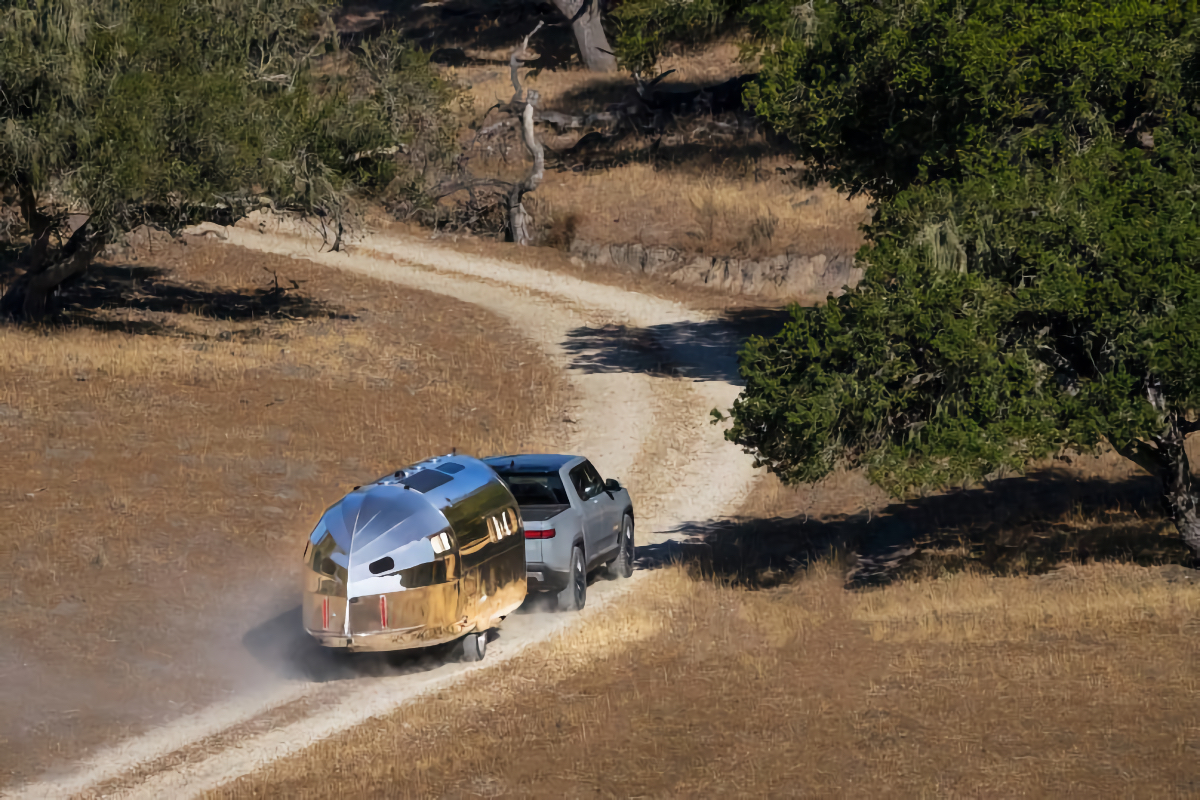 Like Bowlus’s other campers, the new Volterra features an exterior that resembles an aluminum travel trailer from a bygone era. But step inside its aerodynamic shell, and you’ll find an interior with a host of modern amenities. Those include room for four adults, LED lighting throughout, and the first induction stove ever installed in a travel trailer.

Bowlus included a 17-kilowatt-hour lithium iron phosphate battery pack when designing the trailer, giving it twice the capacity of the company’s next closest model. That’s enough power to keep the trailer’s air conditioning running for up to 32 hours in 85ºF temperatures. It will also provide electricity for the stove, lighting, and other onboard equipment. The trailer even has a 20-volt outlet that allows it to recharge electric cars and trucks in a pinch. 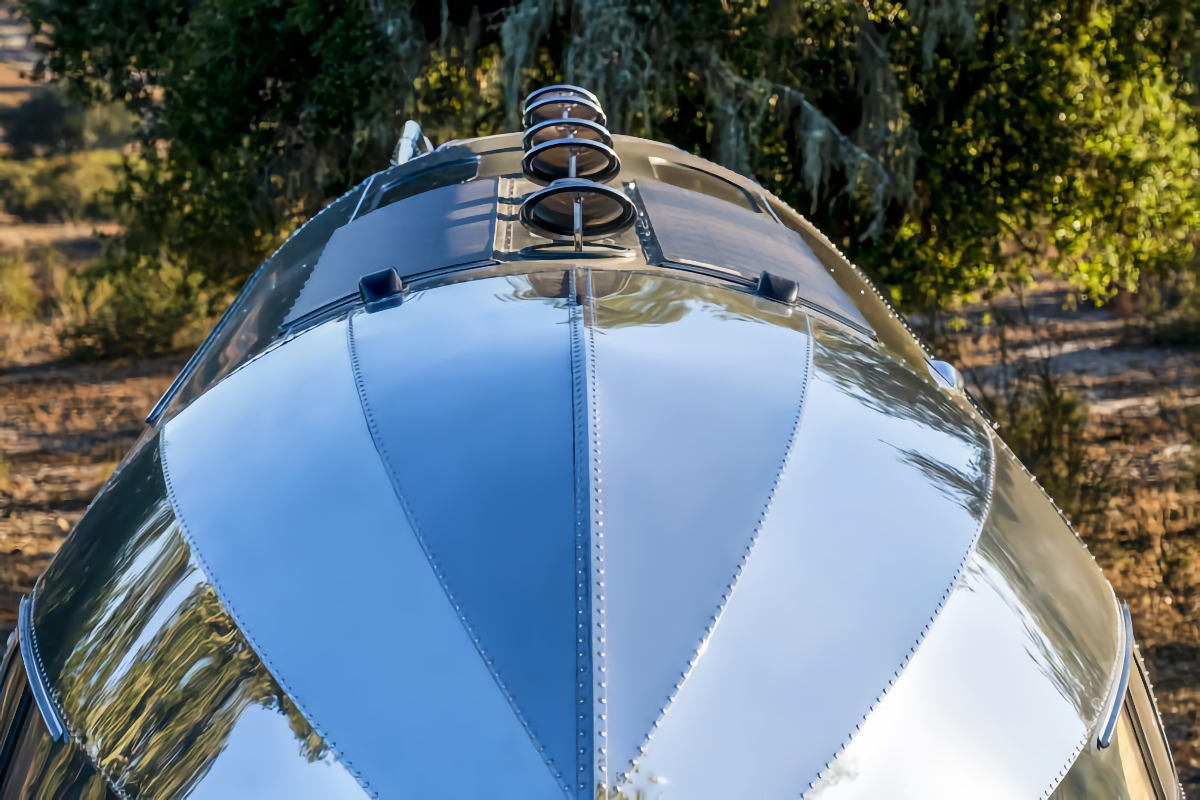 Bowlus paired its battery packs with a 480-watt AeroSolar charging system—a first for the RV industry. These solar panels are lighter than those made by most other manufacturers and can supply power to the Volterra’s batteries even when the trailer is in motion. Those same panels are much more efficient, too, generating up to 12% more energy compared to competing products.

The Volterra’s solar array and battery packs make boondocking much easier. But as an added perk, the trailer has a Starlink satellite receiver and a cellular LTE antenna with a SIM card. Both options provide an internet connection on the go, with the cellular service offering a reliable signal in urban areas and Starlink providing broadband speeds even at far-flung campsites. 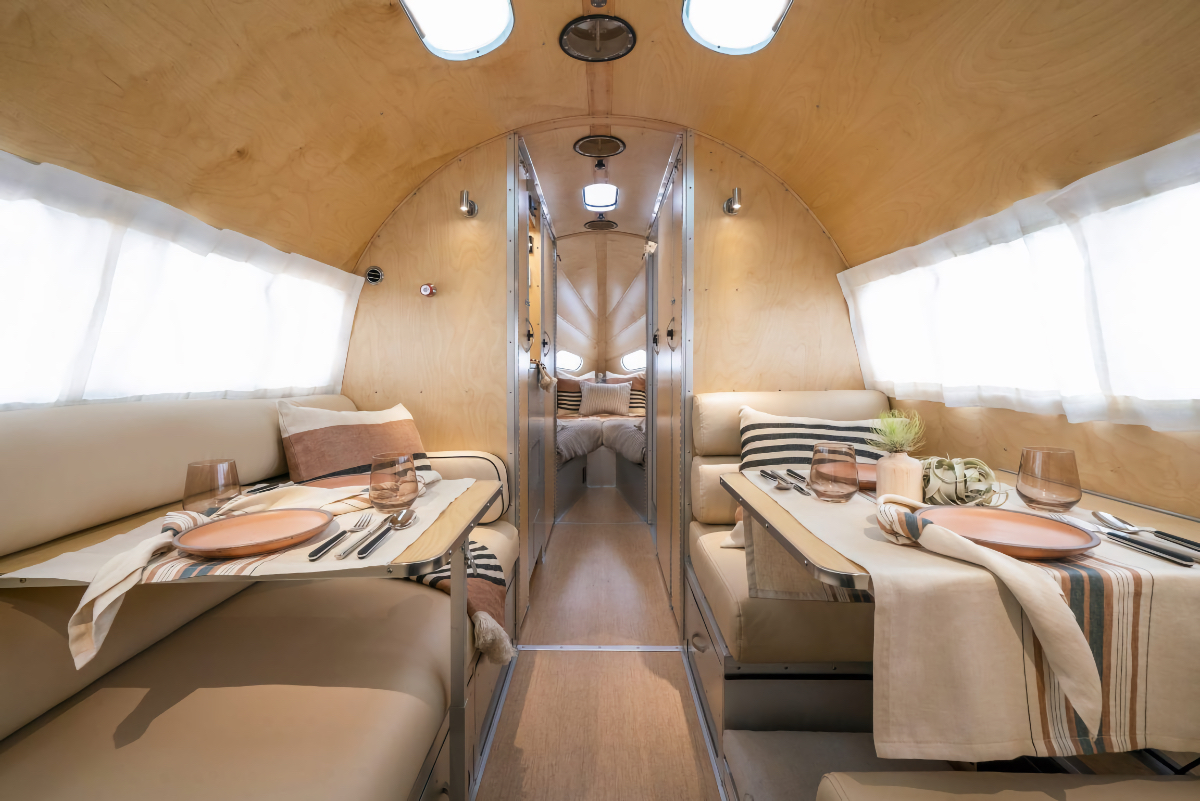 “We brought the first electric travel trailer with lithium iron phosphate batteries to market, and now the evolution to our Volterra model marks the final step to being fully electric,” said Bowuls Founder and CEO Geneva Long in a press release. “The new Volterra will benefit customers as the perfect complement to an electric vehicle. You can charge your Bowlus while you drive and have a fully electric experience once you arrive, and, with Volterra’s new solar panel set up, you can live off-grid indefinitely and sleep with confidence knowing you’re helping preserve the great outdoors while you enjoy its splendor.”

The Volterra joins the Bowlus travel trailer line-up for 2023. For more information, visit the company’s website.