New-ish to RVing? If so, you’re likely confused by all the terms that go along with it. Not to worry. Whether you’re new to the motorhome lifestyle or a seasoned veteran, it never hurts to brush up on some of the most common phrases used while RVing. Read through this glossary of RV lingo, and you’ll be spouting off like an RV veteran in no time. It doesn’t include everything you may hear (including foul expletives) but it’s a good start.

12-volt DC The basic, battery-supported wiring system. Most motorhomes have two 12-volt direct current (DC) systems; the chassis system and the coach (or house) system. Direct current is used to provide power for most, or all, of the lighting in the motorhome, as well as appliance circuit boards, radios, heater, etc.

120-volt AC The household electrical system. Alternating current (AC) is used to provide power to motors, heating elements, receptacles, etc. It also provides power to the charging system for topping off the batteries.

30-amp/50-amp The type of AC electrical service in an RV. 30-amp service is adequate for running one air conditioner, which is why it is normally found in smaller motorhomes. The 50-amp service is for the big boys, capable of cranking up two or more A/C units, plus the other amenities commonly found in luxury coaches. The 30-amp plug has three blades, and the 50-amp version has four.

B-plus motorhome Technically, B-plus motorhomes don’t exist; they’re built on a cutaway chassis, and are therefore Class C’s. The RV industry uses this term to suggest that a compact motorhome has more space than the average Class B.

Ball mount The part of the hitch that the ball attaches to and is inserted into a receiver mounted to the vehicle. Sometimes known as a drawbar.

Basement Basement-style motorhomes have a raised-rail chassis that allows the manufacturer to build large, pass-through storage compartments underneath.

Baseplate Bolts to the frame at the front of a dinghy vehicle, providing attachment points for the tow bar.

Black tank/gray tank/fresh tank The three main holding tanks in any RV. Black is for the stinky stuff, gray is for shower/sink water and fresh is for drinking/showering/washing dishes.

Black streaks The hard-to-remove streaks that tend to run down the side of any RV that’s stored outdoors.

Btu British thermal unit is an international measure of energy that is used to describe the amount of heat needed to raise the temperature of 1 pound of water by 1 degree. Also used to measure the amount of heat that an A/C unit can remove from a room (based on square footage) per hour.

Cabover The section of a Class C that extends over the cab and is usually a sleeping area or entertainment center.

Cap The glossy fiberglass front or rear part of an RV’s body structure.

Class A Generally the largest motorhomes; most often built on a stripped chassis.

Class B The most compact motorhome; it’s built inside a commercial cargo van.

Class C Built on a cutaway chassis, maintaining the cab and doors of the van or truck. Bodies often have a front cabover that can be used for sleeping, entertainment components and/or storage.

CCC Cargo Carrying Capacity. The measure of how much stuff you can load in the motorhome. Calculated by subtracting the actual weight (fuel tank and LP-gas full, no supplies or passengers) from its gross vehicle weight rating (see GVWR). Whatever’s left is the CCC. For motorhome tests, we use our own formula, Realistic Occupant and Cargo Carrying Capacity (ROCCC), which is the weight of a motorhome with full water and no passengers.

Converter/charger This device converts 120-volt AC or household current to 12 volts DC for use in an RV. It also charges the house batteries.

DEF Diesel Exhaust Fluid. In modern diesels, the engine exhaust passes through a catalyst that uses urea to assist in re-burning exhaust particulate.

Delamination When laminated layers of fiberglass (used to build exterior walls) start to bubble or separate. Usually caused by water leaks or failure of the adhesive used to assemble components.

Demand pump (or water pump) RV water pumps are self-priming, and draw water from a freshwater tank and distribute it through the freshwater system.

Dinghy A vehicle that is towed behind a motorhome with all four wheels on the ground. Some folks call it a “toad.”

Dinghy brake The separate braking system installed in the dinghy that applies its brakes whenever the motorhome’s brakes are applied.

Doghouse The “hump” that covers the engine inside the cab or living area of a Class A or Class C, although many technicians refer to this access point in a Class C as an engine cover or engine access cover.

Drop hitch A draw bar that is used to drop the ball mount lower or higher several inches when inserted in the receiver to compensate for the difference in height between the tow vehicle and trailer.

Drop receiver Used to change the hitch receiver height (up or down) to allow the tow bar to ride level when connected to a dinghy.

DSI Not a popular crime show. It stands for “Direct Spark Ignition,” meaning the water heater can be lit by a switch inside the RV.

Dually A truck with two rear wheels/tires per side, or four total. The extra tires help increase the load carrying capacity, and also improve stability when towing heavy loads. Plus, they look cool.

Engine brake Also known as a Jacobs Engine Brake or Jake Brake, this engine-mounted device controls the exhaust valves on a diesel engine, which forces the engine to slow the vehicle.

EPDM Ethylene Propylene Diene Monomer rubber. Commonly used for RV and commercial roofing membranes, and is largely being replaced by TPO and PVC.

Exhaust brake Like an engine brake except that it works by closing off the flow of exhaust, causing high backpressure in the manifold and the cylinders. Less effective than a Jake Brake, it still works to help slow the vehicle.

Four down A way of distinguishing how a vehicle is towed in dinghy towing parlance. “Can this car be towed four down?” It means no trailer or tow dolly is required to safely tow the vehicle behind a motorhome.

Freshwater gravity fill A fitting, usually on the side of a motorhome (if so equipped) connected to a 1¼-inch tube that feeds directly to the freshwater tank. This allows the tank to be filled by either a hose or a portable tank. A small breather tube is usually also connected, which allows air to escape while filling.

Full-body paint A multi-layer paint applied to the whole exterior, instead of colored or white fiberglass or gelcoat with vinyl appliques to add design to the exterior.

GAWR Gross Axle Weight Rating. The maximum allowable weight the axle is designed to carry, including the weight of the axle.

GCWR Gross Combined (or Combination) Weight Rating. The maximum allowable weight for the motorhome and a trailer or dinghy, including passengers and cargo.

Heated/enclosed underbelly A motorhome with the holding tanks covered and insulated to provide RV extended-season functionality. Heat from the furnace is routed into the holding-tank areas to help prevent tanks and plumbing from freezing.

Hookups Electrical, water, sewer, cable. An RV park or campground that has all of these is said to have “full hookups.” Those with no sewer are a “partial hookup.”

Inverter Takes the 12-volt DC power from batteries and turns it into 120-volt AC current to power household items like residential refrigerators. Much like a converter, inverters with charging provisions will keep the house batteries conditioned when plugged in to shorepower or while using the generator. There are Modified Sine Wave (MSW) and Pure Sine Wave (PSW) inverters. Running electronics? You need a PSW.

kW Kilowatt. It’s a measure of power that those of us in the RV world use to size up generators. One kW equals 1,000 watts.

Leveling jacks These help level the motorhome on uneven ground. RV systems can be electric or hydraulic, and have from three to six jacks, depending on the RV. Not to be confused with stabilizing jacks, which are commonly used on small motorhomes and are designed to reduce body movement but can’t be used for leveling.

Load range The amount of weight a tire is designed to carry at its specified inflation pressure.

LP-gas/propane Liquefied petroleum gas. Propane is the form of LP-gas used to run gas appliances in a motorhome.

Payload The amount of weight a motorhome chassis is designed to carry, including body, passengers and cargo. Payload is the GVWR minus its unloaded curb weight (see UVW/UCW).

PB Polybutylene piping is what you’ll find in most older RVs and is gray in color.

PEX PEX piping, or crosslinked polyethylene, is used in every RV today. It is easy to install and repair and is also freeze-resistant. (Tip: PEX and PB fittings are not interchangeable.)

Pull-through site A campsite between two roads in a campground that allows an RVer to access the site without having to back up.

PVC Poly Vinyl Chloride. Used in a number of products, including drainpipe and roof membranes.

Receiver The hardware mounted to the frame at the back of a motorhome or vehicle that the hitch draw bar slides into. More commonly referred to as a “hitch receiver.”

SCWR Sleeping Capacity Weight Rating. The RV manufacturer’s designated number of sleeping positions multiplied by 154 pounds, which is the federal standard average occupant weight used when calculating payload or other weight ratings for motor vehicles. For example, if the rig is designed to sleep four, the SCWR would be? Come on … you took math (it’s 616 pounds).

Shorepower What you plug into at an RV park or campground. The expression “shorepower” comes from the boating industry, but since RVs are always on land and are not amphibious, we don’t have a shore and … OK. You get it.

Slide topper An awning that covers the roof of a slideout box to keep debris off it and shed excess rainwater. The awning extends and retracts with the slideout box.

Slideout Also called a “slide.” These are room extensions that extend and retract from the main structure, providing more living space when parked.

SRW/DRW Single Rear Wheel/Dual Rear Wheel. Used to express the difference between a truck with single rear wheels and one with dual rear wheels (dually).

Tag axle That extra, or third, axle behind the rear axle of a motorhome. Used on large diesel-pushers, the tag axle is necessary to carry additional weight. Some tag axles are “steerable,” in that they steer as you turn the coach; others must be retracted to prevent them from skidding in tight turns as the rear of the coach pivots.

Tail swing Many RVs have axles far forward of the rear-most point of the vehicle to improve the turning radius. This results in the rear of the motorhome swinging in a wide arc when making a sharp turn, which can result in a collision with another object.

Torque Measurement of twisting force. With RVs, it relates to the powertrain’s ability to pull a load and is measured in pound-feet (lb-ft).

Tow bar Used to connect a dinghy vehicle for towing behind a motorhome.

Tow rating The manufacturer’s stated maximum weight a vehicle is designed to tow.

TPO Thermoplastic Polyolefin is a single-ply roofing membrane that some manufacturers use as an alternative to EPDM rubber.

Wheelbase Distance between the steering and drive axles of a motor vehicle. 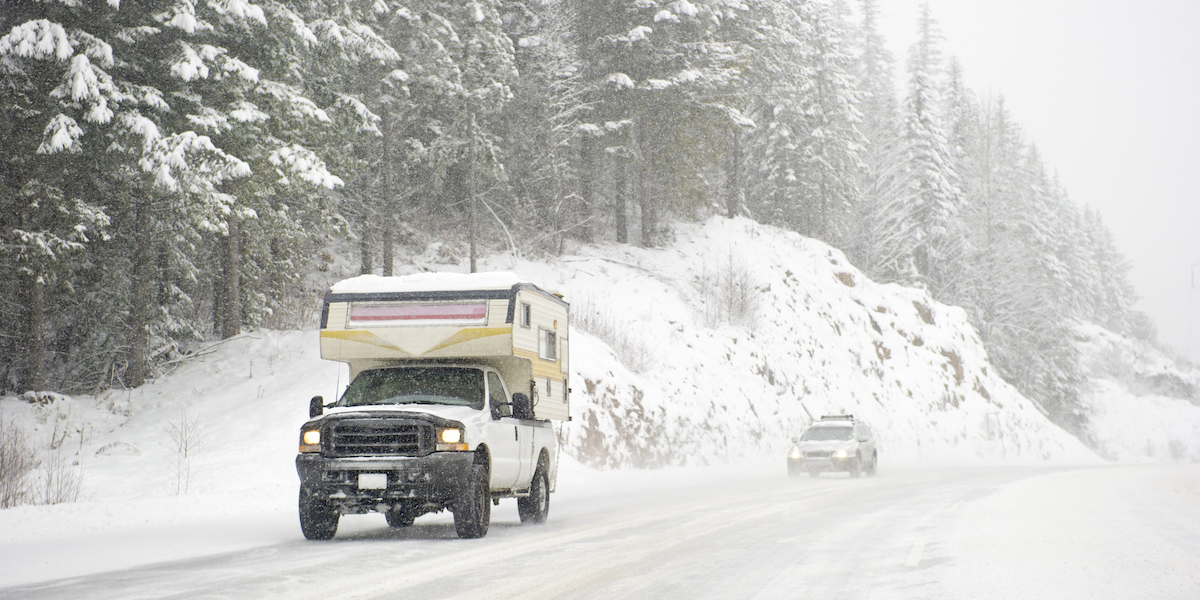 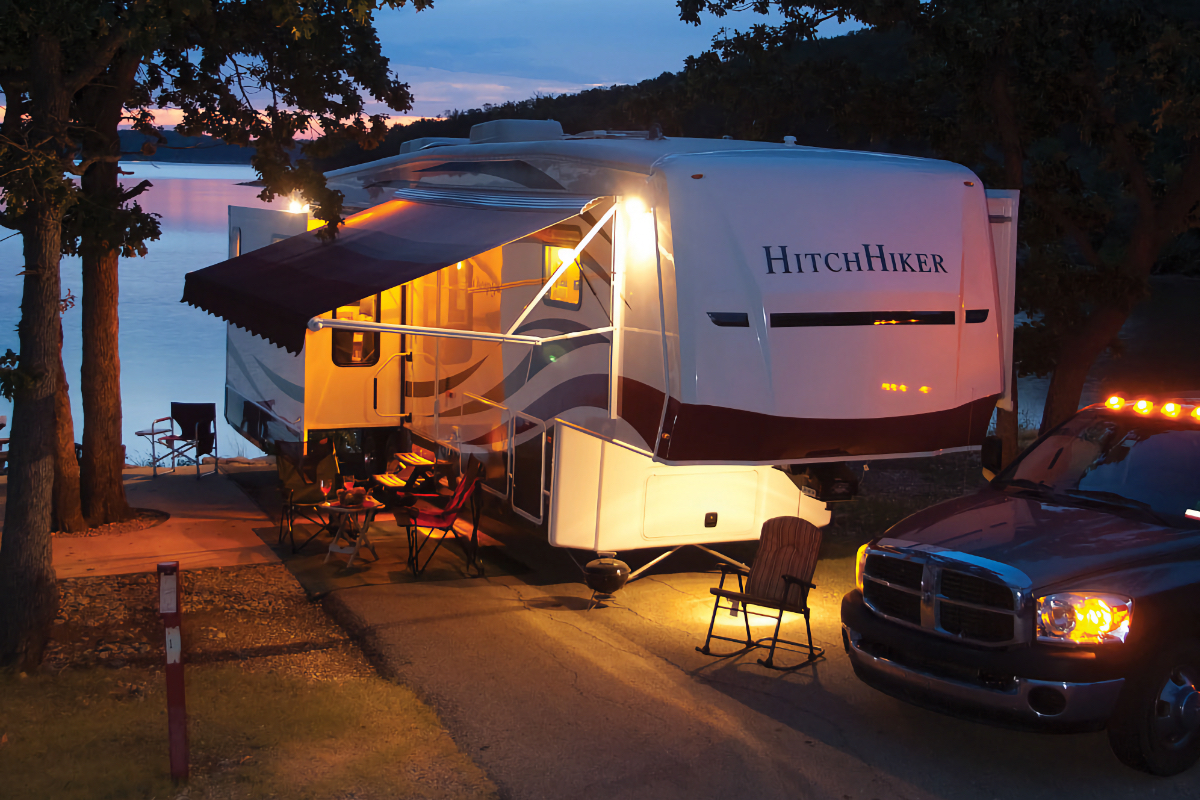 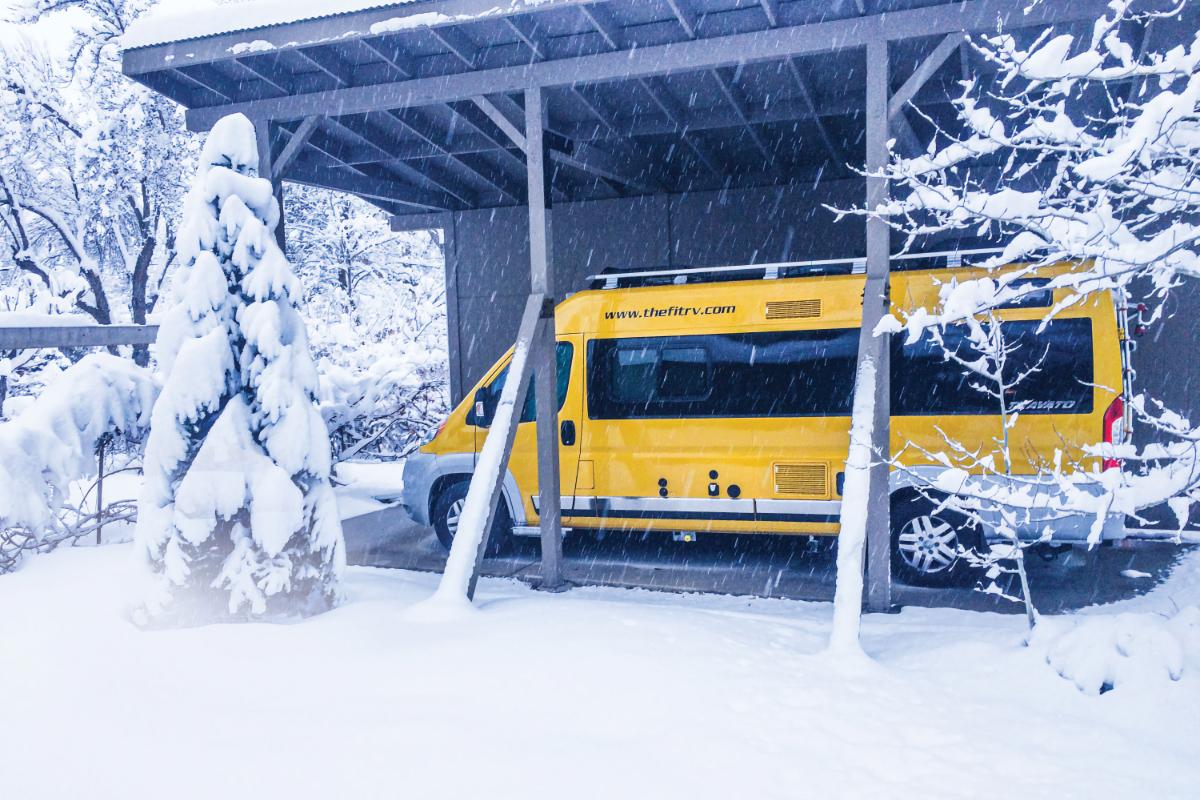 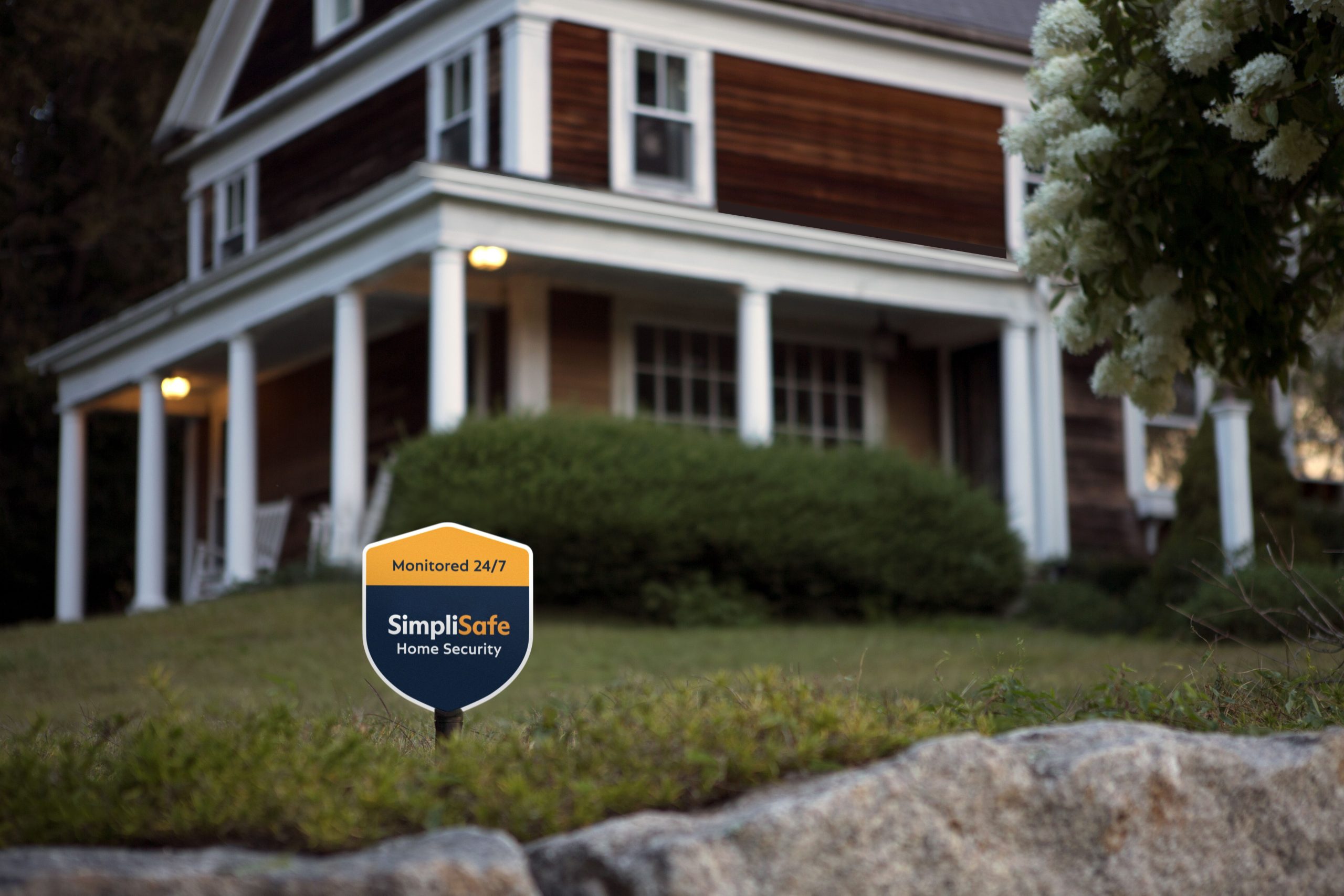