At the Florida RV SuperShow in Tampa last week, THOR Industries unveiled two electric concept vehicles that could offer a glimpse of the company’s future. The new models include the THOR Vision Vehicle (TVV)—an all-electric motorhome—and the Airstream eStream travel trailer. Both promise to deliver unique features and eco-friendly camping. 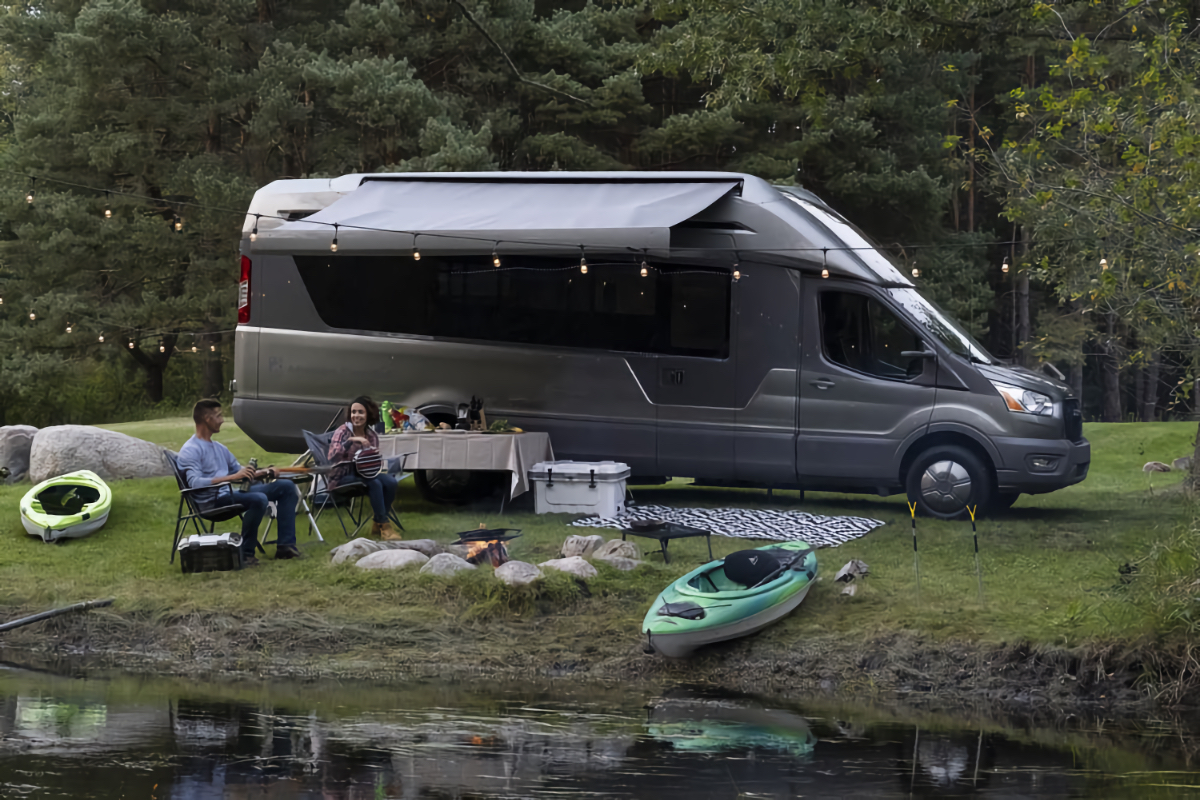 Built on a Ford Transit van platform, the TVV resembles similar vehicles already in production. This model has an electric drivetrain and large battery packs that reportedly give it a “best in class” range of 300 miles. The RV also comes with a slew of high-tech features, including an all-digital cockpit and integrated smart glass that can change opacity at the touch of a button. The vehicle’s lights, HVAC system, and other smart home settings are controlled using Amazon Alexa, while a smartphone app provides power management and navigation capabilities. Solar panels are an optional add-on.

The eStream appears to be an updated version of a prototype travel trailer that THOR tested in Europe this past summer. The prototype received a sleek Airstream makeover, but the concept remains unchanged. Equipped with its own electric drivetrain, the trailer assists its tow vehicle by propelling itself down the highway, dramatically increasing gas mileage or electric range. At the campsite, the eStream’s lithium-ion batteries will power its onboard appliances and climate control systems, potentially making it an outstanding option for boondocking. 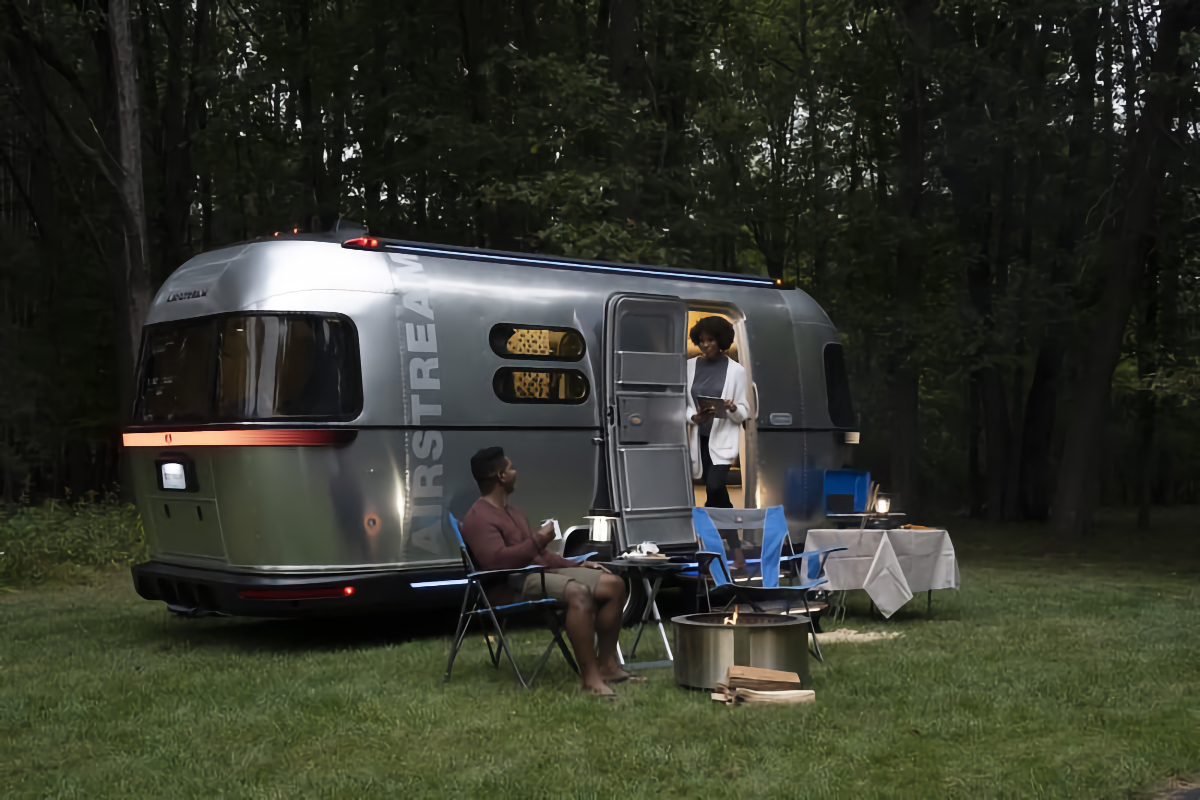 “We’ve been focused on an electrification ‘eMobility’ strategy for a number of years and have made substantial progress on our journey,” THOR CEO Bob Martin said in a press release announcing the vehicles. “Early on, we determined that success for us would not be to simply put our name on the side of an electric chassis built by a third-party electric chassis manufacturer. Instead, as the industry leader, we harnessed emerging technology and co-developed flexible, scalable, and customizable platforms on which our family of companies will build distinct products, providing a best-in-class RV user experience.”

Some of the technology used in the TVV and eStream were co-developed with other companies. For instance, the chassis used in the electric motorhome was created in conjunction with Roush, while ZF Friedrichshafen AG designed the one found on the travel trailer. Working with these partners, THOR claims that it has been able to extend the range of the TVV and reduce charging times for the eStream. 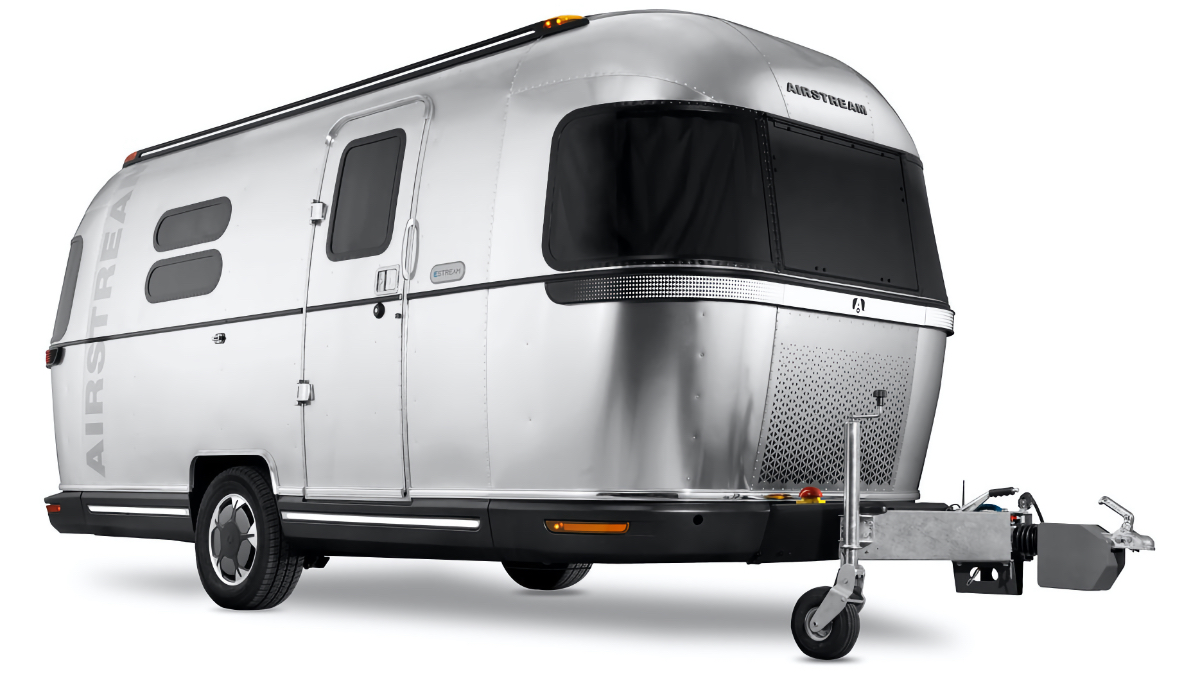 “Our team has conducted a massive amount of research targeted at understanding the impact of design elements on extending range, including aerodynamics of the units, says Todd Woelfer, THOR’s Chief Operating Officer, via the press release. “Our strategy to create a unique electric experience specifically tailored for RV users has identified a number of product enhancement opportunities that we can and will implement well before we industrialize the electrified units.”

As with Winnebago’s e-RV concept vehicle—also revealed at the Florida RV SuperShow—neither the TVV nor eStream have release dates or pricing. THOR does seem committed to bringing these vehicles to market in the near future, so expect further updates as production plans solidify.