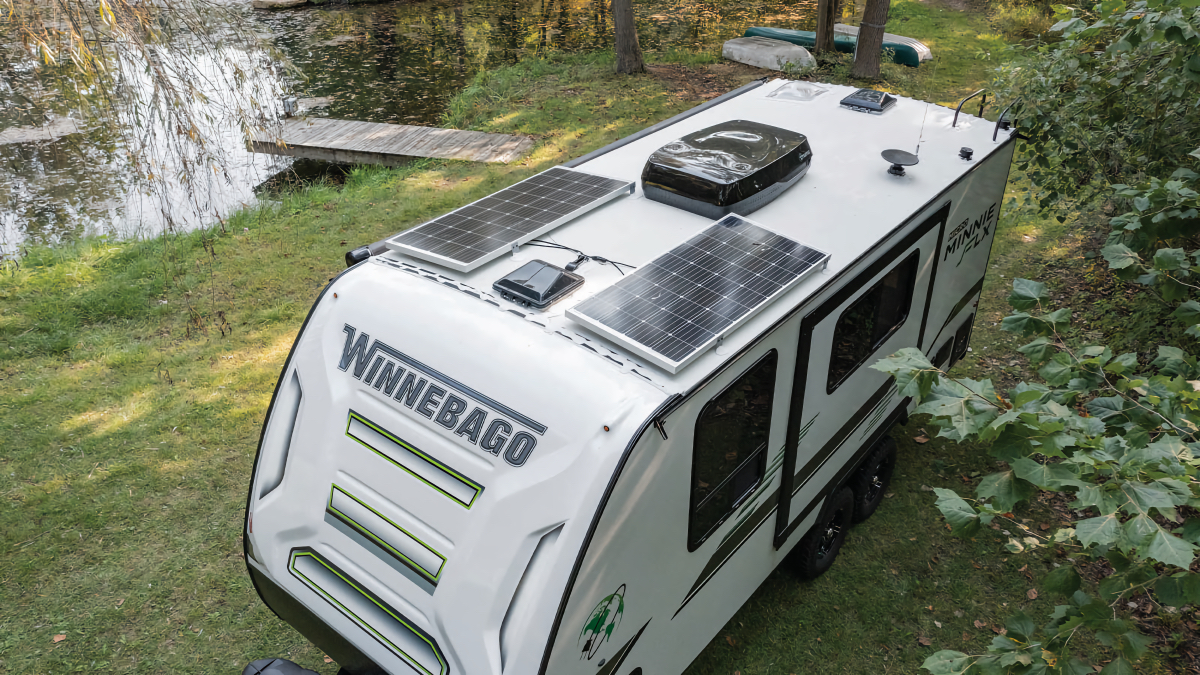 Among the more notable upgrades to the FLX is the addition of a Truma Vario heating system, a Truma Aventa air conditioner, and the tankless Truma AquaGo hot water heater. All three units are quieter and more energy-efficient than those currently found in the Micro Minnie, directly translating to much better battery life. Each of these systems can also be controlled from a single panel located on the wall of the RV.

In an effort to further extend battery life, the FLX also comes with two roof-mounted solar panels. Working in conjunction with one another, those solar cells are capable of generating 380 watts of power. And since the towable is equipped with a 3000-watt Xantrex inverter, it should be able to power a wide range of appliances and devices.

With these upgrades, Winnebago says that the FLX is capable of comfortably functioning off-grid for up to five days at a time. That number is reached thanks in part to the inclusion of a Showermiser system, which can route water used while waiting for the shower to warm up back to the freshwater tank. This can conserve a substantial amount of water when used properly.

Available in four floor plans, the Micro Minnie FLX is an off-grid ready towable that will definitely appeal to boondockers. To find out more, visit winnebago.com, where you can download a brochure and request a quote.