2022 is shaping up to be a big year for electric vehicles. The Ford F-150 Lightning, Rivian R1S, and the Cadillac Lyriq are all expected to go on sale this year, alongside the Tesla Cybertruck and Fisker Ocean. But it is the new Subaru Solterra that has caught the attention of many would-be EV buyers with the promise of solid off-road performance, high-quality construction, and an affordable price tag.

The Solterra is the first EV from Subaru, which partnered with Toyota to develop the SUV’s all-electric StarDrive platform. That platform will serve as the foundation for future vehicles from both companies, including Toyota’s bZ4X electric crossover, which should begin shipping later this year as well.

So, what makes the Solterra an intriguing vehicle for outdoor enthusiasts and campers? Let’s dive deeper into its specs to find out. 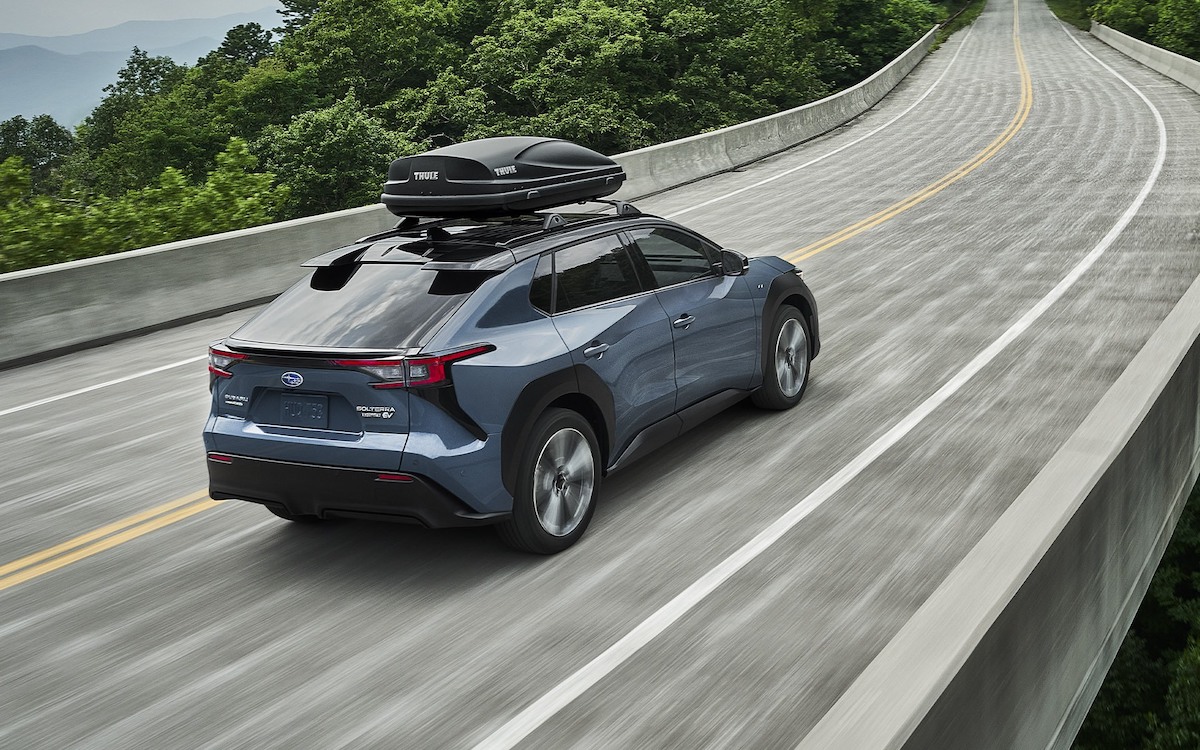 As with all of Subaru’s vehicles, the Solterra comes with all-wheel drive (AWD) as a standard feature across all trim levels. The EV also includes the company’s X-Mode, which tunes the car’s engine output, transmission, braking system, and AWD torque to improve performance on dirt, mud, sand, and snow. Add in standard hill ascent and descent assist—along with 8.3-inches of ground clearance—and the Solterra looks like a promising off-roader.

The EV’s electric StarDrive system can produce 215 horsepower and has a range of approximately 220 miles on a single charge. That number is on the low end compared to most other EVs, which generally target a minimum of 250 miles or range between recharges. The Solterra’s always-on all-wheel-drive system is likely the cause for these modest estimates, which could increase before the vehicle comes to market. 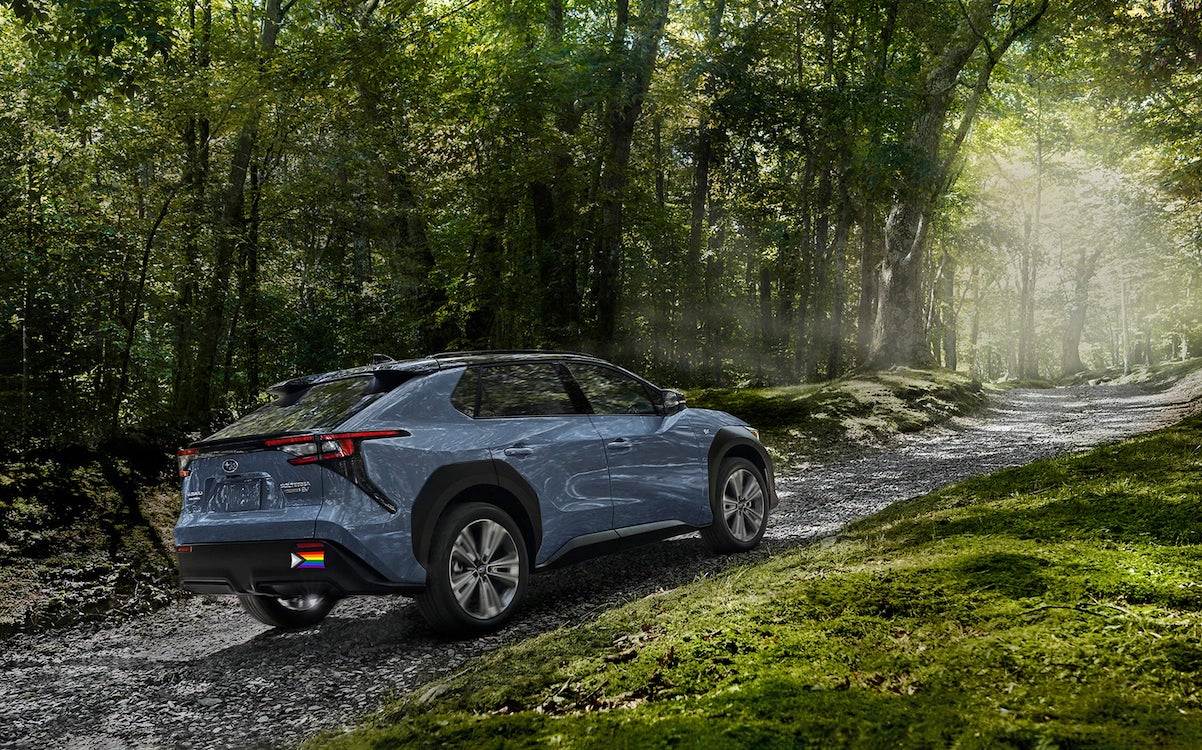 Towing capacity has never been a big selling point for Subaru vehicles. The company’s Outback wagon is capable of pulling a respectable 3500 pounds, while the Forester crossover SUV can tow up to 1500 pounds. That limits both vehicles to pulling small, lightweight trailers rather than larger midsized RVs.

As of this writing, Subaru hasn’t revealed the official towing capacity for the Solterra, but it is estimated to be somewhere in the 2000 to 4000-pound range. That would put it about on par with the Outback and Forester, although the EV’s 248 pound-feet of near-instant torque should provide better power when towing. 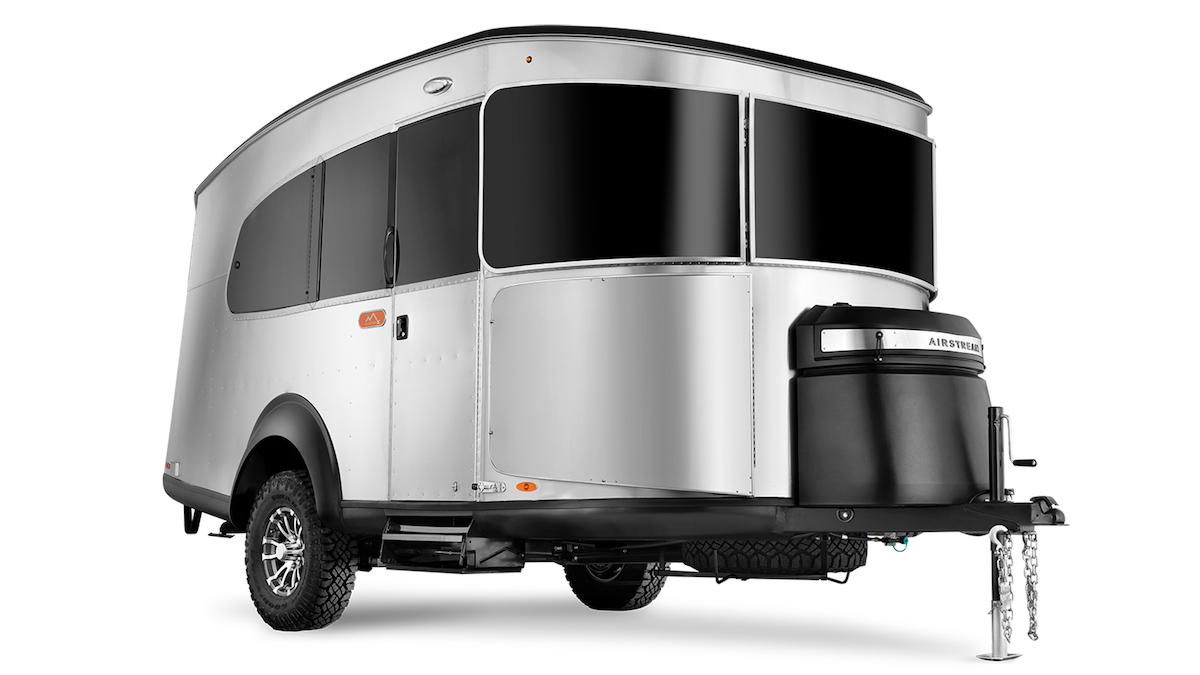 Solterra owners will find a number of lightweight trailers to pull behind their new electric vehicle. For instance, the Classic Teardrop from Timberleaf tips the scales at just 1500 pounds, but can comfortably sleep two and has an onboard kitchen. The 2700-pound Winnebago Hike-100 would also pair nicely with Subaru’s EV, as would the 2650-pound Airstream Basecamp. Other options include the Taxa Cricket (1753 pounds), the KZ Sportsmen Classic (2240 pounds), and the Happier Camper HCT (1800 pounds).

The biggest challenge will be maintaining the Solterra’s range. Just as vehicles with internal combustion engines take a significant hit to their gas mileage when towing a trailer, EVs experience a similar drop in efficiency. When pulling a heavy load, battery life can drop by as much as 40%-50%, which would dramatically cut into the Solterra’s estimated 220-mile range. That could result in frequent stops to recharge on the way to the campground. 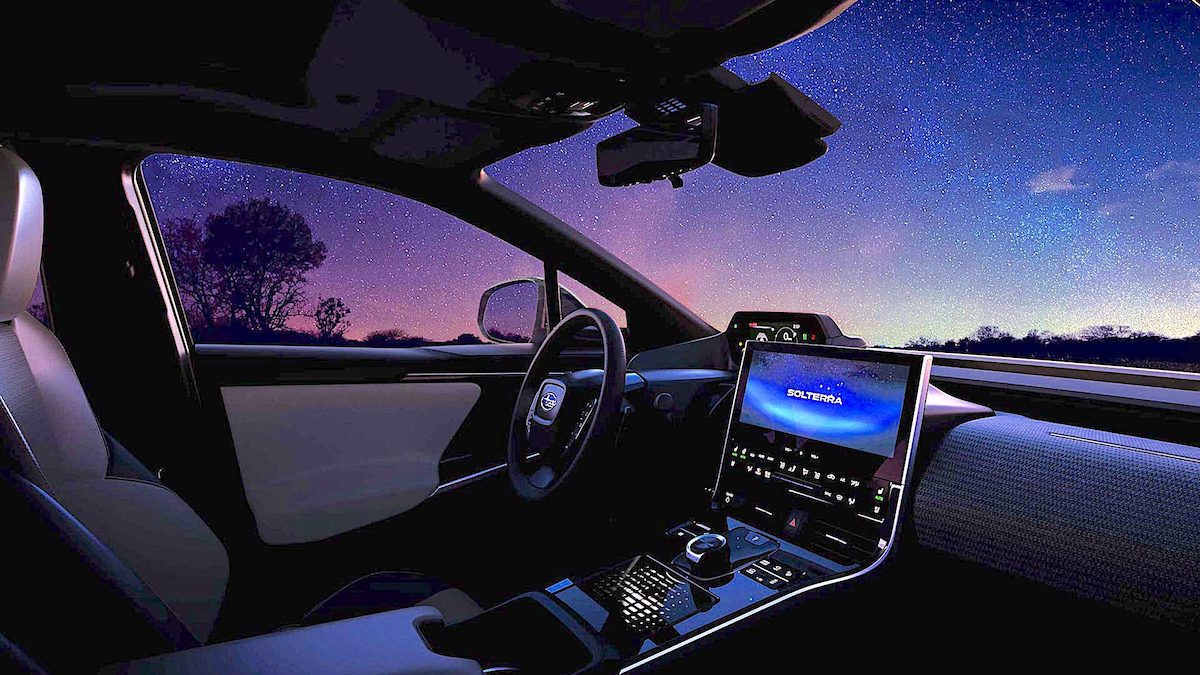 With 30 cubic feet of cargo space behind the backseats, the Solterra offers plenty of room to haul outdoor gear to and from the campsite. Fold the seats down, and the capacity increases dramatically. The vehicle’s rear liftgate also features a 41-inch wide opening, making it easy to get bulkier items in and out. And if that isn’t enough space for all of your equipment, the car comes equipped with raised roof rails that can accommodate a cargo box or a bike or kayak rack.

Safety has always been one of the primary concerns at Subaru, and that holds true for the company’s first EV too. The Solterra comes equipped with a variety of safety features, including a 360º camera system for monitoring the space around the vehicle, as well as lane-keep assist and adaptive cruise control. The car also features blind-spot monitoring, rear cross-traffic alerts, and automatic emergency braking in both forward and reverse.

The Solterra isn’t lacking in technology either. The vehicle comes with a standard 12.3-inch touchscreen that includes wireless Apple CarPlay and Android Auto. The screen allows passengers to interact with music and podcast apps, built-in navigation features, and even get news and weather updates. Owners can remotely start, lock and unlock their EV, and adjust the climate control using a connected app, while an onboard voice assistant provides access to key features using voice commands. The Solterra can even help drivers locate nearby charging stations to top off their batteries. 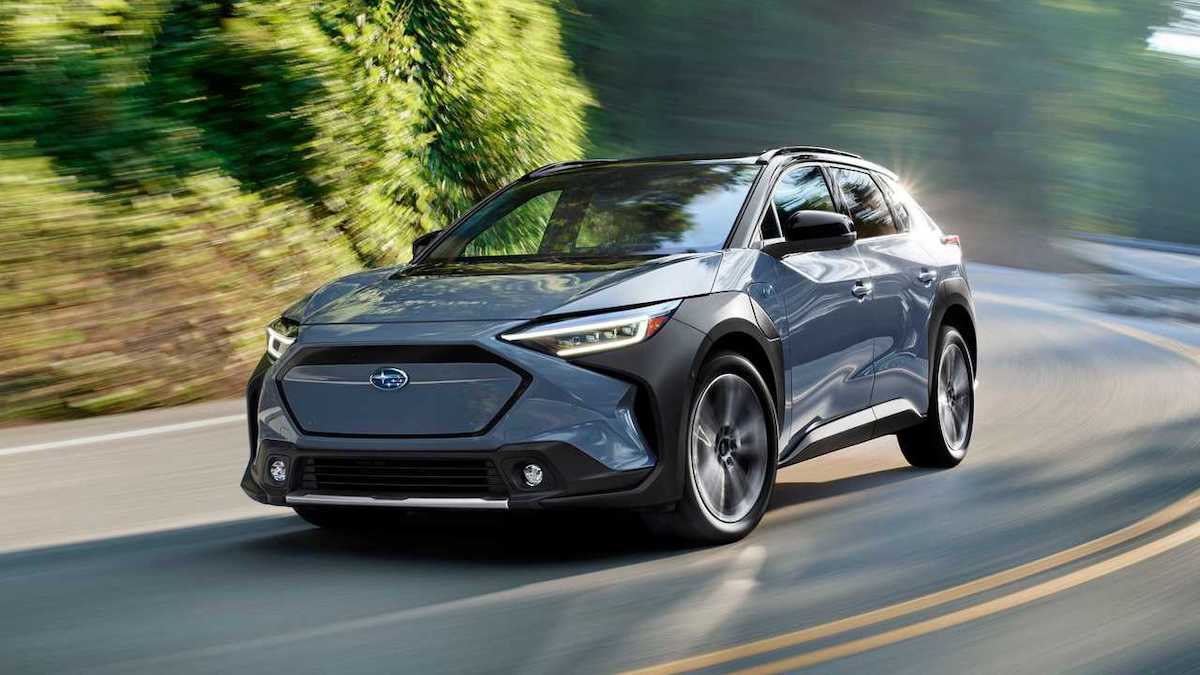 A big part of why Subaru is such a popular brand with outdoor enthusiasts is its commitment to protecting the environment. Not only is the company the largest corporate sponsor to America’s national parks, it also funds projects with the National Forest Foundation and works with other organizations like TerraCycle and Leave No Trace.

As a zero-emissions vehicle, the Solterra is the natural evolution of Subaru’s goal of creating cars that are better for the planet. And since EVs don’t require gasoline or oil changes, it is easy to see why they appeal to the outdoorsy crowd. The automaker will likely play up those elements when the car officially goes on sale later this year. 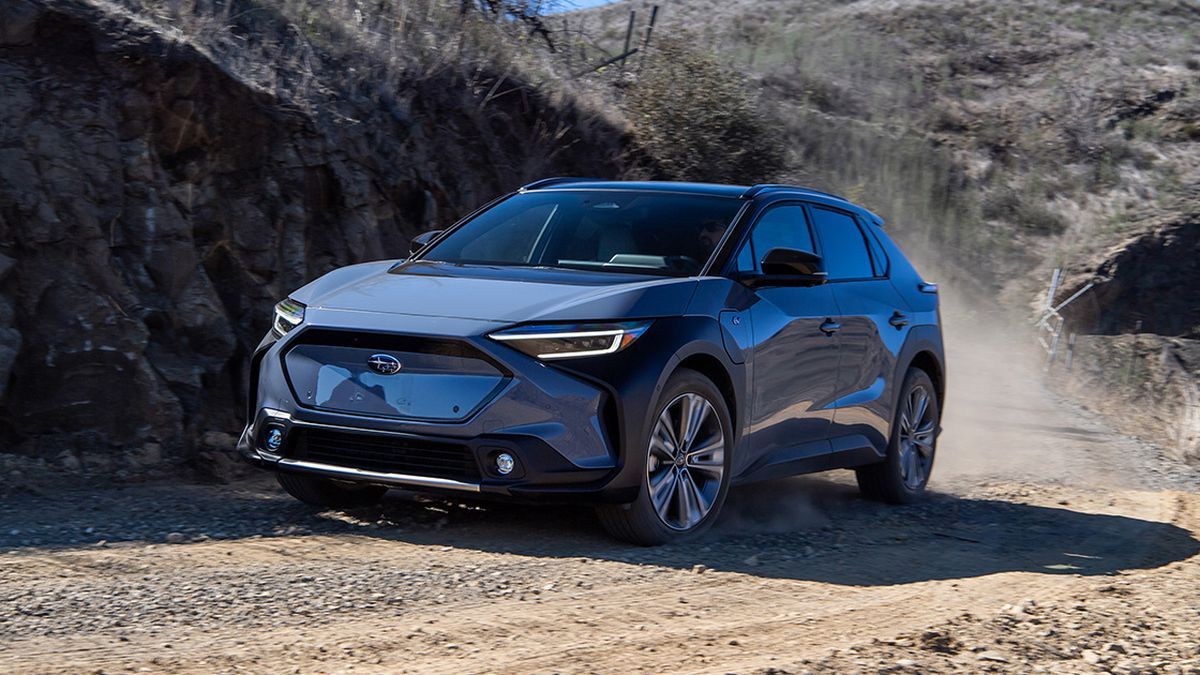 As with some of the other details surrounding this new vehicle, Subaru has remained noncommittal when it comes to the price of the Solterra. However, market experts believe that the crossover will sell for around $37,000 when it goes on sale later this year, before government tax credits. That should make the EV an affordable option for customers looking for their first electric car.

Interested buyers can sign-up to receive email updates on the Solterra, but as of now, Subaru hasn’t started taking preorders just yet. Reservations will likely begin in the spring, with production ramping up later in the year. 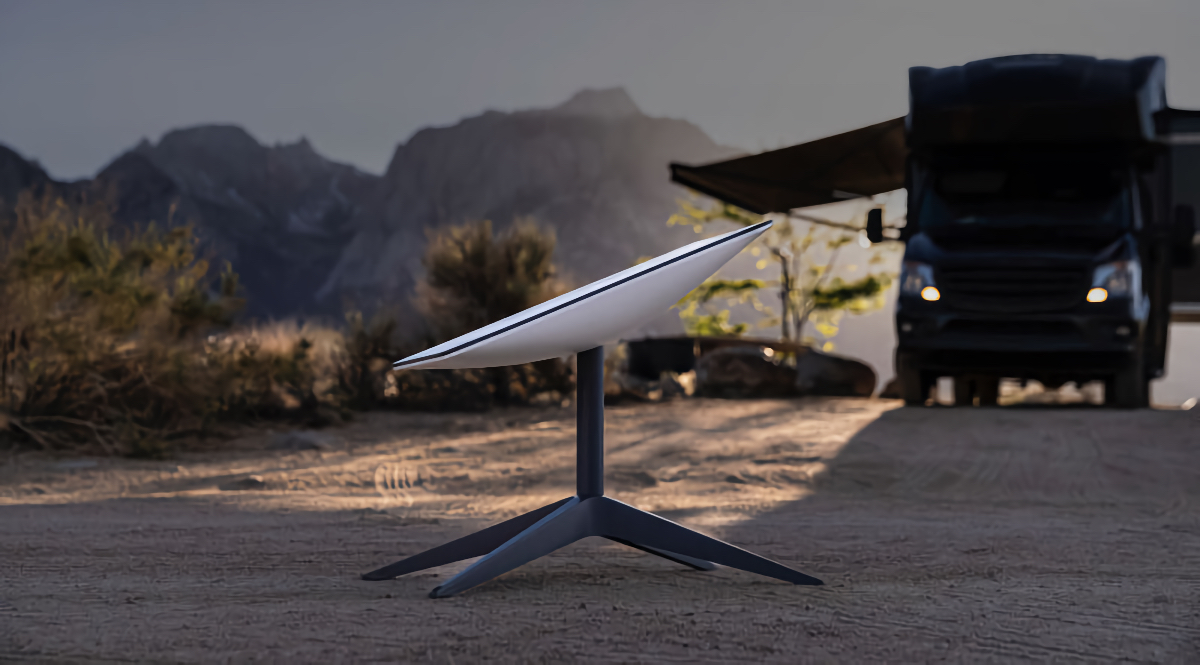 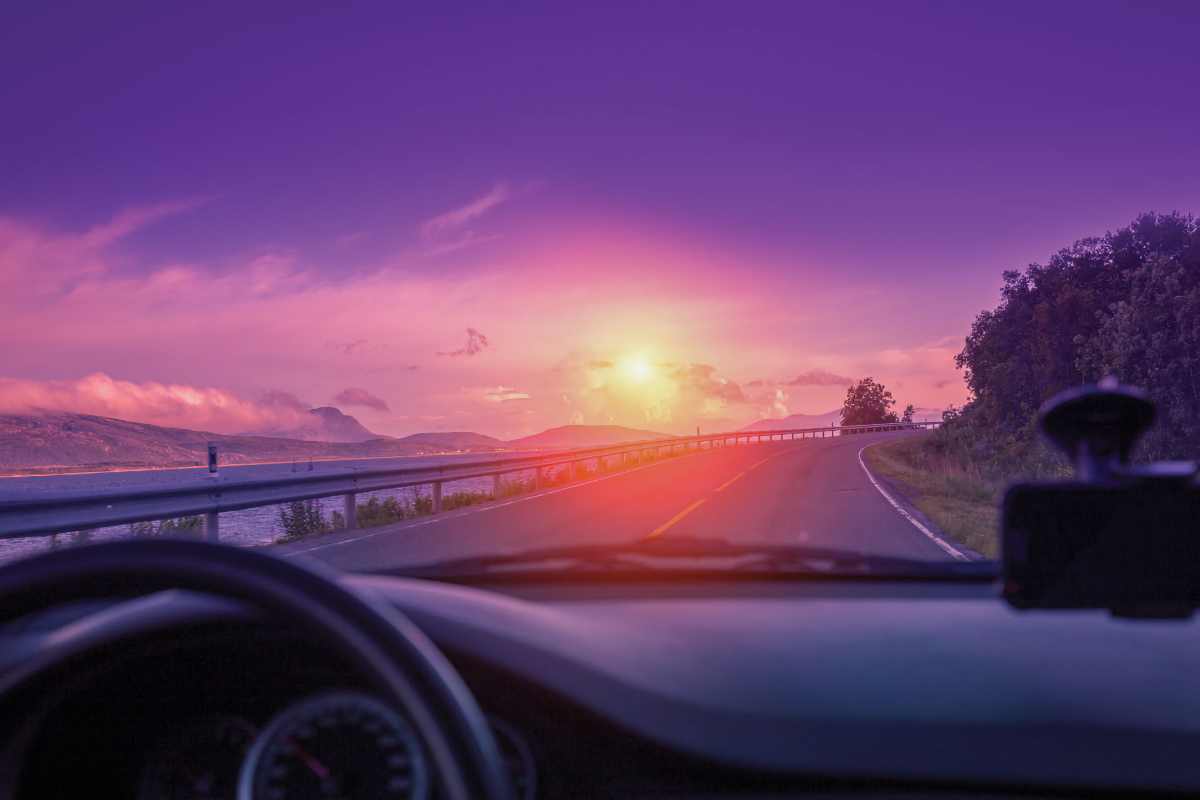 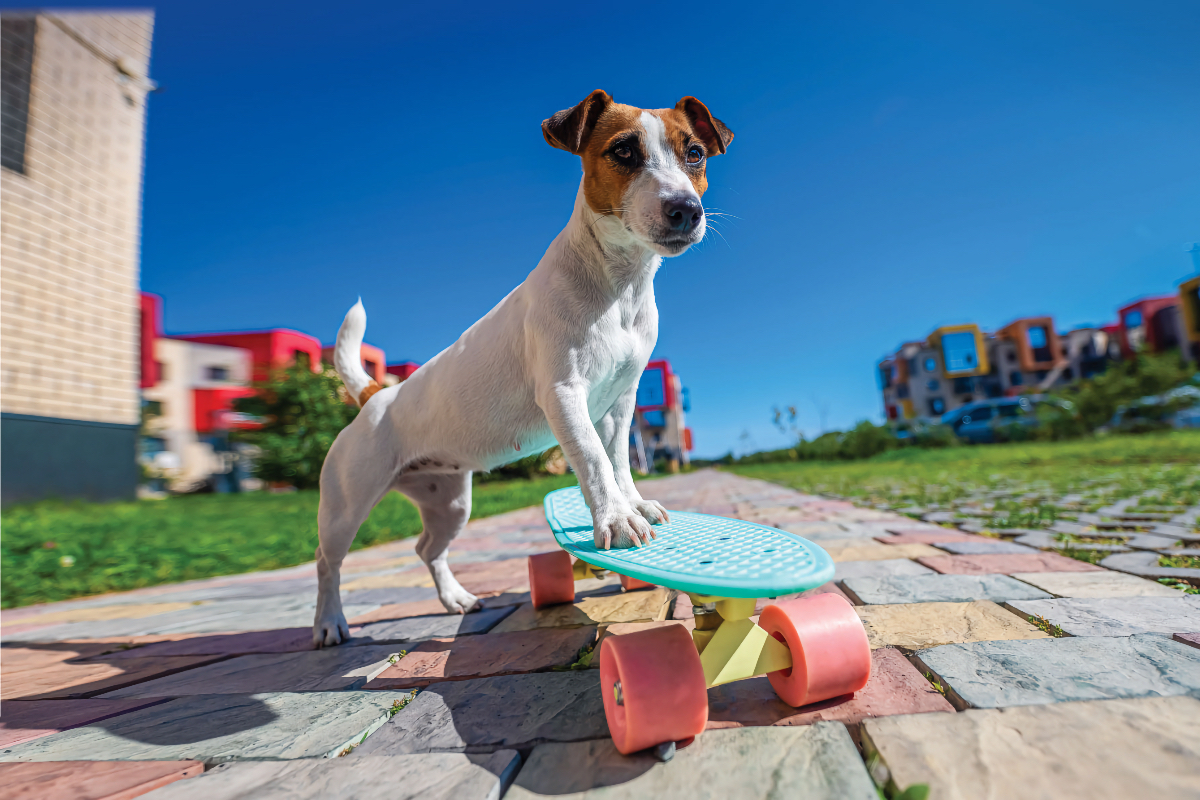 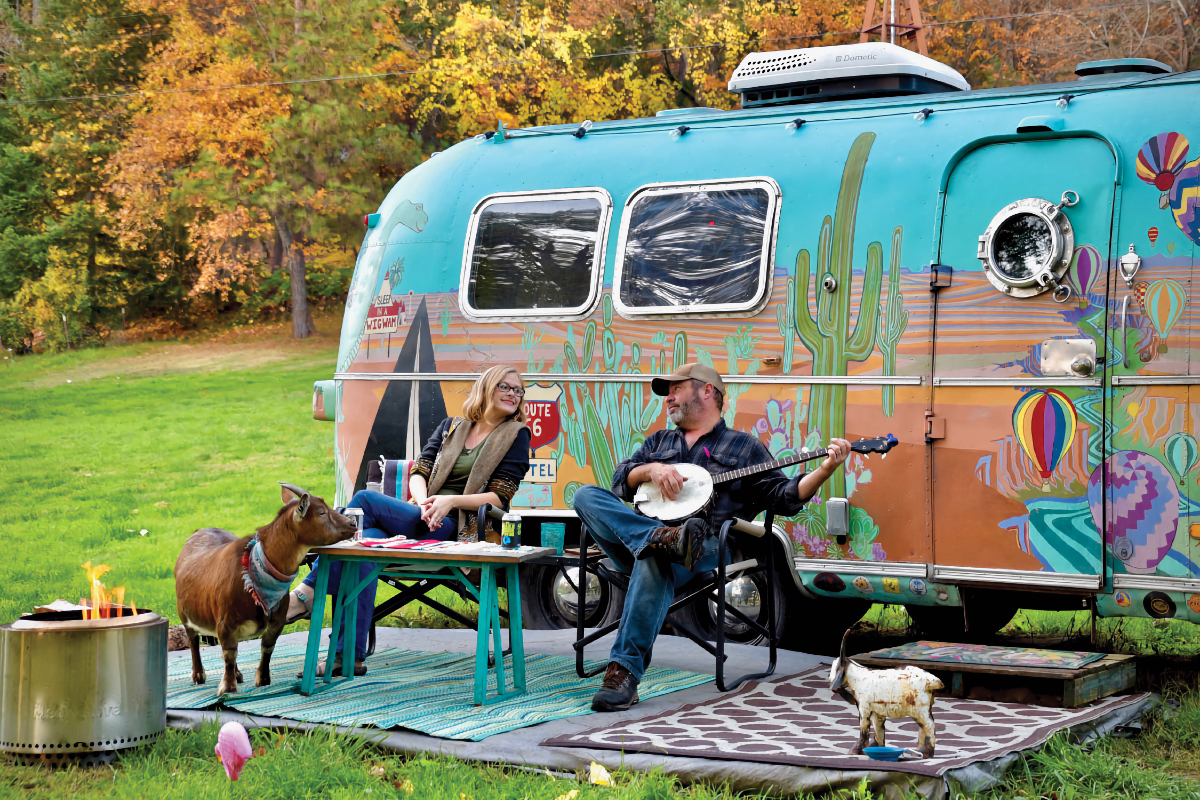