Everything You Need to Know About Electric Tow Vehicles in 2022

After years of automakers promising a revolution in electric vehicles (EVs), 2022 seems poised to be the year that EVs finally go mainstream. Car companies have spent the past decade researching and developing new technologies with the goal of offering new models with better performance and reliability at an affordable price. Over the next year, those efforts should start to pay off, with new EVs in a wide variety of categories making their way onto showroom floors.

Soon, there will be a model for just about every driver and any budget, including RV owners looking for an electric tow vehicle. But before you spend your hard-earned cash on the EV you’ve been waiting for, there are a few things you should know. 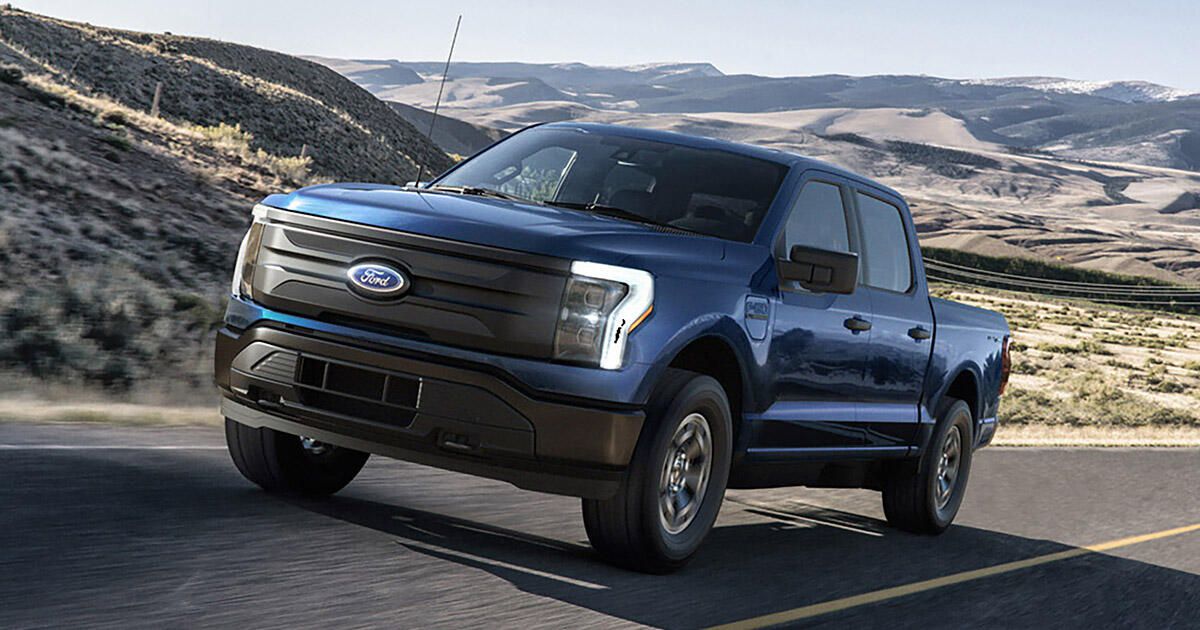 Until recently, most EV manufacturers went to great lengths to make their cars as sleek and aerodynamic as possible. This led to the smooth and rounded designs standard across Tesla’s lineup and the Porsche Taycan—the most aerodynamic vehicle ever produced. These unusual shapes reduce the amount of drag the cars make when speeding down the highway. Lower drag leads to more efficient use of an EV’s batteries, allowing it to travel longer distances on a single charge.

But as battery technology improves and more car manufacturers reveal their upcoming electric models, some familiar form factors are emerging. A good example of this is the Ford F-150 Lightning—an electrified version of the company’s best-selling pick-up truck. While the Lightning certainly has its defining characteristics, it looks like a standard F-150. This makes it a more comfortable choice for consumers because it retains all the functionality you would expect from a truck, including the ability to haul plenty of cargo and an exceptional towing capacity.

Ford isn’t alone in designing an electric tow vehicle that looks like a traditional vehicle. General Motors, Toyota, Volkswagen, Mercedes, and BMW all have similar models coming to market soon. Even newcomers Rivian, Lucid, and Polestar have revealed electric trucks and SUVs with designs that look and feel more familiar than some of the EVs of the past.

This is good news for RV owners looking for an electric tow vehicle. With EVs now shipping with more traditional designs, you’ll soon be able to find a model that looks and performs more like something you’ve driven in the past. As a result, you’re more likely to feel more comfortable behind the wheel, even while towing a large travel trailer. 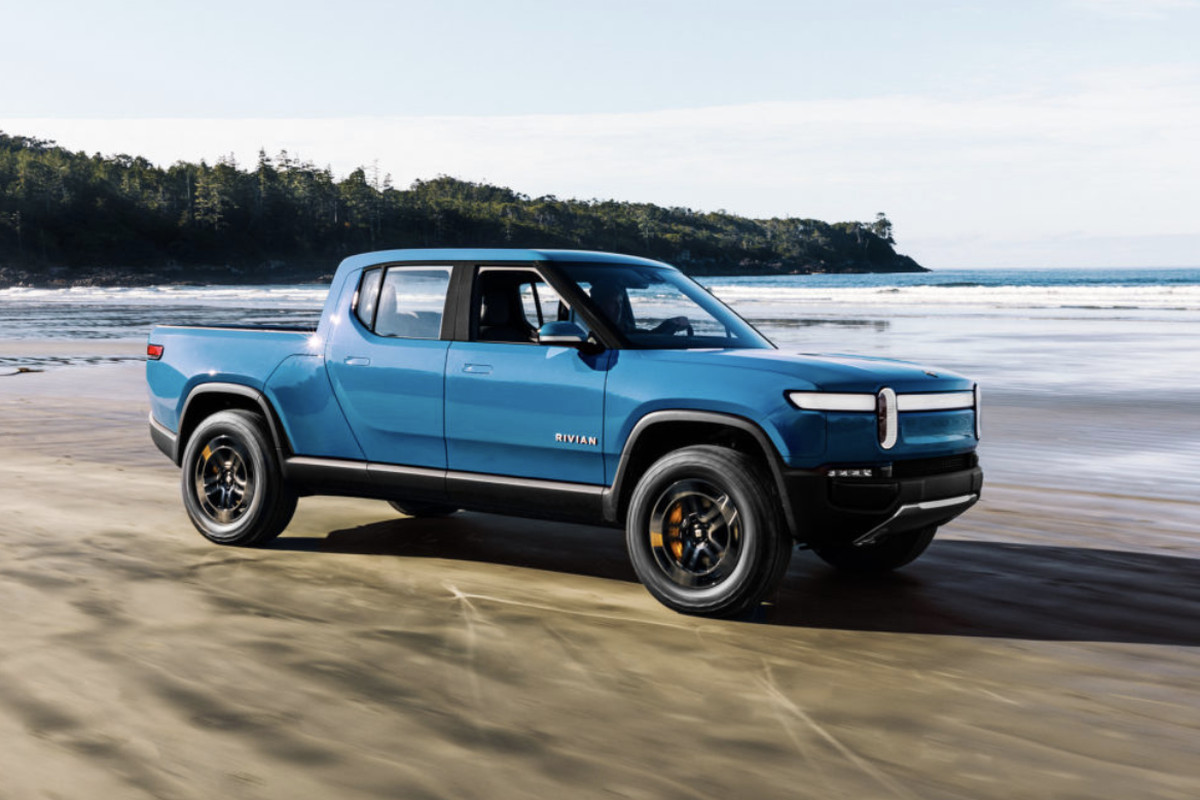 In the past, most EVs didn’t emphasize towing, which limited their usefulness when pulling a camper or cargo trailer. One exception is the Tesla Model X, an SUV/crossover with 5,000 pounds of towing capacity. That’s a relatively modest number compared to the gas-powered competition, but it does give owners the ability to pull small and medium-sized trailers.

The next generation of electric vehicles will offer even higher towing capacities. For instance, the aforementioned F-150 Lightning can tow up to 10,000 pounds, while the new GMC Hummer EV is rated to pull 7,500 pounds. Rivian’s R1T truck has a towing capacity that exceeds 11,000 pounds and its R1S SUV can tow 7,700 pounds making either a good option even for large towables.

An EV’s electric motor gives it near-instant torque and plenty of power, which come in handy when pulling a trailer. But, as already mentioned, the vehicle’s battery packs add additional weight, leading to much heavier gross vehicle weight ratings (GVWR) and gross combined weight ratings (GCWR). The GVWR is a vehicle’s maximum loaded weight—including passengers and cargo—while its GCWR is your GVWR plus the loaded weight of your trailer.

The GVWR and GCWR are assigned by the manufacturer and represent the heaviest weight a vehicle can safely operate, both on its own and when towing a trailer. Exceeding either of those numbers is not recommended, and since EVs are already heavy by their nature, their gross weight and gross combined weights will be higher than those of gas-powered vehicles. The result is longer braking distances, less maneuverability, and a reduction of your EV’s driving range.

An example of this is the Hummer EV, an extremely heavy passenger vehicle that tips the scales at over 9,000 pounds. The electrified Hummer is rated to carry an additional 1,300 pounds of cargo. When you add in its 7,500-pound towing capacity, the EV and RV combined could exceed 17,800 pounds. That is a lot of weight to control out on the road, and drivers may need time to adjust to handling such heavy equipment, particularly when towing a fully loaded travel trailer. 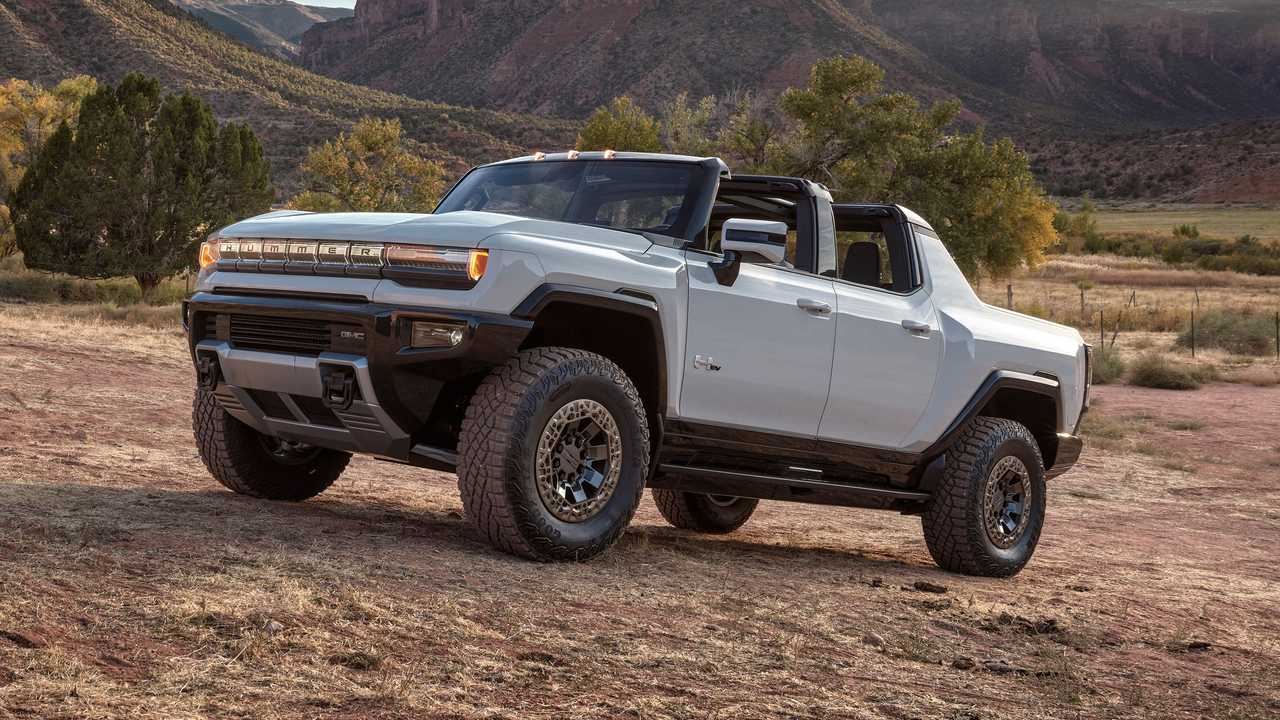 The range of an electric vehicle is one area of performance that manufacturers are still working hard to improve. Compared to gas-powered vehicles, EVs cover a relatively short distance before you’ll need to recharge their batteries. And while refilling a gas tank takes just a few minutes, recharging an EV takes considerably longer.

Range varies from vehicle to vehicle, but most current models fall somewhere between 200 and 300 miles. EV manufacturers usually offer an option to upgrade the size of the battery packs in their vehicles to provide additional range, but those options increase the price tag as well. The standard F-150 Lightning ships with a 98-kilowatt-hour battery that offers a 230-mile range, while upgrading to the 131-kWh version increases that range to more than 300 miles. Similarly, Rivian’s “Large” battery pack is good for 314 miles, while its “Max” pack ups the range to 400+ miles.

Springing for a larger battery may be a wise investment if you intend to pull a trailer regularly. Just as gas mileage falls off when towing with an internal combustion engine, so too will an EV lose range when pulling a trailer. Rivian indicates that the range of its vehicles could drop by as much as 50%. Ford and GM are a little more optimistic about the performance of their trucks, estimating a 40% drop in performance. Either way, you’ll be paying close attention to the status of your battery packs and looking for charging stations along your route.

In addition to the impact that towing will have on an EVs range, there is another reason you may want to pay for larger batteries. Unlike a gas-powered vehicle—which gets better gas mileage when cruising on the highway—an electric vehicle’s range can actually decrease when driving outside of a city. That’s because EVs use regenerative braking systems that feed kinetic energy back into the batteries when the car slows down or stops. That means stop-and-go traffic—like that found in an urban setting—helps improve the range of an electric vehicle, which is the exact opposite of what you’d expect from an internal combustion engine. 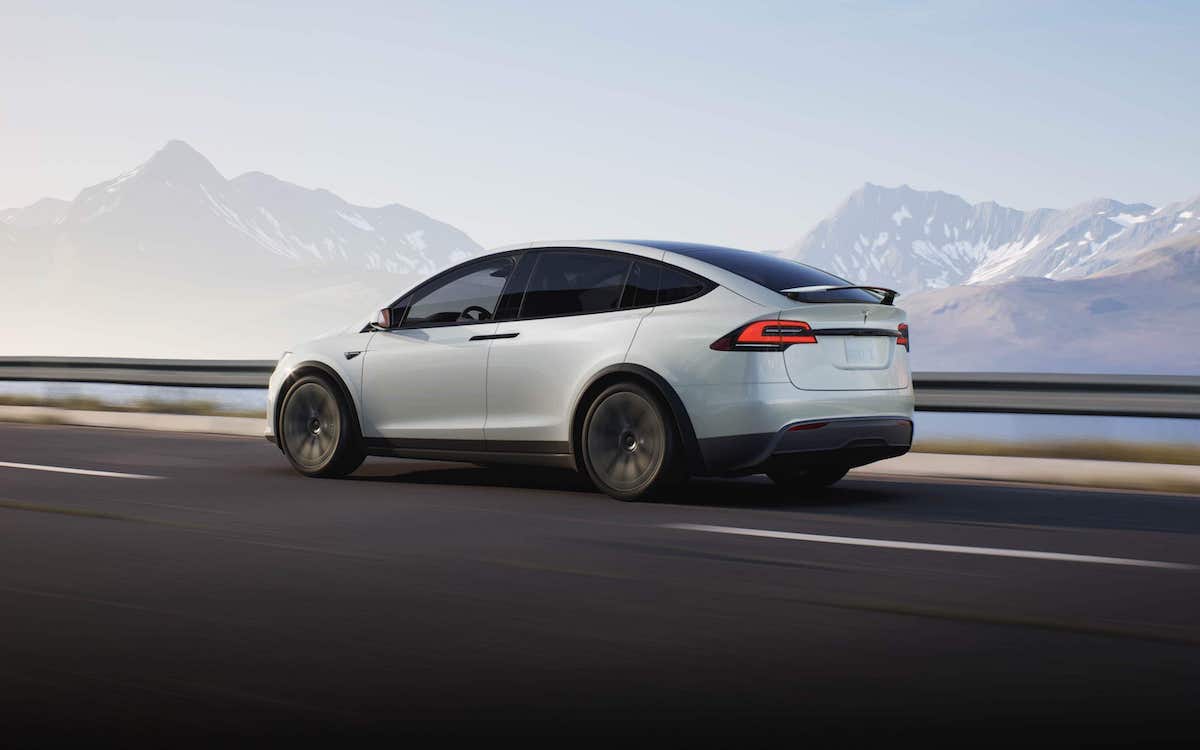 Gas-powered vehicles have another significant advantage over EVs—when you run low on fuel, you quickly stop at a gas station, fill up, and you’re back on the road in a matter of minutes. Electric vehicles take much longer to recharge, and charging stations aren’t as readily available when you travel in remote rural areas. Because of this, EVs require a more detailed plan for when and where to stop and recharge while traveling.

If you drive a Tesla, this is less of an issue. The company’s proprietary Supercharger network is much faster and more ubiquitous than rival charging networks, at the moment. But building out more extensive and robust charging options is a top priority for carmakers, state and local governments, and gas station chains. The recently passed Infrastructure Investment and Jobs Act even allocates funding to expand charging networks around the country, including installing EV chargers in state and national parks.

Charging times vary dramatically based on the EV model and the amount of power a charging station supplies. Most newer vehicles can accept 150-kilowatt—or faster—charging speeds, which can completely recharge a depleted battery in less than an hour. However, those types of chargers aren’t all that common yet, so a charging stop may take longer than expected.

The majority of new EVs can recharge their batteries to 80% in a relatively short period of time. Ford estimates that the F-150 Lightning’s battery can be recharged from 15% to that level in less than 41 minutes using a DC fast charger. That’s enough time to stop for lunch while you wait to power up.

The good news on the charging front is that auto manufacturers are working on technology to improve battery range and charging speeds. Future EVs will require less time at the charging station and will be able to travel farther on a single charge than they can today. The Lucid Air—which won Motor Trend’s Car of the Year award for 2021—is a luxury sedan with a range of 520 miles. Those improved battery packs will make their way to other models soon—including electric tow vehicles. 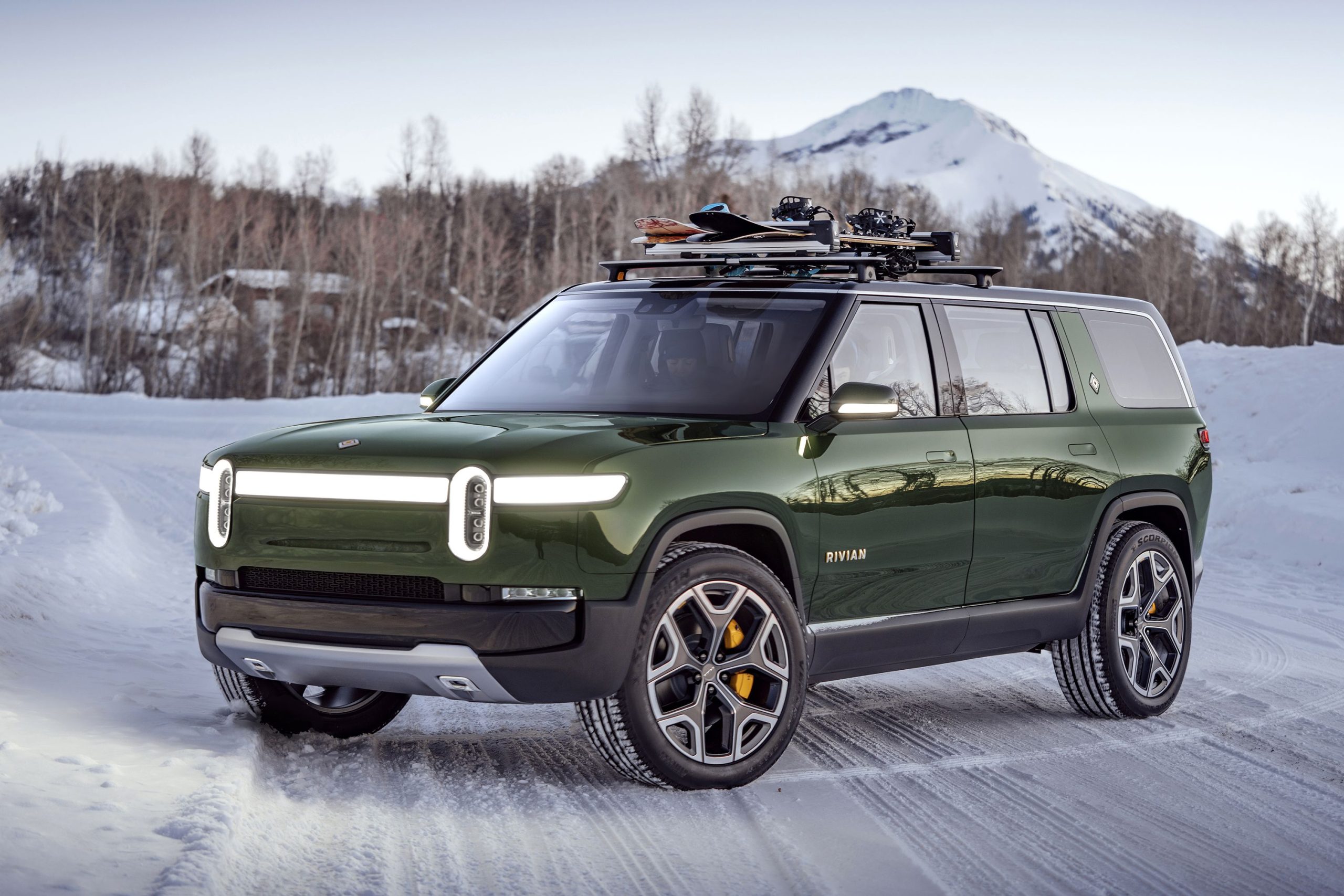 The Best Electric Tow Vehicles for 2022

Of the electric tow vehicles currently—or soon to be—available, five models stand out as potential tow vehicles. They include the Rivian R1T truck and R1S SUV, the GMC Hummer EV, the Ford F-150 Lightning, and to a lesser extent, the Tesla Model X. Of those, both the F-150 Lightning and the R1S aren’t available to buy just yet but should go on sale early this year.

The competition between manufacturers should heat up throughout the year with announcements of new models expected from Chevy, Dodge, Land Rover, and others.

Tesla’s quirky Cybertruck should go on sale late in 2022 as well, with an expected towing capacity of 14,000 pounds and a $40,000 price tag. These new additions to the market will provide buyers with intriguing new options in terms of power, range, and other capabilities.

If the current supply chain issues can be resolved and carmakers can hit their projected shipping dates for these new EVs, the prospects for electric tow vehicles will improve noticeably heading into 2023. Until then, early adopters will still find plenty to love with the current models, but greater competition will further enhance performance and bring prices down.

When that happens, we may finally get the electric future that we’ve all been waiting for. 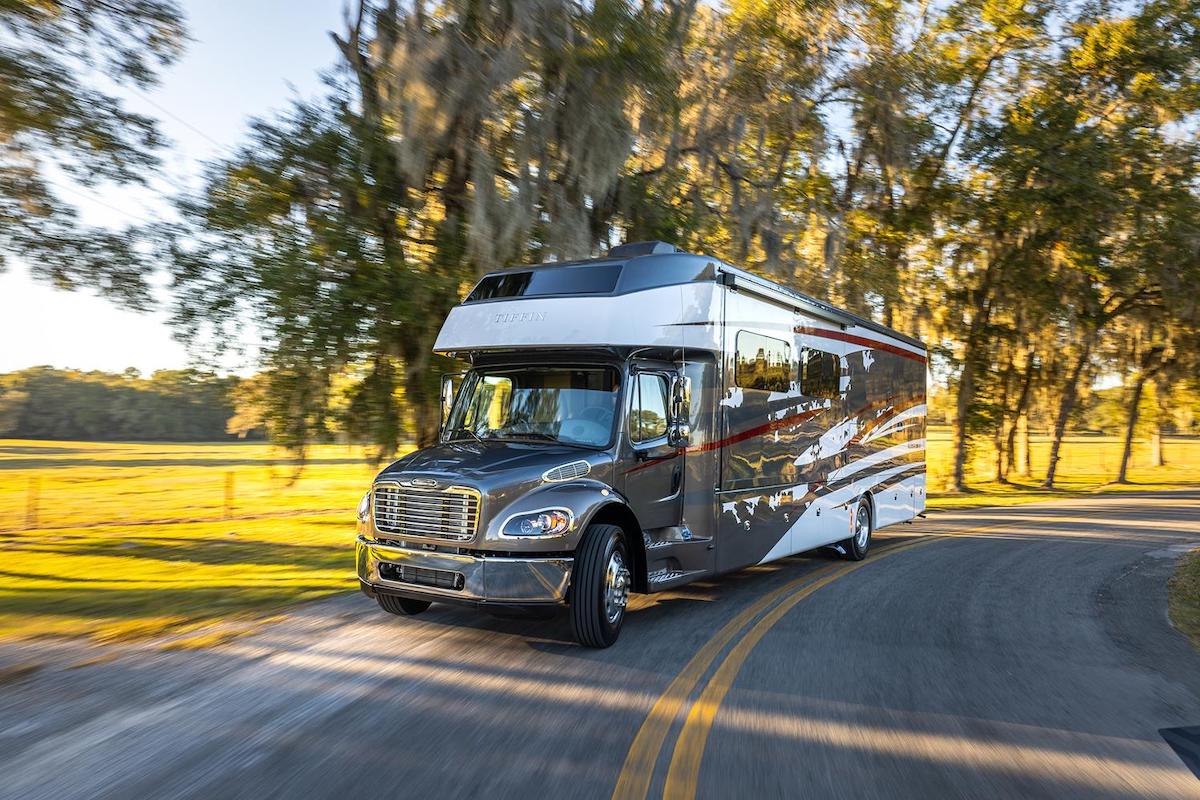 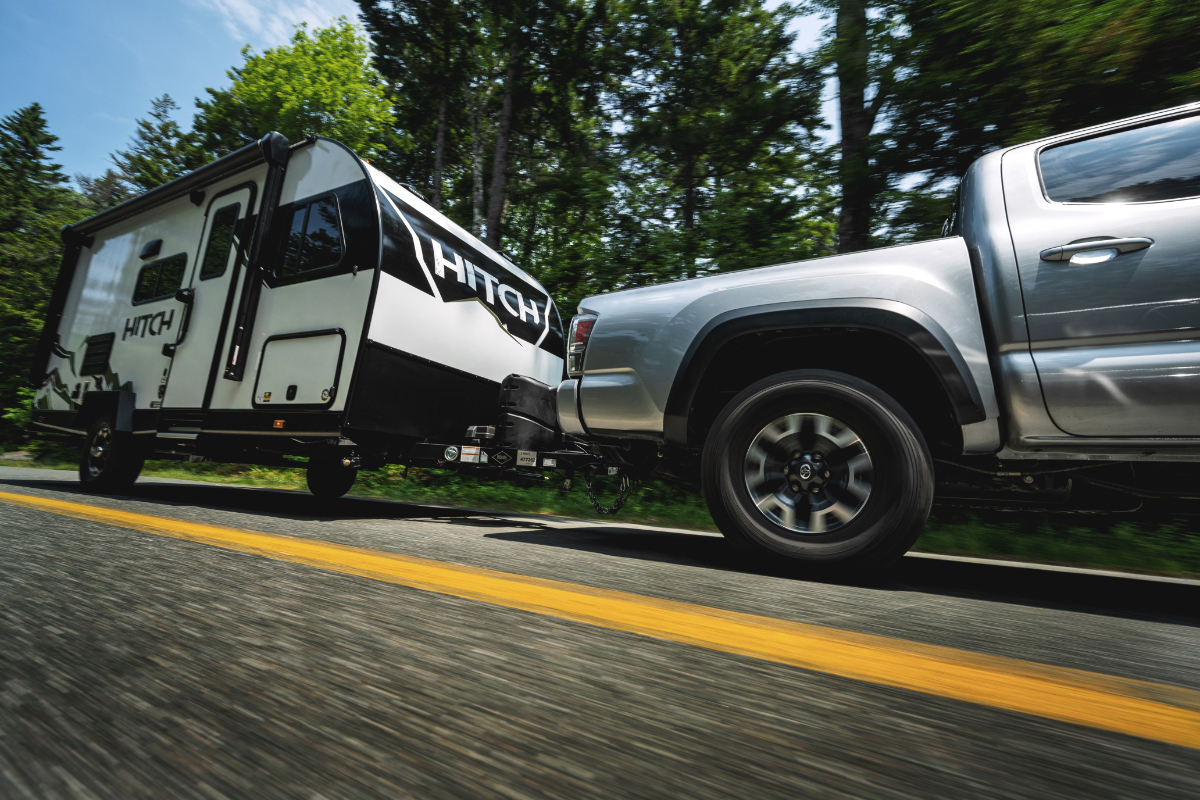 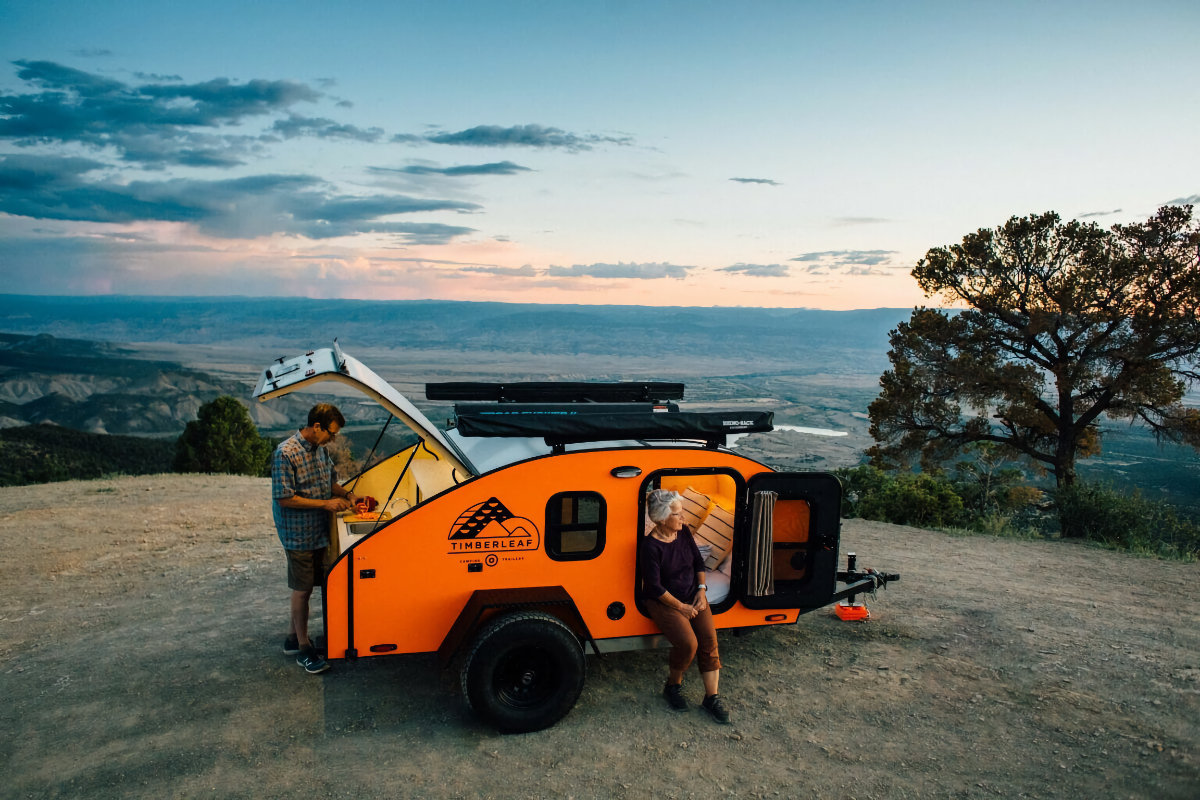