The Best Places to Spot Wildlife While RVing

Some of the most memorable experiences from camping and traveling come from the wildlife we encounter on our adventures. From colorful birds and reptiles to massive grizzly bears and bison, the animals we run into certainly leave a lasting impression. So much so that we often share stories of those moments long after they have come and gone.

If you happen to love spotting wildlife in its natural habitat, there are a number of fantastic destinations across the country that should be on your list of places to visit. Just be sure to remember that these wild animals can be somewhat unpredictable, so give them plenty of respect and space. And don’t forget to bring a good camera and a zoom lens to capture the moment.

These are the best places to spot wildlife while RVing: 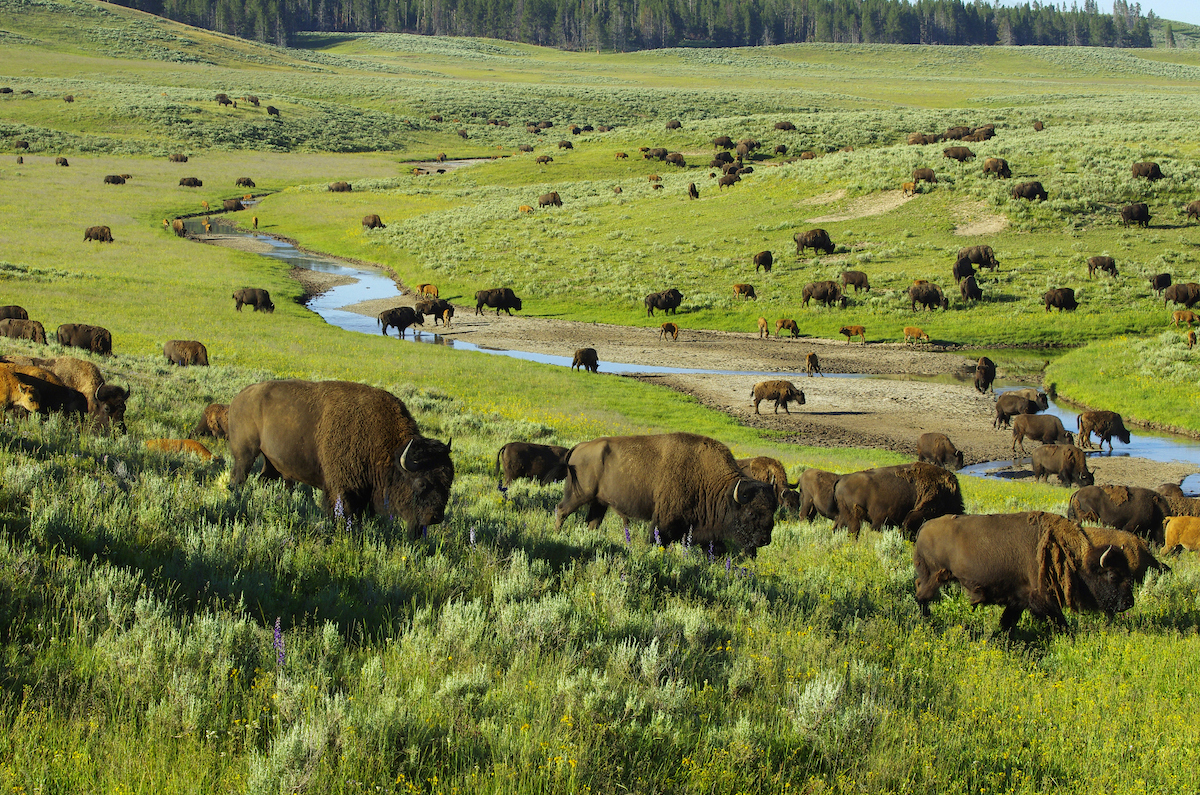 It should come as no surprise that America’s first national park is a great place to watch an array of unique creatures in the wild. In fact, Yellowstone’s Lamar Valley region is often referred to as “the Serengeti of North America.” There, you’ll find large herds of bison roaming amongst the park’s geothermal features, sometimes creating traffic jams as they wander along the roads.

Other wildlife commonly spotted in Yellowstone include elk, mule deer, bighorn sheep, and grizzly bears. The park is also home to more than 150 species of birds and is famous for its wolf packs, which were reintroduced to the region in 1995. 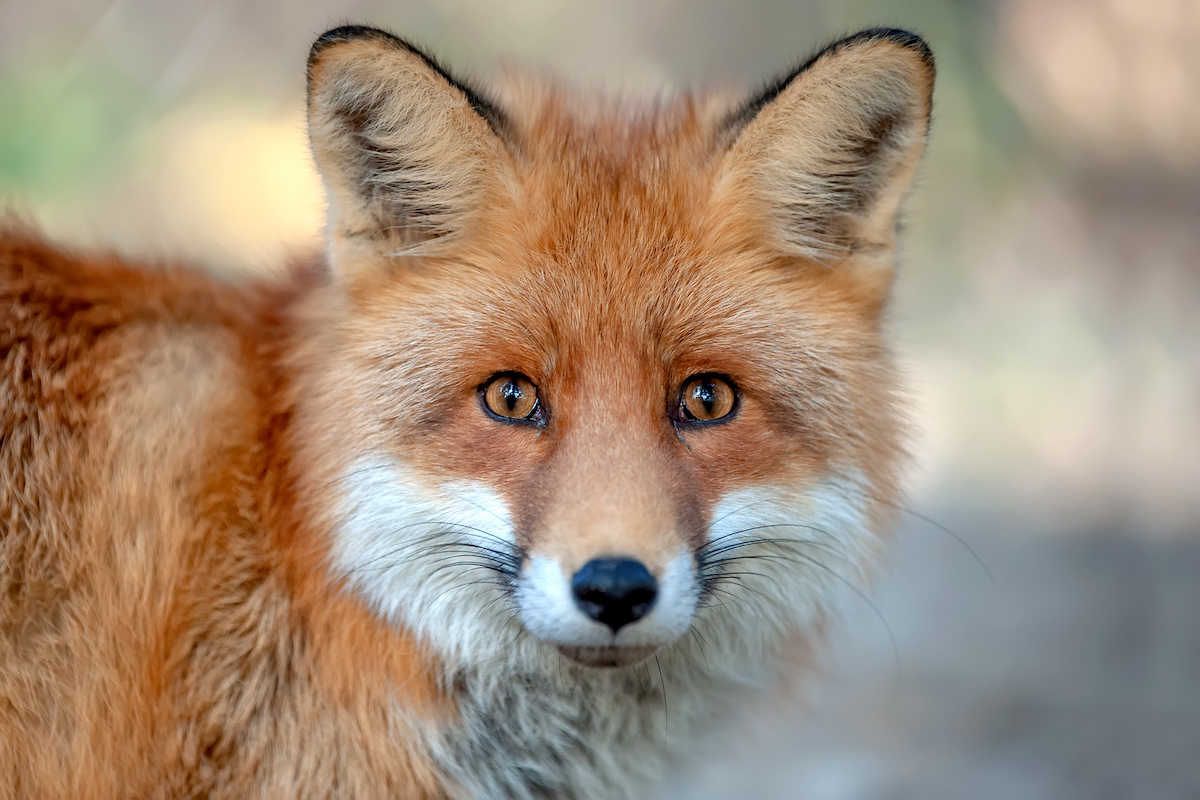 While Rocky Mountain National Park is a fantastic destination for spotting wildlife, it can sometimes get congested with visitors. Avoid the crowds by traveling to Browns Canyon National Monument instead. In this remote wilderness, you’ll find black bears, coyotes, brown foxes, elk, bighorn sheep, and even elusive mountain lions and bobcats. Keep your eyes peeled for large toads and horned lizards too.

Where to Camp: Arrowhead Point Campground and Cabins in Buena Vista, CO 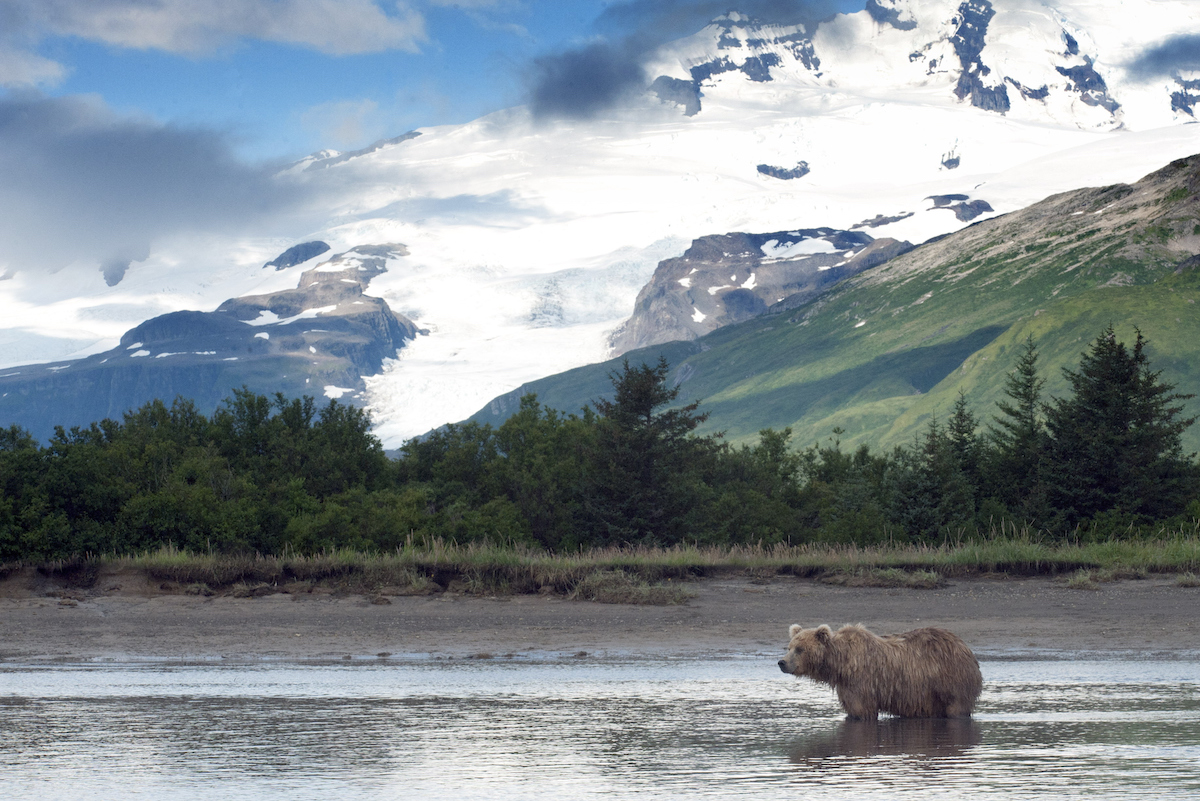 Alaska has an abundance of wildlife, but there are few places better than Katmai National Park for seeing those creatures in the wild. Getting to the park requires traveling by boat or float plane, but the trip is well worth the effort. That’s because Katmai is home to dozens of bird species—bald eagles are common here—and more than 40 mammals, including wolves, caribou, mink, weasels, and porcupines. Along Katmai’s coast, it is even possible to spot sea otters and whales.

But the true star of the show is the park’s large population of brown bears. From June through October, these massive creatures descend on the Brooks River, where they feast on spawning salmon to fatten up for the winter. During those months, visitors to the famous Brooks Camp are almost certain to see these creatures as they frolic, feed, and sometimes fight. For animal lovers, it is a spectacle that is unlike any other on Earth. 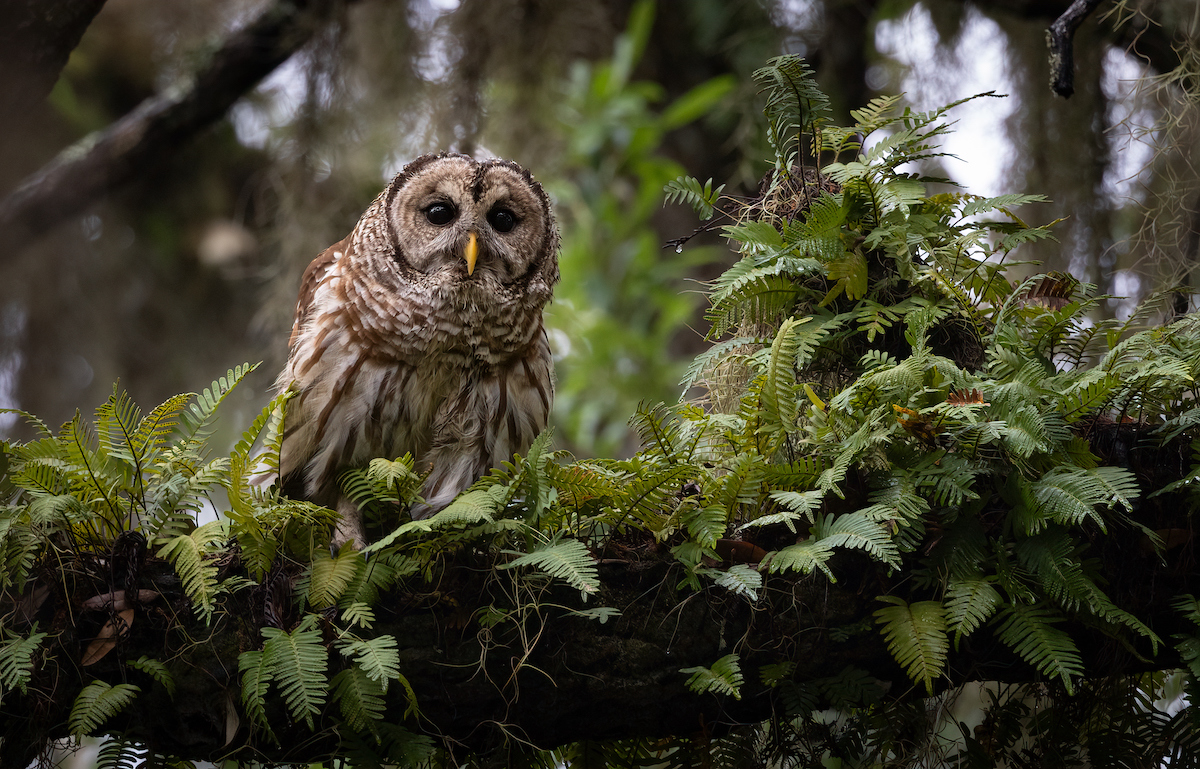 RVers heading to the East Coast should have Acadia National Park on their list of places to visit. The landscapes there are stunningly beautiful, and early risers can spot the first rays of the sun to reach North America each day atop Cadillac Mountain.

The park is also rich in wildlife, and it is not uncommon to encounter deer and squirrels while exploring the area. But quick-eyed visitors may also spot foxes, otters, mink, porcupines, coyotes, and bobcats. You may even spot Moose in Acadia if you’re lucky, but they tend to avoid humans and are often much harder to find.

Where to Camp: Timberland Acres RV Park in Trenton, ME 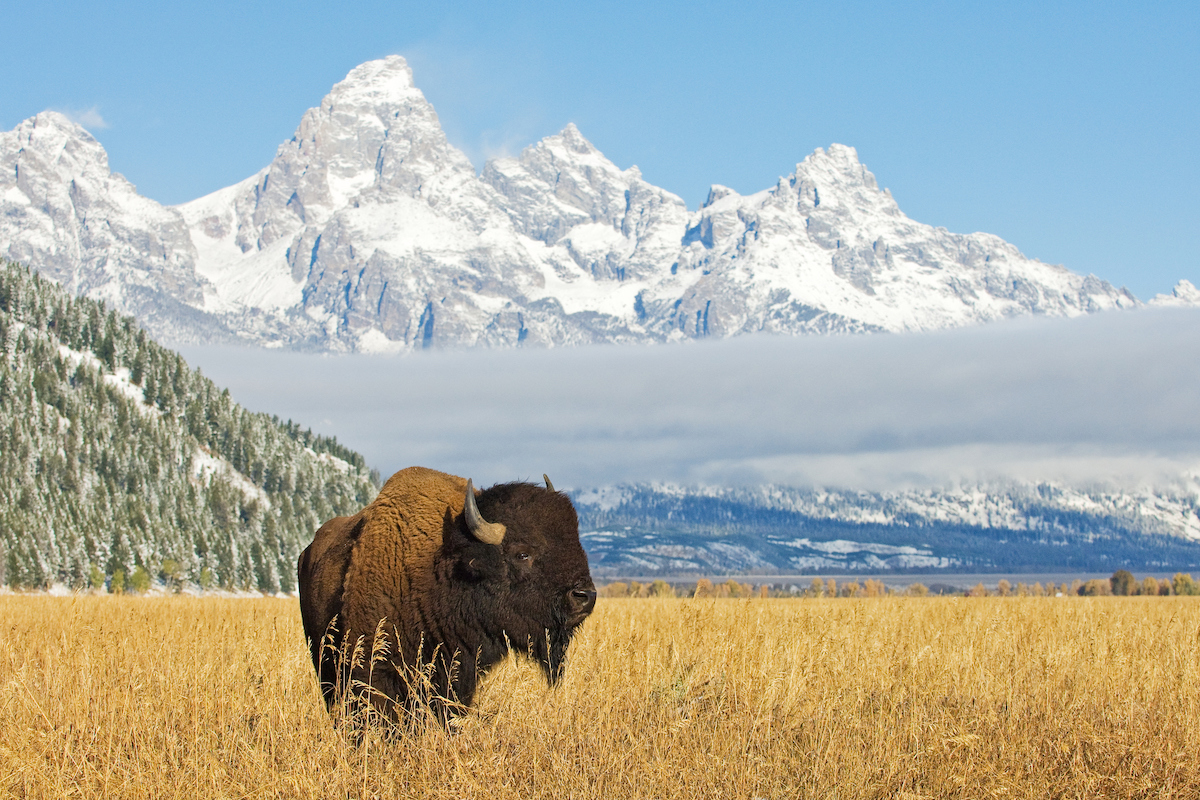 Grand Teton National Park is found not far from Yellowstone, so, unsurprisingly, the two parks offer similar opportunities for viewing wildlife. Visitors to the Tetons can spot both grizzly and black bears, along with moose, elk, bison, and mule deer.

Birdwatchers will find plenty to love in Grand Teton as well. The park is home to more than 120 avian species, including bald eagles, ospreys, kingfishers, and the colorful Western Tanagers. While in the area, keep your eyes peeled for the calliope hummingbird too. Weighing less than a tenth of an ounce, it is the smallest bird in North America.

Where to Camp: Alpine Valley RV Resort in Alpine, WY 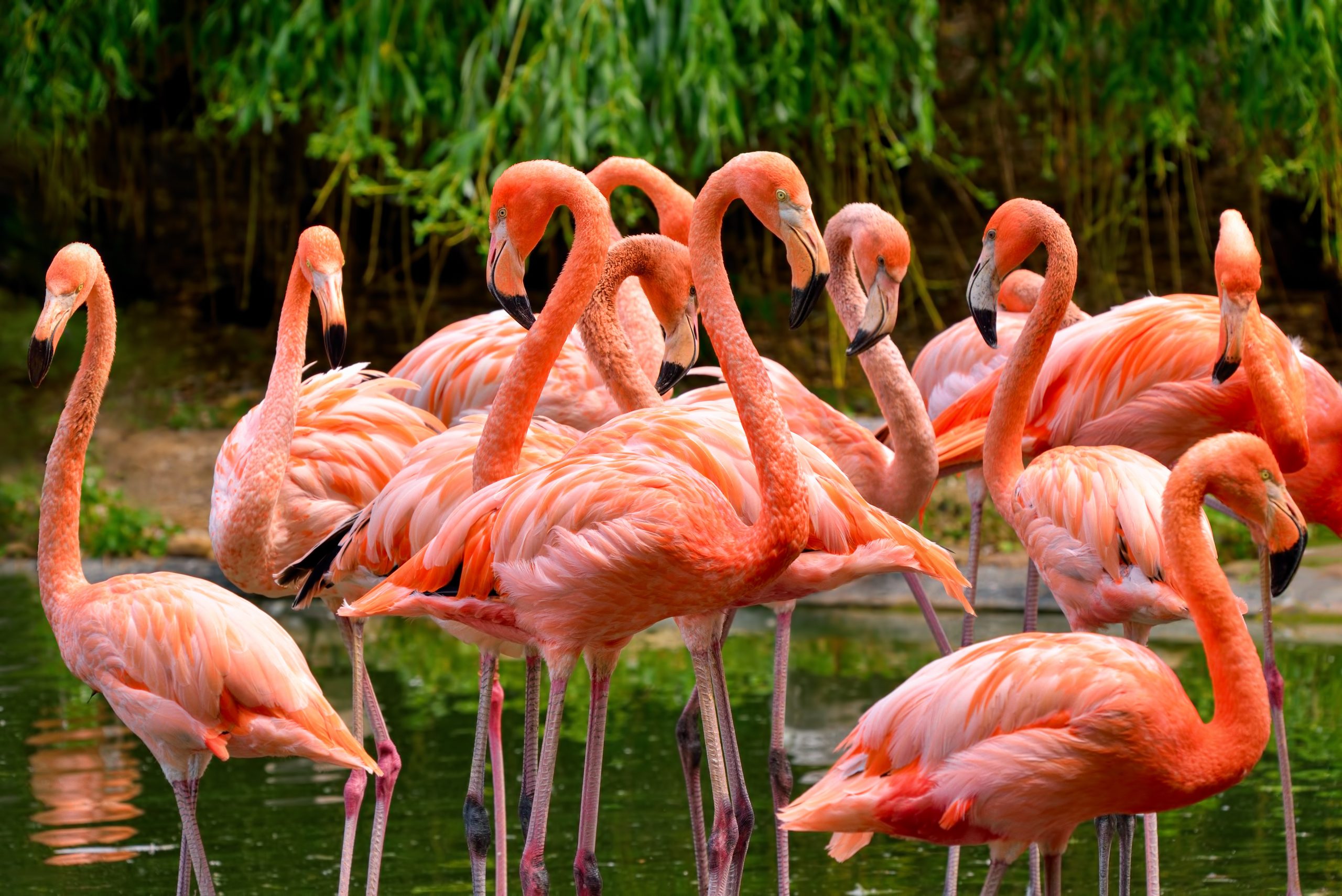 Reptiles take center stage in Everglades National Park, where visitors can get up close and personal with both alligators and crocodiles. Numerous snake species are also found there, including boa constrictors, king snakes, and a growing number of invasive Burmese pythons. Iguanas are also common, as are geckos, skinks, and lizards.

The park is home to more than 40 species of mammals, including black bears, foxes, river otters, and the legendary Florida panther. Manatees are also a highlight of any visit to the Everglades, as are the more than 360 bird species native to the region, including the striking red flamingos.

Where to Camp: Miami Everglades Resort in Miami, FL 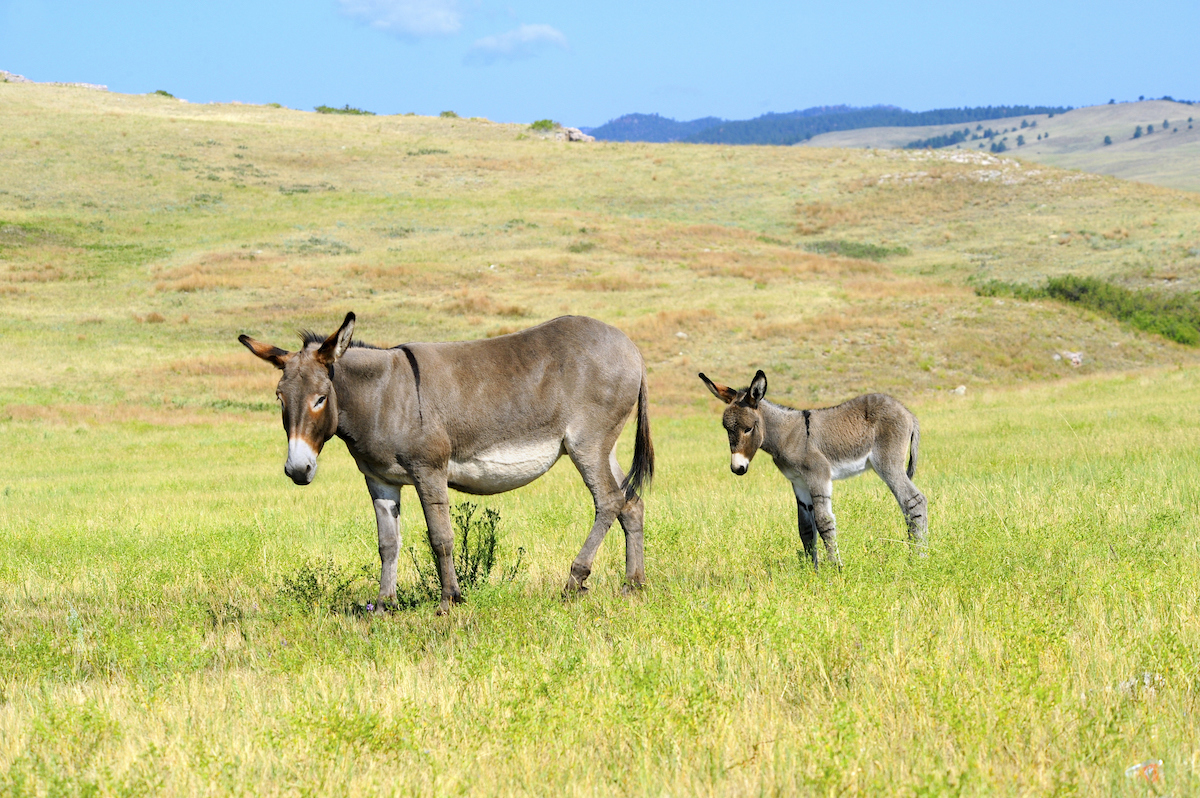 When it comes to wildlife preserves, South Dakota’s Custer State Park is on par with just about any national park in the country. It is home to a large herd of bison, which roam the sprawling landscape there just as they did hundreds of years ago.

But there are plenty of other wild creatures to see in the park as well. The animals commonly found there include elk, antelope, bighorn sheep, and prairie dogs, along with white-tailed and mule deer. You might even spot some of the park’s wild burros, which famously approach passing vehicles looking for a handout.

Where to Camp: Rushmore Shadows Resort in Rapid City, SD 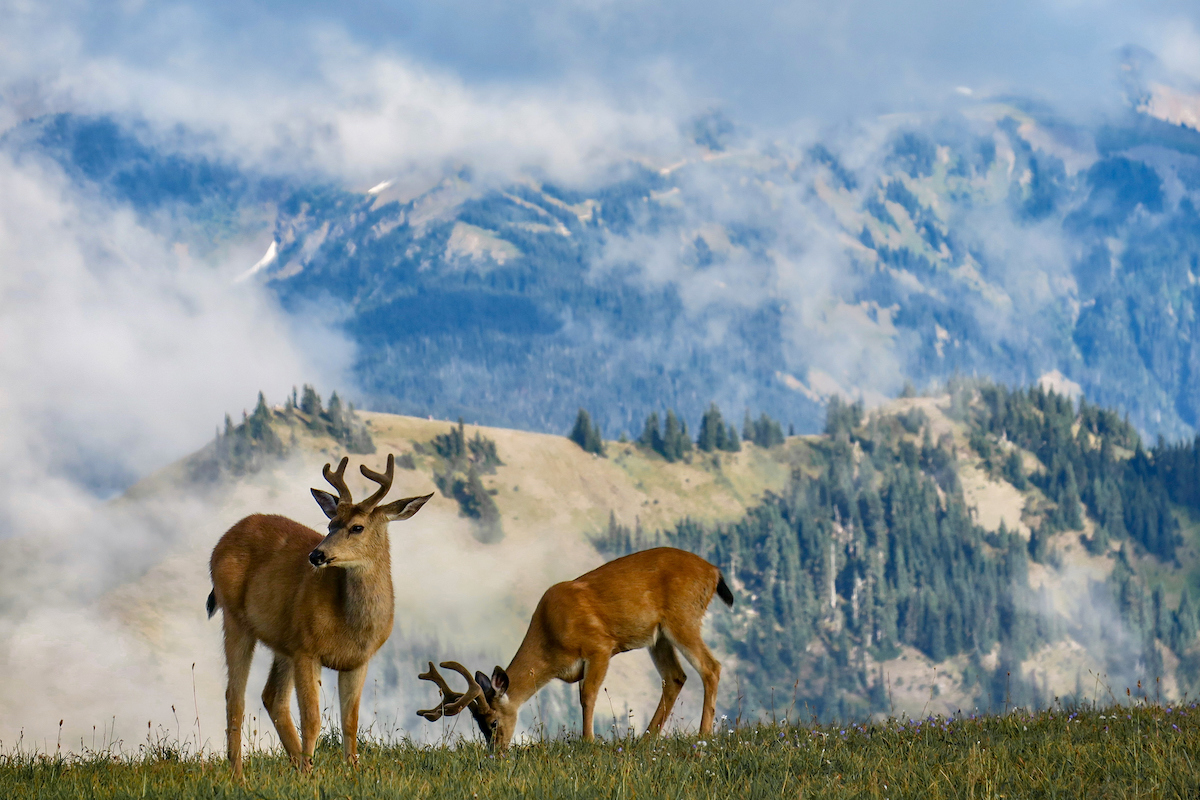 Thanks to its proximity along the Pacific Coast, Olympic National Park provides a wide variety of wildlife spotting experiences. On land, visitors encounter everything from raccoons and mink to bears and cougars. The park is home to elk, deer, marmot, and over 300 species of birds too.

The waters that fall just offshore from Olympic National Park also include a stunning array of wildlife. Visitors will likely see sea and river otters, sea lions, and harbor and fur seals. Whales are not uncommon in the area either, with humpbacks, gray, minke, and even orcas often spotted not far from shore.

Where to Camp: Majestic RV Park in Puyallup, WA 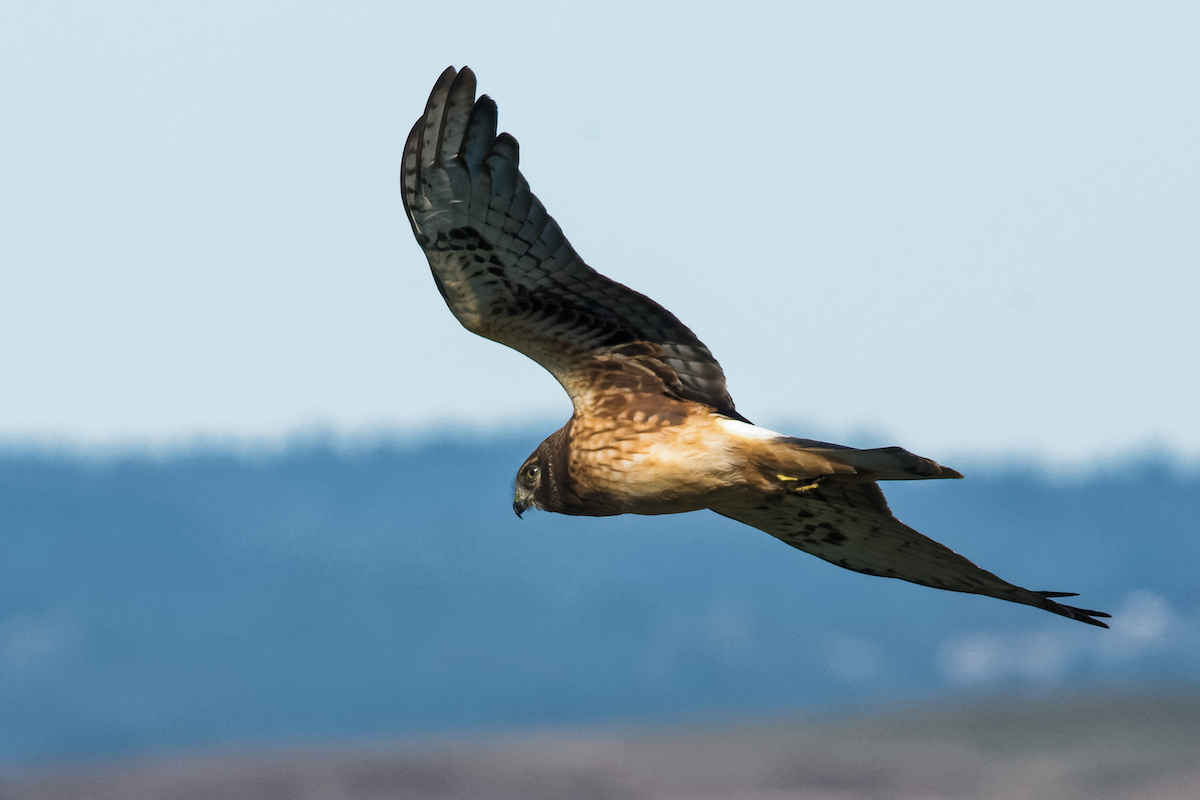 For birders, few places in the country are as outstanding as Point Reyes National Seashore in California. There, amidst the rolling hills and rugged coastline, visitors will find an astounding 490 bird species, many of which make bi-annual migrations along the stunning Pacific Flyway. Some of the birds found there include the northern spotted owl, western snowy plovers, and dozens of species of wrens, thrusts, woodpeckers, and hummingbirds.

Point Reyes isn’t just about the birds, however. The wildlife preserve also offers visitors the chance to spot elephant seals, whales, and a unique breed of elk that calls the seashore home.

Where to Camp: Olema Campground in Olema, CA 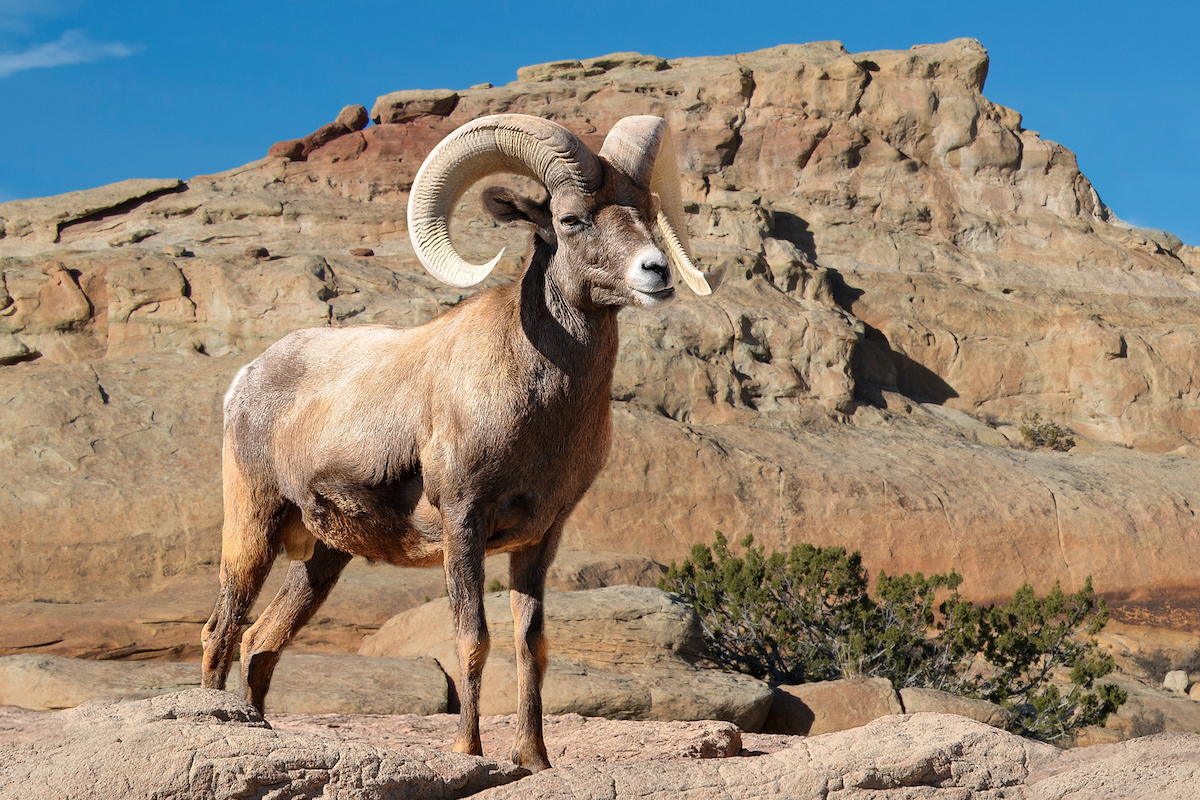 Established in 1939 as a protected area for bighorn sheep, Kofa National Wildlife Refuge now encompasses more than 665,000 acres of high desert in Arizona. Visitors to the refuge will have no problem spotting the majestic creatures, which are found in large numbers throughout the area. Visit in the late summer and early fall to watch the male bighorns butt heads in an effort to impress the ewes.

But sheep aren’t the only animals that travelers will encounter in Kofa. Other inhabitants of the refuge include badgers, foxes, and desert tortoises. Bird watchers should also have their binoculars at the ready as they’re likely to see white-winged doves, American kestrels, cactus wrens, and crowned warblers.

Where to Camp: Villa Almeda RV Resort in Yuma, AZ

Enjoy these beautiful destinations and the unique wildlife they have to offer.