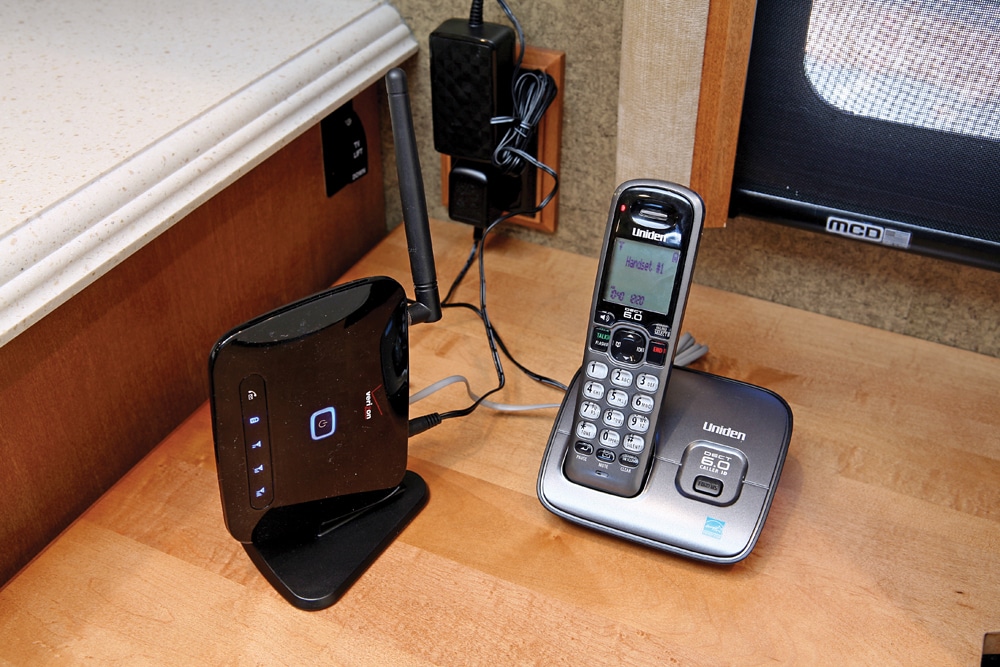 We’ve come a long way from having to run to a phone booth to make calls. Almost everyone travels with a cellphone these days, which makes staying in touch on the road simple. In a new slant on cellular technology, the Verizon Home Phone Connect allows travelers to take their home phone with them, and say “goodbye” to a landline altogether.

Verizon Home Phone Connect allows travelers to take their home phone with them, and say “goodbye” to a landline altogether.

The device is basically a cellphone that connects to a standard-type cordless handset commonly used as a landline in homes. Setup is plug-and-play using any existing or newly purchased cordless handset. Once the battery is installed, the Home Phone Connect base station is plugged in to 120-volt AC power to fully charge the battery, which could take up to 3.5 hours.

From here the antenna is connected to the device and a handset is placed nearby and plugged in to the unit using a common phone cable, and then plugged in to 120-volt AC power. Before any calls can be made, the device has to be activated by Verizon, using standard wireless protocol most of us are familiar with.

In keeping with cellphone activation tradition, the Home Phone Connect is free if a two-year contract is signed; otherwise the device sells for $129.99, which frees the user from a contract. The monthly service fee is a flat $19.95 with unlimited local and long distance calling. Voicemail, caller ID, call forwarding and three-way calling are included in the monthly fee, but the system is not compatible with a home security system or other devices typically hooked to a home phone (i.e. fax machine, DVR, medical alert services, etc.). Although it can be used to dial 911 in an emergency, the location will not be identified.

Expect about two hours talk time on a full charge and 36 hours of standby operation, when disconnected from AC power. The battery is really only for backup purposes in the event of a power loss and needs to be removed if the system will be unplugged for more than two weeks. Since the base station and cordless handset require continuous 120-volt AC power, a generator or power inverter will be needed when staying in locations without hookups.

To make the system even more convenient, we opted for an additional handset that can be placed in the bedroom. Prices for these cordless phones are pretty inexpensive and most systems allow wireless connection of additional handsets with cradles that hook to 120-volt AC.

Clarity is fairly decent depending on the cell signal. During our evaluation, lights in the base station indicated two bars out of three, which was enough to keep signals from dropping. On the other end, users were able to identify the caller by voice recognition most of the time.

Eliminating the landline and replacing it with a cellphone is becoming trendier every day; using a system that can be connected to standard cordless handsets adds a new dimension to phone service on the road.