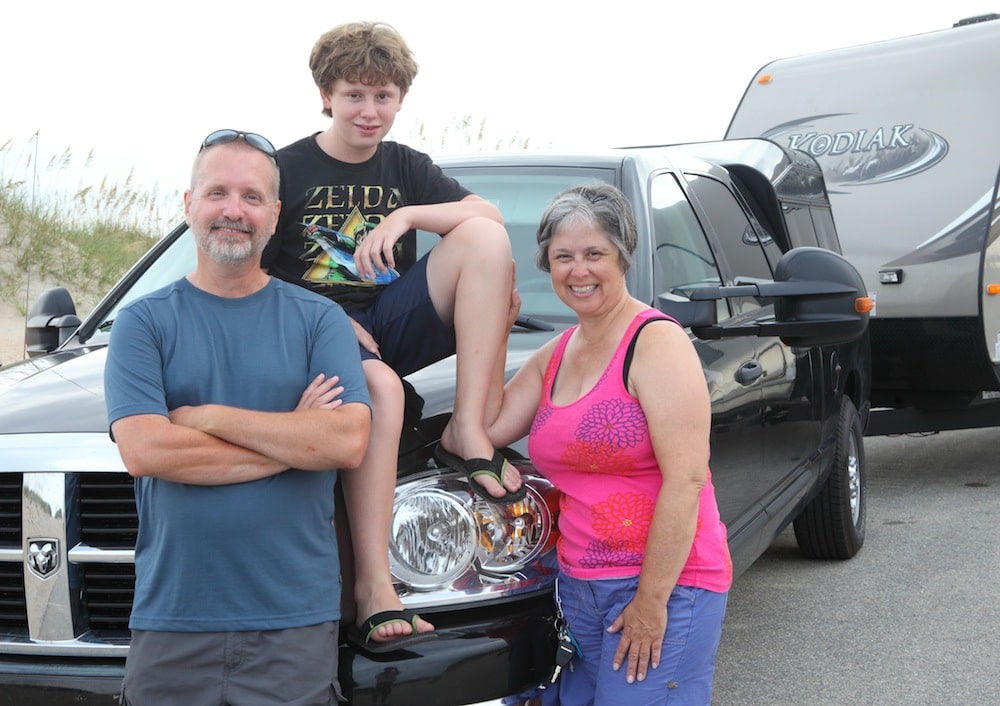 In his classic 1962 book Travels With Charley, John Steinbeck lamented that with the coming of the interstate highway system “… it will be possible to drive from New York to California without seeing a single thing.”

Fast forward to 1992 and the debut of the Federal Highway Administration’s antidote to streamlined but soulless interstate travel, better known as the National Scenic Byways program. To mark the 20th anniversary of this good idea, my family and I (that’s us on North Carolina’s drop-dead gorgeous Outer Banks Scenic Byway) have recently set off on our attempt to travel as many of these unique stretches of asphalt as possible over the course of the next year for a Trailer Life feature we’re calling The Scenic Route.

Lest you think this is some minor feat, consider the numbers. The byway program’s official website lists a total of 150 officially designated scenic byways in 46 states, a number that includes 20 multi-state byways and 31 All-American Roads that are considered the best of the best.

What makes these roads-less-traveled worthy of special recognition? To be designated a National Scenic Byway a road (or more typically, a series of roads) must stand out in terms of its historic, cultural, natural, scenic, recreational, or archaeological significance. Achieving All-American Road status requires possessing several of those qualities, including features that can’t be found anywhere else, while also being sufficiently compelling to make the route a destination unto itself.

Of course the idea of scenic byways is nothing new. Engineers and highway officials have been building special roads that were as much about the pleasure of driving as they were the cold efficiency of getting to your destination as far back as early years of the twentieth century. Examples include New York’s handsomely landscaped Bronx River Parkway and Oregon’s Pacific Coast Scenic Byway (profiled in the September issue of Trailer Life) where the state banned billboards and other eyesores that might detract from the awe-inspiring views.

Looking ahead, keep watching this space as we bring you details on some of our favorite scenic byways and other memorable experiences we have along the way. And remember, wherever your travels may take you in the months ahead—if you truly want to see what makes this country great, leave the interstate behind and take the Scenic Route!