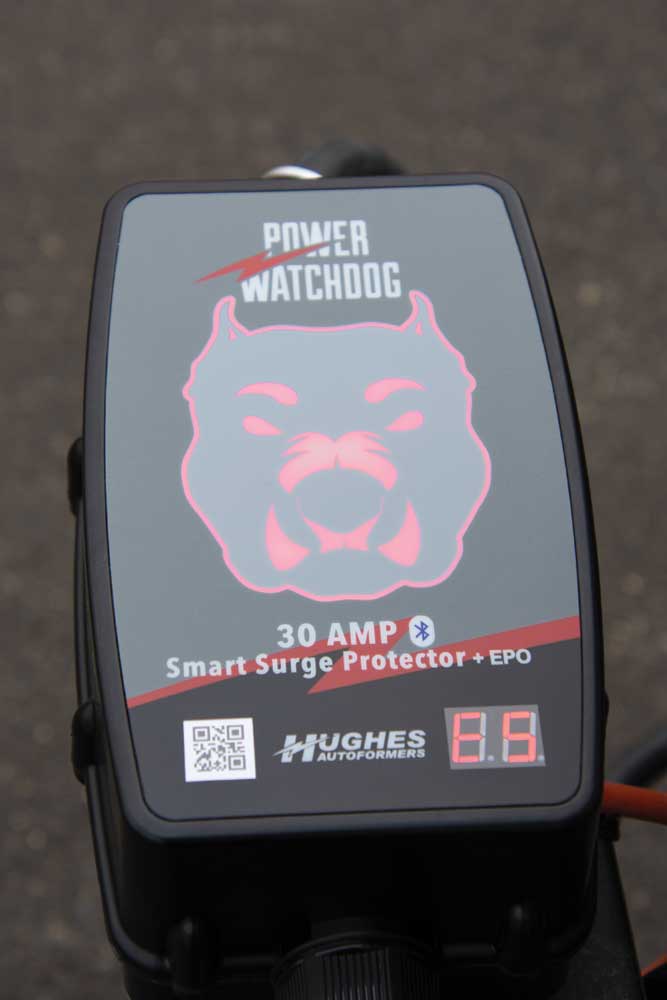 In a world where we often find ourselves traveling and camping to unplug and get away from our devices, it’s a bit ironic that more and more of our RV peripherals are adding convenience to our adventures through apps on the very phones we’re sometimes trying to escape.

We have apps for leveling, apps to control our entertainment centers, and apps to monitor and control the temperature inside our rigs. So, connected we remain, and one of the common denominators to all those gadgets is the juice that powers them.

That electricity is not to be taken for granted. There are many things that can go awry with the power supply — some of them even potentially fatal — and there are also many variants of surge protectors and power-management devices to help us stay safe.

In an industry first, keeping with the trend toward connecting our RVs to our smart devices, Hughes Autoformers has introduced its Power Watchdog smart Bluetooth surge protector with an emergency power-off (EPO) feature. The device monitors for high and low voltage (more than 132 or less than 104 volts AC) and will shut down power if it gets outside that range. Once safe levels are back for 90 seconds, it restores power to the RV. The unit not only monitors just about everything that could conceivably go wrong with the power supply (open neutral, open ground, reverse polarity), it reports detailed information to the app on a smart device when it detects a problem.

The Power Watchdog EPO certainly checks all the boxes for the basic things you want a surge protector to do. The 30-amp portable model we tested provides 2,400 joules of surge protection; a 50-amp model is also available. Should there be a spike, from lightning, for example, the Watchdog’s surge module can be replaced instead of ordering a whole new unit. The replacement is provided free for the first two years when the warranty registration is completed. 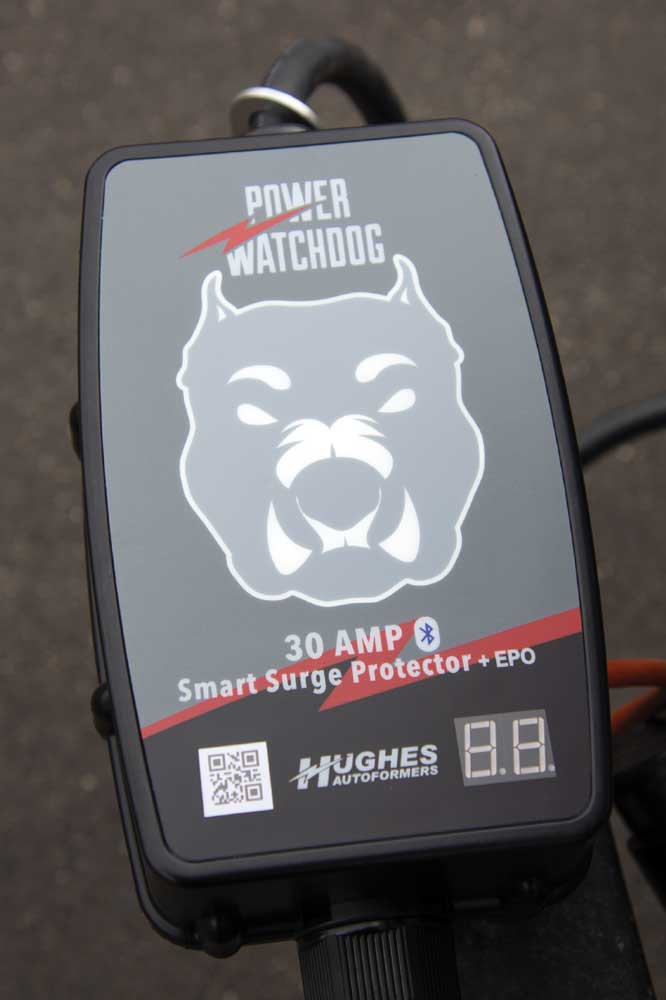 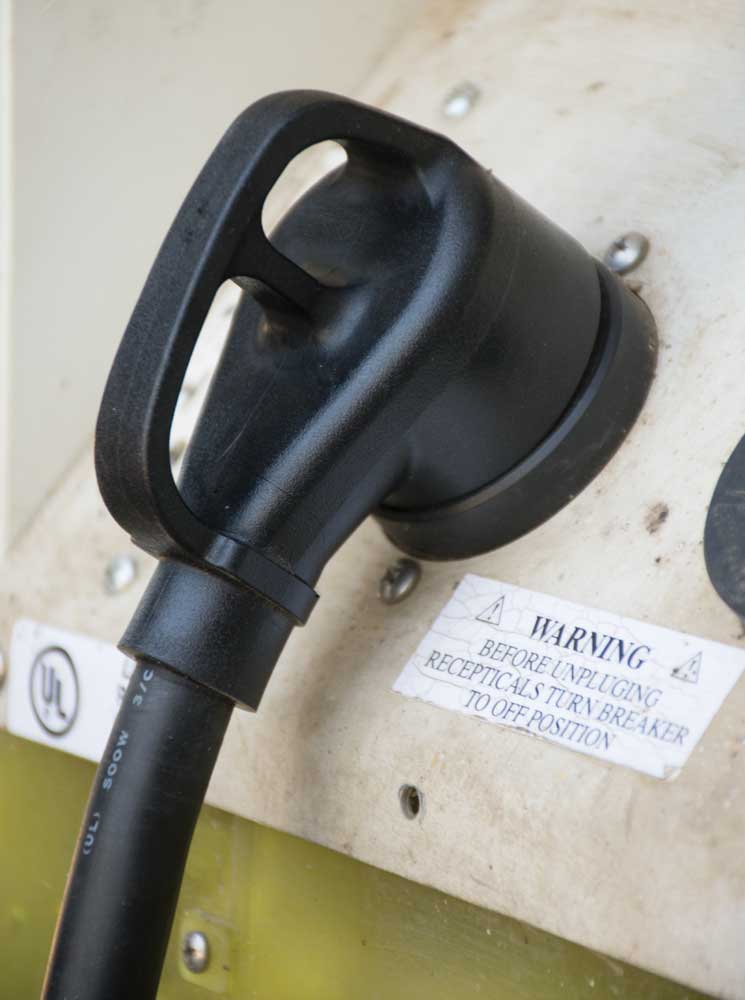 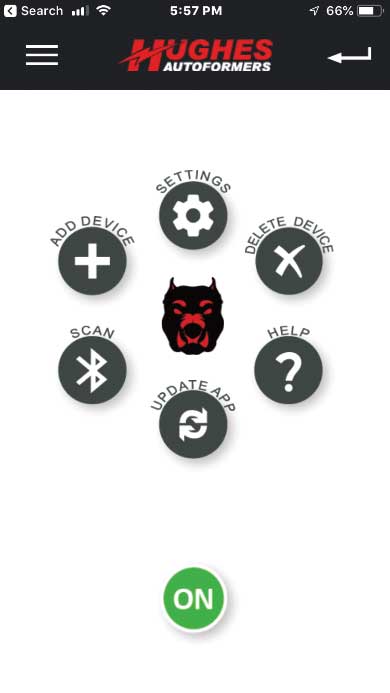 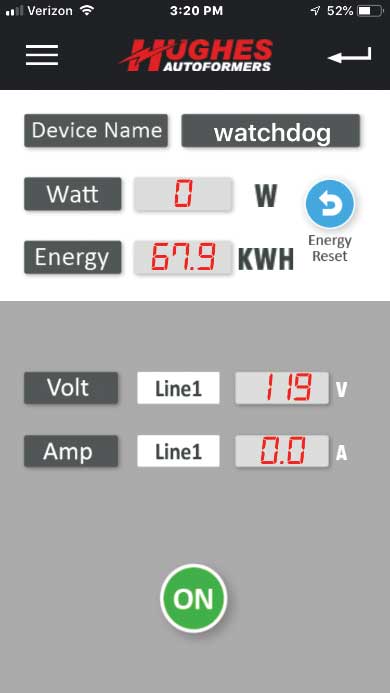 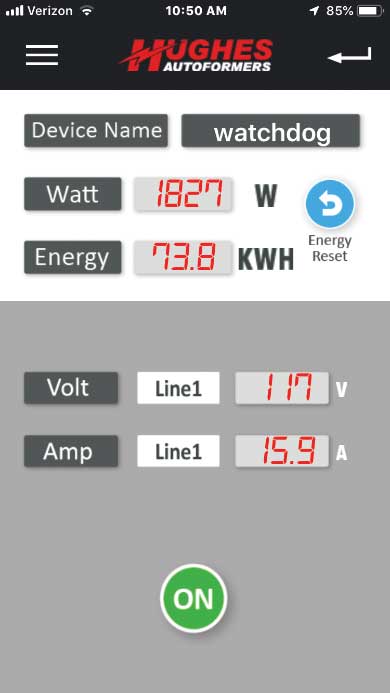 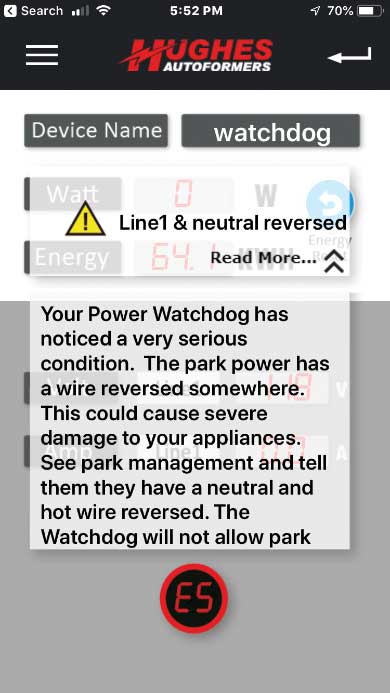 To get the benefits of the smartphone monitor, simply install the Power Watchdog EPO app on your phone or tablet. Two Power Watchdog apps are available on the Apple and Google Play stores: one for EPO units and one for non-EPO units. Once the EPO app is installed and launched, select Add Device. The app will direct you to scan the QR code on the front of the unit, which will add the serial number to the app.

When you plug in the Watchdog to a good power source, the bulldog face on the unit lights up bright white, and after a few seconds, you hear a click that indicates it is ready to plug in the RV power cable. When in Bluetooth range, the app will scan for devices and show the details of the power source. If the power source is not safe, the bulldog face lights up red, giving a code on the front of the unit, and if the app is active on a smart device, it sends a notification with details of the problem.

Although we didn’t encounter electrical problems when hooked up to RV-park pedestals, we were able to create some sketchy power scenarios in our garage that showed how the Power Watchdog’s error messages work.

One handy feature of the Power Watchdog EPO app is constant monitoring of the power the rig is drawing so you can see kilowatt-hour usage. Powering off individual appliances while monitoring the app readings lets you see how many amps specific appliances are using.

In another scenario, we had an outlet that was clearly in need of repair, and, sure enough, when we plugged into that outlet, the bulldog’s red face gave us an E7 error, which matched up to the “Missing ground” message on the side of the unit. Meanwhile, the app generated another very specific message.

One thing we noticed about the app that we thought could be improved is the message that reads “The Watchdog is disconnected” when we walked our phone out of Bluetooth range. After we walked back and checked it a couple of times, we learned to ignore it, but some sort of “Out of Bluetooth range” error would alleviate confusion.

The Power Watchdog EPO has handles with finger grips for easy disconnection from tight outlets, and an anti-theft ring for securing the unit to the power pedestal with a padlock. Hughes Autoformers surge protectors are warranted for two years.

Trailer Life Production Director Bob Dawson is a second-generation RVer as well as a fitness, photography, video, tech and outdoor enthusiast. Bob was a photojournalist in a previous life, and his photos and articles have appeared in Trailer Life publications for more than 20 years. You can see some of his video work on our TrailerLifeDIYTV YouTube Channel.