Oysters and Seafood in Eastpoint, Florida 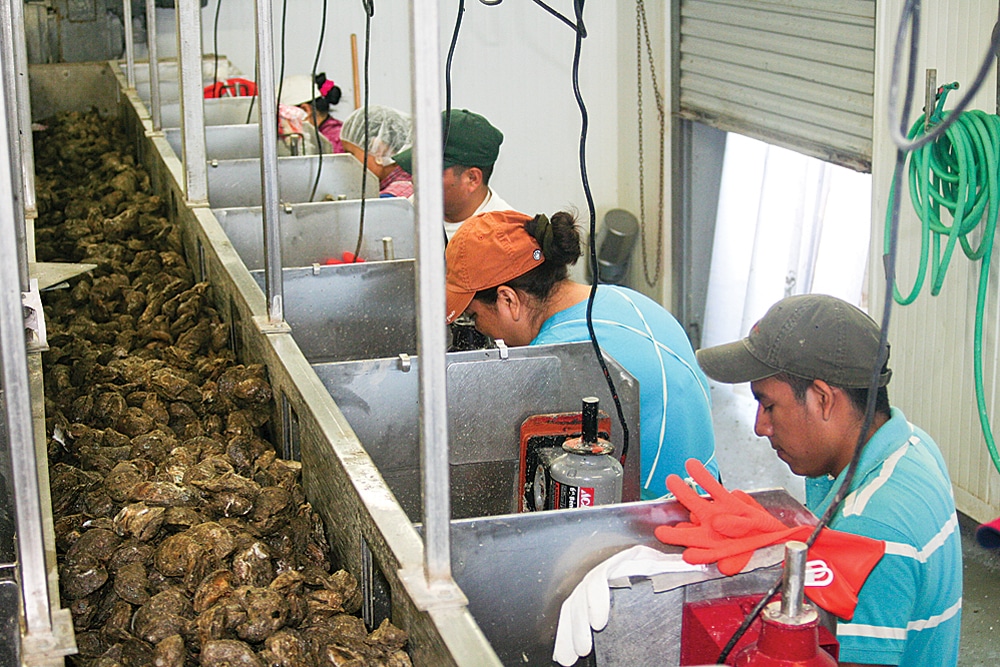 Highway 98 crosses Apalachicola Bay on a bridge that’s four miles long. The bridge is not that high — it gives enough clearance to accommodate shrimp boats — but Florida is flat, so I have a good view. To the south is a 28-mile-long barrier island called St. George. Its tallest structure is a lighthouse, a restored remnant of the mid-1800s, here on the Gulf. By law, nothing on that island will ever be built taller.

Surrounding me are the emerald-green waters of the bay, nourishing some of the richest oyster beds in the country. Ninety percent of Florida’s oysters come from here. It seems that when fresh water, flowing out of the Apalachicola River, mixes with the salt water of the Gulf, it creates a habitat where oysters flourish. So harvesting, shucking and shipping oysters is what folks do around here. Still others cook them up — or don’t cook them up — and serve them in restaurants in various concoctions, or serve them raw on half of the shell they came in.

At one end of the bridge is Apalachicola and at the other is Eastpoint where I’m headed. Eastpoint is an edge-water town, elevation seven feet, maintaining a gruff, fishing village beauty. Its waterfront is scented with the briny waft of seafood docks that are targeted by seagulls, usually haggling over something long dead.

Most of Eastpoint’s 2,400 residents are in the seafood business — oysters primarily. Lynn Martina is one of them. Her family has been in the oyster business here for 40 years. Now called Lynn’s Quality Oysters, it’s on the ocean side of Highway 98. I parked next to a truck with Lynn’s name on it. It was being loaded with fresh oysters that were just hours away from the market in Jacksonville, Fla.

Starting at the age of nine, Lynn would get off the school bus here every day and shuck oysters until it was time to go home. As she got older she would often start dinner for her brothers, her parents could not leave their oyster house until the last truck left.

Shucking involves standing at a stall for hours while a machine cuts the oysters and a flat tool slips the oysters out.

In time, she married her high school sweetheart, raised a couple of kids and is now the head of the family’s oyster house. Her employees are mostly family and friends. The day I was there her aunt was helping out, garbed in the uniform of an oyster shucker: hairnet, apron, boots and heavy-rubber gloves.

“Oyster beds are in comparatively shallow water. And there are winter beds and summer beds,” Lynn told me.

“The guys go out in small, flat-bottom boats. They use tongs, like big yard rakes with long handles hinged together like scissors. The tongs are dropped onto a bed, closed and then lifted up. It’s all done by hand. When you get a boatload of oysters, the culling starts. The ones that are legal size — they are about two or three years old — are put in burlap bags. The rest are thrown back. The limit is 20 bags a day per boat.

“A net would wipe out the bed in one swoop,” she said.

Shucking is the tough part. It requires standing at a shucking stall for hours, using a machine to cut the shell and a flat tool to slip the oyster out. They work fast — they get paid by the pound of shucked oysters — yet carefully as the oysters are delicate.

Lynn calls shucking an art, affirming that art stands defiantly in the eye of the beholder.