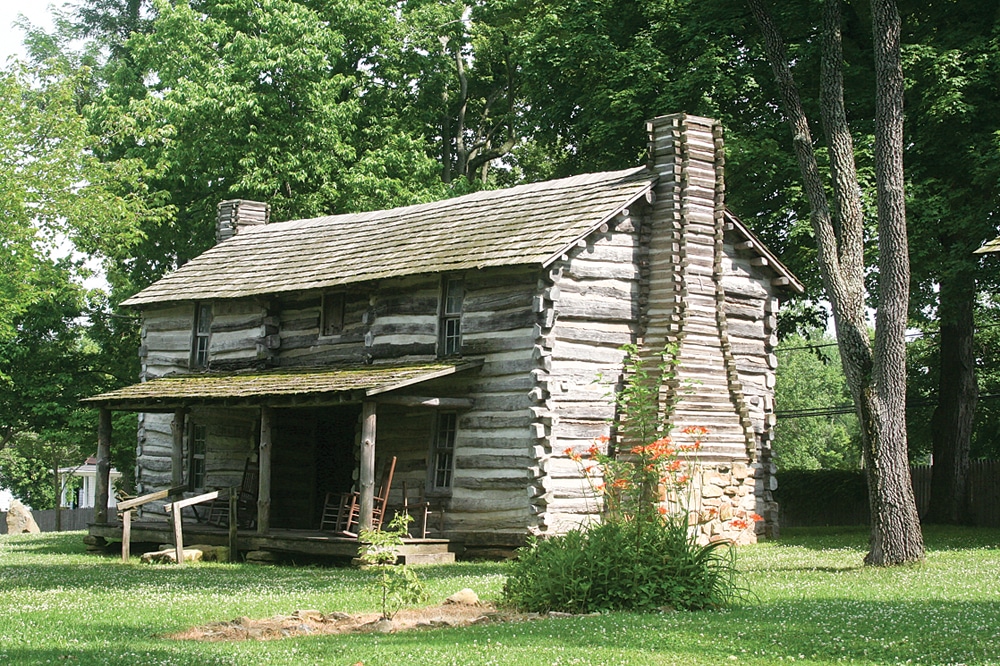 Had Abe Lincoln and Mark Twain ever gotten together, over lunch maybe, they would have had much to talk about. Both had stories to tell of their days on the Mississippi River — Lincoln poling a flatboat, Mark Twain as a pilot on riverboats — however, their experiences were separated in time by nearly 30 years.

Lincoln was 19 when he set out on the river. He and a friend, Allen Gentry, made the journey to New Orleans, La., roughly 1,276 miles, with a load of barrel pork, a product used to feed slaves, from Gentry’s father. Lincoln cut the timber and made the boat. On a spring day in 1828, Lincoln and Gentry shoved off from the Indiana side of the Ohio River near what is now Rockport, Ind. Marking that spot today is a stone marker with a bronze plaque that reads in part, “He saw slaves sold and said, ‘If I ever I get a chance to hit that thing, I’ll hit it hard’… the Emancipation Proclamation that Lincoln issued in 1863 owes its origin to this flatboat trip.”

The Lincoln Pioneer Village & Museum is home to 14 Lincoln-era cabins, depicting life in the 1800s.

Having delivered their cargo in New Orleans, they sold their boat and made their way back to Indiana. In three months, they had crossed a big piece of the country and navigated two rivers. They saw the South and the multi-ethnic seaport of New Orleans — their first experiences away from home were certainly eye-openers for a couple of farm boys.

Lincoln returned with pay in his pocket and a permanent scar over his right eye, the result of a skirmish with eight men who tried to rob them when their boat was tied to shore one night near Baton Rouge, La.

On the other side of Rockport is the Lincoln Pioneer Village & Museum, built in 1935. It was an economic stimulus package of the Great Depression by the Works Projects Administration. The 14 Lincoln-era cabins located here would probably be impossible to recreate today. On display in the museum is a hutch made by Thomas Lincoln, Abe’s father.

Fifteen miles north of here is the Lincoln Boyhood National Memorial and the Lincoln State Park. They share land that was once the farm of Thomas Lincoln. This is where Abe grew up — where he spent those important, formative years — ages seven to 21.

Proper and fitting recognition is given here in southern Indiana to our 16th president. A visit here is about learning and discovery, but there is more. A few miles to the east is another iconic personality that goes back long before Lincoln. A visit to this place is all about fun. The persona is Santa Claus, and all the wondrous, festive things that go with that name.

When Jolly Saint Nick isn’t at the North Pole, he spends his time at Holiday World & Splashin’ Safari

Here Christmas music plays all year, and Christmas decorations are never taken down, where streets and lakes are named after holiday festivities, and where every day Santa himself is out and about greeting kids. The town is Santa Claus, ZIP code 47579, where “Every day is Christmas morning.”

I spent some time with Santa. He hangs out at the Holiday World & Splashin’ Safari. Opened in 1946, this roughly 120-acre theme park was built by the Koch family, which still runs it. After half a century, they know what we want: four roller coasters, free parking, free sunscreen and complimentary, help-yourself soft drinks. At the water park, everything you need is free — tubes, life preservers, lockers … you name it.

With summer temperatures usually in the 90s, I asked Santa how he keeps cool in his long-sleeved shirt. “Ice packs,” he said, “One in front and one on my back. The folks at the North Pole think I’m nuts.”

Next month: Bill will be in Lake buchanan, texas. To connect with Bill, email him at [email protected]