Get the Sheen Back 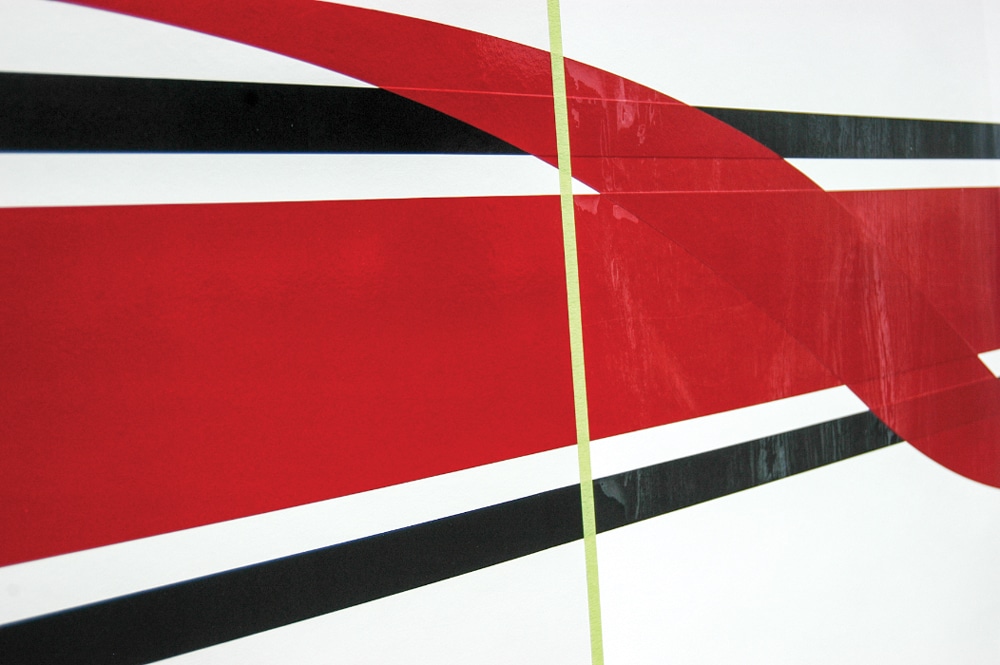 Fiberglass exteriors on motorhomes have a number of advantages that go beyond the shiny look that is visually appealing and exudes pride of ownership. Fiberglass exteriors are also durable and somewhat resilient to the elements. There’s little doubt that structurally, fiberglass will last a long time, but how nice it looks over time is dependent on preventive maintenance.

Fading due to constant exposure to the sun is common, and after a while the surface takes on a chalky appearance that can make any motorhome look older than its actual years. Once the surface is badly oxidized, bringing back the shine to the gelcoat can take several hours of labor-intensive buffing by someone who knows how to work with fiberglass, if it’s not already too late. Poli Glow Products offers a cheaper and easier solution that can easily be done at home or at an RV park, even on a sunny day.

Scrubbing the exterior fiberglass and striping with Poli Prep and applying five coats of Poli Glow sealer removed the stains (right of green tape) and brought back the shine (left of green tape). The Poli Glow process is safe for decals and graphic elements.

Poli Glow is a two- or three-step (depending on the surface condition) liquid-chemical process that revives the gelcoat. Included in the Poli Glow Kit is a bottle of Poli Prep concentrated cleaner that mixes with water; a scrub pad to remove old wax and light stains after the surface is cleaned; an applicator mitt; and a bottle of Poli Glow liquid for the final sealing, which leaves a shiny surface. For tougher conditions, Poli Ox powdered cleanser (not included in the kit) removes heavier oxidation and stains.

There’s not a lot of information that comes with the kit, but after using it, we realized that the process was very straightforward. After making up the three-to-one mixture of Poli Prep and water in a bucket or spray bottle, the prepping solution is applied to the surface. We preferred to use the spray bottle, since it was easier, and any leftover solution can be stored as a premixed cleaner for the next treatment.

For our test we found Poli Prep to work effectively on most of the motorhome. For the few areas where the stains could not be removed with Poli Prep, an application of Poli Ox did the trick. It’s important to ensure that the surface maintains color uniformity while scrubbing away any oxidation or staining.

After the prescribed one-hour dry time passed, we treated the surface with Poli Glow by spreading the liquid with the water-dampened mitt. Choosing either a vertical or a horizontal pattern, the Poli Glow is spread evenly and allowed to dry for two minutes before applying subsequent coats. The company recommends applying four to six coats to get to the desired look. We found that it took five coats to reach a point where the surface was restored to our satisfaction.

The Poli Glow treatment is designed to last up to a year before reapplying, but that, of course, depends on conditions. There is enough in the $69.95 kit to treat an RV up to 32 feet, and the sealer will not come off during normal washing. Poli Ox powder cleanser sells separately for $12.95.

After completing the Poli Glow treatment, the transformation is amazing, and the process was easier than expected, which should encourage owners to take care of their rigs and protect their investment. While the kit may not be inexpensive, it does circumvent professional waxing, which can be much more costly.