Branson, Missouri: Not the Las Vegas of the East 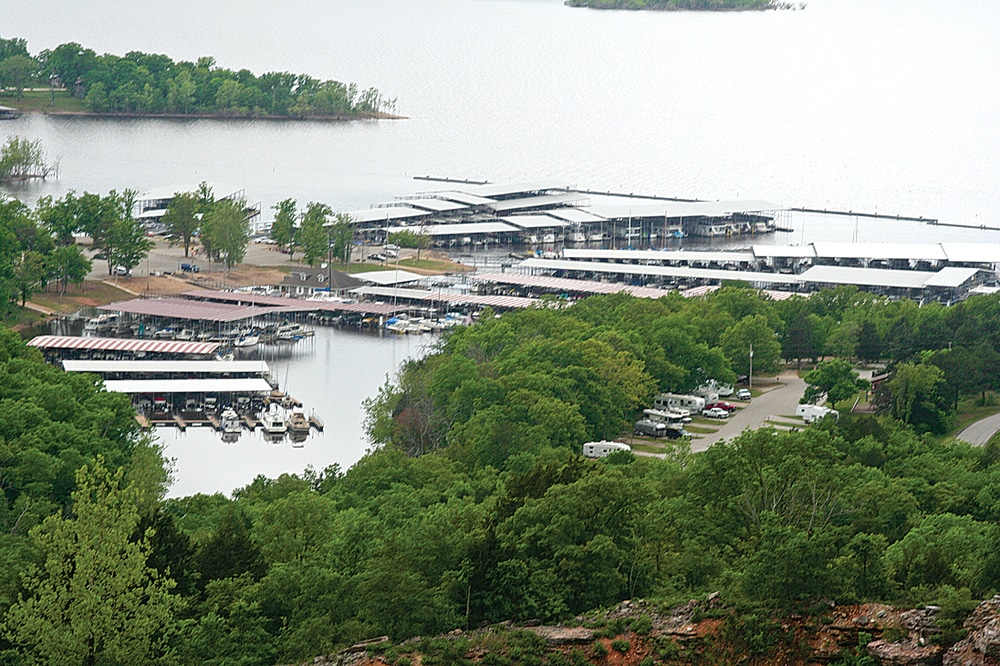 People compare Branson, Mo., to Las Vegas or Las Vegas to Branson, depending on where they were last. I am not going to do that, although it’s tempting — the contrast is dramatic and very real. I’ll let you do it.

I am in Branson, I mean heavily into Branson because it’s hard not to be. Here you can sit by Table Rock Lake and not see another person until you want to. Or you can go into town, be surrounded by people, and sit in a few of more than 60,000 theater seats here and see three shows a day, each unique, probably for as many days as you have to spend here. And when you thought that you have seen them all, new shows will be opening.

The shows are heavy in music, mostly country, but gospel is often in the mix. The most popular show tune is “God Bless America.”

Branson is in southwestern Missouri, 15 miles from Arkansas, deep in the hills and hollows of the Ozarks. Its beginnings, as well as its popularity, are inextricably tied to its location.

The Ozarks were settled mostly by farming folk, descendants of farmers from England, Scotland and Ireland. Staunch individualists, they were used to eking out a living from small farms. Their legacy here is a strong work ethic, devotion to family and pride in self-sufficiency.

Branson is relatively isolated from major cities and interstates. The fact that 80 million people visit here every year seems odd, especially considering that it has no municipal airport. It does have a private airport that is now expanding its commercial service.

About 10,000 people live in Branson, but the city has the infrastructure of a city six to eight times its size. In the summer, Branson expands to that many when the tourist season peaks. It fills up again in December when the city dresses up for Christmas.

I knew before I came that this was the Bible Belt, but I didn’t know that this was the buckle — and a silver one that is constantly polished. Branson’s publicity machine puts it less metaphorically, using words like “family oriented” and “wholesome entertainment” — it’s all the same.

I would call it a place where Christian values and the best in American patriotism are proudly on display, with no apologies offered or even considered. And it obviously plays well: 20 percent of the hotel rooms in all of Missouri are in Branson. The same can be said for RV facilities: 35 campgrounds with 2,870 sites.

Casinos have tried to move in, but the people here don’t want them. Theaters sell popcorn, candy and drinks in the lobbies, but nothing stronger than Dr. Pepper. Branson has its share of pubs and bars, but to work there a person has to take a liquor training course conducted by the city. The intent is to have “responsible sellers of alcohol.”

Branson’s 174-page vacation guide says on its cover that the city “shines the spotlight on you.” And they mean just that. If a magician needs a person to suspend in midair, he always finds someone in the audience eager to go on stage and be suspended. When “Elvis” needs a girl to sing to — well, they line up for that. It’s all in good fun.

Our military veterans are recognized and saluted at every show. I am amazed at how many veterans there are in an audience when we are asked to stand.

I always leave Branson feeling good about this country.