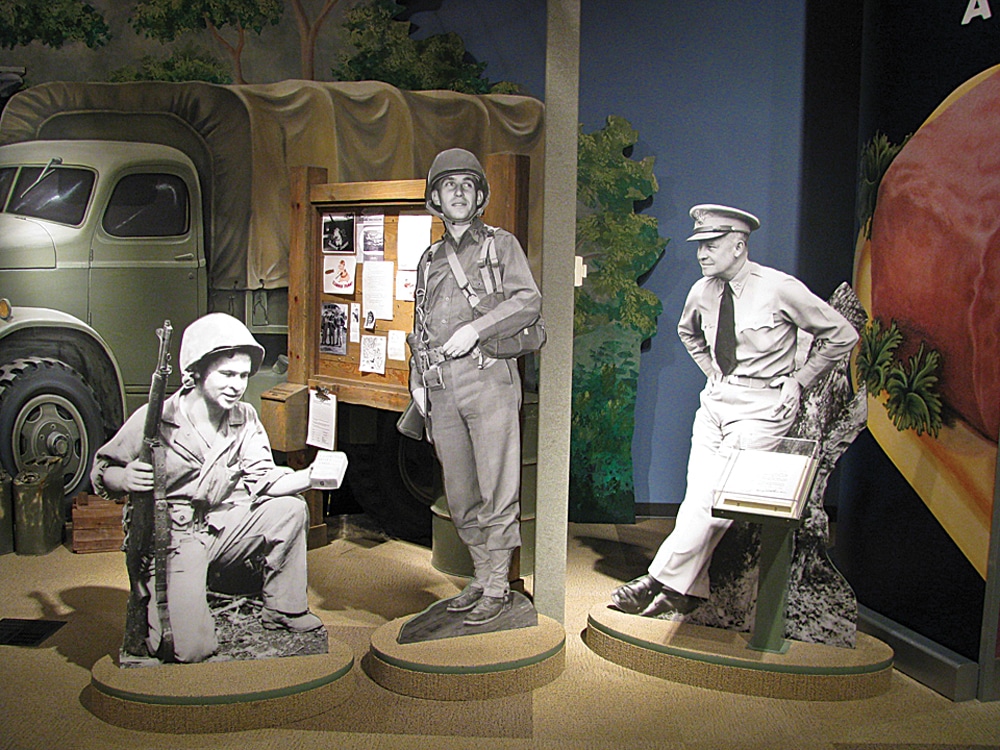 This is Minnesota and the town is Austin. But the name painted across the front of the Convention & Visitors Bureau is “SPAM Town USA,” as well it should be. This is where in 1937 it all began for SPAM – SPAM, as in SPiced-hAM, fully cooked, ready-to-eat, in a can with a flat front, now with a pull-tab top.

It’s sold on every continent in the world – no market in Antarctica – but is still as totally American as baseball and a Big Mac. Although Hormel Foods makes it in several places, including Denmark and Australia, SPAM’s hometown is Austin, Minnesota.

It took on iconic status during World War II, like Lucky Strike cigarettes, Zippo lighters and Betty Grable. During the war, more than a million pounds of SPAM were shipped abroad to feed allied troops. Our guys often ate it for breakfast, lunch and dinner. They called it “ham that didn’t pass its physical,” and “meatloaf without basic training.”

CBS newscaster Edward R. Murrow reported from London in 1942 that Christmas dinners were not lavish, but there was enough SPAM for everybody. Today, the United Kingdom is second only to the United States in countries with the number of “SPAM fans.” South Korea is third.

On the islands of the South Pacific during the war, Marines shared it with the natives. It caught on. More SPAM is consumed per capita on the Mariana Islands today than anywhere. On Guam, the average person consumes an average of 16 cans of SPAM per year. McDonald’s on Guam and Saipan even have it on their menus.

How many of those little, four-sided cans have they sold since 1937? A company spokesperson told me that they are pushing the 8-billion mark. In the United States alone, they sell 100 million cans a year. Per capita, more SPAM is sold in Hawaii than any other state. Next in line is Alaska, Arkansas, Texas and Alabama. Your guess as to why is as good as anybody’s! Answers here range from cultural tastes to economics.

“I was on a bus tour on Maui one time. The guide was telling us about the many ways Hawaiians use SPAM. He called it ‘Hawaiian Steak.’” Cheryl Corey, a lifelong Austin resident, laughed as she told the story. “I had forgotten that I was wearing a SPAM T-shirt. I’ll tell ya, when we all got off the bus, I was an instant celebrity.”

A dozen restaurants in Austin have it on their menus. “Creatively” is the only limit as to how it is served.

Across from the Visitors Bureau is the SPAM Museum. It’s one of the few museums in the country — not run by the federal government — that’s free. In the lobby is a wall of SPAM — 3,500 cans. At a rate of a can a day, that wall would feed any one of us for almost 10 years. Faced with that long-term prospect — with all due respect to the SPAM people — I suspect we would be willing, even desperate, to share rather quickly.

This museum is 16,500 square feet of pure fun. It’s like walking through a cartoon. It has buttons to push, games to play and screens to watch. Kids love it! But it’s also full of memory prods that take us back to when life was simpler, slower and more orderly. And who had freezers back then?

SPAM has been part of American life for three-quarters of a century. It ranks up there on the nostalgia ladder with eating ice cream with a wooden spoon and drinking Coke from a bottle. This is a meaty-filled museum that you leave feeling good, and maybe hungry. And admission is free.