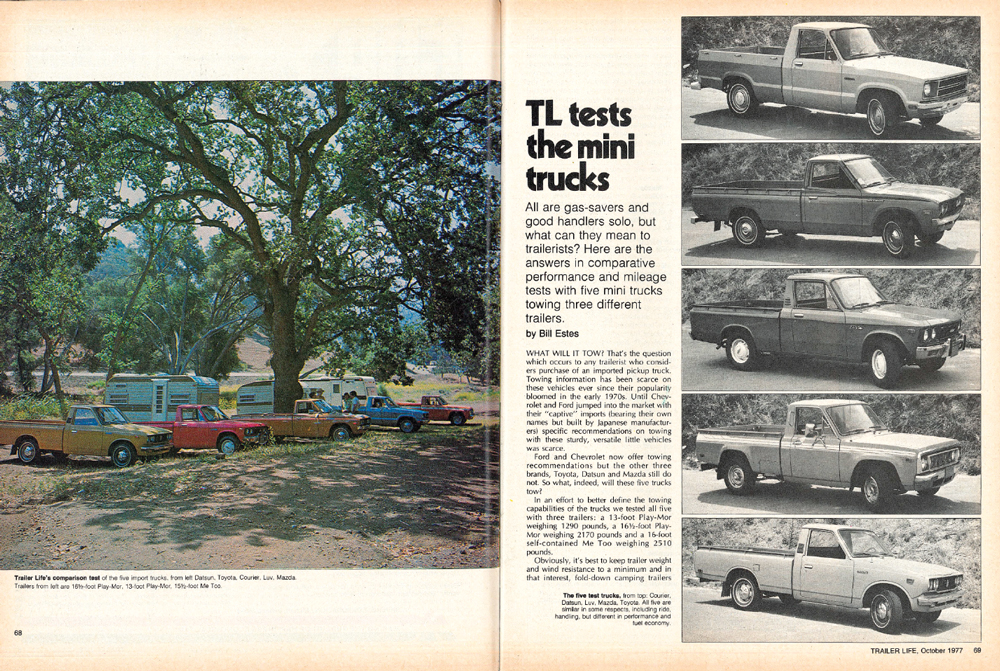 Despite fuel shortages, Trailer Life kept on truckin’ in the 1970s

Interest in RVs soared in the early 1970s, with plentiful gasoline at every service station and a powerful engine in every sedan and station wagon. With fifth-wheels rolling off the production line for the first time, and travel trailers, truck campers and motorhomes adding innovative features, the industry had its best year in 1972, shipping 582,900 RVs. Keeping pace, Trailer Life published its beefiest issue ever, the 348-page May 1973 edition. Just five months later, the boom turned to bust as the first of the decade’s two energy crises resulted in upwardly spiraling fuel prices and “Sold Out” signs at the pumps. The following year RV shipments dwindled to 295,800.

The ensuing gas shortages and government mandates forced automakers to design more fuel-efficient vehicles and inspired RV manufacturers to do the same. “Mini” became the buzzword in Trailer Life, whether in a 1977 test of five imported mini pickups, the 1979 Micro-Mini Buyer’s Guide, or advertisements for the Jayco JayMini, the Argosy Minuet (“So light you can tow it with the new small cars!”) and the new fleet of mini-motorhomes built on Toyota’s four-cylinder compact-truck chassis.

Beyond asking readers to ease off the gas pedal and choose destinations closer to home, the magazine published timely features ranging from “Miniaturize Without Misery!” to “Alcohol Fuel: The Great Clear Hope.” The Trailer Life of the late-1970s clearly struck a chord with the Western Publications Association, which in 1977 named the then-36-year-old monthly its Consumer Magazine of the Year.