Tesla Goes Camping with the Cyberlandr

The futuristic bed camper transforms the Cybertruck into an RV

When the Tesla Cybertruck made its debut in November of 2019, it quickly became a polarizing vehicle. Some laud its retro-futuristic design, while others find its dramatically-angular body difficult to appreciate. The truck’s promised zero-to-60 time of 2.9 seconds and 500-mile range is widely appealing, though, as is its $39,900 starting price.

Potential buyers quickly began speculating on the truck’s off-road capabilities and whether it would make a good camping vehicle. The Cybertruck’s 14,000-pound towing capacity is promising, but its unique frame and small box make it unusable for standard truck bed campers or rooftop tents. But a Las Vegas-based company, Stream It, Inc., has designed a unique alternative called the Cyberlandr that is specific to the Tesla truck. 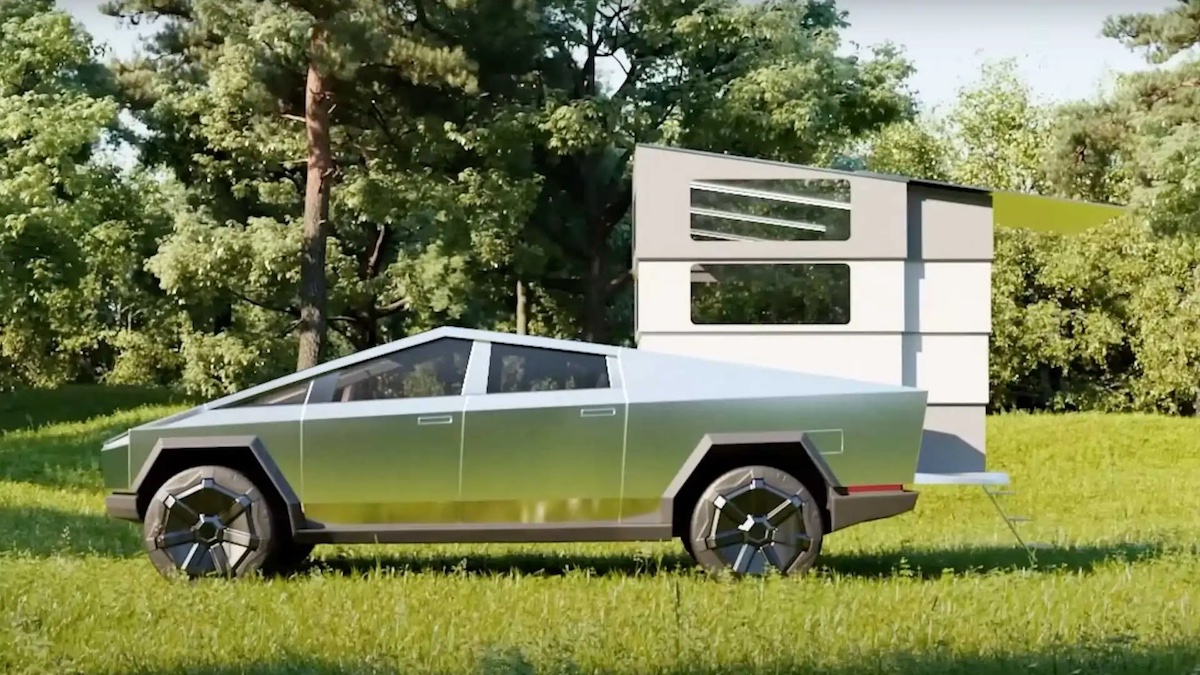 When collapsed, the Cyberlandr fits into the Cybertruck’s 6.5-foot bed, with room to spare. The bed camper rests neatly under the truck’s powered tonneau cover and inside the closed tailgate when not in use. And since it has a dry weight of just 1200 pounds, the camper should have a minimal impact on the vehicle’s range or performance.

Retract the bed cover to reveal the Cyberlandr’s full capabilities. The camper expands vertically to create a small—but surprisingly full-featured—living space. The cabin features a modular design that transforms from a bedroom to a kitchenette to a mobile office. It even comes with an onboard bathroom with a dry-flush toilet, a recirculating shower, and a porcelain tile floor with radiant heating.

Other noted features include a 32-inch 4k TV, a surround-sound Bluetooth audio system, and a queen-size bed. The high-tech camper has voice-activated lights, electrochromic-dimming windows, and an alarm system that includes 360ª motion-sensing lights. Plus, Starlink equips the Cyberlandr with Wi-Fi and satellite internet.

For power, the Cyberlandr can connect to the Cybertruck’s built-in batteries but is designed to be as self-contained as possible. A 500-watt solar panel system installed on the camper’s roof can feed energy into the 20-kWh battery system. The unit also comes with a 40-gallon fresh water and a 20-gallon gray-water tank, along with a four-stage water filtration system.

Stream It, Inc. has touted the Cyberlandr as an excellent solution not just for camping but for mobile workers, tailgating, outings to the beach, or just long days at Little League tournaments. The company says the camper will ship alongside the Cybertruck, which Tesla has delayed into late 2022 at the earliest. The Cyberlandr comes with a $49,995 price tag. (Truck sold separately, of course.)