Enjoy the Views From this Camper Van’s Massive Rear Window

The Class C Texino Atrium is Made for Boondocking Adventures

A Los Angeles-based camper van conversion and rental company called Texino has revealed a unique new take on the Class C RV. Dubbed the Atrium, the vehicle is in its pre-production stages but looks to bring some revolutionary ideas to the market, including a massive rear window that gives campers a stunning view of their surroundings. 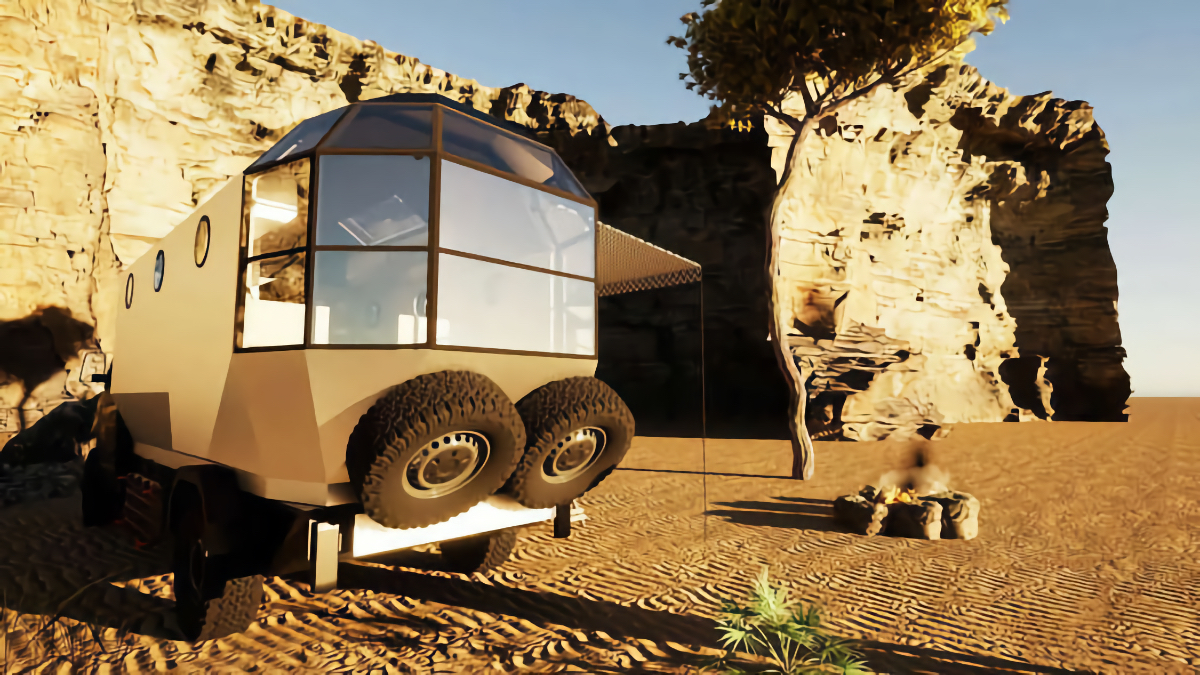 Built on a Mercedes-Benz Sprinter chassis, the Atrium features an angular look unlike anything else on the road. But it is the massive geometric bay window that sits at the back of the vehicle that helps it to stand out from the crowd. Spanning the entire width of the RV, the window provides an expansive view of the world outside. It also allows plenty of natural light into the interior, as do the three portholes on either side of the van and the two overhead skylights. Each of the windows is made from smartglass that can become transparent or opaque at the touch of a button.

The Atrium’s interior includes a large kitchen with ample space for preparing meals. It comes with a sink, stove, small refrigerator, and a large dining table that converts into a king-size bed. An onboard toilet is sectioned off into its own space for privacy, while an electric HVAC system keeps campers comfortable no matter the outdoor conditions. 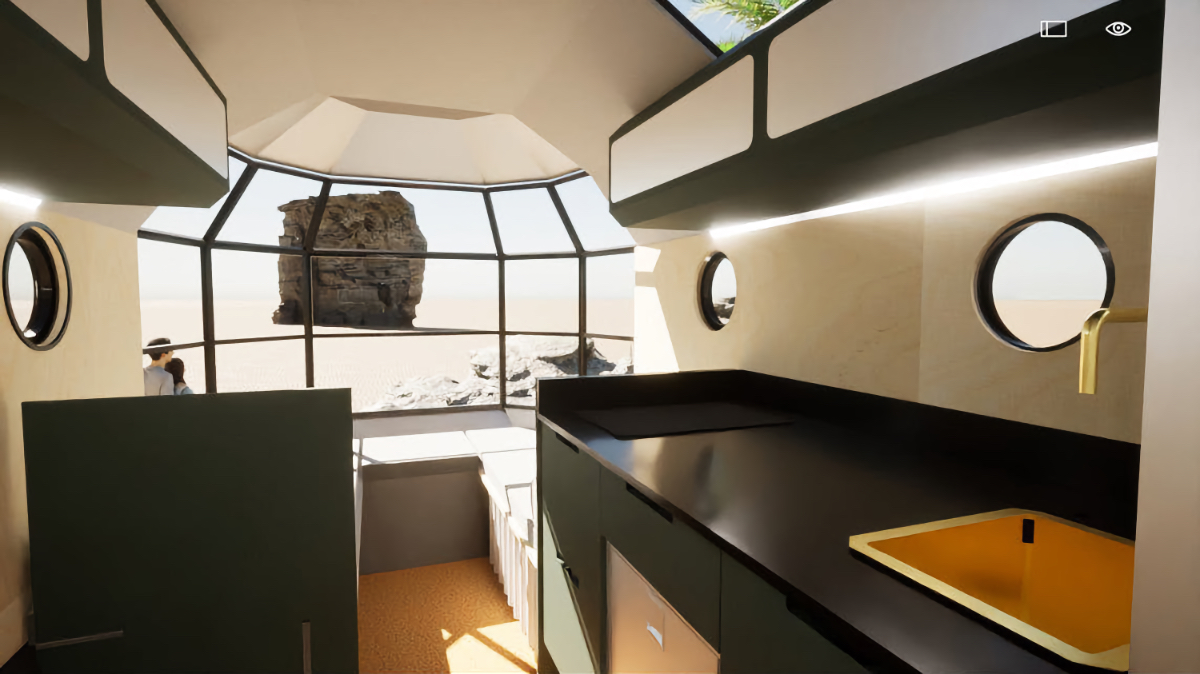 Texino says that a future update to the Atrium will add a second bed, allowing four people to sleep comfortably. The production model will also come with a 200-gallon fresh water tank and 50- and 25-gallon gray and black water tanks. The final version will also sport a 600-watt solar panel and 600 amps of power storage using lithium-ion batteries. Storage space for stashing dirty outdoor gear will also come standard, as will two spare tires and a built-in air compressor. Four-wheel drive will be optional.

For now, pricing and availability for the Atrium remain unknown while Texino completes a prototype model. The company promises to share updates on the camper van as it gets closer to production. Watch the Texino website for future updates.