Back in 2017, Volkswagen revealed a concept vehicle called the ID. Buzz that generated—well—a lot of buzz with consumers. Based on the incredibly popular VW Microbus from the 1960s and 70s, the new vehicle delivered a powerful blend of nostalgia and modern technology. At the time, the company wouldn’t commit to bringing the all-electric van to market, although it promised to explore the possibilities.

Fast forward to today, and Volkswagen has finally announced plans to put the concept vehicle into production. The ID. Buzz will come in both consumer and commercial versions and should arrive in North American showrooms sometime in early 2024. The automaker says it is also planning to make an updated version of the beloved Microbus California camper van, but fans of that vehicle will have to wait a little longer to get their hands on that version. 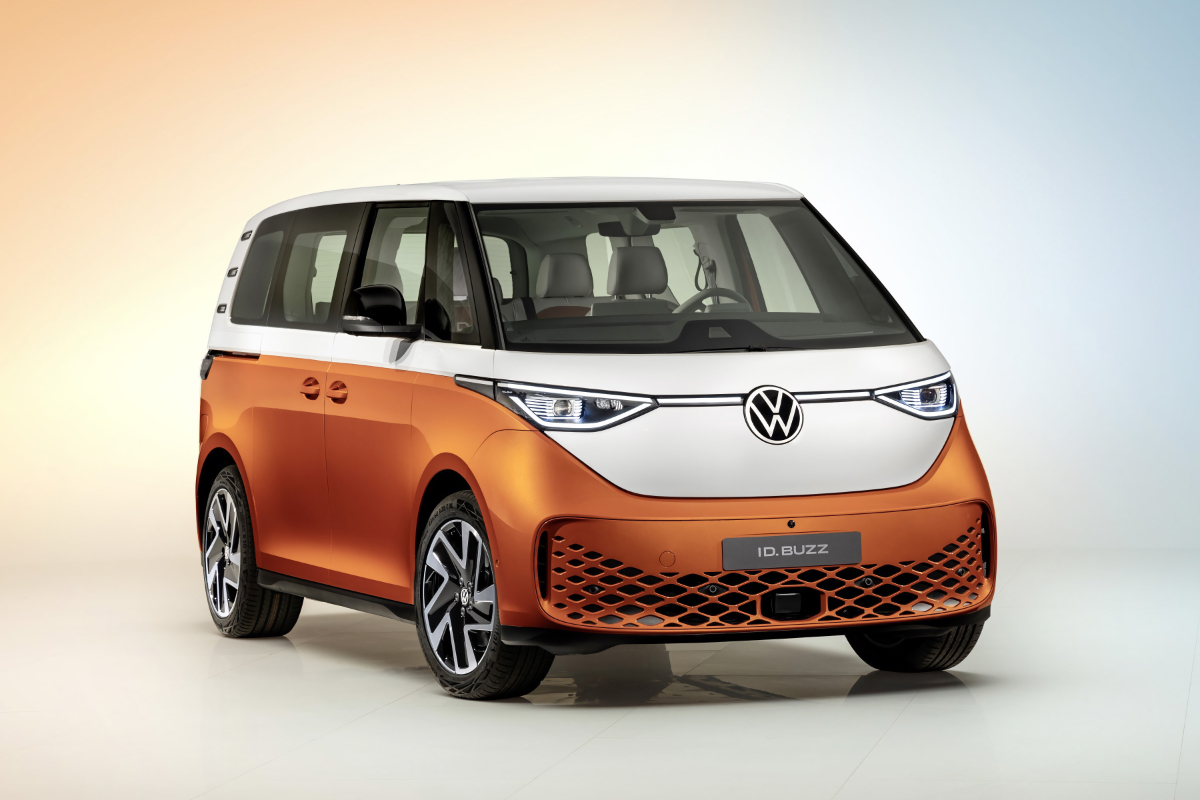 Like the ID. 4—Volkswagen’s electric crossover vehicle—the ID. Buzz is built on the company’s MEB (Modular Electric Drive Matrix in German) platform. That system was developed to be the underpinnings for current and future EVs across all Volkswagen-owned brands, including Audi, Skoda, and VW itself. MEB provides the chassis, electric motors, and battery packs and can be tuned to offer vehicle-specific performance.

The first ID. Buzz models will have electric motors mounted in the rear and a battery pack that produces 81 kilowatt-hours of power. The EV’s drive system can produce up to 201 horsepower and provide 229 pound-feet of torque. Speeds will be limited to 90 mph, although that is a significant step up from the original Microbus, which topped out at 60 mph with a good tailwind.

Volkswagen hasn’t provided an estimated range for the ID. Buzz just yet, but based on its specs, the EV should be able to travel 275-300 miles on a single charge. The van comes with a fast-charging system that supports up to 170 kilowatts. That’s enough to replenish the battery from 5% to 80% in about 30 minutes. The European version of the modern Microbus will offer bidirectional charging, allowing the vehicle to provide power from its battery packs when necessary. This feature has not been confirmed for the US market yet.

Inside, the Buzz will offer fabric and faux-leather seats. It will have a suite of safety features, such as lane-keep and parking assist, as well as intelligent cruise control. A 10-inch touch screen provides navigation and entertainment functionality, while the driver also gets a digital gauge cluster. As with the ID. 4, the Buzz can receive over-the-air updates to its software, ensuring that it receives a steady stream of updates and improvements over time. 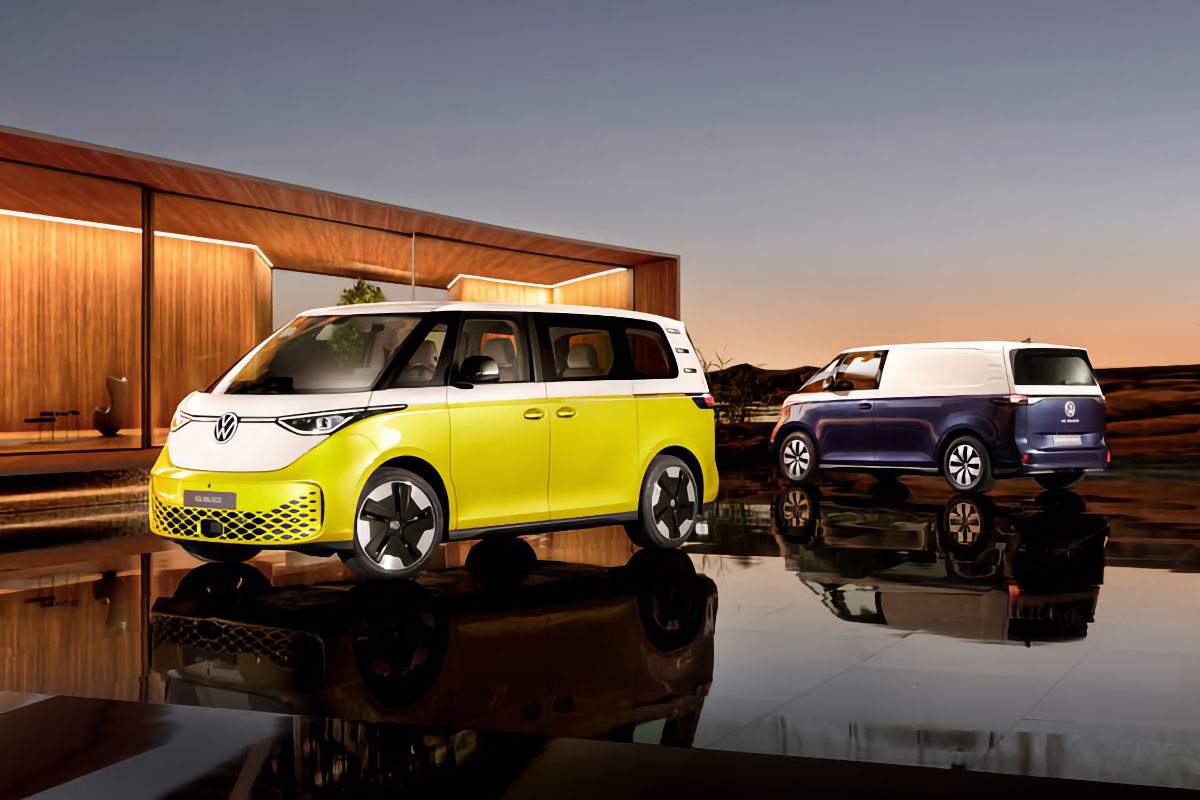 When Volkswagen officially announced the ID. Buzz it also confirmed that there would be at least three variations of the EV. The standard model is aimed at consumers and will come with three-row seating in North America. Meanwhile, the ID. Buzz Cargo is aimed at the commercial space and offers a 138 cubic-foot cargo area. That model has a single-seat option and can be equipped with a partition to separate the cabin from the rear.

The German car manufacturer also indicated that other models based on the ID. Buzz would follow, including a modern version of the classic Microbus camper van. That vehicle will be called the ID. California and will join VW’s existing line of small RVs, which has seen a significant spike in demand over the past year.

Volkswagen hasn’t revealed many details about the ID. California yet, but if it follows in the tire tracks of its predecessor, it should be a versatile commuter vehicle that doubles nicely as an electrified camper. The original model featured a pop-up sleeping area in the roof and came with a small interior living space for lounging and enjoying meals. The next-generation edition will likely offer similar capabilities, along with an interior LED lighting system and the option to power appliances and the heating and cooling system from the EV’s electric battery pack. 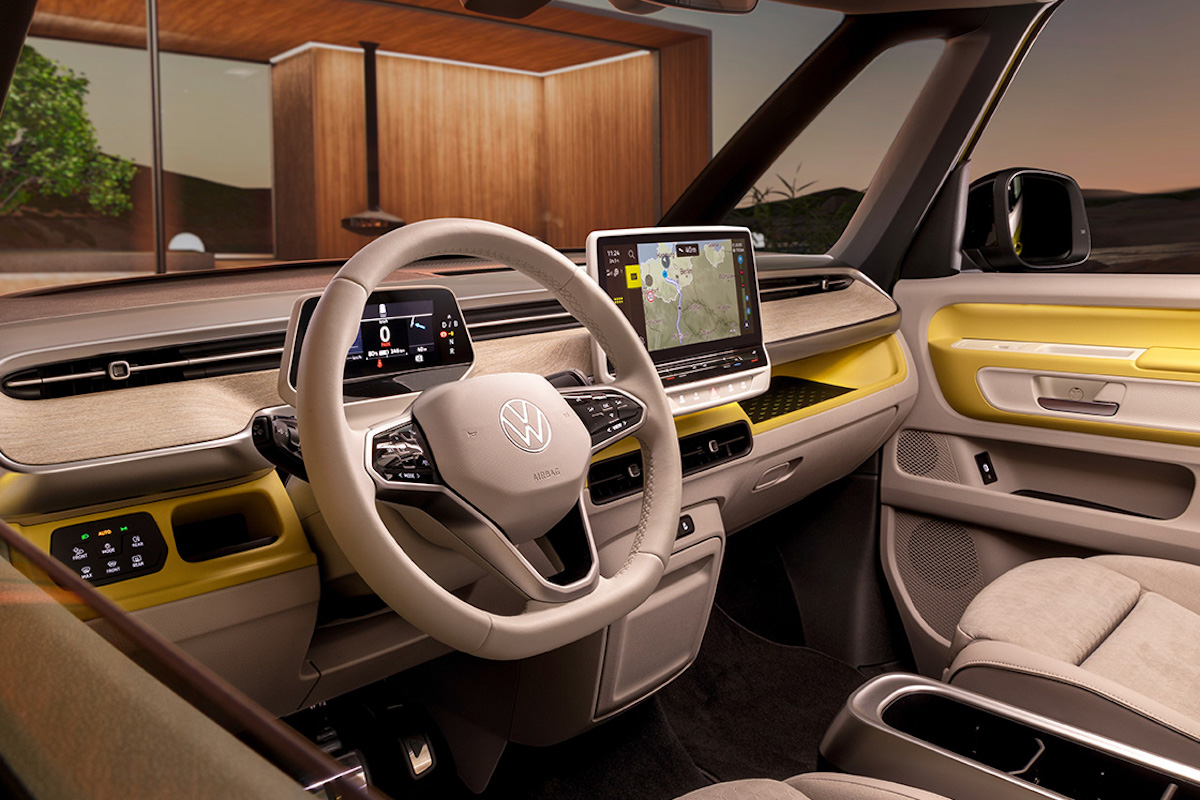 With Volkswagen focusing on manufacturing the ID. Buzz and its Cargo variant first, it is unsurprising that the California model will come at a later date. The company hasn’t confirmed exactly when the camper van will go into production, other than indicating that it will start shipping sometime after 2025.

For those interested in buying the diminutive RV, the potential wait could be a long one. But, there may be a silver lining that comes with the delay. As VW evolves and expands the MEB platform, it plans to add a larger 111-kilowatt-hour battery pack to the ID. Buzz line of vehicles. That would push the range of the van closer to 350 miles on a single charge and would provide more onboard power for the California to use at the campsite. More powerful electric motors and a longer wheelbase are also in the works, which could benefit the vehicle as well.

Volkswagen hasn’t announced pricing for any of the ID. Buzz models yet, but expect further details to emerge in the months ahead. For more information and future updates, visit the Volkswagen website.