Is Buying A Diesel Truck Worth It?

Throughout automotive history, few engines have been as polarizing as the diesel. Those who own them, love them; those who don’t, love to hate them. Techies and engine nerds will cite the diesel’s greater efficiency and longevity, while the average driver who hasn’t driven a modern diesel in the past 10 years or so might complain that they’re noisy, smelly and in some cases, sooty. They’re certainly not for everyone, but for commercial truckers and RVers, they’re still the last word when it comes to pulling heavy loads.

Then again, gasoline engines have become more powerful and efficient than at any time in history, with trucks like the EcoBoost-equipped Ford F-150 posting tow ratings that were possible only with a three-quarter-ton truck a decade earlier. And where it was once common to expect around 100,000 miles out of a gasoline engine, it’s not uncommon to get 200,000 or more out of one today, which may make a diesel’s greater longevity a moot point for many people.

So the question is, do you really need a diesel, or do you just want one? Will the extra cost be a worthwhile investment or a waste of money? That’s what we aim to find out. 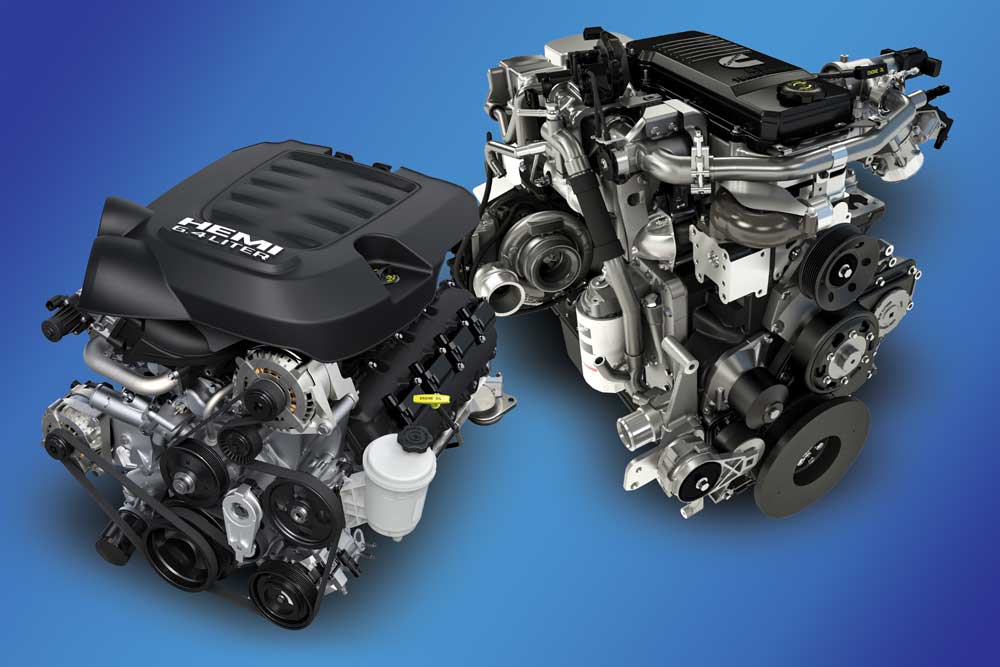 Ram’s 6.4-liter Hemi engine makes a pretty strong case for gasoline power in a medium-to-light-heavyweight application. With 410 horsepower and 429lb-ft of torque, it can tow up to 16,320 pounds. Above right: It could be argued that theaddition of a Cummins engine to a Dodge truck in 1988 started the diesel horsepower race. Today, the High Output version of the engine is capable of 385 horsepower and
930 lb-ft of torque when paired with the Aisin six-speed automatic transmission.

Cost Analysis of a Diesel Engine

When considering a diesel, cost is the primary consideration. Diesels have always brought with them a higher price tag, owing not only to the heavier-duty components of the engine itself but all the ancillary items that go along with it. A high-pressure injection pump, turbocharger/intercooler, larger radiator and beefier transmission have always been part of the package, but the evolution of the modern-day diesel has brought with it substantial extra costs.

In the year 2000, the Environmental Protection Agency (EPA) adopted new guidelines designed to reduce emissions from on-road heavy-duty trucks and buses by up to 95 percent and cut the allowable levels of sulfur in diesel fuel by 97 percent. Beginning with the 2007 model year, 100 percent of on-road diesel trucks required the use of a diesel particulate filter, and by the 2010 model year, 100 percent would also require NOX exhaust-control technology. As a result, today’s trucks are not only equipped with a complex Selective Catalytic Reduction (SCR) exhaust after-treatment system but also must ingest a nonstop supply of diesel exhaust fluid (DEF), a solution of 32.5 percent urea and 67.5 percent deionized water, to break down NOX emissions into harmless nitrogen and water.

While many lamented the higher costs (not to mention hassle) of the DEF equation, the addition of the fluid typically results in higher fuel economy, so depending on the application and driving habits, DEF can actually save money, or at least not add to operational expenses.

In an article published in August 2011 on TruckingInfo.com, fleet managers were quizzed about DEF consumption and related costs. They found that 2 to 3 gallons were consumed for every 100 gallons of diesel fuel, but there was also a 10 to 11 percent fuel-economy improvement running identical routes, comparing their then-new SCR units to ’09 or older models. This is, of course, information derived from trucking fleets, but it is a good indication of DEF use and related expenses in RV applications. 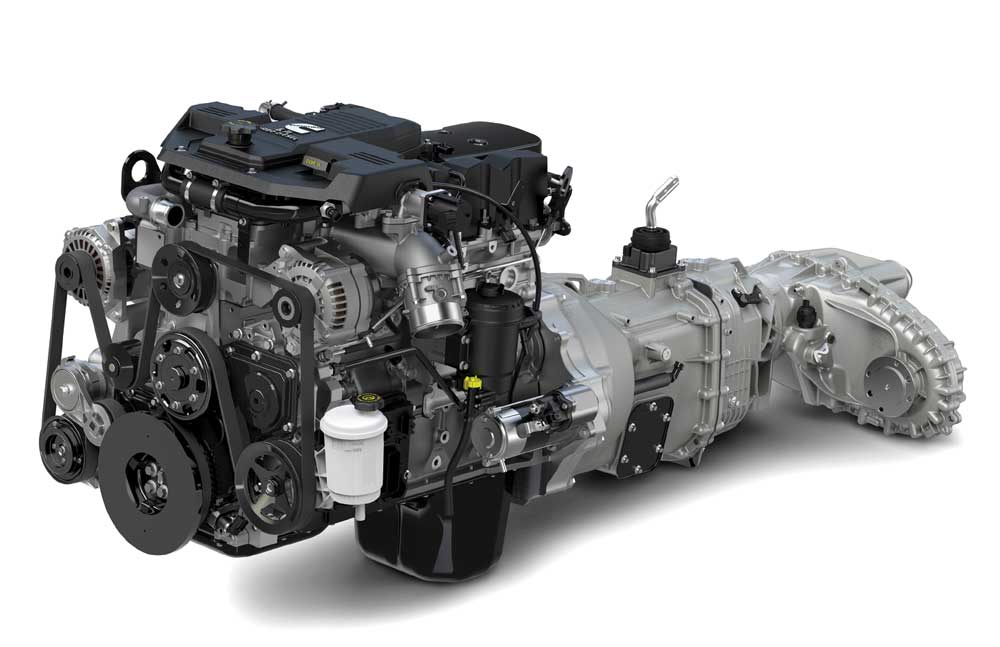 Ram is the only remaining manufacturer to offer both a manual and automatic transmission in the heavy-duty diesel pickup segment.

“After-treatment systems, higher-pressure pumps and material cost increases all play a role [in overall cost],” agrees Rod Romain, head of 2500/3500 Engineering for Ram trucks. “Also, with greater capabilities come larger transmissions, frames, brakes and drivelines with higher capacities,” he adds. “When we launched the 1988 Ram truck with a Cummins engine, it had 400 lb-ft of torque. We are now at 930 lb-ft and offer 7,390 pounds of payload.”

Maintenance of a Diesel Engine

Then there are other considerations that diesel ownership brings. Scheduled maintenance will be costlier, as the 6.7-liter Cummins holds 12 quarts of oil, while the 5.7-liter and 6.4-liter Hemi gas engines take 7 quarts. The 6.7-liter Power Stroke requires 13 quarts, while the 6.2-liter gas V-8 uses 7 quarts as well. There may be added costs associated with fuel filters and water separators, and over the past several years diesel fuel has been marginally more expensive than regular. As of this writing, the national average cost of regular gas was $2.833 per gallon, while diesel was $3.216.

Considering that heavy-duty trucks are not required to post fuel-economy ratings, comparing mileage figures against an available gas engine isn’t so cut and dried. “It depends on the usage profile,” Pruitt says. “Light-duty usage may see a 15 to 25 percent improvement, while heavy towing applications can see one-and-a-half to two times the mileage with a diesel. Cost of ownership is very dependent on the vehicle usage. Fleet buyers in particular are very specific with cost-of-ownership calculations for their usage and will purchase the lowest overall costing vehicle, considering the initial cost, fuel, maintenance and expected life of the vehicle. The more a customer tows and the higher rate of mileage accumulation, the stronger the business case for diesel,” Pruitt says. “Always consider your use and length of ownership,” Romain adds.

“In some cases, the weight you haul will require a Ram 2500 or 3500 HD with a Cummins 6.7-liter. If not, the 6.4-liter Hemi is a great option and reduces upfront costs. Each owner has a different need, and it’s up to them to crunch numbers.”

“It’s harder to quantify in monetary terms the towing confidence of a diesel,” Pruitt reasons. “Especially for many RVers, vacation is not the time to wish you had purchased a diesel.”

Indeed, while a gas engine may have similar tow ratings to a diesel in a given truck, there’s little doubt that the diesel will be able to pull a load with far less effort. So if you’re considering a trailer that’s approaching 16,000 pounds, it may make more sense to go overkill with a diesel than to overtax a gas engine. “We find that, due to demands, you’re either a diesel customer or a gas customer,” Pruitt says. “We see very little movement from one to the other.” 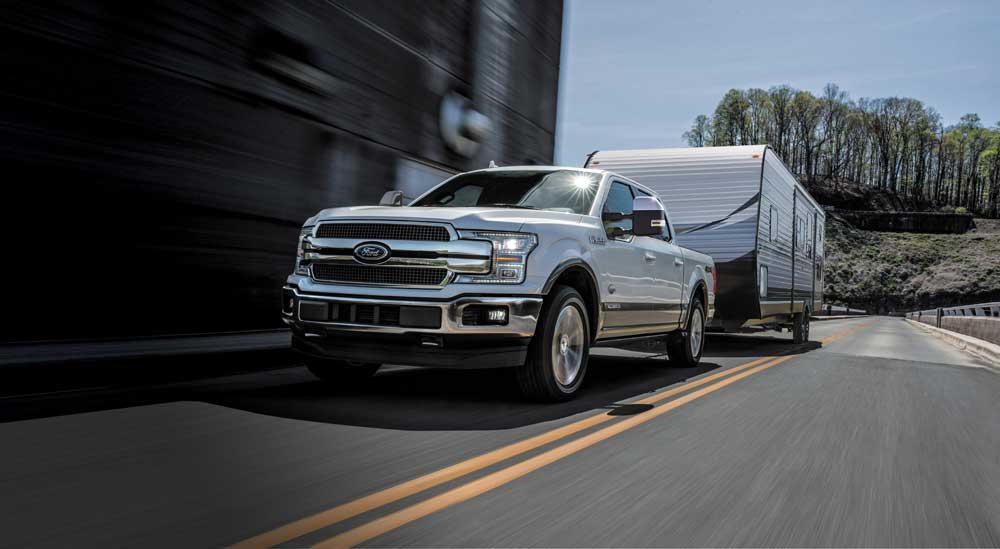 The addition of a diesel-engine option in the half-ton segment adds a new wrinkle to the diesel-versus-gas debate. As of the 2017 model year, Ram’s 3.0-liter V-6 EcoDiesel option cost more than a standard Hemi yet towed less in an apples-to-apples comparison. Ford’s 3.0-liter Power Stroke V-6 (which should be available by the time you read this) and GM’s upcoming 3.0-liter inline won’t be able to eclipse their top gasoline tow ratings, either.

So what is the thinking here? In a word, versatility. It is widely known that the F-150 is the best-selling vehicle in America, and that a half-ton crew-cab pickup makes the most sense when you want a vehicle that can do it all. The one thing it lacks, however, is fuel economy. Indeed, new technologies, taller gear ratios and reduced weight have given half-ton trucks respectable fuel economy, but it pales in comparison to even the largest sedan. The six-cylinder diesel aims to correct that disparity, or at least make a sizable dent in it.

The 2017 Ram EcoDiesel, the only half-ton diesel engine we can reference at press time, gets an EPA-estimated 20 mpg/city and 27 mpg/highway in a 2WD 1500 Ram, compared to 17 mpg/city, 22 mpg/highway for the popular 5.7-liter Hemi. Ford claims its 3.0-liter Power Stroke will return 30 mpg/highway, and there’s little doubt that GM’s entrant will produce a similar figure. For those who use their truck primarily as a commuter or family vehicle and tow a travel trailer during the warmer months, this new breed of half-tons starts to make sense.

For the emotional buyers among us, nothing will ever beat the security that comes with owning a diesel. Their heavy-duty nature and ability to haul heavy loads with minimal effort will always make them attractive to some buyers, regardless of the extra cost or intended use. But for the more pragmatic among us, a gasoline engine may make more sense, particularly if frequent, heavy hauling isn’t in your future. In any case, it always makes sense to crunch numbers on the truck models you’re considering to see what’s right for you.

Why do diesels have such a legendary reputation for longevity? With their anticipated heavy use and compression ratios that can be twice that of a gasoline engine, they must use stronger components, including the block, crank, rods, pistons and cylinder heads. These components typically double the weight of the best available gasoline engine. The other reason is engine speed. Turning roughly half the rpm of a gasoline engine for a given scenario, internal wear is greatly reduced. 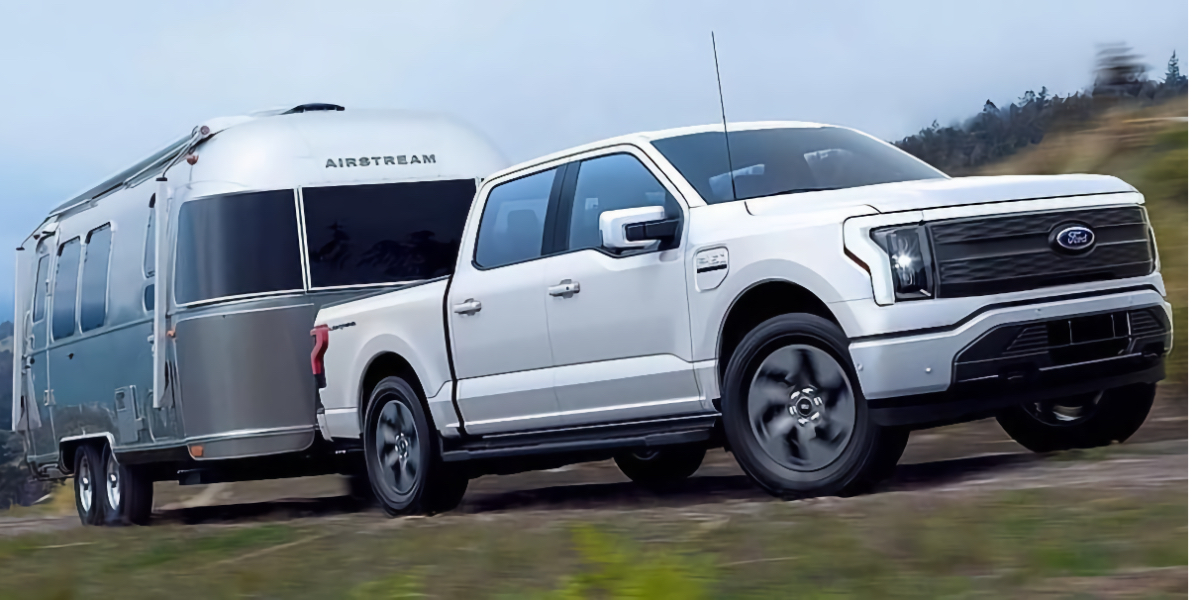 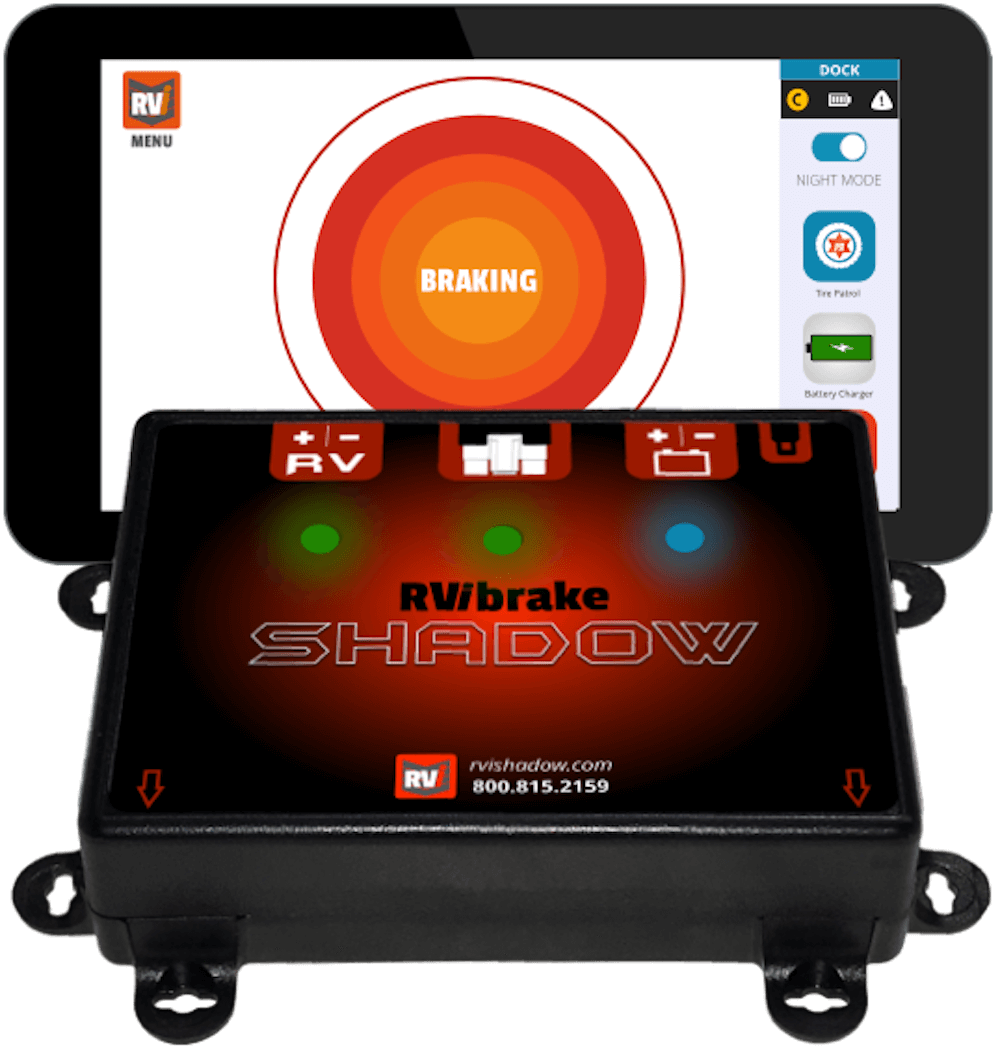