Vintage campers, craft beer, live music and the beautiful backdrop of the Sangre de Cristo Mountains — what more can one ask for? Known as Hotel Luna Mystica, this eclectic campground is situated just outside Taos, New Mexico, on 12 acres of mesa and offers 18 classic rental trailers and 60 RV campsites.

Each lovingly revamped trailer is outfitted with a kitchen, bathroom and deck, but adorned with its own unique style. You’ll find budget campers starting at $75 a night, like Pollux, a 1967 Fan Luxury Liner, to trailers big enough to accommodate six, like Soy Captain, a 1954 Spartan Imperial Mansion. 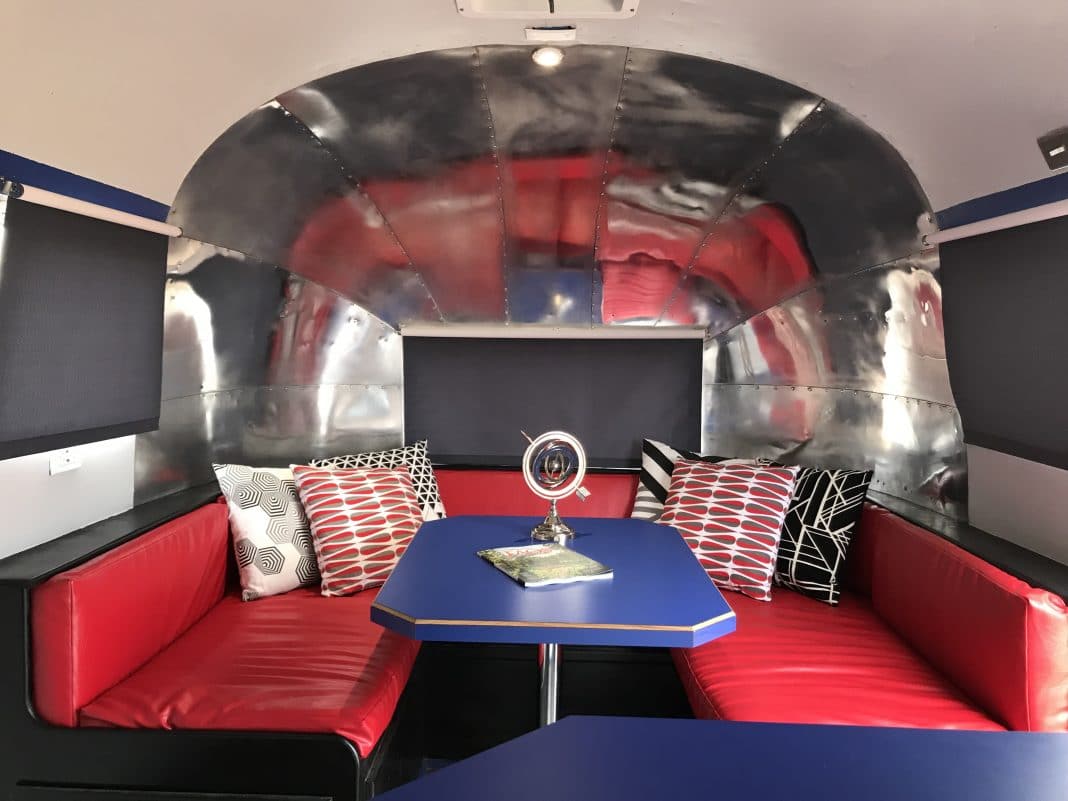 Don’t mind bunking? A hostel trailer offers beds for $30 a night. For those traveling with an RV, dry sites go for $25 a night or $150 a week and include use of the shower facilities. 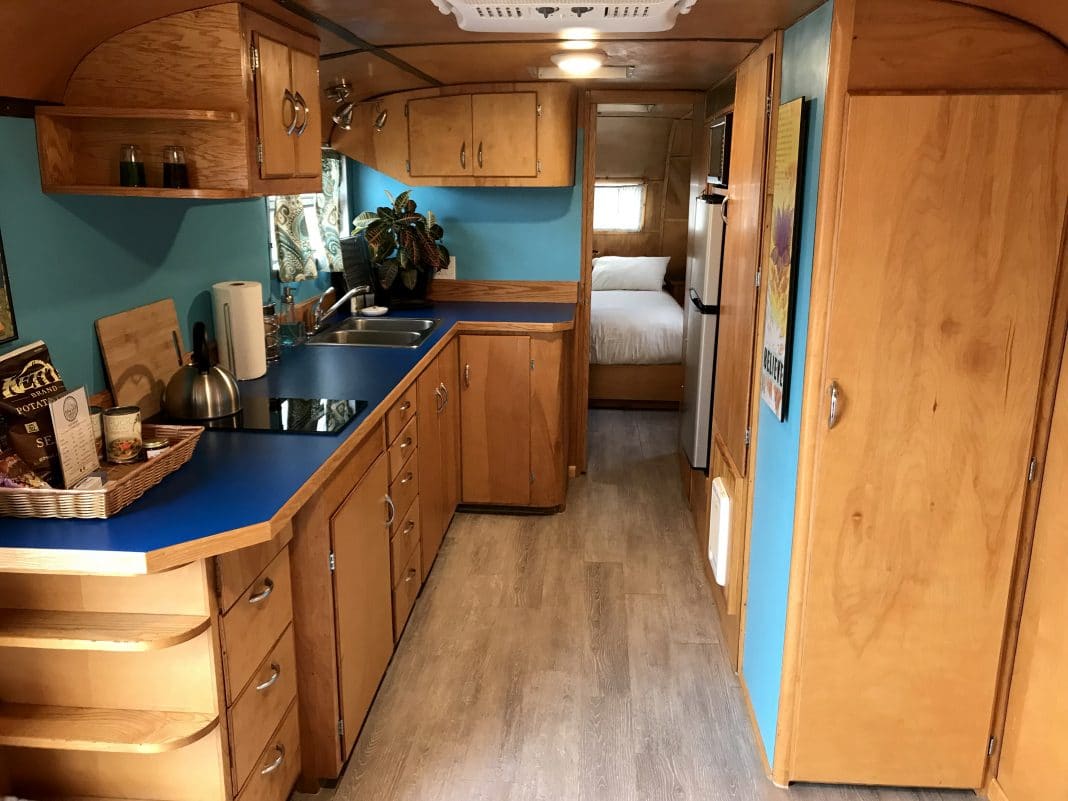 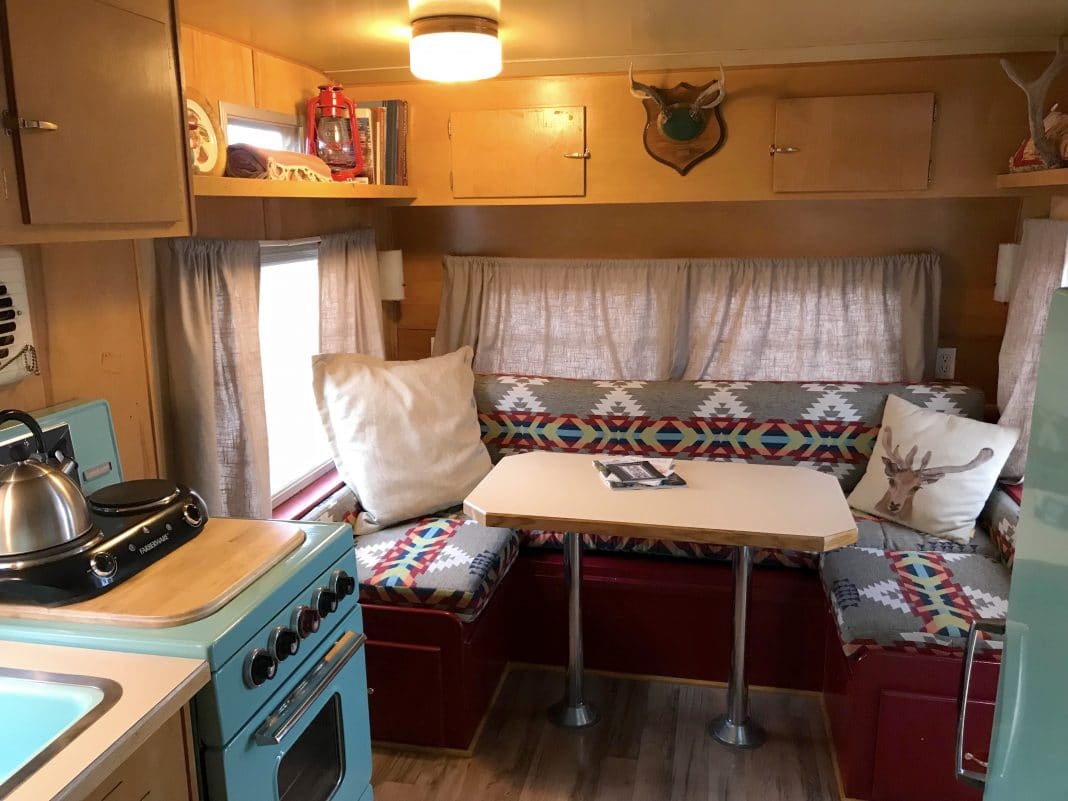 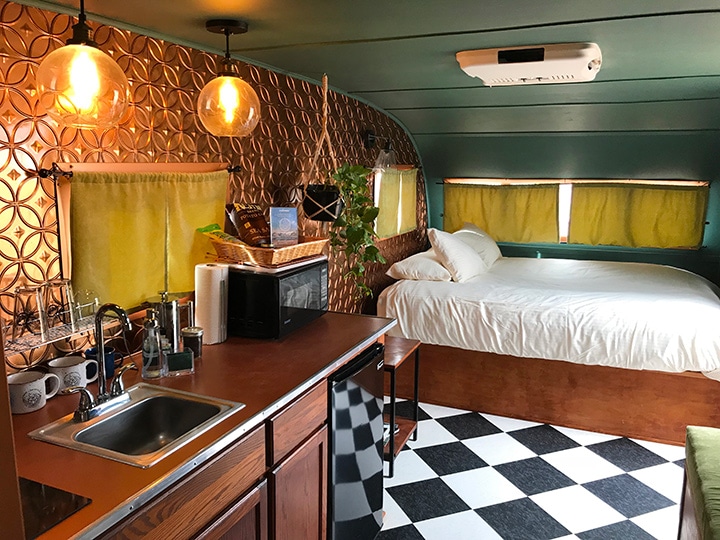 With an elevation of 6,967 feet, Taos, New Mexico, easily surpasses Denver’s Mile High City, but the altitude can take some getting used to. If you stay at Hotel Luna Mystica and sample what’s on tap at neighboring Taos Mesa Brewing, go easy on the Black Widow Porter. 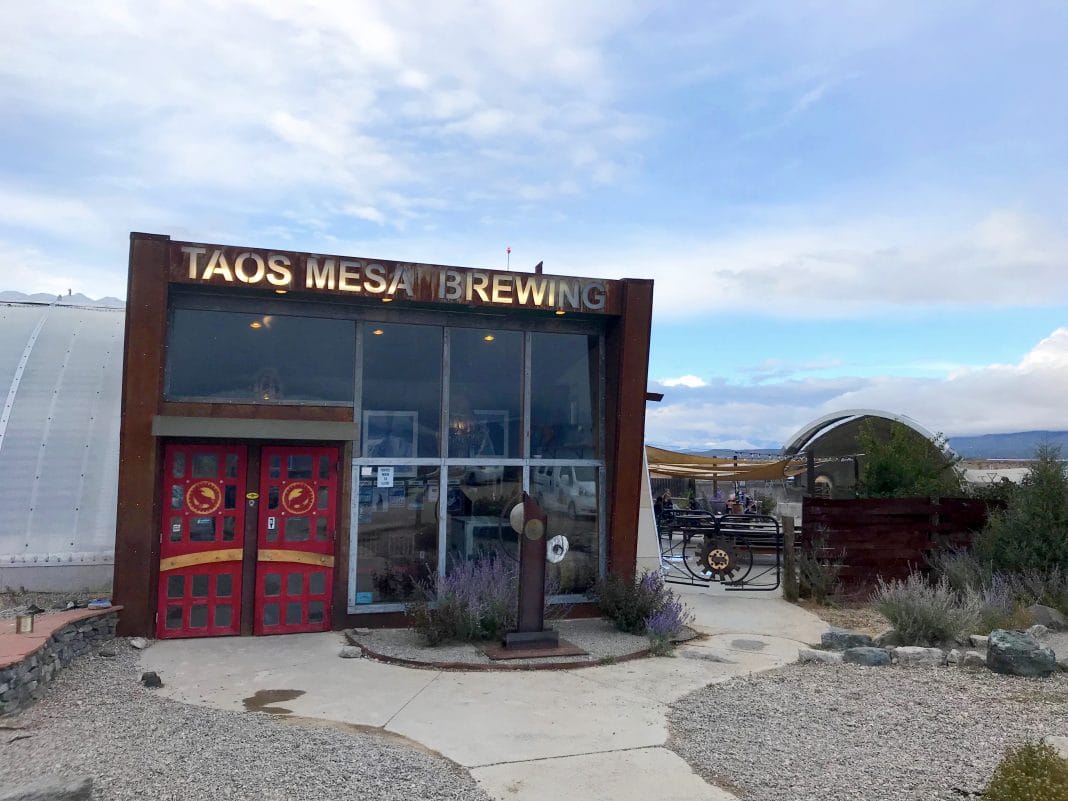 Taos Mesa Brewing has indoor and outdoor stages, beer, wine and food. Growlers are available to take back to camp.

Nearby Points of Interest in Taos 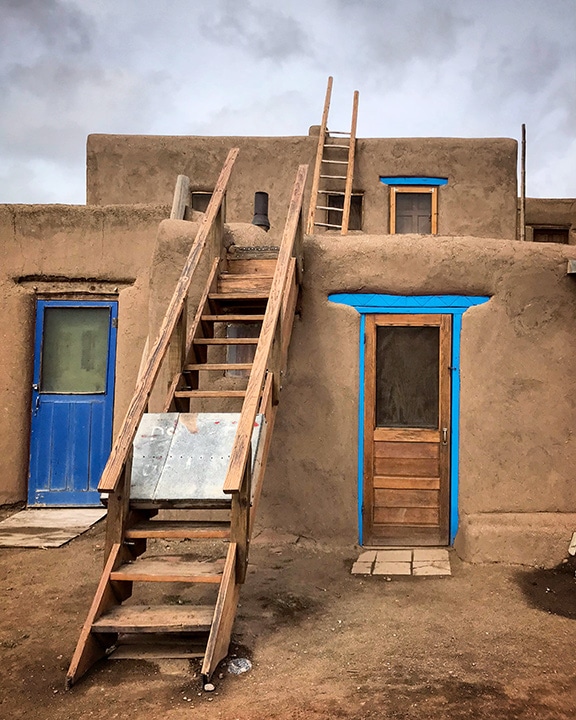 Taos Pueblo of the Native tribe of Puebloan people.

Next door to Hotel Luna Mystica is Taos Mesa Brewing, home to live music and events every day of the week, as well as a restaurant. Happy hour is weekdays from 3 to 6 p.m.

Located 10 minutes away is Taos Pueblo, with the oldest continuously inhabited community in the United States.

Five minutes down the road is the famous Rio Grande Gorge. 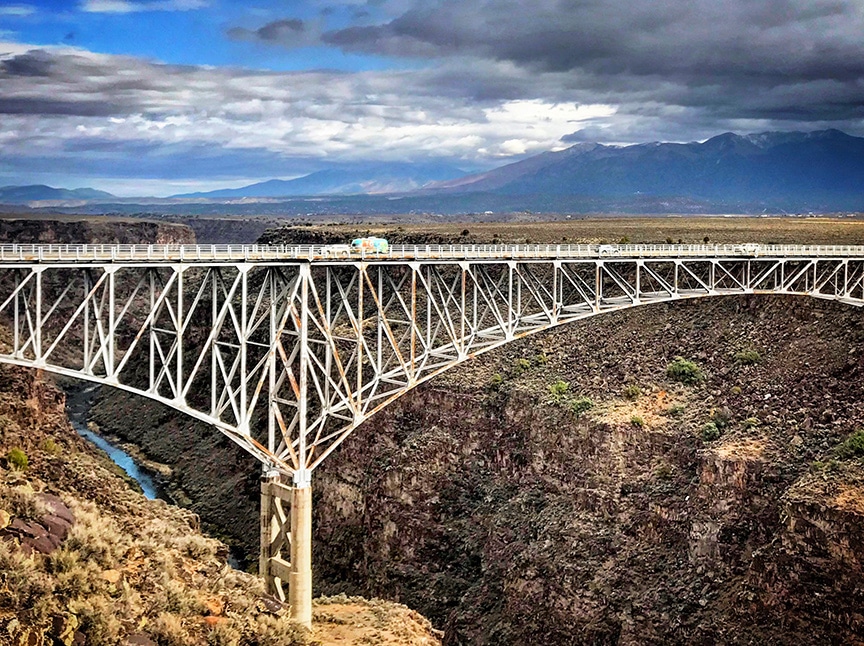 A short drive from Hotel Luna Mystica takes you to the Rio Grande Gorge Bridge.