Want to Add a Hot Shower to Your RV? The Joolca Hottap Has You Covered

This Propane-Powered Portable Water Heater is Small, Lightweight, and Can Go Anywhere

As the interiors of camper vans and small travel trailers have evolved in recent years, designers have found new and interesting ways to squeeze in more features and amenities. However, due to a lack of space, one of the first things to get cut from any design is usually the shower. But thanks to a product called the Joolca Hottap, it’s now possible to have a hot shower no matter where you go—even when boondocking in a tiny camper or tent.

The Hottap is essentially a portable water heater that can go anywhere. The unit itself weighs just 9.5 pounds, although it does require a propane tank to fuel the heating element. Water is pumped into the system using an included garden hose, which can pull from a jerry can or paired with an optional two-stage water filter to draw directly from a river or lake.

A brass quick-connector for the propane tank, and standard garden hose fittings on the Hottap itself, make set-up quick and easy. A built-in LED thermometer indicates the current temperature of the water, which can be sent to the shower with the flick of a switch. Joolca says the portable water heater can run for up to 15 hours on a single 20-pound propane tank, which is plenty of time for taking a shower and washing dishes. 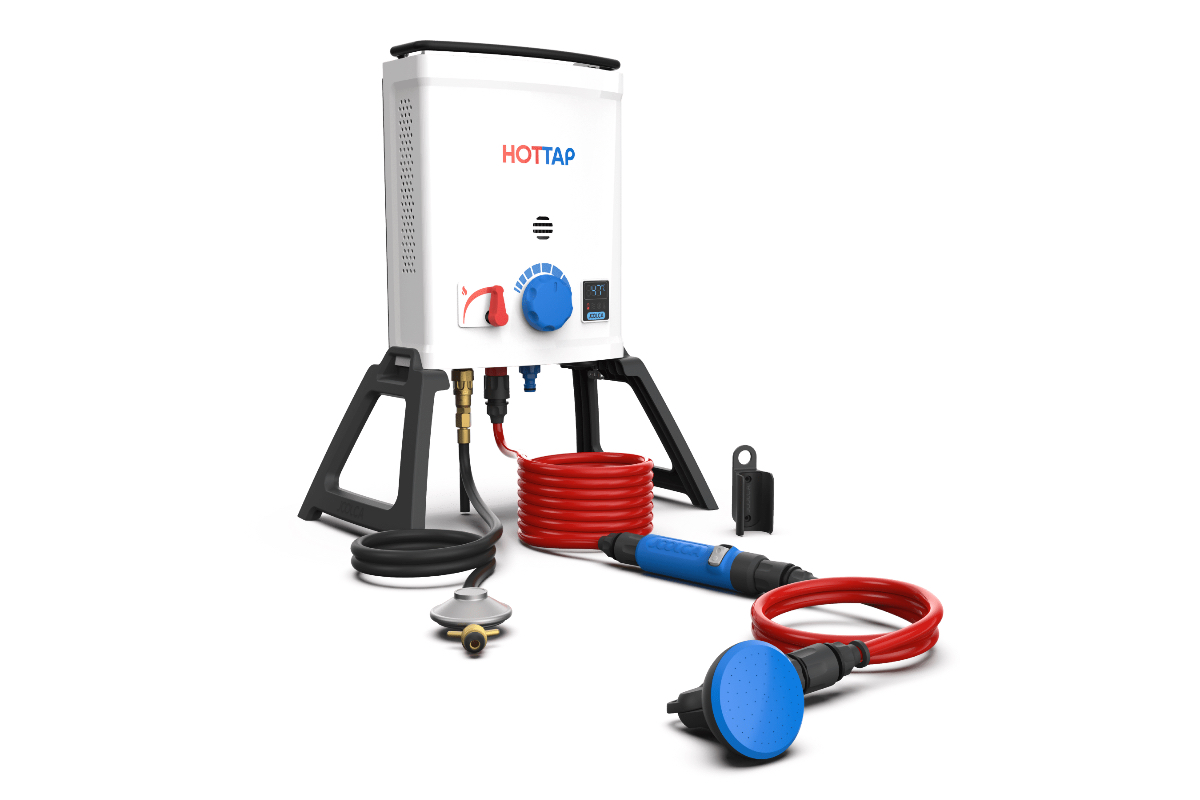 Joolca sells the Hottap in three different variations. The Essential Kit includes just the water heater and the showerhead. Upgrading to the Outing Kit adds the off-grid pump system for pulling water in from an outside source. Finally, the Nomad Kit also comes with the pump, as well as a handy storage container that transforms into a kitchen sink complete with faucet and dish racks. All of the models include a two-year warranty.

If you’ve been looking for an efficient and clever way to add a hot water system to your small RV, the Joolca Hottap might be the answer to your prayers. It includes plenty of handy features and doesn’t take up much room when not in use.