What You Need To Know About Engine Oil Filters 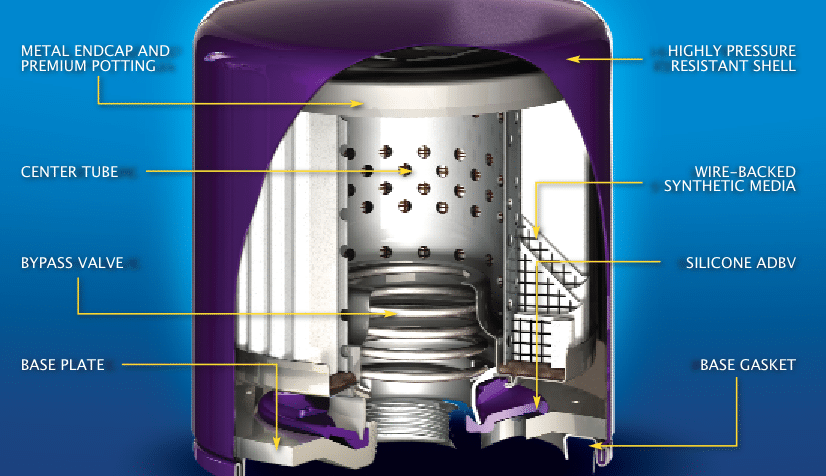 Research on oil filters will yield a focus on construction methods, making it all too easy to “armchair quarterback” what you can see in a cut-open filter. But it’s not so easy to evaluate performance or reliability that way, and it isn’t wise to focus on just one aspect of a filter without bearing in mind a number of factors, cost being key. Among the major manufacturers, differences in features may simply come down to the pric

e point and filter change interval. It’s safe to say that the major manufacturers have validated their construction choices with a great deal of testing. That may not be true of off-brand, low-rent, no-name filters that are simply too cheap, but we won’t let them enter our discussion. Everything here is predicated upon the filter being from an established, mainstream filter manufacturer with a valuable reputation to protect.

Cellulose is surface-loaded media. It’s the most common and despite being old school it still has many benefits, primarily low cost. Plant-based cellulose fibers are treated with a resin giving them chemical resistance and structural integrity so they can be molded into pleats. Cellulose can be manufactured in many different levels of efficiency and can remove small amounts of moisture from oil, which reduces oxidation. Its downsides versus synthetic media are relatively low capacity, lower flow and vulnerability to collapsing from excess water, chemicals and age-based deterioration.

Synthetic media is a depth media and made from fibers that are spun from man-made materials like nylon or polyester. Because its shape and diameter can be engineered, synthetic media can be made to flow and filter very well. It can be made thick or thin or even in layers of varying density. It’s more resistant to water, chemicals and deterioration than cellulose. Very small synthetic fibers are called nanofibers and, when incorporated in the media, they offer very fine filtration with high flow and capacity. The downsides of synthetic media are mostly cost-based. Because it cannot be treated and molded, it needs backing, which is usually done with wire screens and adds to the manufacturing cost. Synthetic media doesn’t absorb water, which is both good and bad.

What is proving to be a very cost-effective filter media are blends of synthetic and cellulose fibers, which increase capacity and efficiency while keeping the cost down. These blends are the future at a lower cost that’s here now in the baseline Fram Extra Guard filters — one of the most efficient baseline filters you can buy.

Cellulose media is just less than 30 microns absolute, blended media around 25 microns and synthetic is around 20 microns. Look closely at the gradual drop in efficiency of synthetic media versus cellulose. The synthetic media is still in the mid-90 percent efficiency range even nearing 10 microns. Media efficiency can vary lower or higher from these averages depending on the application.

Jay Buckley, technical training manager at Fram says there is no particular shelf life for a filter as long as humidity is kept low. David Cline, product manager of oil filtration systems for the Racor division of Parker Hannifin says any rust seen on the endcap is sufficient reason to discard the filter due to possible high humidity. Cellulose media is particularly vulnerable to degradation from humidity, but any filter can have potential issues. The best advice is to adapt the mountain man’s attitude toward gunpowder and keep your stored filters dry.

Service life is most often measured in miles but oil filters can last longer than one year in service when used under their mileage limit. The conservative time recommendations are due to the uncertainty of the manufacturers to the exact conditions their filters are operating. Cellulose media, for example, is vulnerable to the long-term effects of oxidation and being immersed in high-additive oils. The oxidation byproducts that come from engines used in short hop operations are a primary cause of plugged filters used in low mileage but long time intervals. The closest thing we’ve seen to a maximum service interval is three years.

Occasionally, you will discover dents in the oil filter can. Is that a death sentence for the filter? Potentially, yes. If you see a dent on a newly purchased filter, exchange it. There’s no sense taking chances with a can that has compromised integrity. Beyond that easy choice is a lot of gray area. It would take some very bad luck and specific circumstances for a can rupture to occur as a result of minor damage in normal operation, yet you must balance the cost of a filter against the risk of losing an expensive engine.

ADBVs are an important part of the filter because they aid in reducing start-up wear by not allowing the oil to drain or be siphoned out when the engine is shut down. On the left is a silicone combo valve that is both an ADBV and a bypass valve. Next is a Nitrile valve and finally the silicone valve on the right.

Cline recently wrote about the benefits of enhanced filtration on oil life. The bottom line was that with significantly improved filtration, oil life was significantly improved. Total Base Number (TBN), a measure of the active additive level remaining in the oil, was better at 15,000 miles than with conventional filtration at 5,000, and not just by a little bit. This was a test done with high-efficiency bypass filters, but an improvement in primary filters can benefit you in the same way, though less dramatically.

The State of California did a more comprehensive test in 2008 in a document entitled “Evaluation of High Efficiency Oil Filters in the State Fleet.” The state test involved heavy-duty trucks, but its results mirrored those of the Racor test in the light-duty vehicle realm. The resulting recommendation was to increase the oil change interval from 6,000 to 10,000 miles with the use of improved efficiency long-life filters.

These two microscopic views of filter media are at the same 250x resolution so you can see how the passages in the synthetic media are generally smaller and how there are larger pores in the cellulose.

Abe Khalil of the Filtran Company said, “There’s no such thing as oil that’s too clean.” This is true, but you also have to take into account the tradeoffs. Lately, technology has given us some great filtration tools. You can find premium filters that offer improved filtration over the filter your engine may have been designed to use. It may be significantly improved filtration.

Where some people get into trouble is when they take it a step farther by adapting a high-efficiency filter from another application. What you don’t want is to end up with a plugged filter before the end of a service interval. By now you know, even with the improved capacity of synthetic elements, there may be a tradeoff of capacity for efficiency in a given package size. If you can increase the amount of media or capacity at the same time you increase efficiency, the increased capacity will balance with the efficiency. The high-end filters on the market list rated intervals, which are now in the range of 10,000 to 15,000 miles and the manufacturers stand behind them in their specific applications.

A $10 to15 oil filter will make your engine last longer than a $3 filter, but you may have to wait thousands of miles to see the benefits. You can run a longer oil change interval with a high-efficiency oil filter, but the operational cycle will still be the limiting factor with any type of oil and filter combination. We couldn’t get any averages from our experts because there are so many variables, but with the technology available today, the current 7,500 miles is fast becoming 10,000 miles and beyond.

Absolute Micron Rating
The smallest particle a filter can catch 98.7 percent of on the first pass through the filter.

ADBV – Anti-drainback Valve
Prevents oil from draining out of the filter after the engine is shut down and shortens the period of time it takes the engine to develop full oil pressure on restart. There are two main choices in material: nitrile and silicone. Nitrile is fine, but subject to heat aging over time. It will harden when subjected to high temperatures over a long time so it’s used in lower-cost filters intended for a life of about 5,000 miles and no more than about 7,500 miles. Silicone is a lot more durable and is used in longer life filters. Silicone also offers superior low-temperature performance.

Beta Ratio (See also Efficiency)
Another way to express filter efficiency is the ratio of particles upstream of the filter to those downstream. Beta ratios show the particle size in microns and the efficiency (in percent) at that size. Beta 4=200 (or B4=200), for example, means a filter will catch a 99.5 percent of all 4 micron particles. You may also see double numbers, such as Beta 2/20=10/75. The 2/20 indicates 2 and 20 microns. The 10/75 indicates Beta values of 90 and 98.6667 percent.

Burst Strength
Relates directly to oil pressure, which can be surprisingly high during momentary surges. If normal oil pressure is 60 psi, the filter might see surges more than 100 psi. The danger comes if the engine oil pressure relief valve sticks closed, even momentarily. An engine oil pump can produce tremendously unregulated high oil pressure — more than 200 psi in many cases.

Bypass Valve
A valve built into most oil filters (sometimes the engine) that allows oil to bypass the element if the filter gets restricted. There are many designs — too many to evaluate individually. They all work well when properly engineered.

Capacity
Filter contaminant capacity, or the amount the filter can hold before restriction reaches the maximum differential pressure. Sometimes capacity is expressed in grams and may be reflected in recommended mileage intervals.

Combo ADBV/Bypass Valves
This is a recent invention that promises to simplify oil filter operation and manufacturing. It’s found on only a few filters at this time.

Core
The center tube of the filter and primarily responsible for preventing media collapse, but it also plays a part in oil flow. They are metal, nylon and even engineered fiber and take many shapes. Again, all designs work and it’s difficult to say one is better than another. With the brand name filters, any differences will not be huge because a reputable company will have engineered for strength and flow according to the application.

Efficiency – Filter Efficiency
The ability of the filter media to capture contaminants. It is usually, and properly, expressed as a percentage at a specific size, i.e. 50 percent at 30 microns. See also Beta Ratio.

Endcaps
The main job of the endcaps is to retain the ends of the media. That’s mostly a feature of the potting (the glue) into which the media is embedded. There can be engineered fiber, metal, plastic endcaps — even filters with no endcaps. When properly engineered and executed, they all work well.

Nominal Micron Rating
The particle size a filter can catch 50 percent of on the first pass through the filter.