What is Homeland Security doing in our border parks? 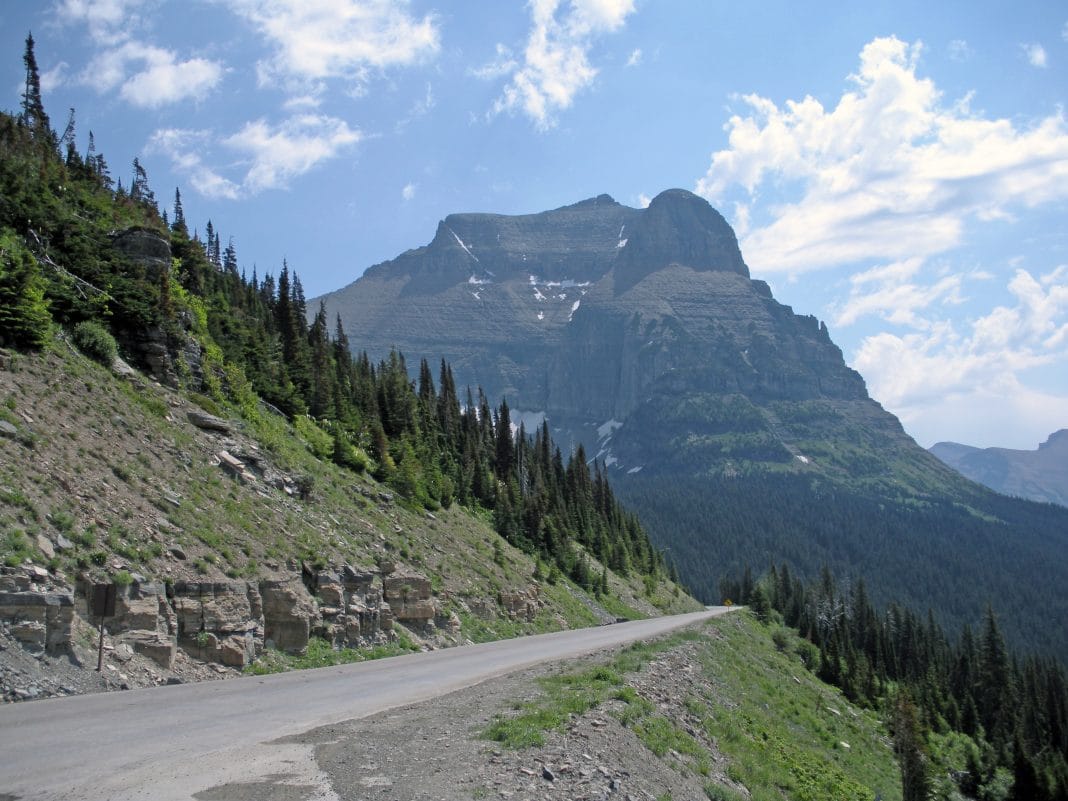 As a long-term advocate for motorized and non-motorized outdoor recreation, I see a plethora of news stories every day about public lands, camping, RVs and off-road trails, among countless others. Usually I either delete the story, or if it has merit, post it online or file it away in one of my story idea folders. Today’s news, however, has me looking to shout from the rooftops, as some of our federal representatives are pushing a bill that could be very detrimental to our treasured, federally protected lands, forests and national parks.

Glacier National Park is one of many national parks within H.R. 15050’s proposed 100-mile zone of potential impact.

A current proposal led by House Republicans in Congress would give the Department of Homeland Security control of 50 national parks, historic sites, national monuments and forests near the U.S. borders in the name of improved security. I invite the outdoor community – and anybody who loves our national parks – to learn more about this legislation and speak their mind to derail this proposal.

First a little background: the National Security and Federal Lands Protection Act (H.R. 1505) first surfaced last October. The bill “would prohibit the Secretaries of the Interior and Agriculture from taking actions which impede Border Security from doing their job on federal land within 100 miles of the U.S. border with Mexico and Canada.” While the text of the bill states “this authority cannot be used to eliminate recreational or economic activities,” there are still many causes for concern. In the bill’s words, it would allow the construction of patrol roads, fence construction, patrol vehicles, installation of surveillance equipment and sensors, use of aircraft and deployment of temporary tactical infrastructure (including operating bases). Don’t worry, though, land used for mining, timber harvesting and cattle grazing are exempt, along with private property. Read more HERE.

Riding snowmobiles directly atop the US-Canada border in northwestern Maine. If you look hard, you’ll see the brushed-out border extending through the distant hilltops.

According to a press release by the Coalition of National Park Service Retirees, the legislation “would gut a century’s worth of proven federal lands protection, potentially opening up millions of pristine acres of national parks to off-road vehicle use, road construction, air strips and helipads, fencing, base installations and other disruptions” and adds, “this radical legislation introduced by Rep. Rob Bishop (R-UT) would suspend the enforcement of almost all the nation’s environmental laws on all lands under the jurisdiction of the Departments of the Interior and Agriculture.” This means that protected parks and lands would become security zones where the environmental preservation takes a back seat to beefing up our border security.

CNPSR Chair Maureen Finnerty said: “This legislative proposal is perhaps the most direct assault on national parks ever to be advanced at any level in any Congress in U.S. history. It threatens to literally stop all enforcement of several landmark environmental and conservation laws that NPS uses to manage and protect the National Park System and to serve millions of park visitors. The outrage here is that national parks and other U.S. crown jewels could end up being trashed in the name of achieving national security gains that are fictitious.”

Among the 36 laws that would be expressly suspended within 100 miles of the borders with Canada and Mexico are virtually all environmental, historic preservation, wildlife, pollution, and tribal protection laws, including the National Park Service Organic Act, 1916 (the act that requires park areas to be managed for conservation and enjoyment so as to leave them unimpaired); the Wilderness Act, 1964; the National Environmental Policy Act, 1969; the National Historic Preservation Act, 1966; the Endangered Species Act, 1973; the Clean Water and Clean Air Acts; the Archaeological Resources Protection Act, 1979. All these laws are critically important to maintaining the integrity of America’s national parks.

Riding sport quads near the US-Mexico border in California this past winter.

I think it’s contextually important to remember that illegal crossings on the US-Mexico border have sharply fallen in recent years. As part of a story I did for ATV Magazine on the U.S. Customs and Border Patrol two years ago, Public Information Officer for the Tucson Sector Border Patrol Eric Cantu told me, “We are making progress. In the past 10 years, look at the number of apprehensions that we’ve made. In 2000, we made 616,000 arrests … last year in 2009 we apprehended 241,000 just in the Tucson sector.” There are many reasons for the drop in border crossings, like the Great Recession reducing U.S. job openings, but I think most Americans assume the numbers are climbing, rather than falling significantly.

We American citizens give our government a lot of leeway and money to protect us from real or perceived threats. Picture the magnitude of it all: right now, on your behalf, the United States is deployed in more than 150 countries, we have approximately 3 million active duty and reserve personnel, our Navy is unparalleled (11 carriers, 22 cruisers, 61 destroyers, 53 subs, 122 surface warships). As I type, Air Force technicians are remotely piloting unmanned drones over the mountains of northern Pakistan, naval officers are cruising through every ocean on the globe and the U.S. Department of Homeland Security is chewing through its $57 billion in total allocated funding for 2012 — that’s $6,506,849 every minute.

The National Security and Federal Lands Protection Act is currently stalled in the Democratic-controlled Senate, so it’s hard to tell if it has any real chance of passing. Even so, the proposal is eye-opening and should get the attention of the entire outdoor community.

I’m certainly not against protecting our citizens or protecting our borders, but where do we draw the line? Shouldn’t our national parks and federally protected spaces be spared from the ongoing trauma? When it comes to giving up personal freedoms or protected lands, once they’re gone, they’re likely gone for good.

There’s more to this story than presented here, and I will continue to research its progress. I encourage you to read the bill (see the link above) and contact your elected representatives to discourage support of this potentially devastating legislation. Spread the word!