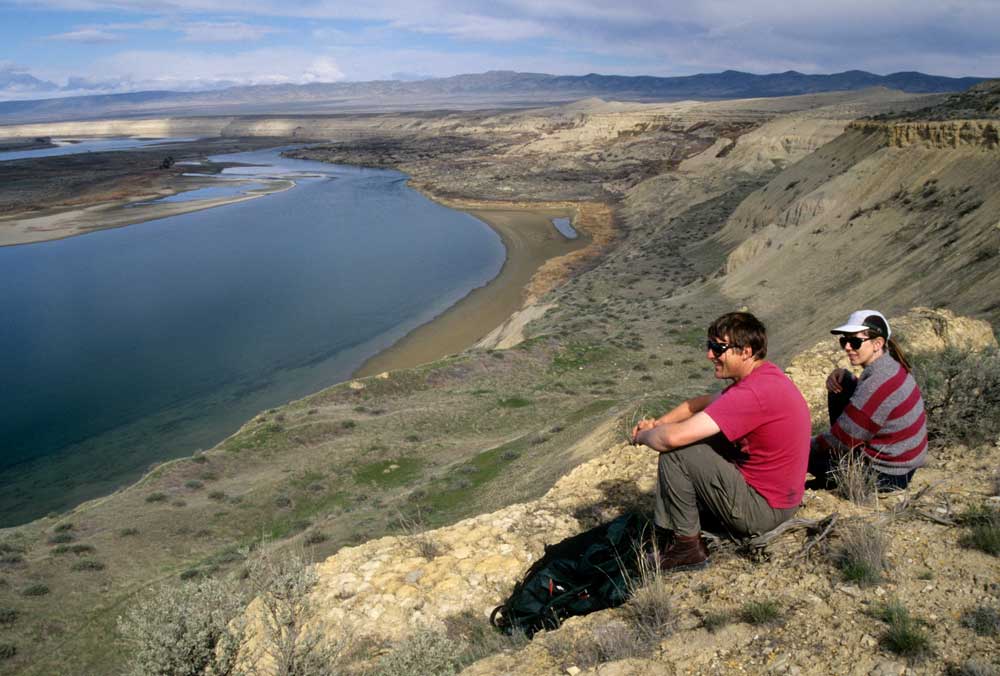 Yakima, Washington, and its surrounding area is a delightful autumn motorhome destination, no matter which way you turn.

Central Washington’s Yakima County, home to the Yakama Nation (yes, two different spellings), rolls out an inviting canvas for motorhome travel, fulfilling interests from outdoor to urban and from restful to rip-roaring. The Native imprint on the land remains strong, with a sizable chunk of reservation land, pictographs, petroglyphs, contemporary art, powwows, an Indian Cultural Heritage museum and a popular casino. The same land that sustained the Yakamas for centuries wins the loyalty and admiration of modern travelers as well.

The white bluffs along the Columbia River are nearly 2 miles wide within Hanford Reach National Monument, which is rustic and wild. All photos by George Ostertag.

As the first people did, visitors travel between the Cascade Mountains and the Yakima and Columbia rivers. Rising 12,307 feet, Pahto (Mount Adams) earns its Native American name, meaning “standing high,” and was the provider of gifts to the Yakama people — clean water, edible plants and wildlife, plus the shelter and bounty of the canyons, forests and valley below. 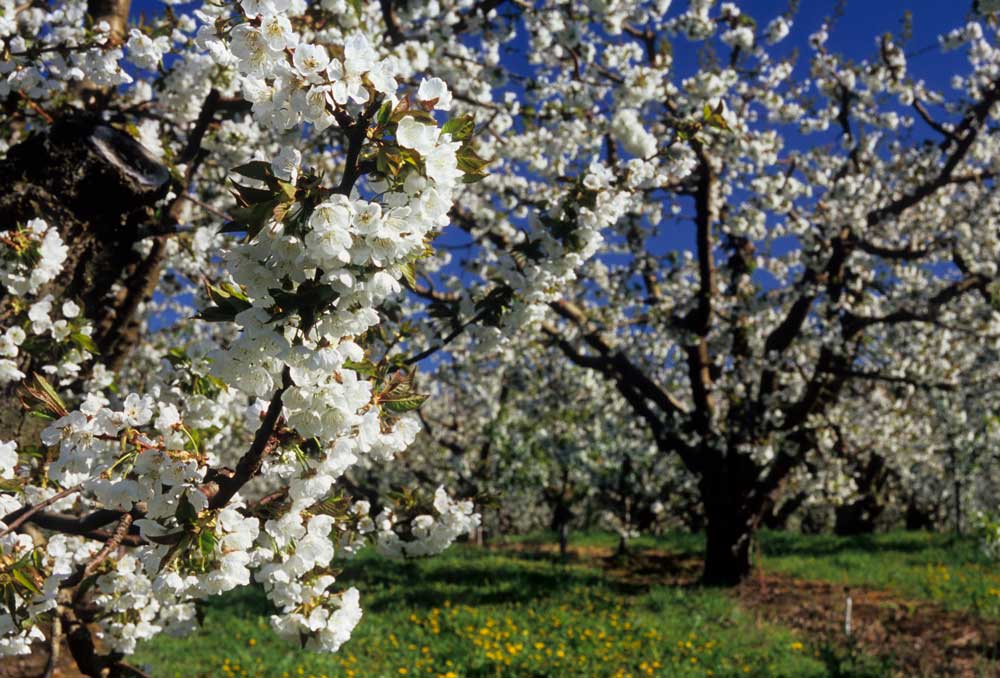 Cherry orchards in bloom are a beautiful sight in Yakima County.

The town of Yakima is urban central for the region and despite its northern location it boasts a remarkable growing belt, favorable for all kinds of cereal grains, vegetables, seeds, fruits and grapes. More than 100 wineries dot the Yakima Valley, with some of the wines winning recognition at competitive and recreational tastings.

Other enticements of town are the agricultural museums, arboretum and a fine network of recreation trails associated with its Yakima River location. Within the 65,000-square-foot Yakima Valley Museum operates an authentic art deco soda fountain.

The Old North Yakima National Historic District and Track 29 echo to the glory years of railroading and attract with bygone charm and shops, including those in authentic rail cars and a restored 1912 railroad depot. Food establishments feature local wines and locally grown products, as well as the spicy cuisine of Mexico. Farmers markets and stands allow cooks to add valley tastes to meals prepped in the motorhome galley. 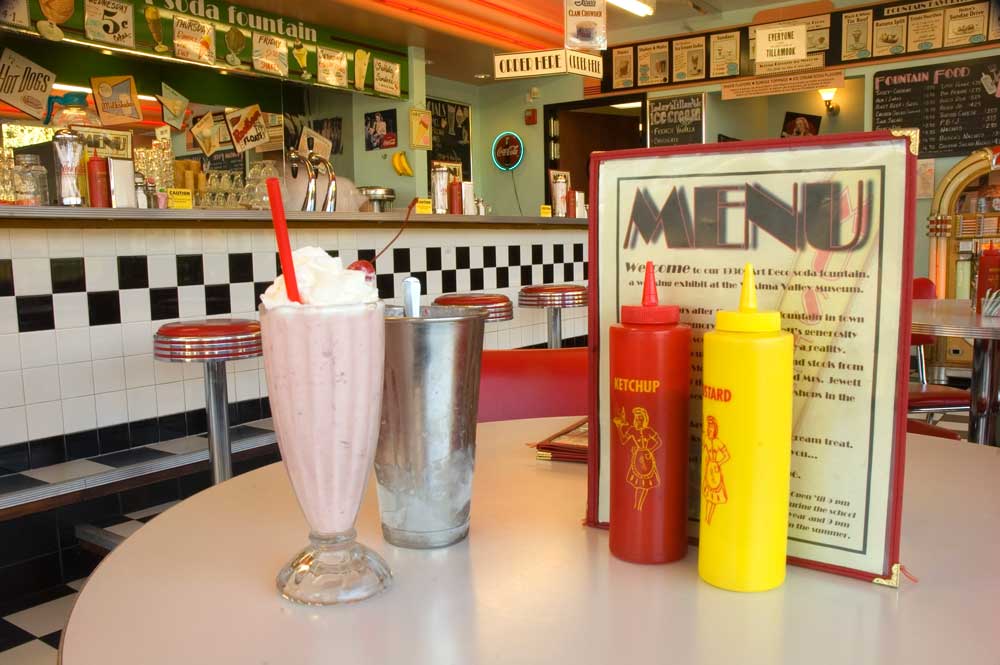 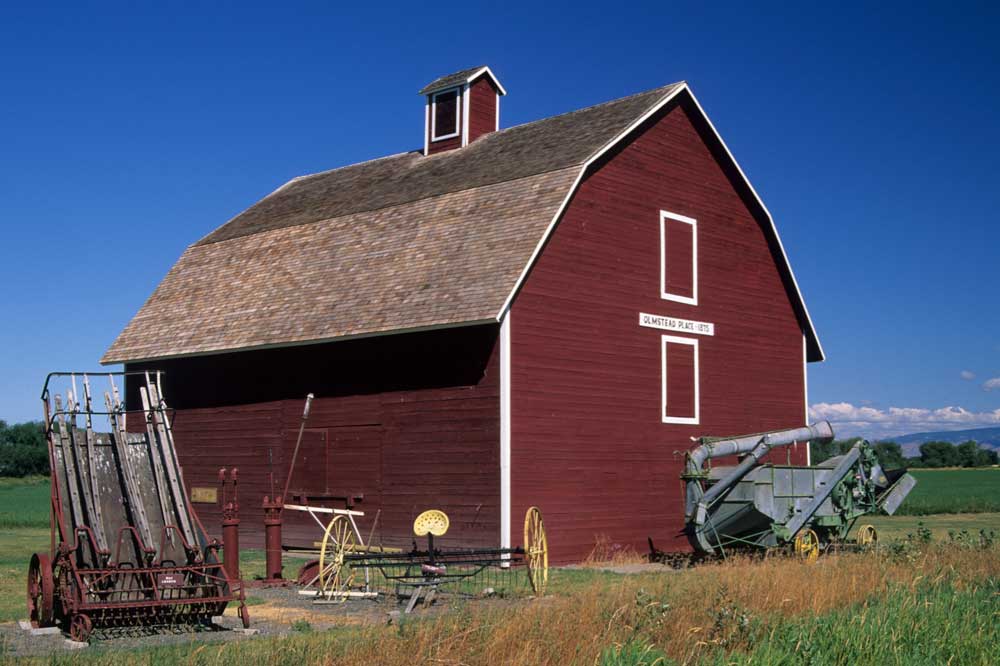 Within about an hour’s drive of Yakima, side trips introduce the smaller towns of Ellensburg, Toppenish, Prosser and Othello and serve up opportunities for hiking, fishing, wildlife-viewing and sightseeing. Yakima is also an eastern gateway to Mount Rainier National Park. When traveling by the compass needle, views change dramatically and frequently. 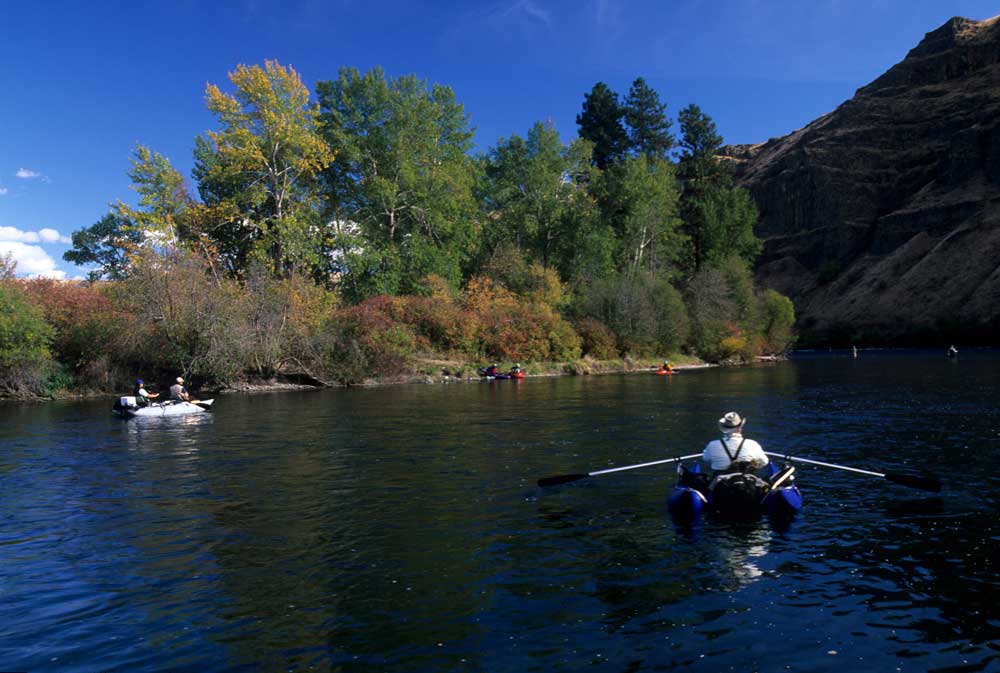 Catch-and-release trout fishing is very popular on the Yakima River.

An alternative to Interstate 82/U.S. Highway 97, the Yakima River Canyon Scenic Byway (State Route 821) offers an 18-mile-long picturesque river passage between Yakima and Ellensburg. The twisting high-cliff canyon prescribes slow travel; turnouts suggest leisurely views. Although you may encounter a trucker now and again, most haulers avoid the route, opting for the freeway. Twice each spring, the road is closed to traffic for a carefree family bike ride or marathon. 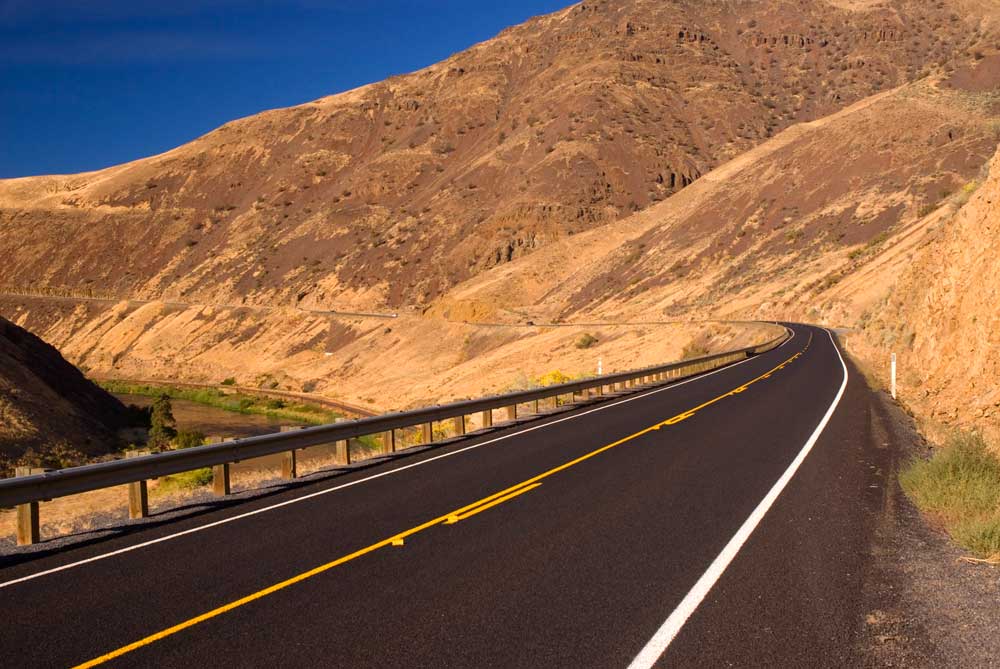 Each byway bend holds a new prospect. Midway, suitable Bureau of Land Management campgrounds suggest drawing out the stay and sitting out under a starry night. Blue-ribbon catch-and-release trout fishing and hiking are popular, as are relaxing and photo-taking. 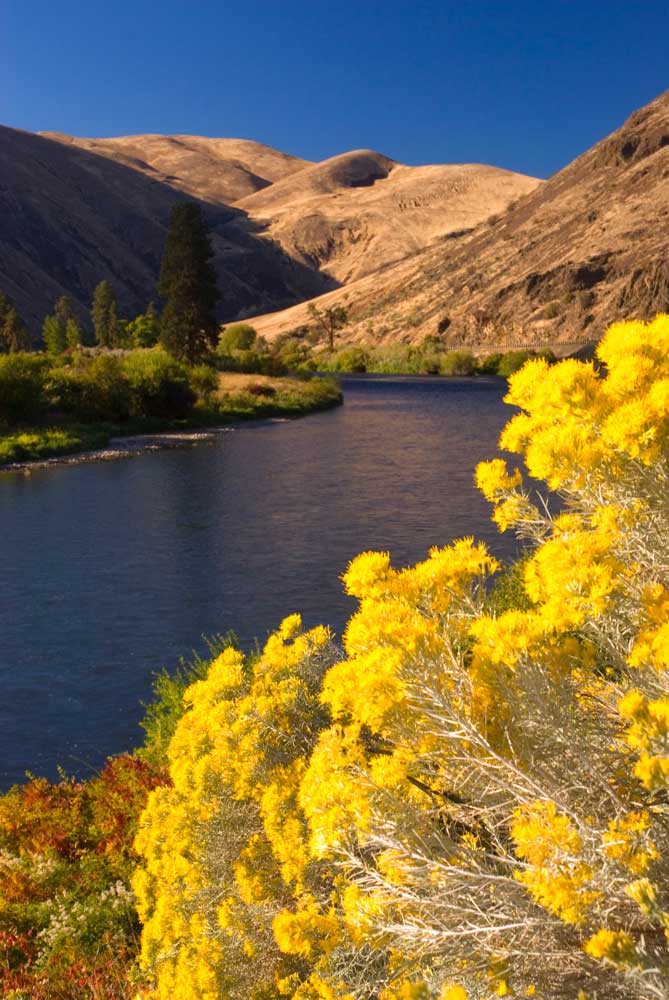 A pedestrian suspension bridge over the river at Umtanum Creek Recreation Area launches a hike up the thin side canyon of Umtanum Creek, where bighorn sheep occupy the heights. A keen eye and binoculars or scope are required. Search for curved horns against the skyline. Peregrine falcon, deer, elk, mountain lion and rattlesnake also favor the wild realm. 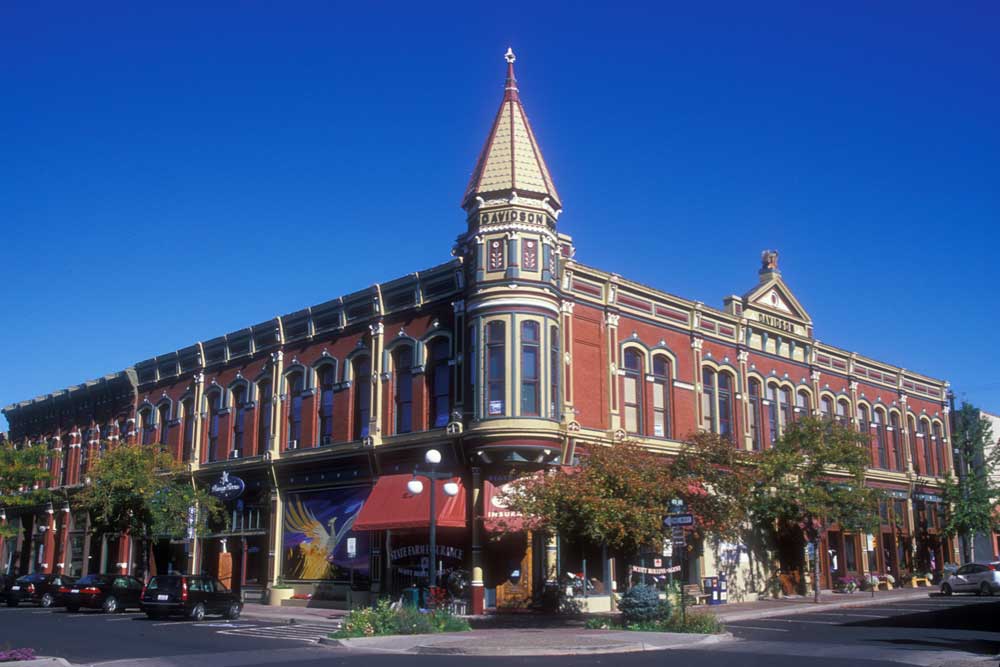 The 1890 Davidson Building is one of the landmarks in the town of Ellensburg.

At the northern end of the byway sits Ellensburg, a charming cowboy town in the heart of timothy hay country, which fashions its celebrations around quilts and rodeos. The town, home to Central Washington University, features some beautiful, old brick buildings, including the 1890 Davidson Building. The brick district traces to the town’s early bid to become the state capital. 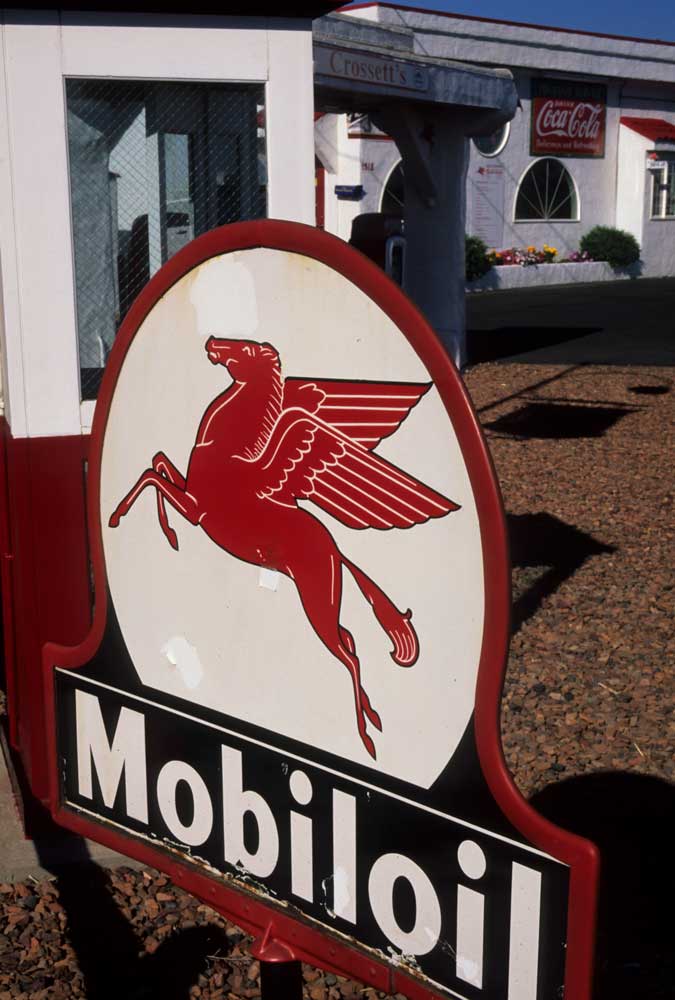 Elsewhere, turn-back-the-clock establishments hark back to the 1950s, when road travel was king and diners were the call of the roadside. For cycling, the 250-mile-long John Wayne Pioneer Trail (a rail trail) strings past Ellensburg.

By driving Interstate 90 east from Ellensburg to Vantage on the Columbia River, you follow tales of geology and hydrology, passing from verdant to parched habitats, from green to dusky palettes. At Ginkgo Petrified Forest State Park, logs of stone reveal the forest diversity of long ago: ginkgo, redwood, gum, sycamore, walnut, elm and fir. Petroglyphs rescued from the dam-raised Columbia River feature hunters, wildlife, and geometric and celestial forms.

Study the I-90 skyline for the silhouette sculpture “Grandfather Cuts Loose the Ponies.” Linked to Native American legend, the artwork can be seen from I-90 viewpoints, about 2 miles east of the Vantage Bridge over the Columbia River. 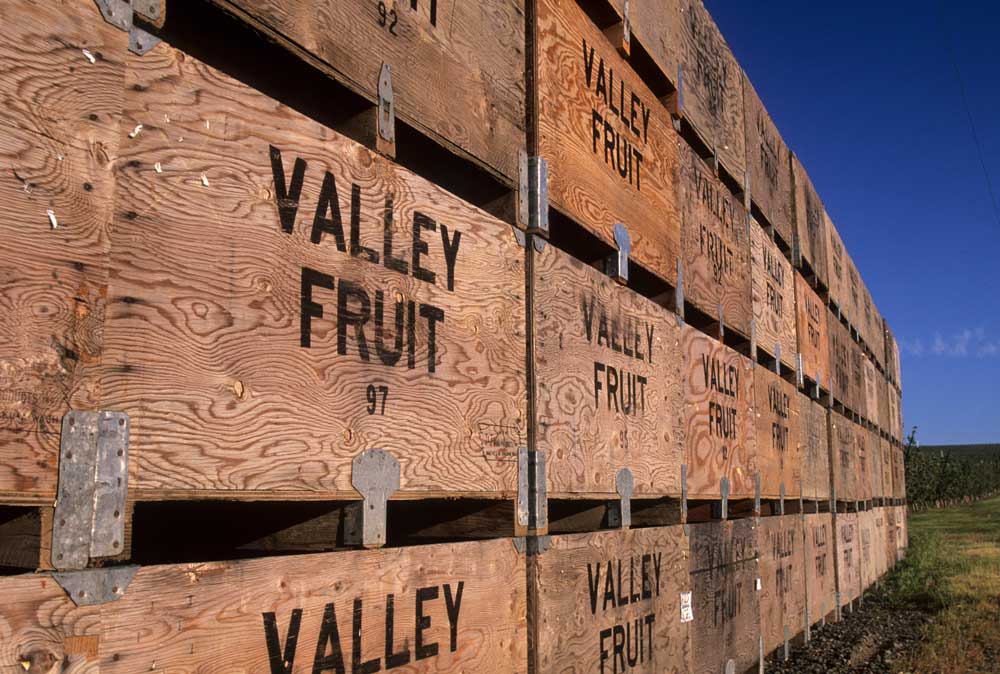 En route to or from Vantage, the pioneer era beckons at Olmstead Place State Park. This day-use park welcomes picnicking and strolls through the old farmstead with its barn, log cabin, farmhouse, historic tools and gardens. Old-time events may extend the acquaintance.

South on U.S. 97, in the middle of the Yakama Indian Nation, Toppenish is home to the Yakama Nation Cultural Heritage Center museum, one of the oldest Native American museums in the U.S. It is also home to the tribal casino, Yakama Nation RV Park and wall-to-wall murals. 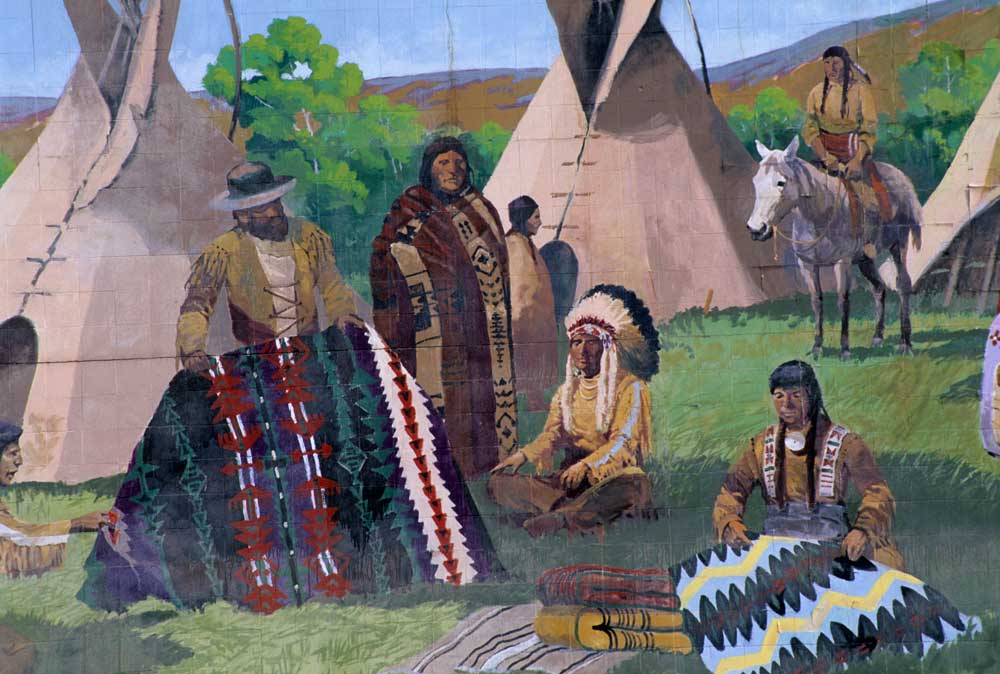 Each June, at least one new mural joins the outdoor gallery. More than 75 — some up to 100 feet long — tilt heads. The art depicts the Old West, years 1850 to 1920, with everything from blanket-trading to hops-harvesting to roundups. Viewing is self-guided or by narrated horse-drawn wagon tour (for a fee). Shops peddle Western wear and art, and the Western theme continues with summer rodeos. 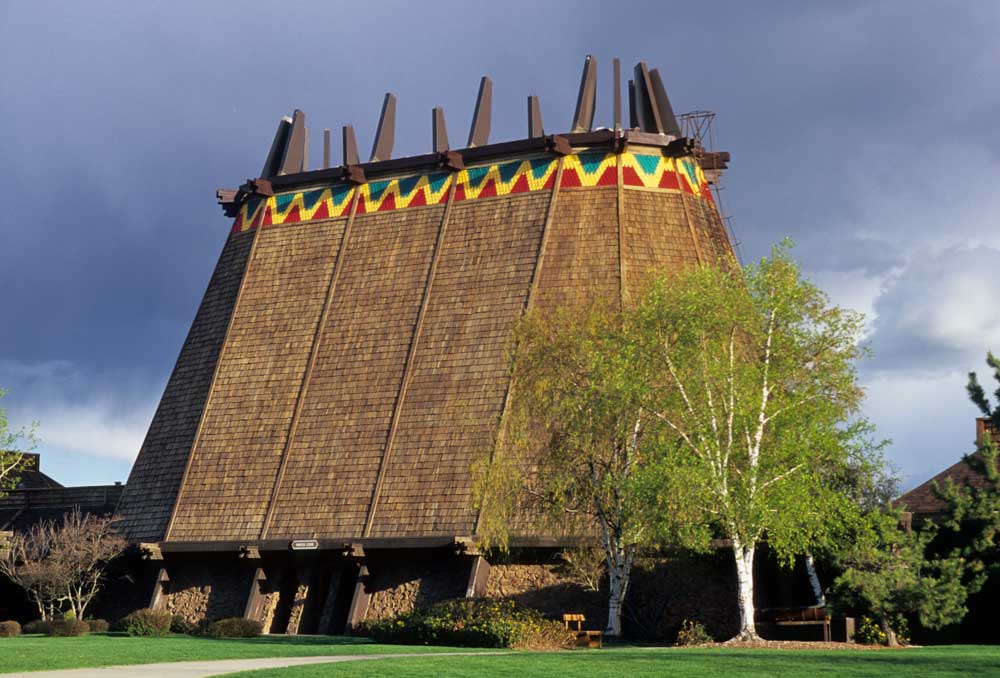 In the tradition of Native American oral history, the heritage center museum tells the Yakama story from their perspective (a voice that is not often heard in early historical accounts) and includes amazing artifacts, photographs, dioramas and exhibits. The story flows from presettlement through the reservation-Indian-agent era to today.

Powwows throughout the year bring together the Yakama people. In traditional regalia, they carry on the customs of family, community, music, dance, honor and generosity. Visitors are welcome at the parades, the powwows’ grand entries and drum and dance competitions, and the rodeos.

Elders and warriors hold places of honor in the grand entry. Beautiful beadwork, sacred eagle feathers and fringed leather garments passed down from generation to generation earn awe. Every little girl is a princess in her finery. Dances, both freestyle-and-whirling and methodical-and-slow-stepping, pair to the beat of the drums.

June marks Treaty Days, the annual celebration of the Treaty of 1855, which established a permanent homeland and secured tribal hunting and fishing rights. The parade takes place in Toppenish, while the powwow and rodeo take place in White Swan to the west. 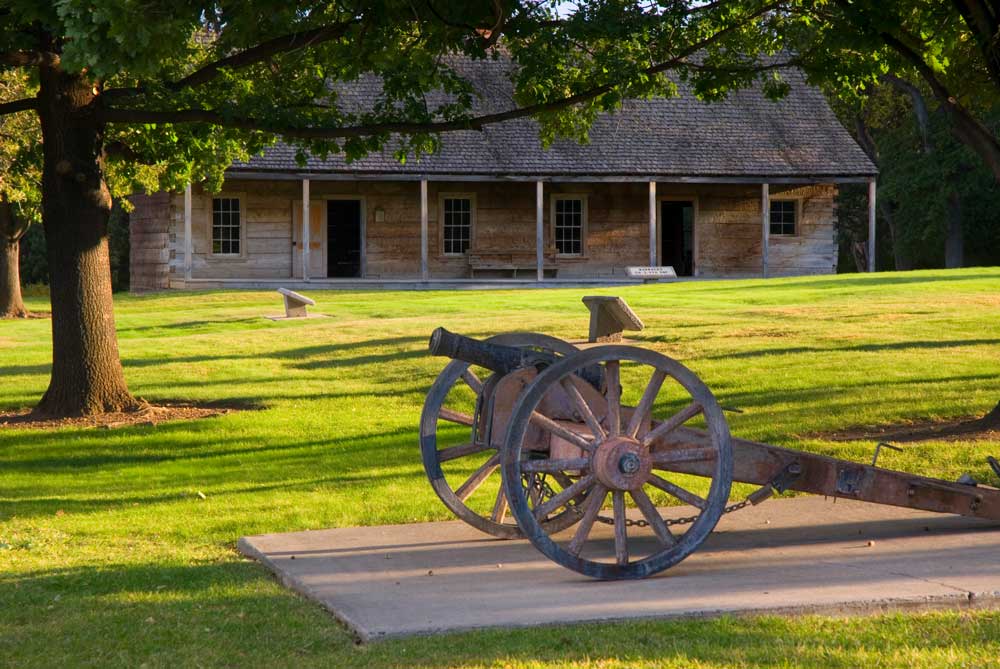 The Fort Simcoe Historical State Park site was a Native American trading center prior to 1850. 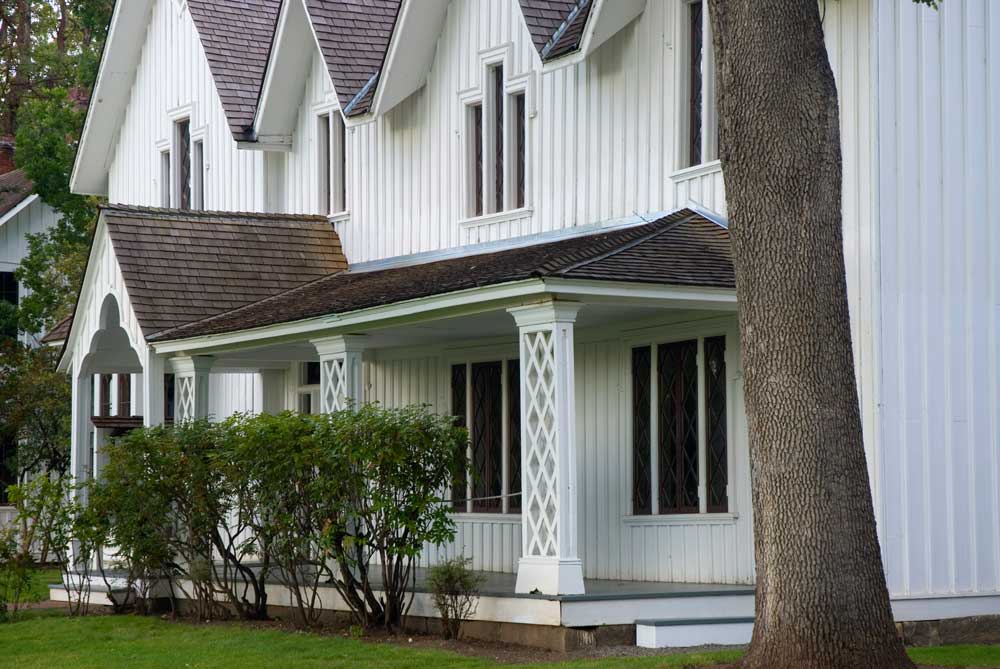 The marsh-wetland and arid-shrub flat of Toppenish National Wildlife Refuge, southeast of Toppenish, attracts birders with waterfowl, swallows and songbirds, all of whose migrations are constantly swelling in ranks. 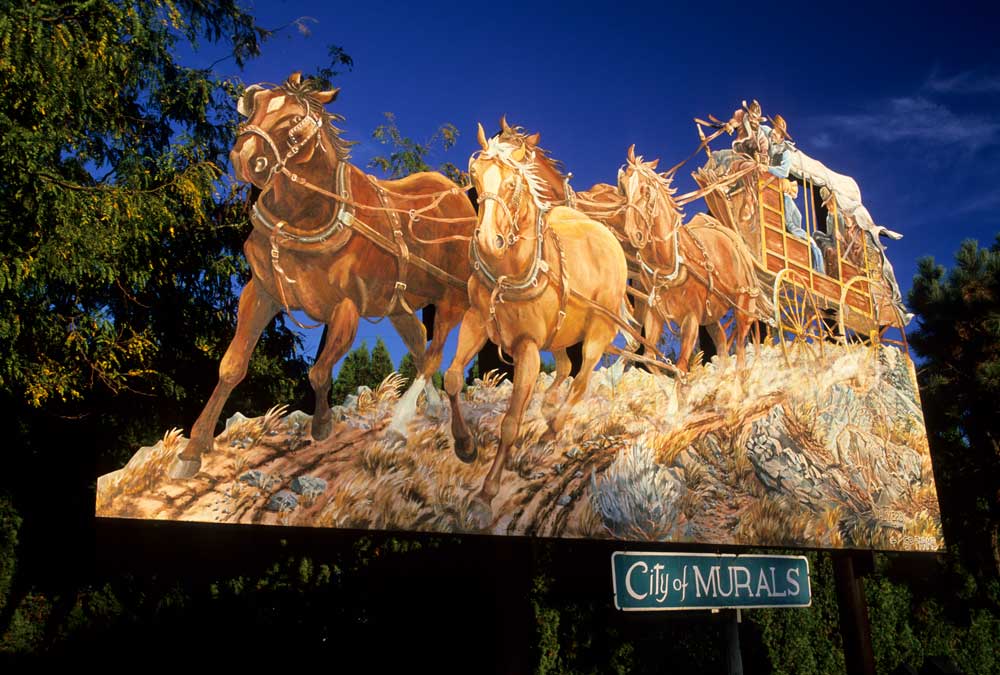 Toppenish is known as the City of Murals.

Southeast of Yakima off I-82, below Horse Heaven Hills, Prosser invites with wine and the annual Great Prosser Balloon Rally in late September, drawing up to 30 hot-air balloonists. Views from sky and ground are stunning, with the long rim of Horse Heaven Hills, golden slopes, verdant valley and glistening Yakima River. When you add in a rainbow-colored balloon, what’s not to love? 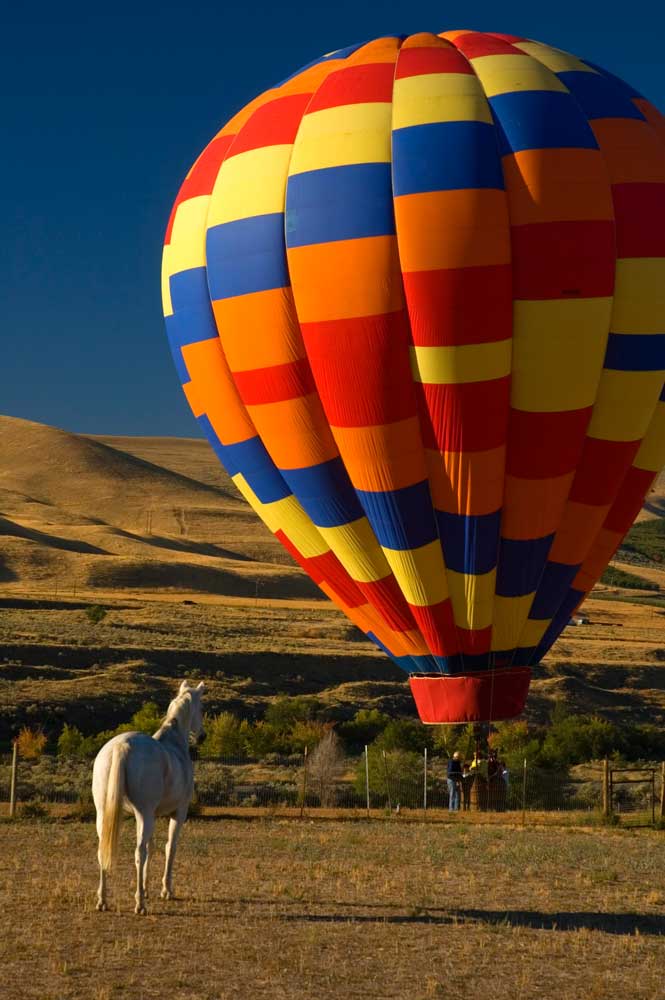 Up to 30 hot-air balloons take off during the annual Great Prosser Balloon Rally in late September.

At tastings, developed (and developing) palates can weigh subtle differences in the Yakima Valley wines, as well as enjoy regional food pairings. For the less spirited, Chukar Cherries wins over guests with its signature dried fruit and other delicacies.

To the east sits Hanford Reach National Monument and Othello. Hanford Reach owes its start to atomic energy and the production of plutonium. Reactor B sits just outside the monument, which is largely a do-it-yourself, undeveloped or rustic-access wild land. It’s a place for white pelicans and golden eagles and for spectacular scenery: white bluffs, arid expanses and the free-flowing arc of the Columbia River. Fishing for salmon, steelhead, walleye, bass and sturgeon is popular here. Historically, this was an important Native American fishing ground. 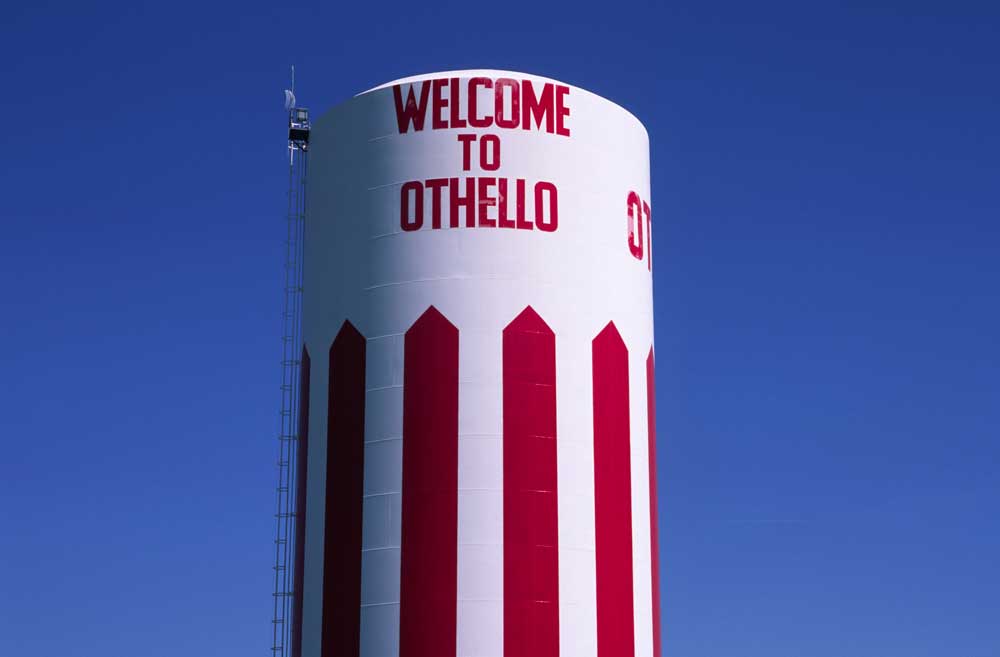 Othello, off State Route 26 near Columbia National Wildlife Refuge, is birding central on the Washington scablands — an arid, rocky terrain shaped by ice age floods and interspersed with agricultural land and wetlands, great for birds. Sandhill cranes are celebrated each spring at the Sandhill Crane Festival. Look for the bird’s elegant extended-neck-and-feet profile at sunrise and sunset and listen for their chortling calls.

This direction holds the forested and alpine heights of the Cascade Mountains and two of its volcano peaks: Mount Adams and Mount Rainier. The former occupies the heart of the Yakama beliefs, with much of its eastern flank within reservation boundaries. While the mountain huckleberries belong to the Yakama people, they generously open their trails to hikers, permit required. Elsewhere, U.S. Forest Service lands offer access. 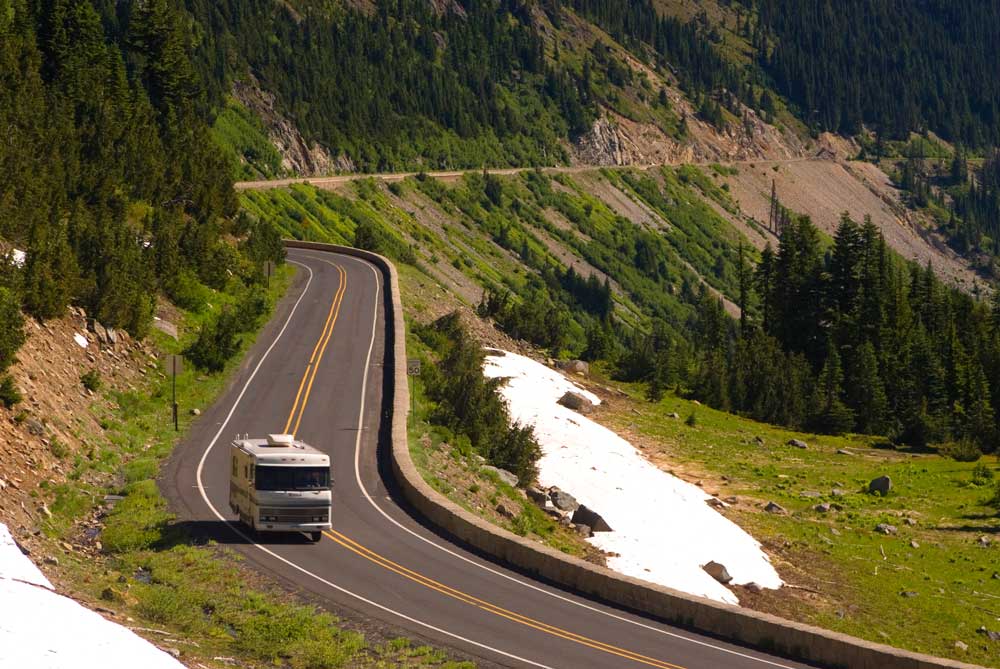 Mount Rainier National Park applauds the tallest volcano in the Cascade Range and is world-renown for outdoor recreation and sightseeing. Just getting there you have the beauty and attractions of the Naches and Tieton rivers and Wenatchee National Forest.

When next in Yakima, see where the compass takes you. 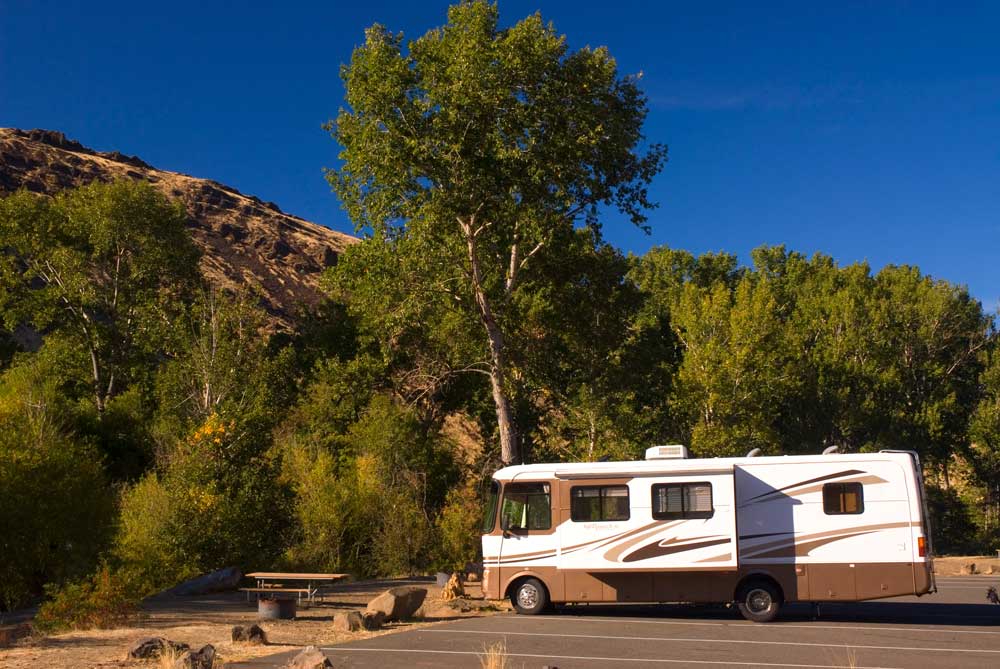 Motorhome at a campground along the Yakima River Canyon Scenic and Recreational Highway.