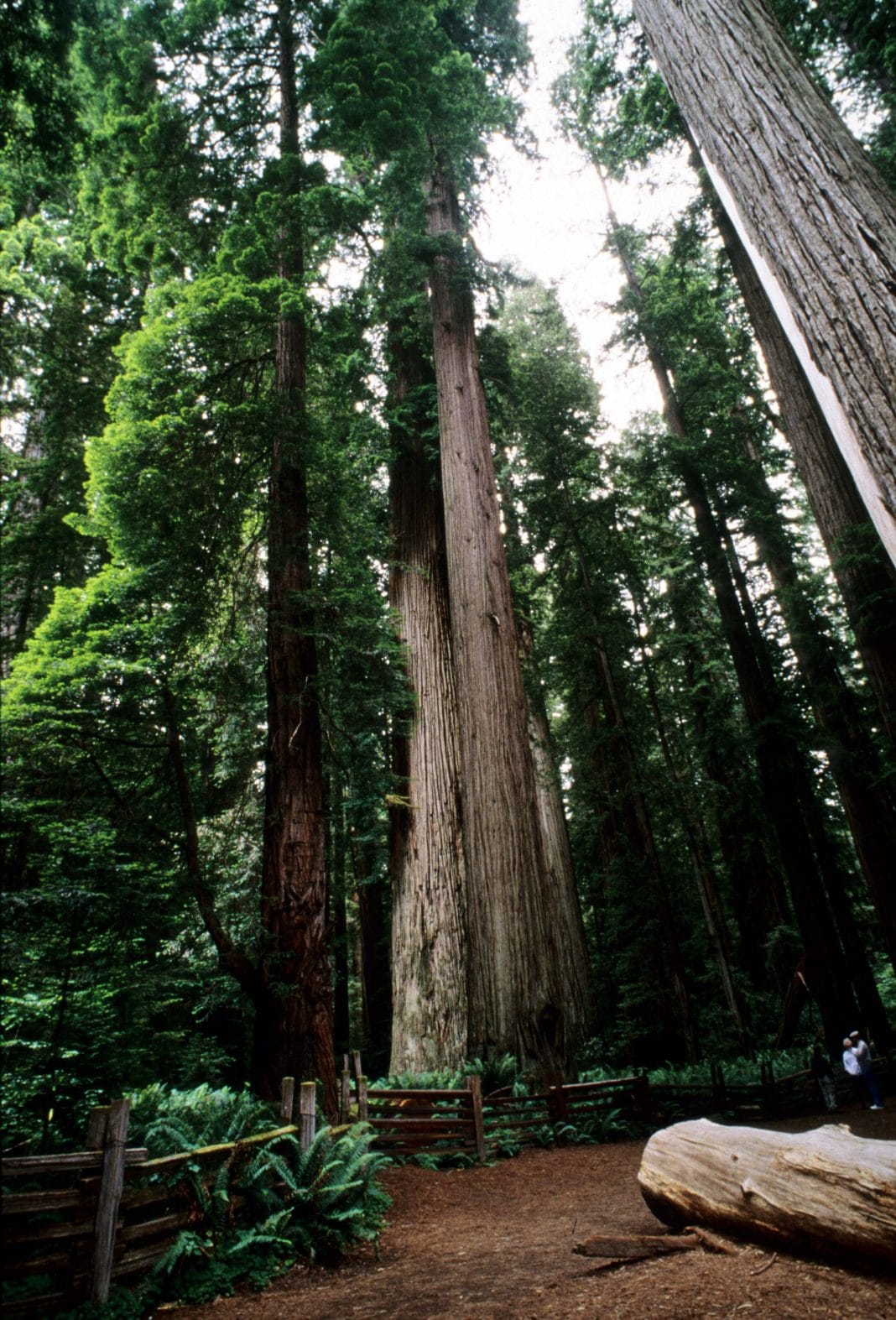 Visitors need not understand where one park ends and another begins to appreciate the cooperative management effort that allows one national park and three state parks on the western edge of Northern California’s Coast Range to function as an enormous and fascinating tourist destination. In 1923, Prairie Creek, the first of the state parks created to protect the world’s tallest trees, the Coast Redwood, was created, followed by Del Norte in 1925 and Jedediah Smith in 1929. In 1968, Congress created Redwood National Park to help preserve the redwoods’ natural setting, including numerous other plants and animals.

Redwood National Park is both a World Heritage Site and an International Biosphere Reserve.

The national park was expanded in 1978, and today visitors can explore the combined 131,983 acres and see rangers in state and national uniforms throughout the interconnected parks. So special is this unbelievably scenic and scientifically significant landscape that it has earned admission into an exclusive club, having been designated both a World Heritage Site and an International Biosphere Reserve.

Since some park roads have vehicle size restrictions,  and campgrounds limit vehicle length, travelers should plan their visits carefully. The parks, however, offer numerous activities on varied terrain, so visitors will likely be able to fill many days in the park, no matter which kind of rig delivers them there.

Anglers can pursue steelhead, cutthroat trout and Chinook salmon in the parks’ streams, and adventurers in canoes and kayaks can explore Stone Lagoon and Big Lagoon or float the Klamath River. Animal lovers will increase their chances to see Roosevelt elk by visiting Elk Prairie Campgroundand Gold Bluffs Beach. Whether perusing the northern sea cliffs or the southern bluffs, birders are likely to spy brown pelicans, ravens, jays and crows but may also see rare murrelets. And campers should properly store food to avoid interaction with black bears.

As appealing as the other attractions are, the national park is named Redwood for a good reason. Visitors should hike among these giants, feel their powerful silence (called a “cathedral hush” by John Steinbeck), then, for vegetative variety, walk the one-mile loop Fern Canyon, along which 40-foot walls of ferns glisten.