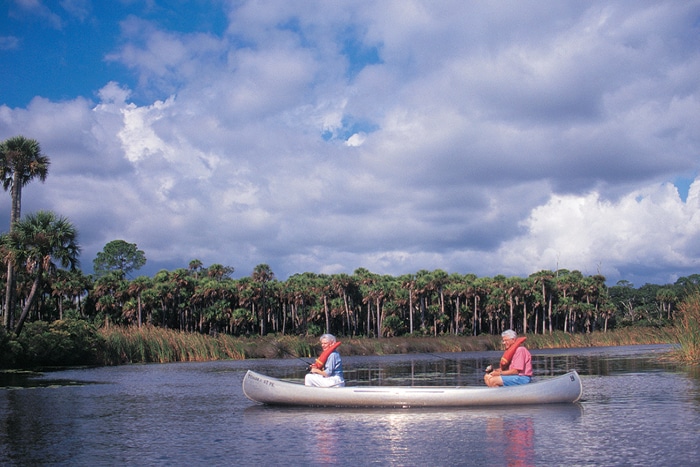 When those first snowflakes start to fall it’s time for those of us fond of traveling The Scenic Route to think about heading south for the winter.

While we told you about Florida’s Black Bear Scenic Byway in the November issue of Trailer Life, it’s far from the only road-less-traveled the Sunshine State has to offer.

With that in mind, here are a couple of other scenic byways I’d highly recommend:

In an era where most Florida beach towns have suffered from rampant overdevelopment, this 36-mile scenic byway is pleasantly au naturel. Starting just south of Flagler Beach, it rolls along the sands that once hosted land speed record attempts before turning inland. Several state parks along the route offer a chance to rent a canoe or visit the ruins of an early plantation. Also a must is a visit to The Casements, the one-time winter home of oil tycoon John D. Rockefeller.

Named for the prominent curve of coastline where the Florida peninsula meets the panhandle, this 220-mile scenic byway is a refreshing alternative to the more touristy parts of the state. Highlights include pristine rivers, quiet beaches, and picturesque lighthouses. There also a surprising amount of history here too, including the quaint “Old Florida” town of Apalachicola with its 200 historic homes and the Natural Bridge Battlefield Historic Site.