The Scenic Route: Looking Back 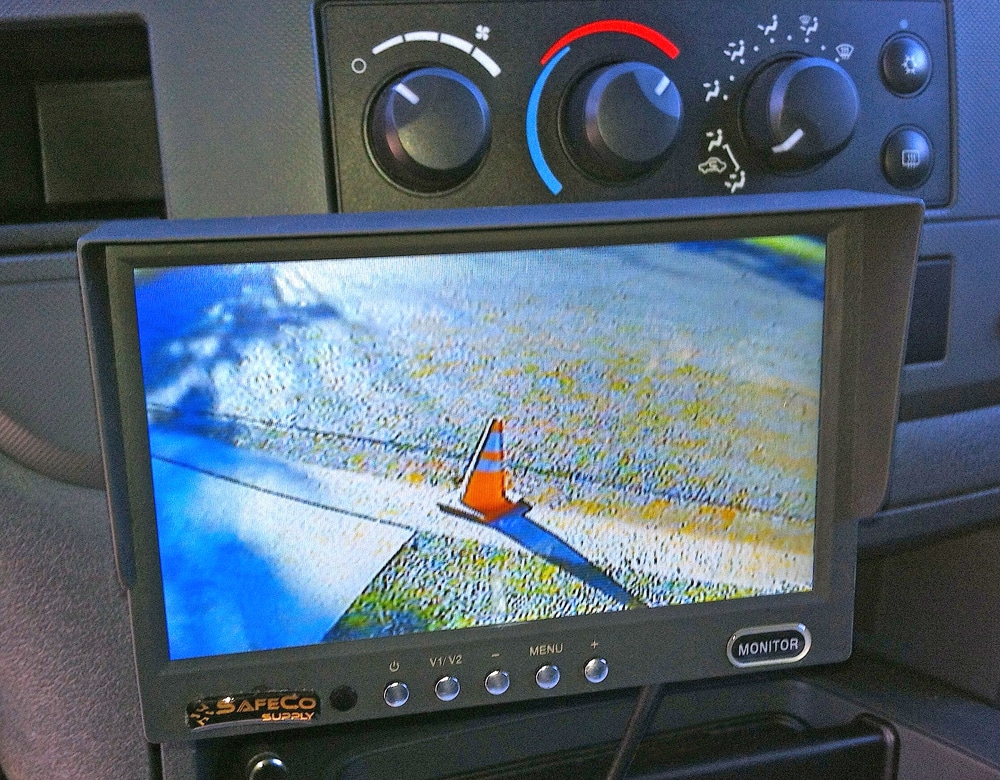 Spend some time traveling The Scenic Route and you’ll find there’s no shortage of inspiring views. But if you’re driving a vehicle big enough to pull a good-sized trailer (like our 36-foot Kodiak 300BHSL), chances are you have some major blind spots regardless of whether you’re towing or not.

The solution, of course, is a rearview camera system. We mounted the SafeSight SC9002 model camera from QualityMobileVideo.com on the back of our ARE DCU truck cap and now have an unimpaired view of what’s behind us via the seven-inch color monitor installed on our pickup’s center console.

After using a number of these systems over the years, here are a few things to consider before buying your first rearview camera:

 Look for a kit with the largest monitor you think you can squeeze into your cab. The larger screen size means you won’t have to squint to make out details.
 Keep in mind that, all other things being equal, TFT LCD monitors generally offer the clearest picture.
 Buying a monitor with inputs for multiple cameras (see below) is also a good idea even if you don’t plan on adding more than one right away.

 Look for a system with a rearview camera that features a CCD image sensor as this technology provides superior image quality.
 It’s also important to choose a camera with the widest field of view (usually measured in viewing angle from 90 to 180 degrees) possible to help minimize blind spots.
 Be sure the rearview camera model you’re looking at is equipped with built-in infrared LEDs that help improve nighttime visibility.
 Another option are cameras with dual lenses that allow you to switch back and forth between a broad rearview mirror-like image and a straight down view that can make it easier to hitch up the trailer without a spotter.
 Finally, you may want to add a second camera—which are available in both wired and wireless versions—for the rear of the trailer to maximize your visibility while towing