The Scenic Route: iPad Mini Is One For The Road 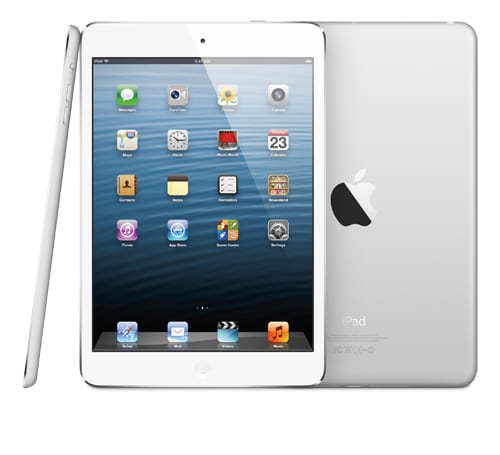 Ask anyone who knows me and they’ll tell you I have a love/hate relationship with technology.  Since we’ve embarked on our year-long adventure along The Scenic Route—where limited space forces us to make choices as to what hardware we can bring with us and what stays at home—this ambivalence has only grown more pronounced.

Take my full-size Apple iPad, for instance.  While I love the big 9.7-inch touch-screen and intuitive interface, the unit’s size and weight—which were no big deal back home on the living room couch—are just enough to make toting it along with my Mac laptop on every trip feel like a bit of a hassle.

Which is a pity, really, because of the large number of travel-friendly and even RV-specific apps available on the iTunes store.  Granted, versions of these apps live on my iPhone, but the phone’s relatively small screen makes using it on the move somewhat impractical.

With all that in mind, when the iPad Mini debuted a couple of months back I felt like the Apple folks had designed it with RV travel in mind.  Now, after putting a 64GB wi-fi/cellular-connected model through its paces for the past couple of weeks, I can tell you this smaller, lighter version of Apple’s ubiquitous tablet is a piece of technology I could learn to love.

Some of the strong points that I’ve found make the iPad Mini especially well-suited to the RV lifestyle include:

Dimensions:  With a screen that measures 7.9 inches and weighing in at just 11 ounces (a 53 percent weight reduction) the iPad Mini is small enough to fit in a coat pocket, making it possible to take it anywhere.  Besides being more portable, its compact size also means we can be more discrete when we want to, say, pull it out in a restaurant booth to plan our next day’s itinerary.  Finally, the screen is substantially larger than that of my iPhone, making it far easier for my co-pilot to use while we’re bouncing along down the road.

Capability:  The iPad Mini will do the majority of the things most people use their home computer for, from checking email to updating their Facebook status to getting driving directions.  While it’s true the touch-screen design doesn’t lend itself particularly well to work-related tasks requiring a lot of typing, adding an aftermarket keyboard and appropriate apps goes a long way towards minimizing this shortcoming.

Usefulness:  From my experience so far, I can tell you I’m fairly well convinced that the iPad Mini handles all those recurring situations that RVers face on the road brilliantly.  In addition to the general tasks noted above, we’ve used apps for everything from finding recommended RV parks to locating gas stations with the lowest prices on diesel fuel to sussing out what food options are located at the next exit.

In the coming weeks I’ll run down some of the apps and related hardware we’ve found useful in adapting the iPad Mini to an RVer’s life on the road.  Till then, let us know what uses you’re making of new mobile technology in your travels along The Scenic Route.