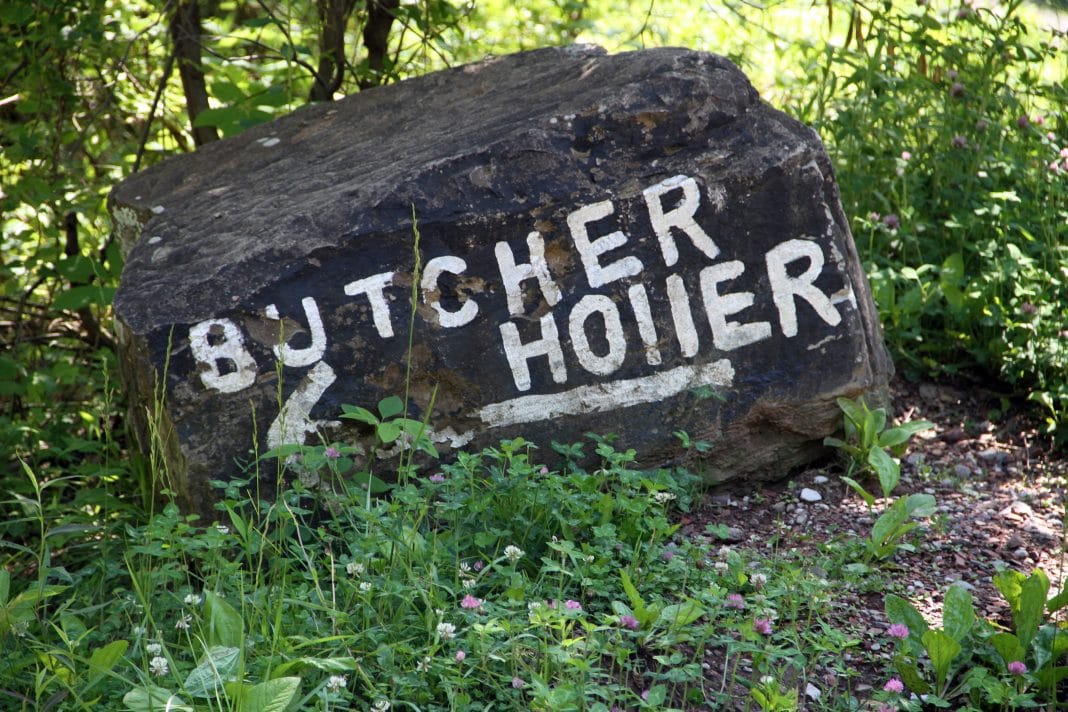 Whether it’s singing along to a favorite CD as we pull our Kodiak 300BHSL trailer down the road or strumming the guitar around a campfire, music is a big part of our travels along The Scenic Route.  Which got me to thinking about the only one of the National Scenic Byways program’s 150 federally-designated routes that honors a distinctly homegrown musical genre.

That, of course, would be eastern Kentucky’s aptly named Country Music Highway.  Winding through the hills of Appalachia, this 144-mile byway celebrates the region’s musical roots which have spawned countless country stars over the years, from Loretta Lynn and Bill Monroe to Patty Loveless and Billy Ray Cyrus.

The famous cabin at Butcher Holler was a great country inspiration.

Among the high points country music fans won’t want to miss is the Kentucky Paveillon which features an enormous collection of memorabilia from the likes of Minnie Pearl, Ricky Skaggs and Dwight Yoakam.  Further down the road, don’t miss stopping at Butcher Hollow to see the rustic cabin that inspired Loretta Lynn’s classic album Coal Miner’s Daughter.

For a list of the Bluegrass State’s other scenic routes, check out the Kentucky page on byways.org.