The Scenic Route: Coming To Your Senses 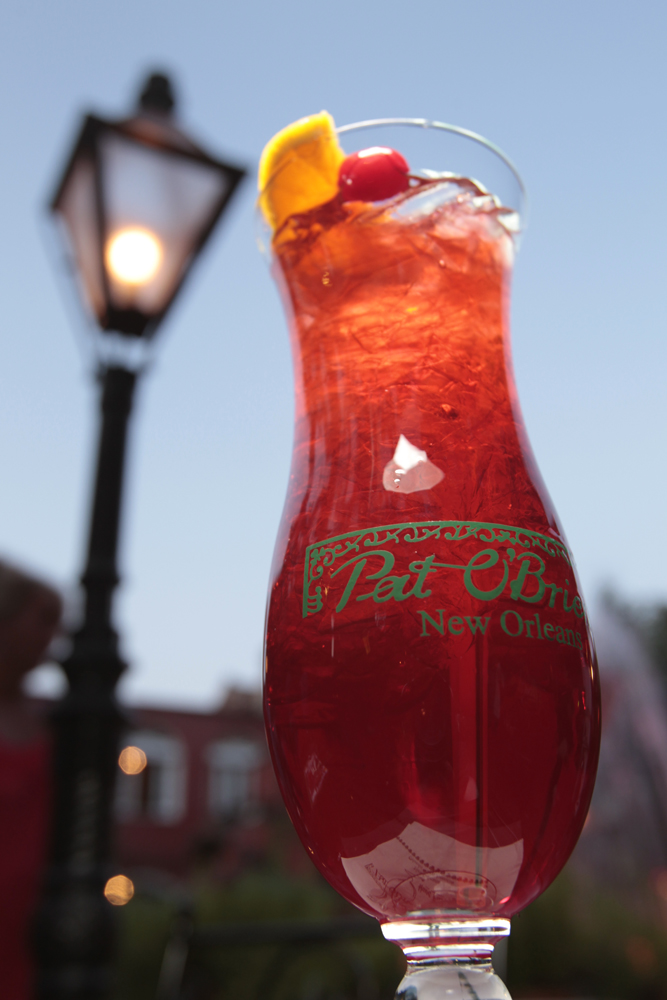 Having just related the pleasures of traveling one of my favorite scenic byways—Louisiana’s section of the Great River Road—in the February issue of Trailer Life, I find I’m still in a Big Easy state of mind.

Now, if you’ve never spent time in New Orleans, that may seem like an odd sentiment.  To which I can only reply that, having lived in The City That Care Forgot  for several years, I find this is one of the few places I’ve ever been that stays with me long after I’ve left town. As for a rational explanation for this enduring attraction, well, there isn’t one.  I’ve always just chalked it up to something in the air here.

If pressed, however, I’d point to the irrepressible joie de vivre you’ll find everywhere you look.  Much like the pleasures offered by traveling The Scenic Route, New Orleans engages all of our senses in ways that are rarely possible at home.  Which I’d argue is exactly what most of us are really searching for when we hitch up the trailer and hit the road: The chance to experience life and the world around us just a little more deeply.

Must See
I don’t need to tell you about pleasures of strolling the French Quarter, so I’ll point you to the Steamboat Natchez, the Aquarium of the Americas and the National World War II Museum.  For something a little more exciting after the sun goes down, allow me to suggest a ghost tour or a cocktail tour.

WARNING: Muffalettas can be addicting.

Must Taste
For me, New Orleans is all about the food. Beignets at Cafe du Monde (get them to go and eat on the nearby Moonwalk’s benches overlooking the river), the muffuletta at Central Grocery, shrimp creole, crawfish etoufee, red beans-and-rice…I’m drooling just thinking about it all.  To get a little taste of almost everything, check out the daily jazz brunch at the Court of Two Sisters.

Must Hear
Okay, okay—those of you who said “Hey, New Orleans is all about the music” won’t get much argument from me.  Instead of pointing you to the obvious music venues, the best advice I can  give you is to check out WWOZ-FM 90.7 —a station that plays the depth and breadth of local music—for their daily Livewire music calendar. 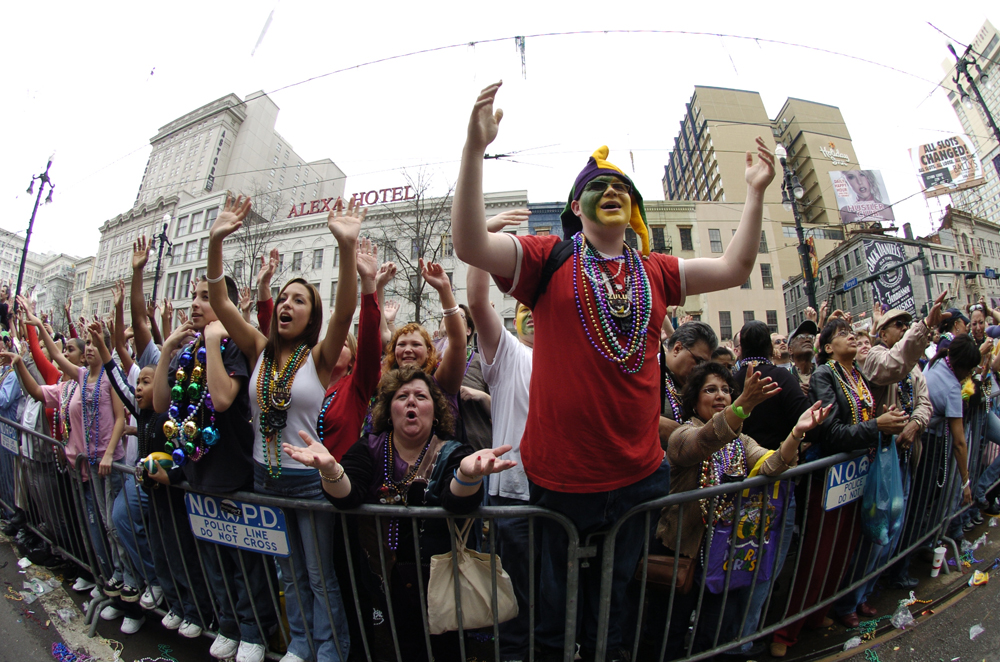 We've all done it and you will too: Yelling 'Throw me something' at a Mardi Gras parade.

Must Feel
Perhaps the strangest feeling you’ll have in New Orleans—and don’t think that it won’t happen to you—is when you find yourself screaming “Throw me something mister!” hoping to score some of the cheap plastic trinkets thrown from Mardi Gras parade floats.  Only slightly less strange is the sensation of excessive glee you’ll feel when you’ve successfully snagged said baubles.

Must Smell
The Big Easy is one place where you can truly follow your nose. The scents that stand out in my memory run the gamut from the sublime, like camellias blooming in the Garden District, to the mundane such as the distinctive scent of the Steamboat Natchez’s engine room, a fragrance that probably hasn’t changed much since Mark Twain’s riverboat days.