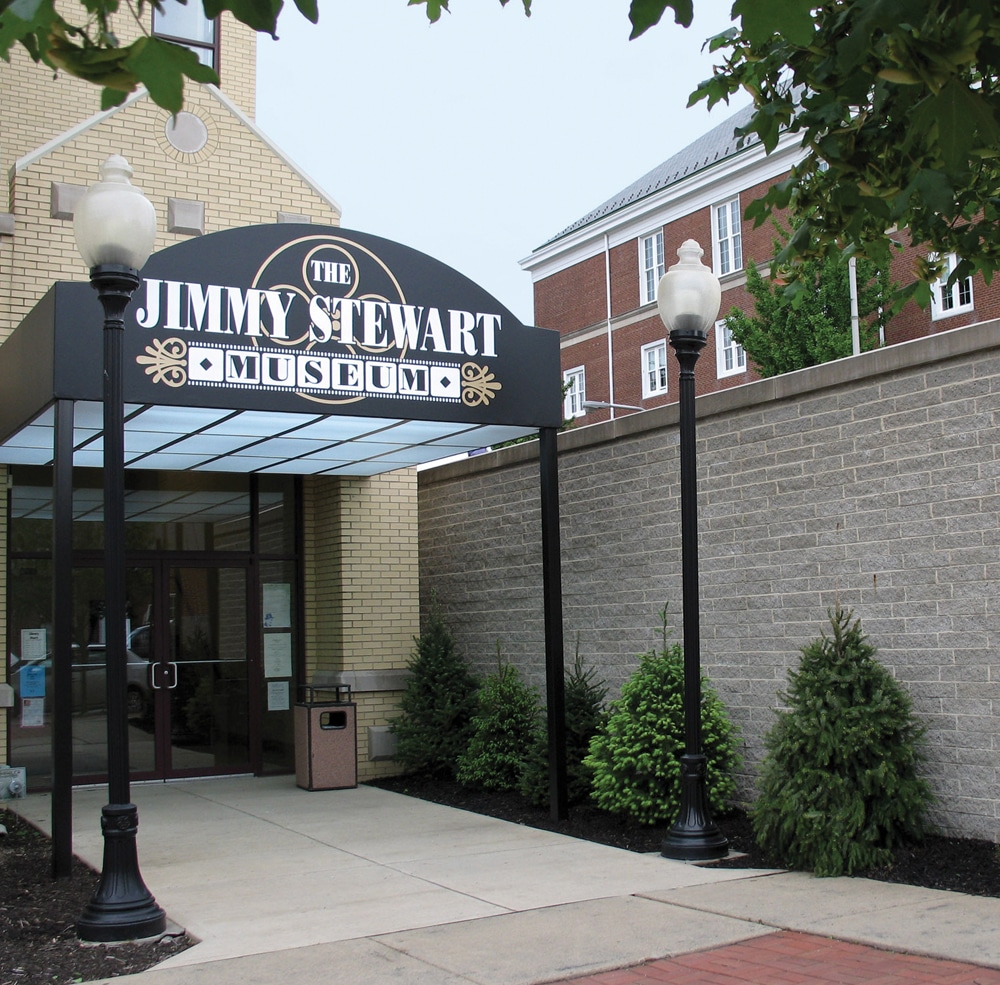 Situated in Indiana, Pa., the Jimmy Stewart Museum opened in 1997 and is devoted to the life, career and memory of famed actor James Stewart. Born in 1908, Stewart grew up in Indiana, Pa., as the oldest of three children and went on to appear in 92 films, television programs and shorts throughout his life.

Stewart attended Princeton University where he was a member of the Triangle Club, performing shows and getting his first taste of acting. Although he earned a degree in architecture, he never pursued it; instead he chose acting.

Shortly after college, Stewart lived in Hollywood and shared an apartment with Henry Fonda. Stewart’s film debut was The Murder Man in 1935 with Spencer Tracy. Three years later he appeared in You Can’t Take It With You, which won an Academy Award for Best Picture and earned Stewart a taste of fame. In 1939, Stewart starred in the well-known movie Mr. Smith Goes to Washington and received his first Academy Award nomination. But it wasn’t until 1940 that he won his first Oscar, for his role in the romantic comedy The Philadelphia Story.

Though his career was skyrocketing, Stewart enrolled in the U.S. Air Force in World War II from 1941 to 1946. Throughout his military career, Stewart’s discipline and hard work earned him the title of colonel by the war’s end. Once he completed his service, he didn’t waste any time getting back into acting. His first postwar film was the Christmas classic It’s a Wonderful Life.

Visitors can learn more about the beloved actor at the Jimmy Stewart Museum among a variety of photos, movie posters and memorabilia including his 1949 Bendix plane trophy, the front door to the Stewart home in Beverly Hills as well as select WWII military uniforms. Though Stewart himself was never able to make it to the museum before his death in 1997, his daughters make frequent trips to pay tribute to their famous father. A 50-seat movie theater plays Saturday and Sunday matinees throughout the year featuring Stewart’s greatest on-screen moments.

Giving an entertaining look at one of Hollywood history’s greatest silver screen stars, the Jimmy Stewart Museum sees visitors of all ages from Stewart’s generation right down to youngsters. Tickets are $7 for adults; seniors (62 and older), military personnel and students are $6; children 7-17 are $5; and children 6 and younger and museum members are free. For more information or to inquire about RV parking, visit www.jimmy.org or call 724-349-6112.