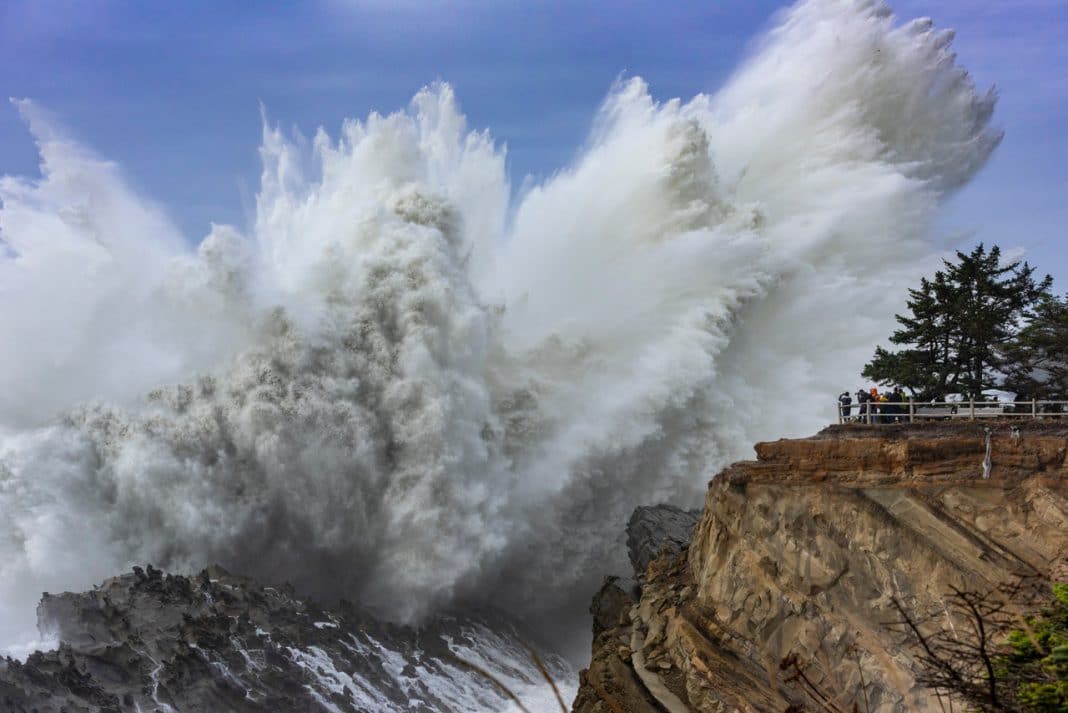 Thundering 25-foot white-frothed breakers crash into the rugged rock formations below the cliff I’m standing atop sending an exploding spray of saltwater a hundred feet high. The powerful impact from the waves generated by a Pacific winter storm hundreds of miles to the north roars in my ears and sends a shudder through the earth below my feet. The next swell rolling in behind it looks even bigger.

Powerful winter storms out in the Pacific send massive swells crashing into the rugged rocks at Oregon’s Shore Acres State Park, sending spray more than a 100-feet into the air. Visitors standing on the cliff overlook locations get a close-up view. Best viewing time is at or near high tide. Photo by Bruce W. Smith

I’m not alone. Dozens of others stand by my side at the Shore Acres State Park overlook, cameras in hand, anticipating the show Mother Nature is treating us to. And as darkness falls, everyone turn around and head across the parking lot to join hundreds of other visitors enjoying another show that’s just as spectacular—the Annual Holiday Lights display in the park’s seven-acre botanical garden. 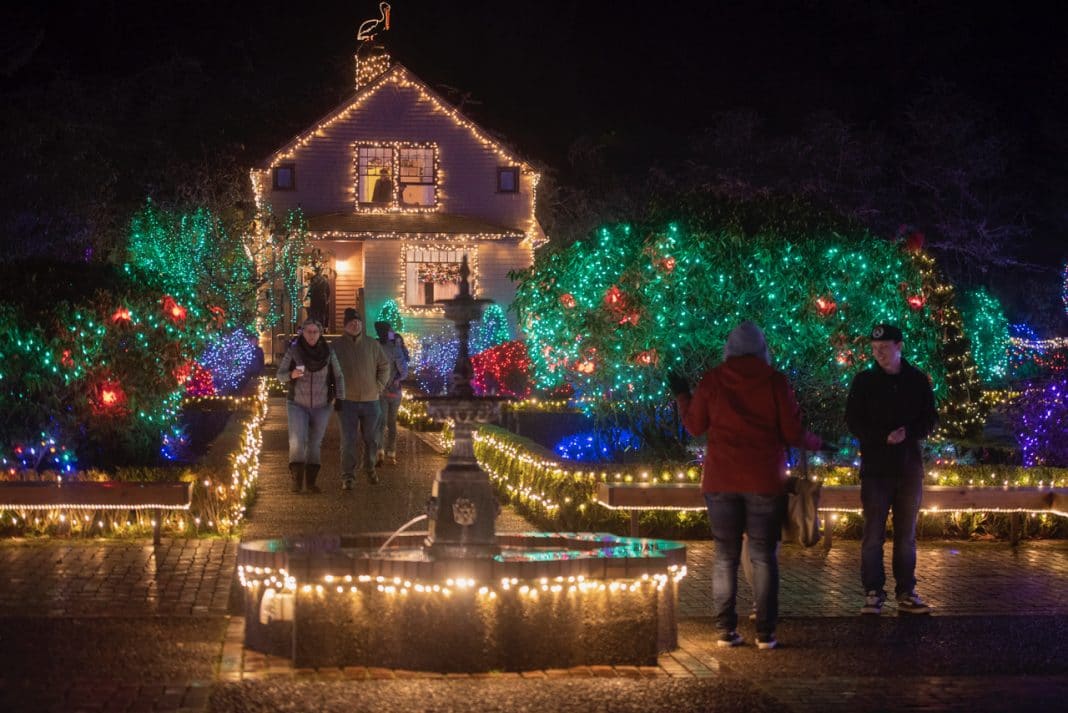 2019 marks the 33rd anniversary where local businesses and groups from the surrounding communities string more than a third-of-a-million Christmas lights along the garden’s walkways, the Japanese lily pond, around the shrubbery, into the trees, and form them into animated displays of whales, birds and local wildlife. 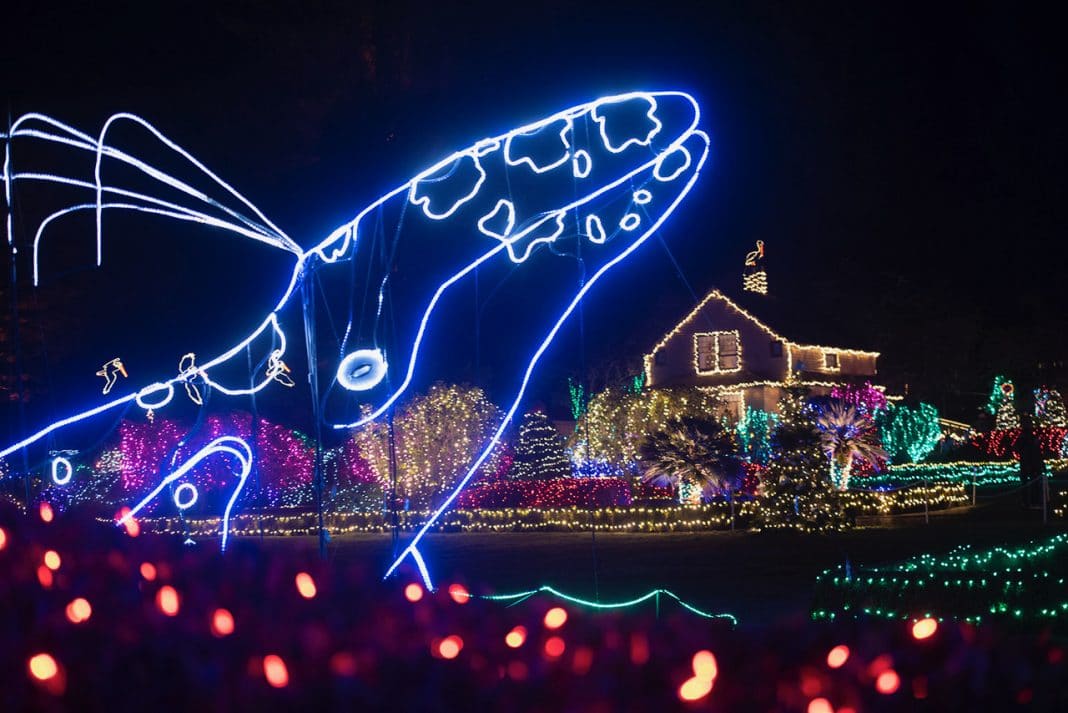 The Annual Holiday Lights display includes numerous animated displays including one of a Humpback whale breaching. The best time to walk the seven-acre botanical garden during the early winter light show is at sunset. The crowds get larger after dark—especially on clear evenings. Photo by Bruce W. Smith

Inside the gardens the roar of the crashing surf is replaced by the soothing sounds of Christmas music and the voices of local choirs wafting over the celebrated gardens. This colorful and breathtaking annual display opens on Thanksgiving Day (Thursday, November 28th) from 4 p.m.-9:30 p.m. each night (including Dec 24th & 25th) thru December 31st. A parking fee of $5, or showing a campground receipt, is all it costs to enter. 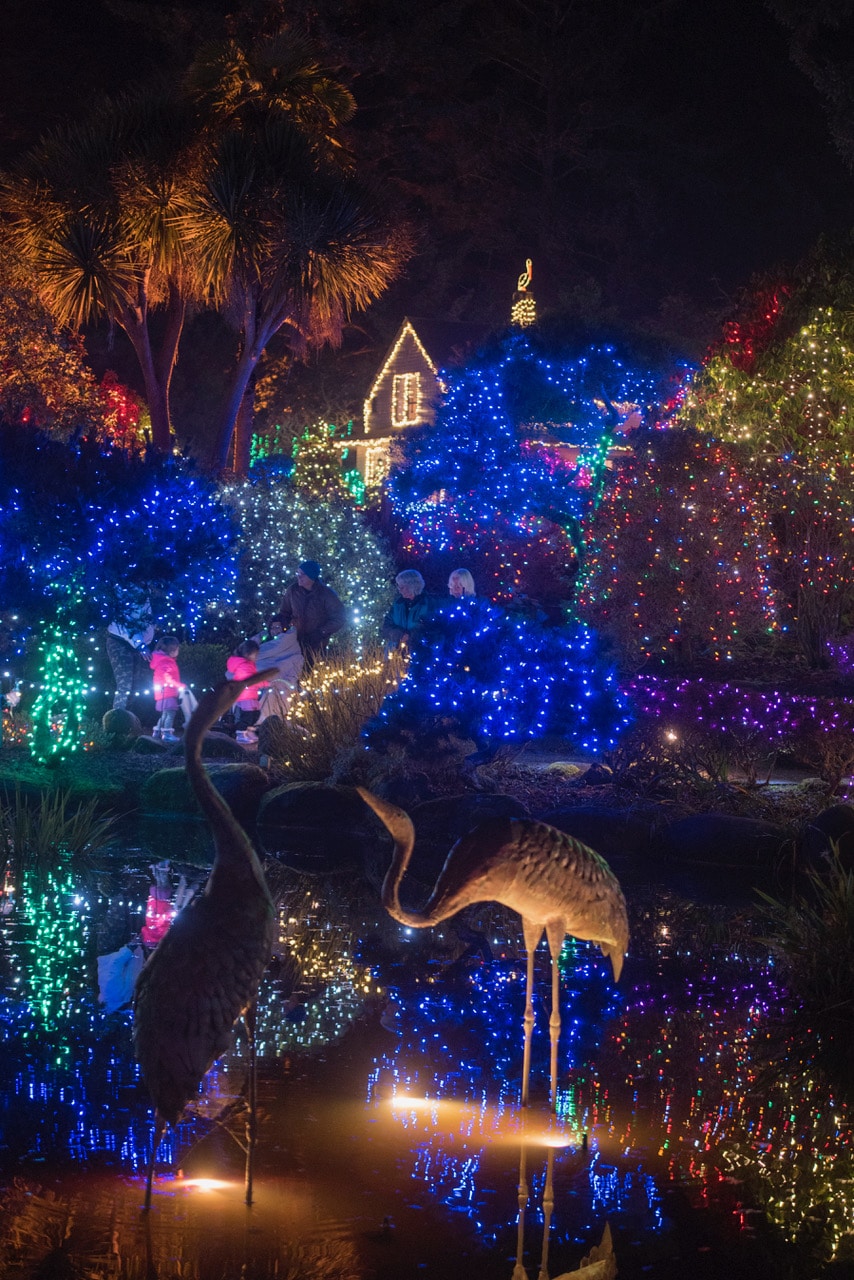 The park was once part of the 750-acre estate and summer home of local timber baron Louis J. Simpson in the early 1900s, which he named Shore Acres. Simpson eventually donated all the land to the state, and RVers who love watching the power of the Pacific Ocean and enjoying beautiful gardens will be forever grateful.

RVers coming to the area for the first time will find numerous campgrounds to spend time exploring the area. The closest to that offers RV camping is Sunset Bay State Park, a mere 3/4-mile from the entrance to Shore Acres. The park offers 29 full-hookups and is tucked in a wooded cove that’s a short walk from the beach. 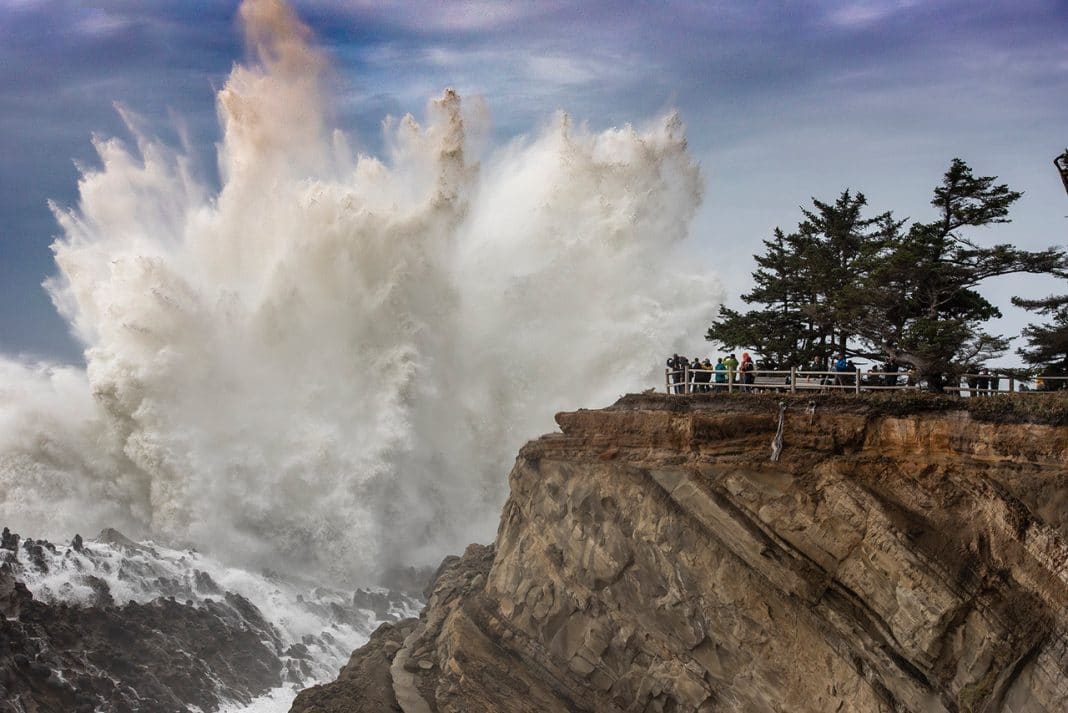 A few miles closer to Hwy. 101 on Cape Arago Highway is Bay Point Landing, a brand new RV campground sitting on the edge of Coos Bay with more than 160 RV campsites and offering top-tier amenities. And for those who want to be closer to gaming, fine dining, and the exploring the towns of North Bend and Coos Bay, the Mill Casino Hotel & RV Park, on Hwy. 101, offers more than 115 campsites that can accommodate up to the largest of trailers. The Mill is just 12 miles from Shore Acres. 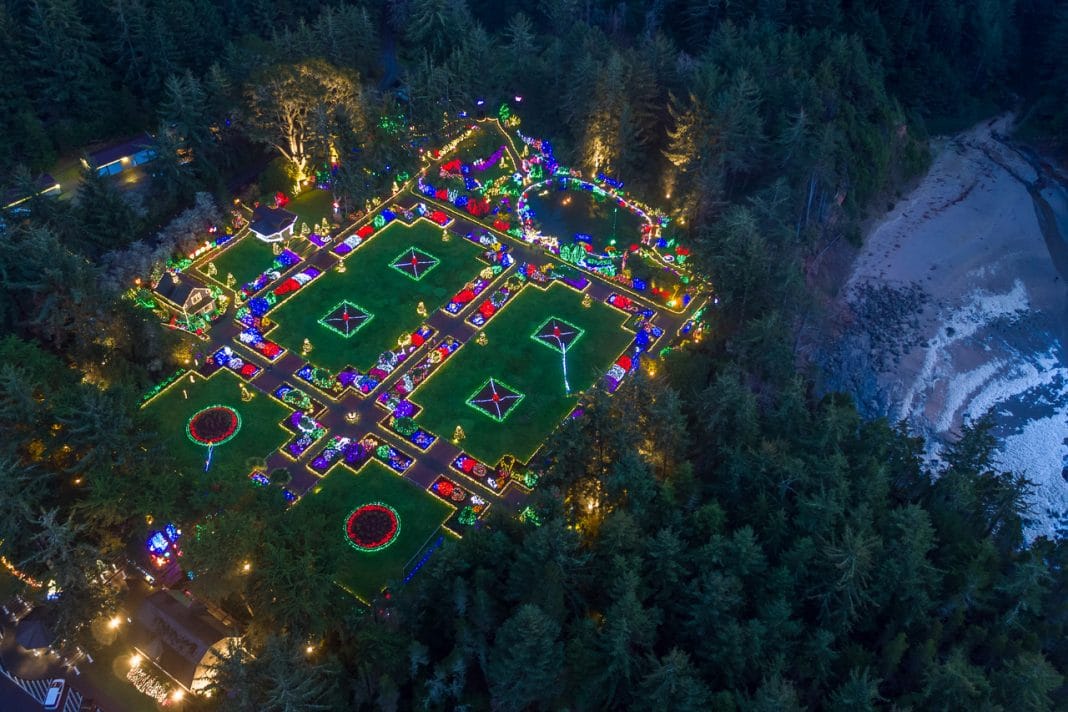 An early winter trek along the Oregon Coast provides sights and sound that are never seen any other time of year. Once you’ve experienced the power of the Pacific Ocean up close and taken in the Holiday Light show and other festivities, it’ll stay etched in the memory bank forever.