The Art of the Deal

1959 to 1968: From humble periodical to publishing empire

Trailer camping was on a roll in 1959, and no one understood that better than Arthur J. “Art” Rouse, whose publishing vision and business savvy made this magazine what it is today. That was the year Rouse took the wheel at Trailer Life and started turning the modest monthly into the preeminent consumer publication for enthusiasts of recreational vehicles — or “RecVs,” as Trailer Life called them in the 1960s.

Rouse, who had been running a Southern California ad agency and looked like he stepped out of an early Mad Men episode, jumped on the RecV bandwagon after borrowing a travel trailer to take his family to Lake Mead in Nevada and Arizona. “I had never been much of an outdoors guy,” he later said, but that first camping trip won him over, to put it mildly. Rouse outfitted his car with a hitch and started living the trailer life full tilt, convinced that if he channeled his passion for camping into his newly acquired publication, readership couldn’t help but grow. 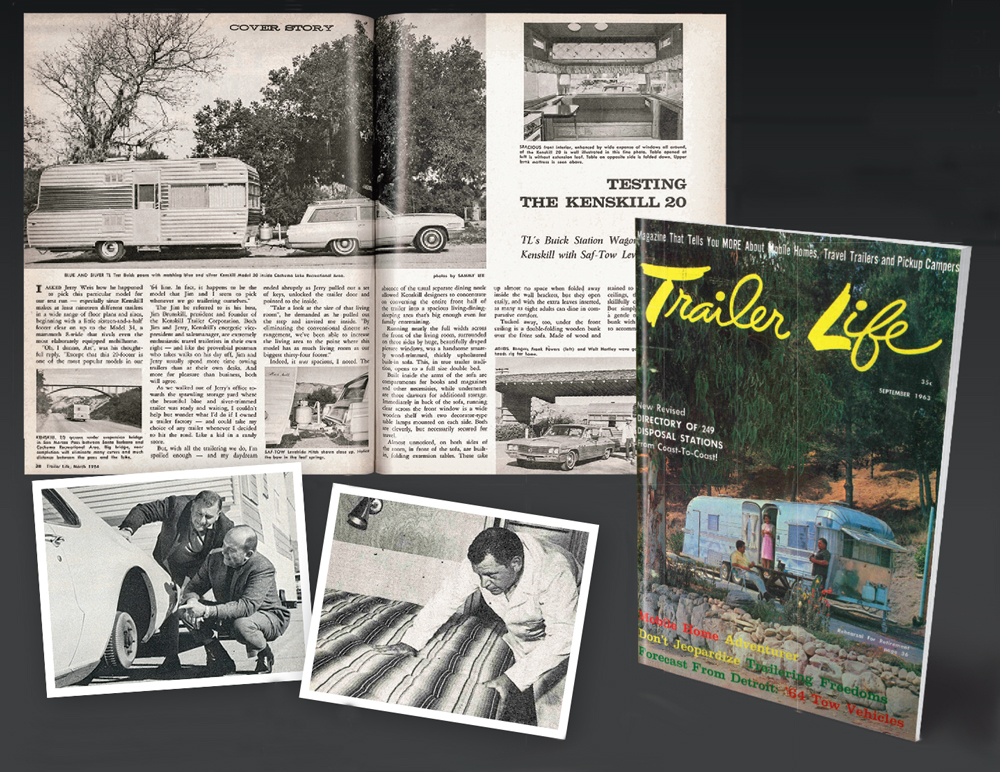 Remembering Art Rouse
(Above, clockwise from top) Rouse hauled a 20-foot Kenskill up California’s San Marcos Pass with a Buick station wagon for a 1964 road test. The previous year’s September cover featured Rouse, his wife, Harriet, and a Streamline Count at Malibu’s Paradise Cove. Both publisher and editor in the early days, Rouse bed-checked a ’59 Lakewood and put the ’67 Toronado through its paces.

Doing double duty as publisher and editor in the ’60s, Rouse tapped a crew of equally driven writers to infuse Trailer Life’s pages with all things RecV. He put new camping vehicles to the test, as well as tow vehicles that even Don Draper would find worthy (remember the “luxury” Oldsmobile Toronado?). He reported on technical innovations, installed the latest devices, shot photos, sold ads and wrote a monthly column, all while tirelessly promoting Trailer Life.

Rouse spent his last dollar buying the magazine. To make ends meet, he enlisted the help of his wife, Harriet, and three kids, paving the way for what would become a family business. As camping on wheels really caught the public imagination, and the RV and campground industries gained momentum, so did Trailer Life, with readership growing more than tenfold in the ’60s.

The timing couldn’t have been better when in 1968 the publisher of a couple of competing magazines — Trailer News (originally Trail-R-News) and Camper Coachman — offered to sell both publications. Rouse, by then sporting what would become his signature mustache, was in a financial position to say yes. In a stroke of luck, the deal included the then-two-year-old Good Sam Club, and, as they say, the rest is history.