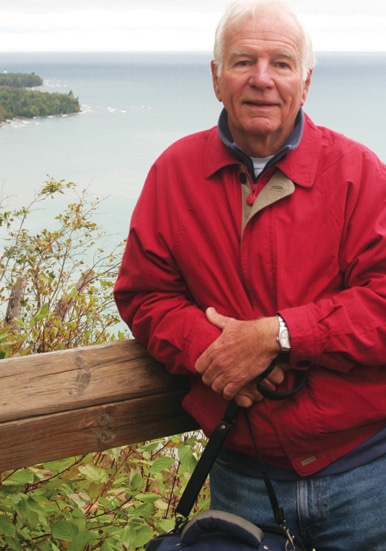 People in Santa Fe, N.M. told me it’s the second oldest city in the United States, founded in 1607. I wondered how that could be when our country is not that old.

Then someone threw me for a loop, “Look at it this way: If I said that you were the oldest person in the room, then you left the room, would that make you any younger?”

It was awkward. “So what is the oldest city?” I asked.

“St. Augustine in Florida,” someone said.

“No, it’s Jamestown, Virginia,” a lady confidently chimed in. That started a debate on the age of settlements back East and where Santa Fe fit into this history.

So we know that Santa Fe is old. The point is that it looks its age, at least in the tourist walkabout areas. Since much of Santa Fe’s appeal is that it is old, they know well here that their future depends on keeping it that way. So they quite successfully work hard to preserve it.

People travel from all over the world to buy art in Santa Fe, NM

Walking up Canyon Road you’ll find a district that has more than one hundred art galleries and studios. Those who create and sell this art have made Santa Fe the third largest art market in the country. From tapestries and rugs to intricate jewelry, they are all sold and often made here. People come from all over the world to buy this art and take it home. Or they buy it and take it to galleries elsewhere, places where you will never find a tag reading, “Made in China.”

Canyon Road is narrow. The placement of houses here reminds me of New England. The front doors open right onto the street, no front yards. Structures are consistently adobe — earth-toned with flat roofs — so that variations in shape give the only relief from the tedious pattern repetition. Trim is generally either white or turquoise.

The art galleries continue into the Railyard District. The first train came in here 1880. The latest one is called the Rail Runner. It’s a flashy looking, double decker that whisks people between Santa Fe and Albuquerque several times a day. Santa Fe is the state capital while Albuquerque is New Mexico’s largest city, which probably justifies the train. The trip takes an hour and half, making it easy to do business here at the seat of government and live in the big city.

The Plaza, established over years 400 years ago as a cool hangout, is the heart of Santa Fe. The focus is a pinnacle monument with engravings that tell of an earlier time, and a bronze plaque that tells of our time of political correctness:

“This monument was dedicated in 1886 near the close of a period that pitted Northerner against Southerner, Indian against white, Indian against Indian. Thus, we see on this monument, and in other records, use of such terms as ‘savage’ and ‘rebel.’ Attitudes change and prejudices hopefully dissolve.”

I appreciated the plaque. Lesser places choose to rewrite history – to erase words, as if the feeling they expressed never existed.

The Palace of Governors takes up the block on one side of the Plaza. This adobe structure, with walls four feet thick, housed the Spanish government that once ruled what is now southwestern United States. The front of the building is where Native Americans gather daily, creating a marketplace for their wares.

The Plaza’s flowering trees and untrammeled lawn make a tranquil place to relax and contemplate the end of a day. Beneath a shade tree, Petra Babankova played her guitar — a fitting complement to the restful ambience of this place.