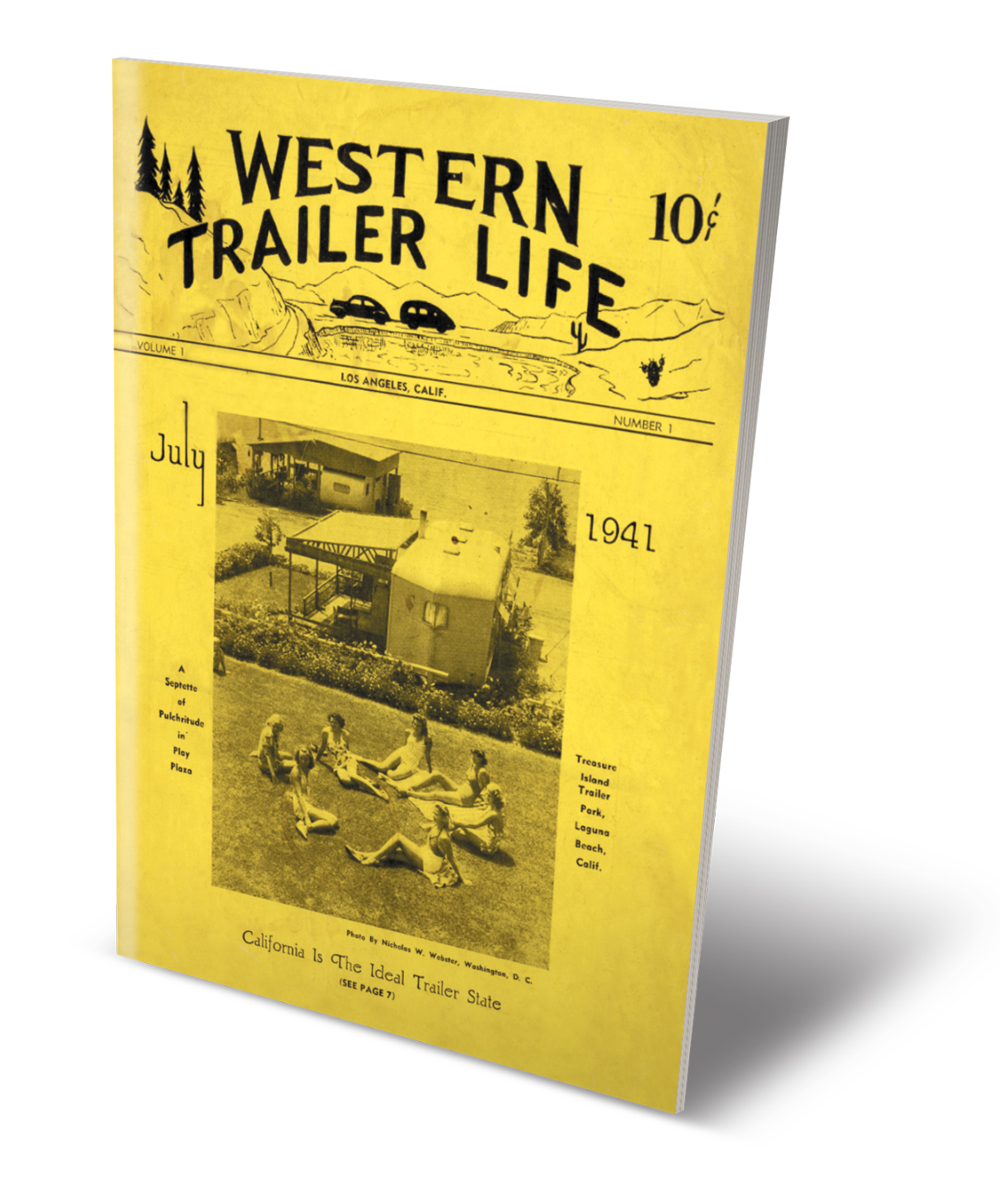 A yearlong tribute to Trailer Life’s 75 years in print

Imagine a time before mobile phones, GPS navigation and satellite TV, or TV at all, for that matter. In July 1941, when the first issue of this magazine — originally named Western Trailer Life — appeared on newsstands and in subscribers’ mailboxes, the big news in RV technology was vacuum brakes, spun-glass insulation, and butane gas for cooking and heating. Of course, in 1941 the term “recreational vehicle” hadn’t been coined yet, much less “RV.” The preferred name was “trailer coach.”

Filling the need for “a regularly issued publication devoted to trailer life and trailer travel,” the modest 20-page debut issue promotes the simple pleasures and cultural significance of what has evolved into the RV lifestyle. “The trailer coach mode of life is no longer a fad,” writes one of the initial contributors, “but well on the way to play as important a role in America … as the automobile.”
In classic ’40s style, one of the writers sports a fedora in his portrait and another looks a bit like Walt Disney. A couple of young women in vintage bathing suits adorn a layout for a Southern California trailer park, and a column for “the more attractive sex” suggests that “seersucker suits and sports clothes are the answer to the trailer woman’s prayer.”
The travel trailers featured in that first issue — Airfloat, Kozy Coach and Silver Dome, to name a few — are now the very definition of “retro.” Advertisements are similarly nostalgic with quaint catchphrases (a jack is “Simple, Safe and Satisfactory”) and old-school slogans (“Tomorrow’s Trailers Today!” proclaims one dealership).

To mark the 75th anniversary of the magazine now known as Trailer Life, we’re devoting a page in each issue this year to the publication’s long history and the parallel evolution of recreational vehicles from tin-can campers to contemporary travel trailers, fifth-wheels, truck campers, toy haulers and motorhomes — the retro RVs of tomorrow.