Rv Tech Savvy: Will There Be Hybrid Or Electric Motorhomes?

I haven’t seen this topic discussed much, but I can’t wait for it to happen: Diesels and gas engines may be going by the wayside. I have always thought that the motorhome platform would be perfect for hybrid propulsion; lots of space for batteries without an engine, lots of space for solar panels on the roof, and it already comes with a generator to provide power for the long haul. Tesla made a big splash with its reveal of the company’s electric semi-truck, and now Freightliner and others are rolling out their own. The semis claim a range of 200-400 miles on a charge, and with a diesel generator as an extender, long trips are possible. I’ve had a coach with eight 6-volt batteries and 4,000 watts of inverter power, and no propane, and I really liked it. Just think of it, roll into or out of your campsite silently. No engine to maintain, no fluids, no hoses to burst, just low-maintenance electric motors. I suspect floorplans would also improve as a lower profile is possible if the engines are gone. I, for one, look forward to the first one appearing at RV shows.

There are many challenges that must be solved before motorhomes go full electric; the main one is cost. The expense of developing hybrid and/or electric drivetrains in automobiles was helped along with government subsidies, and the costs of research and development were spread out across tens of millions of vehicles. This isn’t the case with motorhomes because of the smaller sales numbers. 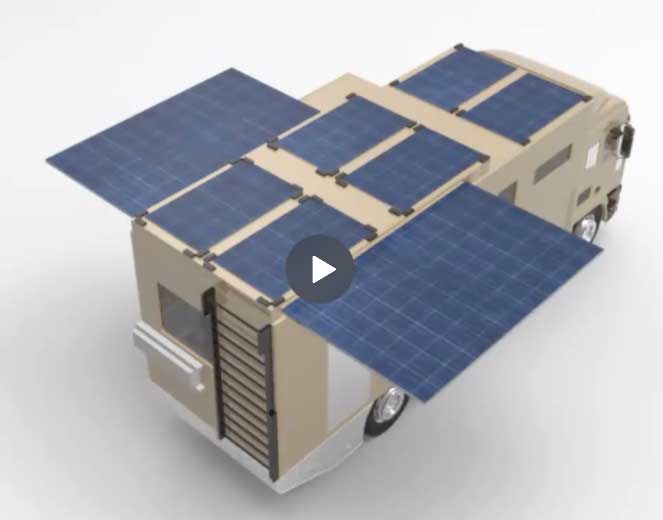 You mention hybrids as not having engines, but by definition a hybrid powertrain includes both an engine and electric drive. As long as the coaches have an internal combustion engine, either gas or diesel, they’re going to need fluids, hoses, etc. The gensets in current motorhomes don’t have anywhere near the capacity to drive a heavy coach, so if they were to be incorporated into a hybrid drivetrain, they would have to be much larger, heavier and costlier. A straight electric motorhome would require higher capacity charging stations due to the power requirements, which exceed automobile needs by several fold.

Winnebago announced a hybrid Adventurer model concept vehicle back in 2009. It was on a Freightliner ecoFREDchassis, with Eaton hybrid power components. This chassis went away with the recession and the subsequent loss of cash flow in the industry. It was a bad time to introduce a hybrid motorhome chassis with high cost and only modest economic benefits. There are some niche hybrid products already available, such as Craftsman Coaches (503-897-0284). Winnebago Industries has also signed a deal with Motiv Power Systems, which converts medium-duty truck chassis to electric power. Winnebago is selling stripped down electric versions of its Class A motorhomes from its custom Commercial Shell division. Available on 33- and 38-foot Class A commercial platforms, this groundbreaking vehicle claims to deliver 85-125 miles on a full charge, limiting it to short-range, fixed-base applications. The most likely scenario going forward for straight electric motorhomes is that we will get a trickle-down effect from truck chassis manufacturers as new systems are developed.

In general, people have been predicting the end of gasoline or diesel engines for decades. Better bring a lunch, and a tent, if you plan on waiting for that to happen — but it does seem likely that hybrid and/or electric motorhomes will be available at some point in the future.