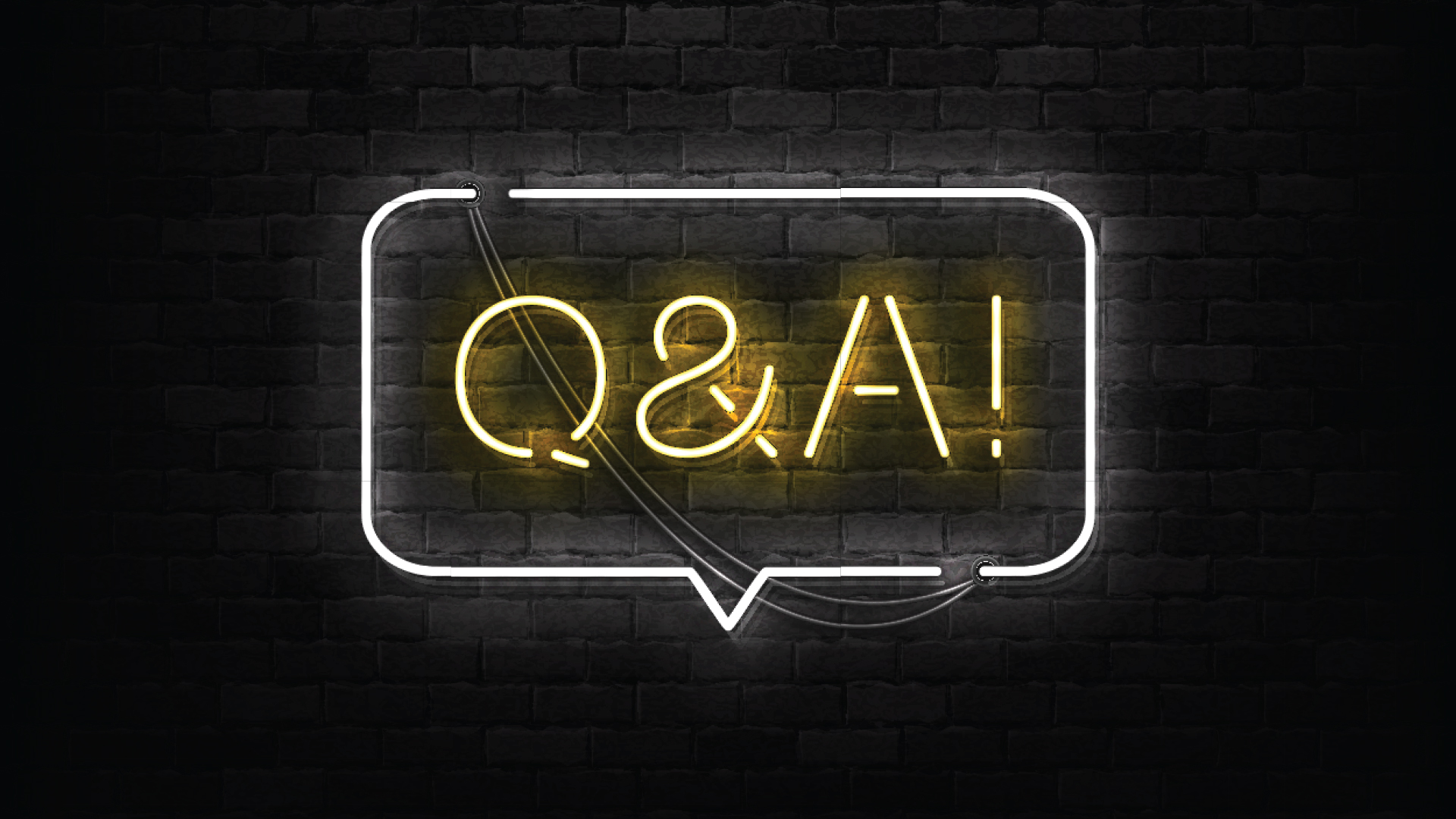 We have a 2004 Winnebago 31-foot Minnie Winnie on the 2003 Ford E-450 chassis with the V-10 engine. I am very concerned about over-speeding the engine when climbing steep grades and trying to maintain a reasonable road speed. It is not equipped with a tachometer, so I don’t know the actual engine speed. These engines are not very well sound-insulated by the factory. To me it seems that the engine is just screaming after the transmission has downshifted one gear. For instance, when I try to maintain at least 45 mph climbing a 7% grade, I’m afraid that I’ll blow the engine by having my foot to the floor on the ascent. Am I being unreasonable with my fear?

You don’t need to worry as long as you use the proper oil, change it regularly and maintain the oil level. The engine computer won’t let you over-rev it and will upshift as you approach maximum rpm. The Triton V-10 is a relatively high-rpm engine, partly because it has smaller and lighter pistons and other reciprocating parts than an old-style big-block V-8 of similar displacement. Peak rated horsepower in the 362-hp, three-valve version occurs at a high 4,750 rpm. Adding an aftermarket tachometer will allow you to monitor rpm. When the fan clutch kicks in at higher temperatures, the additional noise can be construed as higher rpm.

Several times over the last three years, my 2016 Winnebago motorhome with a Ford Triton V-10 engine acts like it is starving for fuel. The problem stops for an hour or so, then starts up again. It will run fine for about a mile then just “choke.” If I let up on the accelerator just a little, it will resume, only to choke again. This happens two or three times, then the engine runs fine. Two RV service people I spoke with have no clues, although a friend suggested it might be a vapor lock. Do you have any suggestions?

Accurate diagnosis of this problem is usually based on miles on the odometer, maintenance history and past repairs. Also, what trouble codes might be stored in the engine control module (ECM). The fact that the engine seems to recover when the accelerator pedal is released indicates that the engine is running out of fuel pressure under load. This would occur if the fuel filter is partially obstructed, or if the in-tank fuel pump is failing. My first step would be to replace the filter and blow through the old filter backward into a clear plastic container to check for contaminants, especially if the filter has never been replaced. If a new filter doesn’t solve the problem, have a technician temporarily connect a fuel-pressure gauge to the fuel-rail fitting and monitor pressure during a whole driving cycle or more until the problem occurs. If the pressure remains in specification at idle, but drops below spec under full load, there’s a very good chance that the fuel pump is going bad.

We purchased a new 2019 Forest River 40-foot Georgetown. I have encountered play/slack in the steering. I have taken it to two Ford dealerships, and everyone is telling me that they can’t find anything wrong. The air pressure in all of the tires is good, so there’s no problem there. I am constantly moving the steering wheel to keep my RV straight in the lane. If there is just a little wind, once I have reached my destination, my arms are exhausted. I would appreciate any help that you can give me.

The motorhome is built on a Ford F-53 chassis, which has a reputation for wandering and a feeling of steering looseness. First, have the steering box and linkage checked for looseness and play. It’s unlikely on a new motorhome, but should be a starting point. Most owners agree that larger aftermarket anti-sway bars are the biggest improvement you can put on the F-53 chassis. The motorhome has a long rear overhang, and most owners have reported they got the best bang for their buck with the rear anti-sway bar, so try that.
There is also a DIY alternative called Cheap Handling Fix (CHF), which stiffens up the anti-sway bars via an adjustment. Another excellent improvement is an aftermarket trac bar (Panhard bar), which keeps the rear axle from moving side to side and can be an even bigger improvement than the anti-sway bar on its own, depending on the vehicle configuration. These are available from companies like Blue Ox, Hellwig, Roadmaster, SuperSteer and Ultra RV.

We have a 2018 Winnebago Sightseer 33C motorhome. My concern is the inconsistent water temperature in the shower. When we dry camp, the shower water temperature fluctuates significantly as the water pump cycles on/off (while showering). Any suggestions as to how to even this out? I’m assuming it is a difference in water-line-pressure losses due to the internal restriction of the water heater.

In the January issue, Tom Kotch wrote about a dash-air problem with his 2015 Jayco Precept. I had this issue with my 2018 Jayco Alante. After checking with Ford (because I bought the Alante used and Jayco only provides a coach warranty to the first retail owner), I took it to an independent RV repair shop and paid $875 to fix it. The tip broke off the actuator door, a $5 part that I was charged $155 for, plus $65 shipping. The balance of this bill was for the labor to fix the airflow directional problem. So Jayco must have an ongoing problem with this.

Thanks for writing. Jayco does not make the dashboard air or heater. The dashboard climate-control system is provided by Ford along with the chassis, which is subsequently sold to Jayco. All dash components are sold through Ford dealers and repairs are described in the factory shop manual. Therefore, warranty work should be directed to an authorized Ford dealer that works on motorhomes.

First, check the outside shower and/or the water-heater bypass valves. If the shower valves are on and the shower head is shut off, the hot and cold can mix, causing this problem. The same goes with water-heater bypass kits with three valves, when all three are in the open position. Next, try adjusting the pump-switch-adjustment screw slightly at the pump, experimenting with different settings. Another option some people have had success with is to install a pair of one-way check valves in the shower-head plumbing (one each in the cold and hot water supplies as close to the shower head as you can). When the pump cycles off, water from the hot or cold can flow just a bit into the other line and create the fluctuation when the pump cycles on again. With the one-way valves in place, the water can only flow in the desired direction. If, however, the shower head is used in the “off” or “dribble” position, you may still experience a bit of this. Last, consider installing a shut-off valve at the shower mixing valves instead of using the shower head to turn flow off while showering, which other folks have reported good results with. Please let us know your results.

This is in regard to the “Sprinter Shimmy” letter from Michael Galvin about the shimmy problem on his 2017 Winnebago Navion. I bought a new 2019 Winnebago View on a 2018 Sprinter chassis. I did a road test before I bought the View and did not notice a shimmy, although I probably didn’t drive faster than 50 mph. After purchase, on the drive home, I noticed a shimmy in the steering wheel above 50 mph. My first thought was the front tires were out of balance. I had the front tires balanced at a local tire dealer. I was told the right front tire took a lot of weights, which was a red flag in my mind. On that drive home, the shimmy was actually worse. I didn’t get anywhere after calling Winnebago and Continental Tire. I called Mercedes-Benz customer care and was told to take the motorhome to an authorized Sprinter dealer, which I did. After spending most of the day there and trying to balance and road test it a couple times, they took the front tires and wheels off of a new Sprinter and did a road test: The problem was gone. They did not have correct size Continental tires but had Michelins, so I had them put on the front. They road-tested it and the problem was solved. I was told that even though they were an authorized Sprinter dealer, they did not warranty Continental tires. On the drive home there wasn’t any shimmy. I have spent numerous hours communicating with Winnebago, Mercedes-Benz and Continental Tire. No one will warranty the Continental tires. I spent $950 on diagnostics and two new tires. I finally received some money back from Winnebago, so at least it helped. I talked to numerous tire dealers about Continental tires, they all said they could get them, but do not warranty them. Yes, lots of frustration and time spent. I think consumers should have a choice of tires on new vehicles.

Vehicle dealers typically don’t have authority to make warranty adjustments on tires; you need to go to a franchised tire dealer for that. When you left the shop and still had a shimmy, you should have turned around and gone back. I’m shocked at how much money you’ve spent.

I prefer to call the problem a “vibration,” as “shimmy” can indicate a condition in which the tires and wheels shake left to right while driving, whereas an imbalance would normally cause an up and down force as the wheels turn. A quick way to isolate a problem like you had is to swap one rear tire and wheel to the front at a time. Do one side, then the other, and test drive each time. If the vibration goes away, you know which corner is the culprit. Sometimes a wheel is bent or out of true; this can be checked on a spin balancer. If you still have the Continental tires, I suggest you read the tire warranty, which should have come with the new motorhome, to see what is covered and what isn’t. If you believe it should be covered, send a certified letter to Continental requesting that the warranty be honored.

Ken Freund has been a contributor to MotorHome magazine since 1988, and has written Coach & Powertrain and its predecessor Powertrain Q & A for two decades. He’s been a camping and travel enthusiast since he was a child.