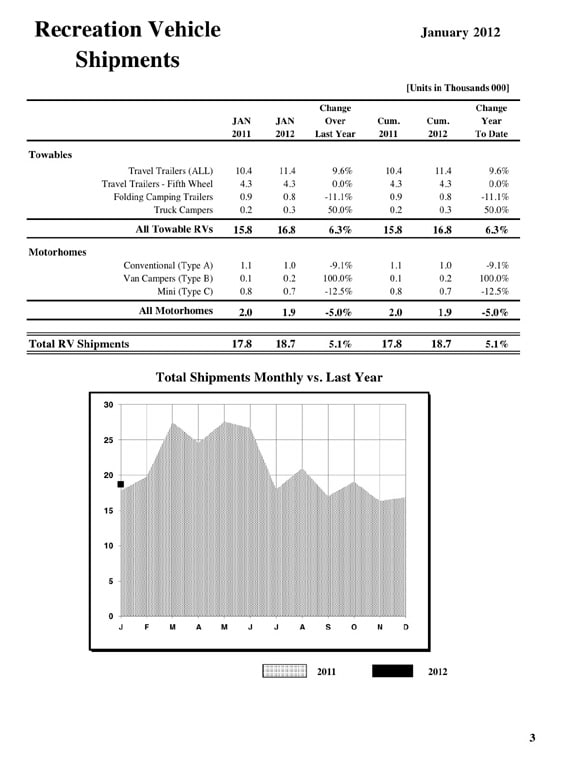 According to the Recreation Vehicle Industry Association’s January survey of manufacturers, RV wholesale shipments to retailers were reported at 18,700 units, a 5.1 percent increase over the total shipped during the same month last year.

Truck campers and Class B motorhomes were ahead on smaller volumes, while the larger gain was in conventional travel trailer shipments. The 18,700 units represent the best January total recorded since 2008.