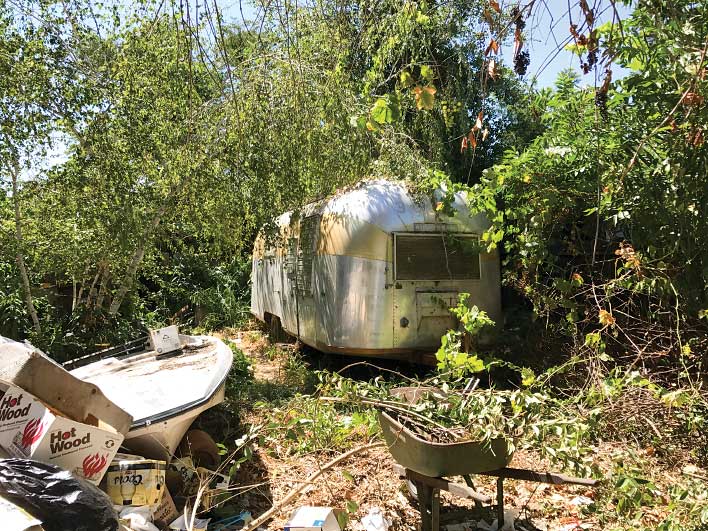 I am a fearless dreamer. Finding a vintage trailer that has been neglected and needs to be rescued invigorates me. I can see through the torn upholstery, water-damaged wood and broken windows to what the trailer could be with a little attention. Often, it turns out that the trailer needs more than a “little” work. The dreamer in me is sometimes unrealistic on just how much work that will be and how many hours a restoration will take to bring the trailer back to life.

In 2017 I heard about a 1961 Airstream trailer that had a gold “stripe” around it. With a dozen years of trailer collecting and restoring under my belt, I knew that this was not a typical Airstream. I jumped at the chance to purchase the trailer, even though it was in terrible disrepair. I paid the asking price and figured I could fix whatever ailed it.

The trailer was so forgotten, it was overgrown with weeds and buried behind years of garbage in the side yard of a home in Modesto, California. It had four flat tires, a residential window air conditioner mounted with silicone, and the subfloor in the front third of the trailer was noticeably rotten from years of leaky windows. Nothing I couldn’t fix! 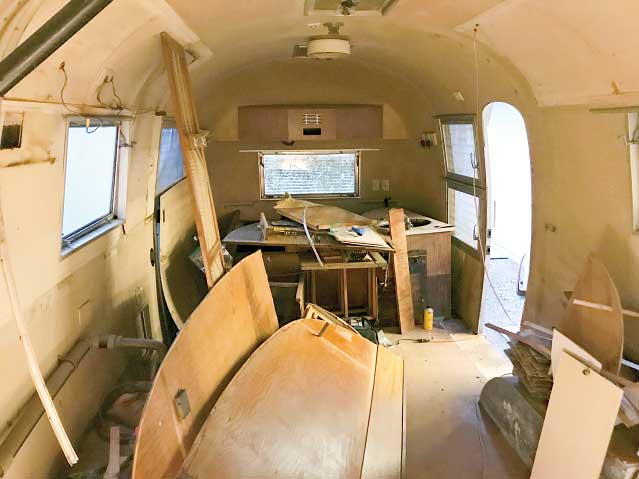 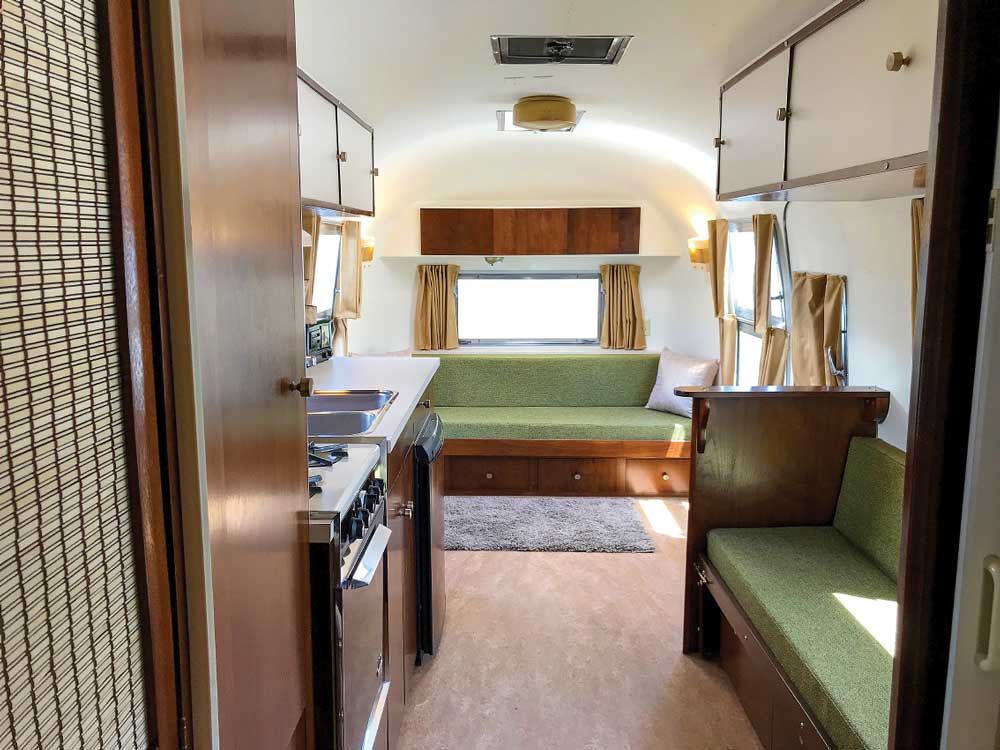 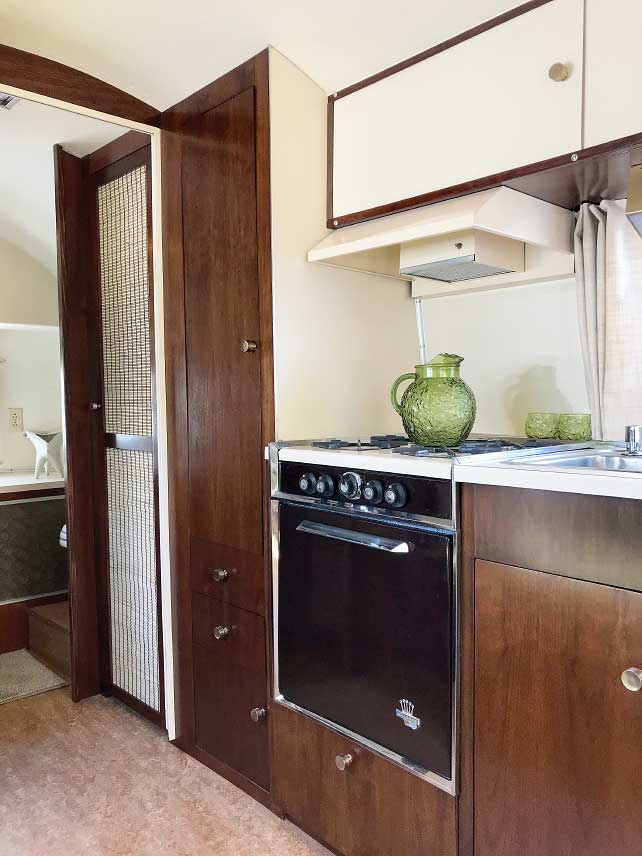 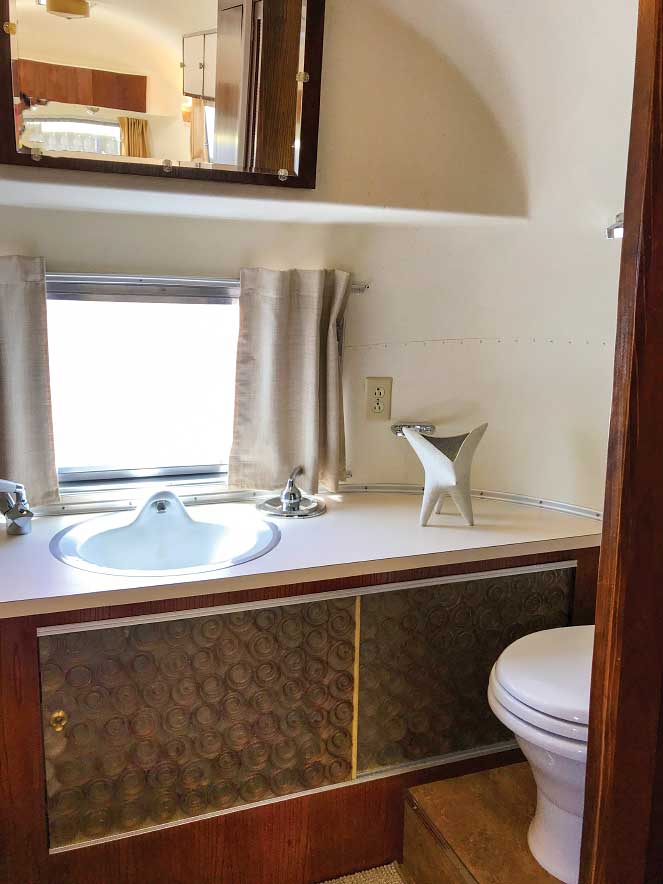 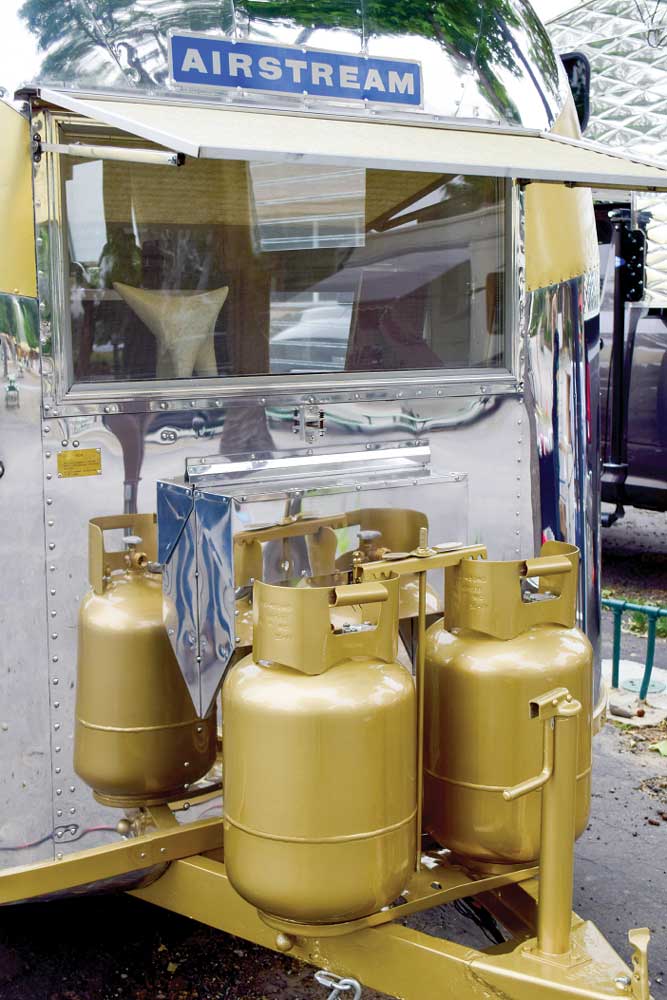 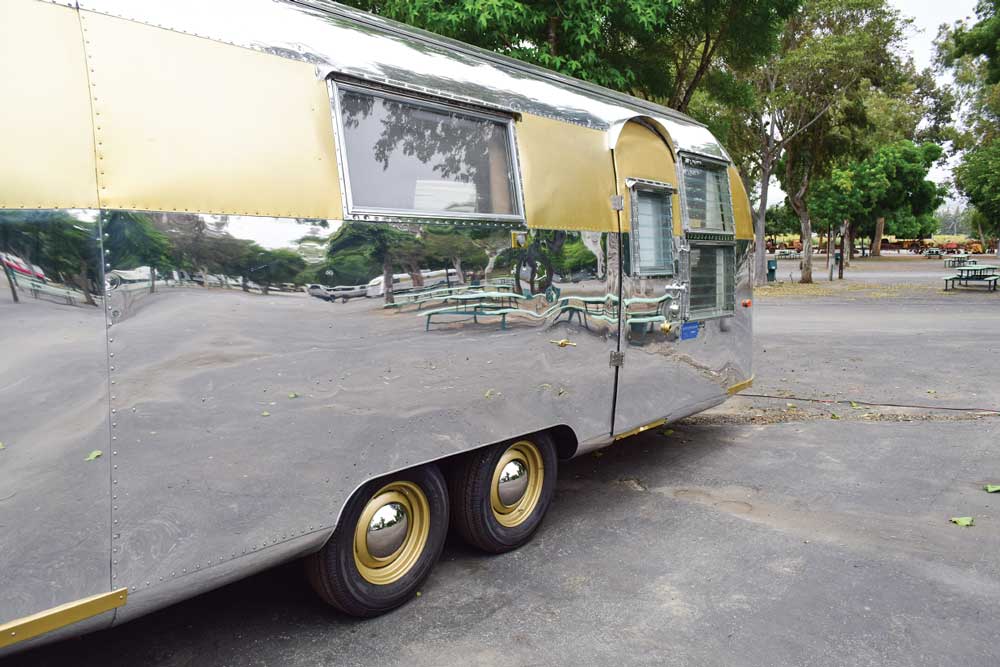 With some research, I determined that the trailer was originally ordered by Art Costello, president of Airstream in 1961. Airstream’s meeting notes about the trailer read: “It is to be an Airstream with distinctive external identification as a Golden Caravan. It is to be built to the principle that no cost shall be spared in providing the finest and most advanced mechanical contrivances and materials for both world cruising and domestic pleasure travel.”

The restoration of the trailer took a friend, Tim Brown, and me the better part of three months to complete. It began by making the trailer roadworthy, starting with new axles equipped with modern electric brakes. The trailer’s interior was completely removed, and most of the subfloors were replaced. The interior walls were repainted with the same material used in 1961, and the cabinets were refaced with black-walnut veneers. 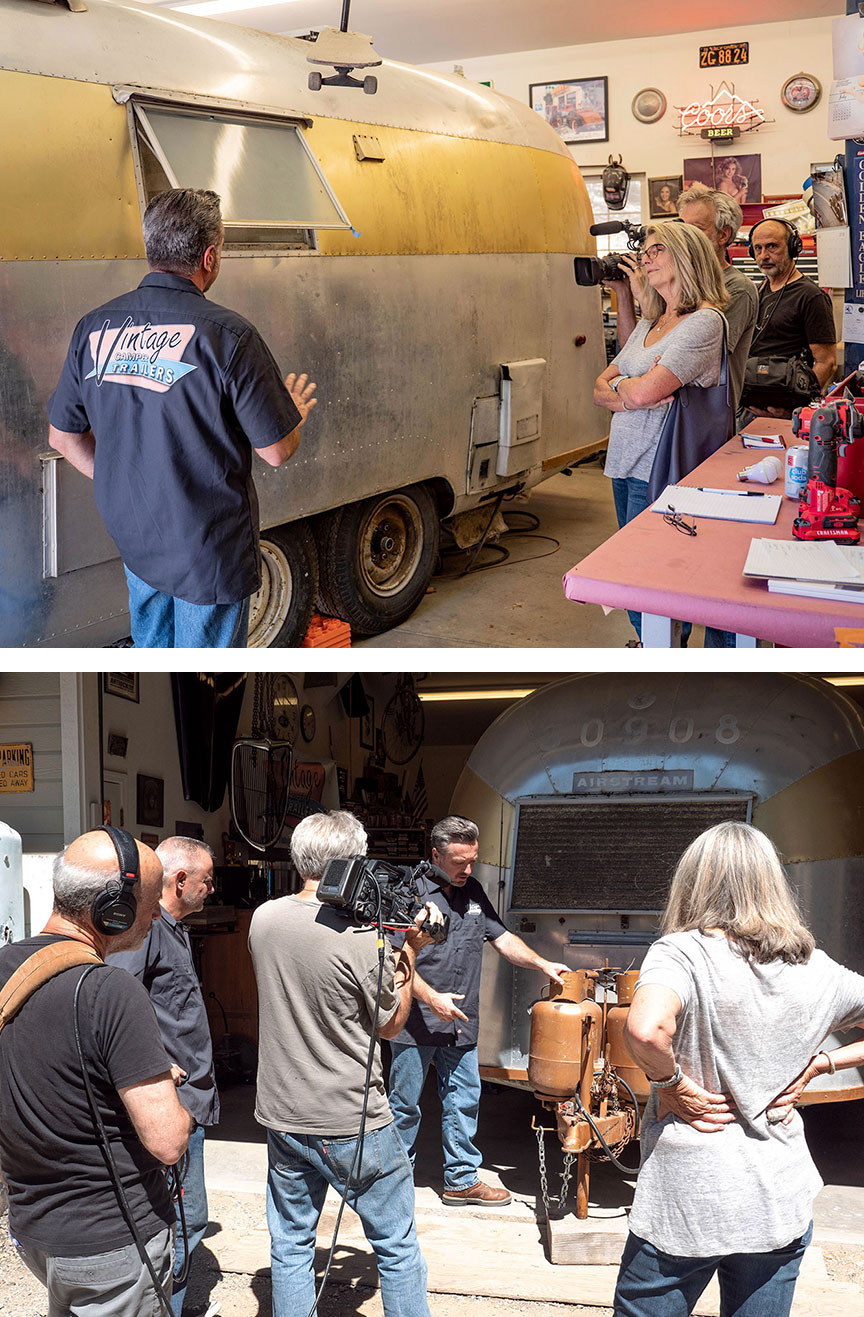 Behind the scenes filming the Ultimate Restorations documentary.

The trailer was complete with the original fiberglass bathtub, finished in gold-metal flake, along with the original light fixtures, sinks and stove, which were refurbished. Sink fixtures are new, for trouble-free operation, but are nearly identical to the almost-60-year-old originals. Fabrics that mimicked the originals were used to keep the mid-20th-century feel of the design. Except for a TV and DVD player hidden at the end of the galley, the trailer is a glimpse of 1960s Americana.

The project was finished in June of 2019 and will be featured in a documentary on the Ultimate Restorations PBS series. The restored trailer debuted that month at the Trailerfest Rally in Hollister, California, where photos were taken for a cover story in Vintage Camper Trailers magazine. In August, the trailer was shown at Hot August Nights in Reno, Nevada, where it won Best of Show in the Trailer category.

The rare Airstream is now part of a private collection of more than 60 travel trailers in Arkansas. The collector has a connection with the Airstream brand and the resources to preserve it indoors in a climate-controlled environment. A fellow dreamer, he now shares in this trailer’s story as its current caretaker.