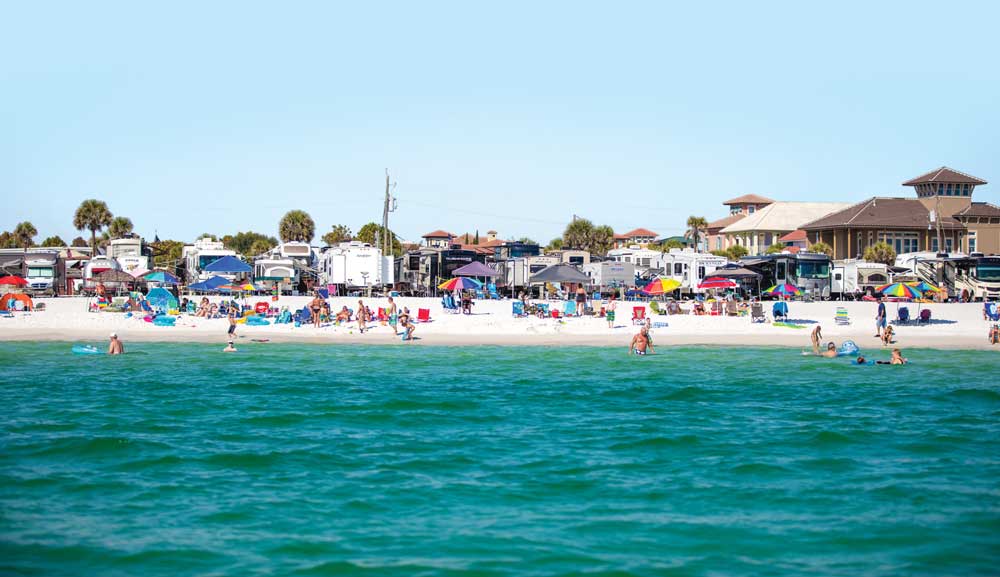 Consumer demand for high-quality RV parks and resorts across the Sunbelt is increasing, reflecting the record sales of RVs that has taken place during the past decade.

But several new parks are being built and new RV sites are expected to be available by early-to-mid 2020 in highly sought after locations in Florida, Alabama, Georgia, Texas and Arizona, according to developers.

Owners of existing RV parks and resorts are also investing millions of dollars in improvements to their facilities, which range from swimming pool renovations to rebuilding and/or expanding their existing parks to accommodate more guests.

Demand is so strong for high-quality RV sites that even relatively new parks are expanding. One case in point is CreekFire RV Resort and Campground in Savannah, Georgia, which opened in October 2017 with 103 sites, two park models and seven cabins. But less than two years after opening, CreekFire is already expanding with another 100 RV sites expected to be available by early 2020, according to Lisa Kizziah, the park’s activities manager.

Camp Gulf offers beachside options among its 200 sites, in addition to a 1,200-square-foot beach house.
Photos courtesy the RV parks

Meanwhile, Ed Mayer of Plaza Lodge LLC was planning to break ground on two new RV resorts in Florida, both of which he expects to have RV sites ready for occupancy in 2020.
These new parks include Anclote River Resort, an upscale 340-site park next to the Anclote River in Pasco County. A 15-minute drive north of Tampa, the park will be within walking distance of the Gulf of Mexico and Anclote River Park, a county park across the street from the resort. Mayer anticipates the first phase of RV sites to be ready by spring of 2020. The resort will also feature modular cottage rentals.

“We have 4,000 linear feet on the lake,” Mayer said, adding that the resort will include RV sites and modular cottages. The first RV sites of what will eventually be a 600-site resort are expected to be ready by fall of 2020, he said.

Farther west, Ed O. Bridgman of EOB Consulting in Theodore, Alabama, is developing a 150-site extended-stay RV park called Homestead RV Community on a wooded site 10 miles south of Mobile. The first RV sites are expected to be available by summer 2020, with more sites being built in response to market demand, he said.

In Texas, development is underway on The Retreat Luxury RV Resort, which features 2,000 feet of shoreline along Lake Houston’s Luce Bayou. The first sites of what will eventually be a 260-site luxury RV resort are expected to be available by early 2020, according to Terry Munoz, vice president of recreational properties for The Signorelli Co. in Woodlands, Texas.
Meanwhile, Arizona’s newest private park, Verde Ranch RV Resort in Camp Verde, is expected to be opened as you read this with 402 RV sites and 16 vacation rentals.

“There is definitely availability for snowbirds. We’re encouraging folks to call and go online,” said Lisa Harold, chief operating officer of Contemporary Resorts & Residences, which is developing the resort.

Located about 30 minutes from Sedona along the banks of the Verde River, Verde Ranch RV Resort will offer kayak and ATV rentals as well as concierge services, including booking hot air balloon rides and tours of Sedona and other nearby attractions, Harold said.
Farther to the South, Carl J. Rygg is building Sonora Lake RV Resort, a 70-site resort on a 20-acre site 13 miles north of downtown Gila Bend. The resort, which Rygg expects to open later this year, includes a 2-acre lake that will be suitable for swimming and kayaking. Park amenities will include a full-service restaurant, a 3,000-square-foot clubhouse and pickleball and tennis courts.

Rygg said he also plans to provide guided tours of the desert backroads for snowbirds who would like to explore the desert but don’t have their own off-road vehicles.

Even farther west, the first campsites at The Arroyos Preserve Luxury RV Park Campground, 7 miles south of Quartzsite, are expected to be available by spring of 2020, according to James Kunisch of Landway Development Corp. in Glendale, Arizona.
The resort will be built in phases as a destination resort on a 50-acre site. Reflecting market demand, the resort may eventually have as many as 310 RV sites, each of which will have scenic views of the palo verde and mesquite trees that grow naturally in the area.
Kunisch said the resort will cater to off-road-vehicle enthusiasts, especially visitors who want to tour the Arizona Peace Trail, a 750-mile loop of off-roading trails and roads in Arizona’s Sonoran Desert. 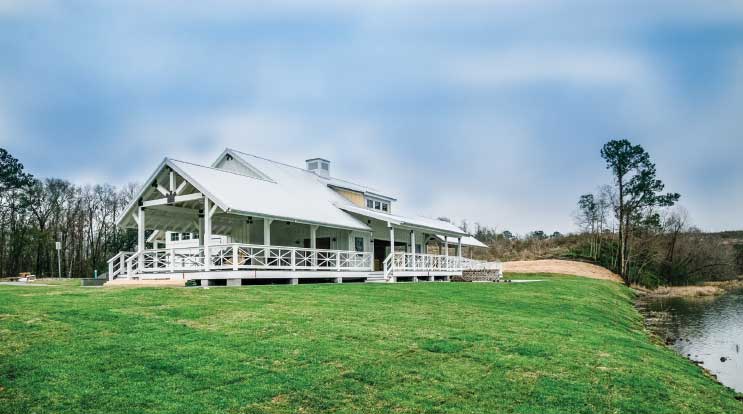 Back in Phoenix, Jimmy Watson and his brothers, Joe and George, of Watson Brothers LLC, are busy rebuilding and expanding the 200-site Deer Valley RV Park with $1 million worth of improvements, including a new clubhouse and check-in area, a new swimming pool and 14 more pull-through sites. The improvements and expansion are expected to be completed by January 2020, Jimmy Watson said.

The Watson brothers are also investing in major improvements to several other Arizona RV parks, including $200,000 to $250,000 worth of improvements to the 225-site Arizona West RV Park in Yuma, which is being outfitted with new electrical infrastructure, a remodeled clubhouse, pool and spa, as well as new pickleball and bocce ball courts.
The Watsons have also spent about $1.5 million in improvements to the 400-site Friendly Acres RV Resort in Yuma, which they acquired two years ago. Improvements include renovating the park’s swimming pool, and the interiors and exteriors of five different buildings, upgrading all of the electrical connections in the park to 50-amp service, and installing new pickleball and bocce ball courts, plus a dog park.

The Watsons continued their investments with about $250,000 in improvements to Desert’s Edge RV Park in Phoenix, which they acquired in 2017, upgrading the park with a remodeled pool area and office, new landscaping and dog parks, and new electrical infrastructure. Other investments include about $200,000 worth of improvements to the roads and amenities at Palm Drive Mobile Home and RV Park (928-684-2376) in Wickenburg.

Voyager RV Resort in Tucson, for its part, spent the summer months renovating its 36-room hotel in preparation for the upcoming winter season. The hotel rooms are typically used by guests of residents staying at Voyager during the winter months.

Campbell added that “We expect to have the renovations completed by November 1.”
Meanwhile, back in Florida, Pat O’Neill and his family have been busy making improvements to two parks, including Camp Gulf in Miramar Beach, near Destin, and Twin Lakes Camp Resort in DeFuniak Springs.

Camp Gulf, a 200-site RV resort, features beachfront campsites, a 1,200-square-foot beach house and 20 cabins. At the time of this writing, the O’Neills were renovating the park’s 150-seat activity center with snowbirds in mind. Improvements include installing new carpeting, new furniture and sound-proofing curtains, in addition to adding new lights and fans and a 100-gallon saltwater fish tank. A koi pond is also being installed outside the activity center. The O’Neills also completely renovated the exterior of Camp Gulf’s bathhouse.

Phase two of the renovation, scheduled to be completed by this fall, includes construction of additional indoor/outdoor space for another 100 people for meals and entertainment, as well as the installation of more new furniture and a new PA system.

The O’Neill family is also busy making improvements to Twin Lakes Camp Resort, a 55-site campground roughly 40 miles northeast of Camp Gulf. The improvements include building three tiny lakefront homes, which O’Neill expects to be completed by the end of the summer. The 28-by-10-foot steel-framed units sleep two to five people and have a view of Holley Lake.

The O’Neills have also purchased two existing lakefront homes next to the campground and are renovating them so that they can be used as rental units for snowbirds and other visitors.

“The headboards and footboards of the beds are made of sinker cypress and pecky cypress,” O’Neill said, adding that hot tubs are also being installed with each lakefront house.

Seven furnished Eco-Tents are also being set up around the lake.

“The tent centerpiece is the king bed with headboards made from 100-year-old sinker pine,” O’Neill said.

All of the rental units at Twin Lakes Camp Resort are also outfitted with 100-year-old Coleman lanterns, a park trademark. “They have been converted to electric with LED lights, which makes them safer, while still offering nostalgia,” O’Neill said.