Return of the Brave 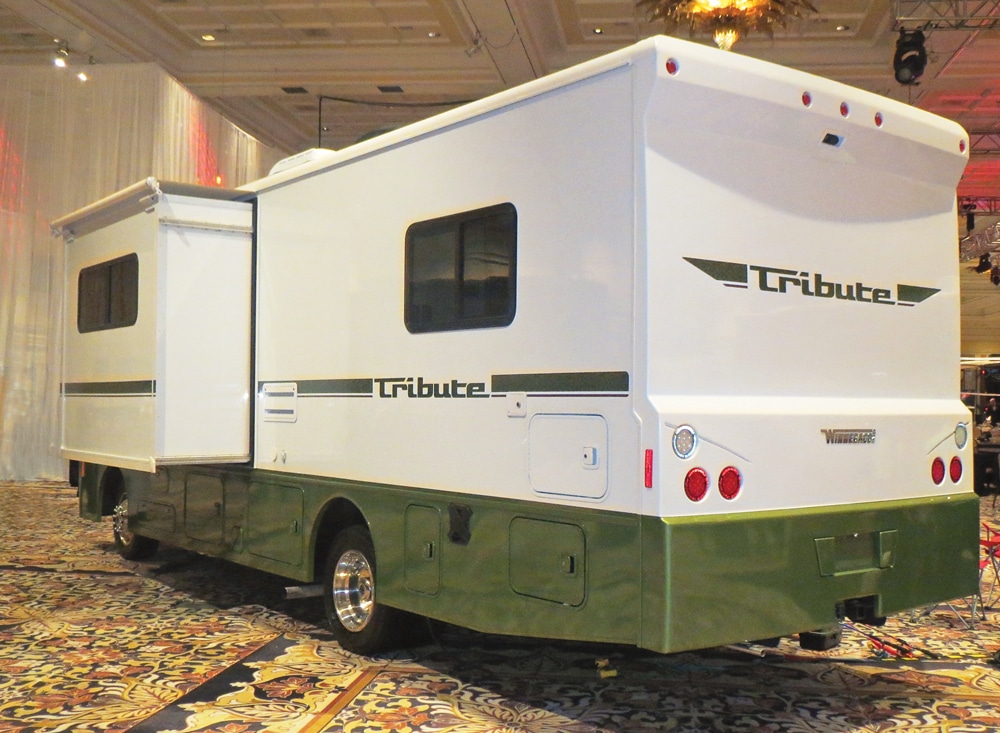 The Winnebago Brave symbolizes motorhome travel during the ’60s and ’70s, and for those of you who long for those golden years, you’ll be happy to know that the Brave is back. Sort of.
Like the current generation Chevy Camaro, Ford Mustang and Dodge Challenger, the Winnebago Brave and its sibling, the Itasca Tribute, bear an unmistakable resemblance to the original models, yet are thoroughly modern otherwise. Two floorplans, the 26A and 27B, will be offered initially, along with a choice of three exterior graphic packages with ’60s theme names like Mello Yello, Woodstock and Aquarius. The interior design is simple and clean with punches of color and industrial design elements that give it a retro-modern appearance.

The Brave and Tribute should be released by the time you read this, and the msrp is expected to start in the low $90,000 range.
Winnebago Industries | www.gowinnebago.com or www.goitasca.com